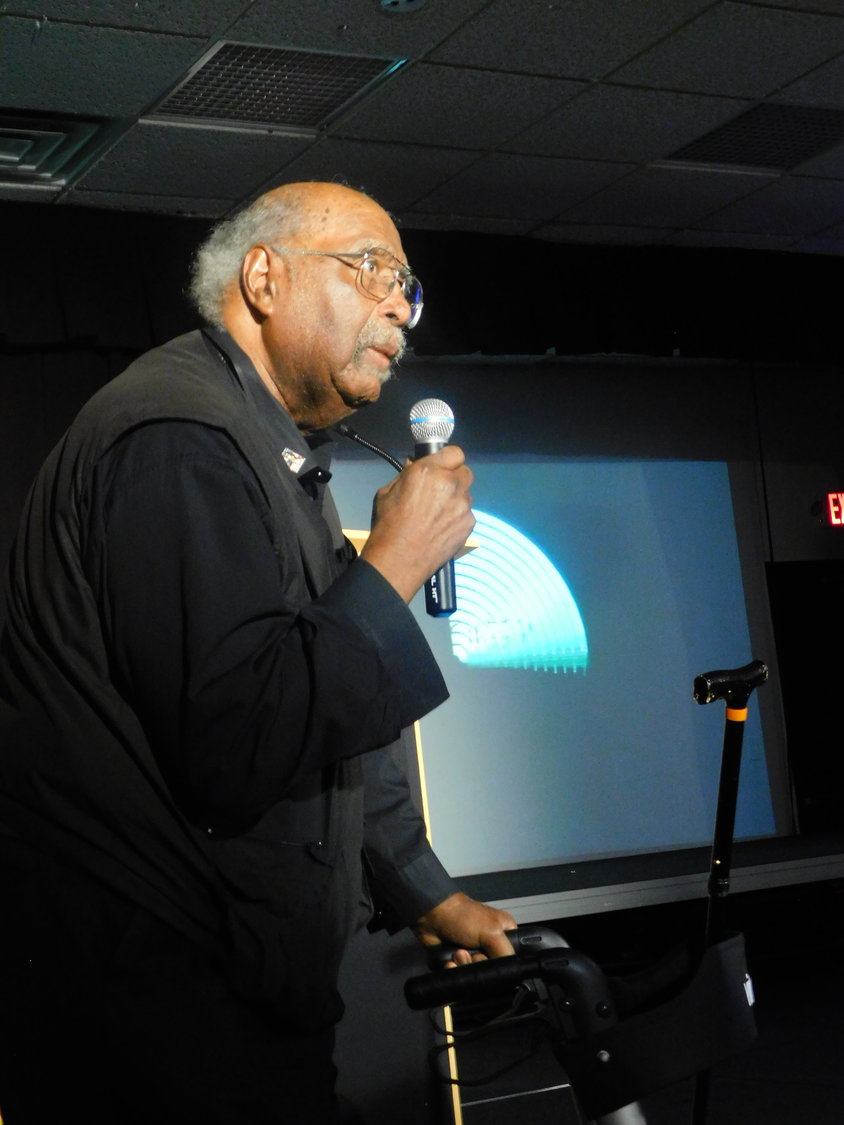 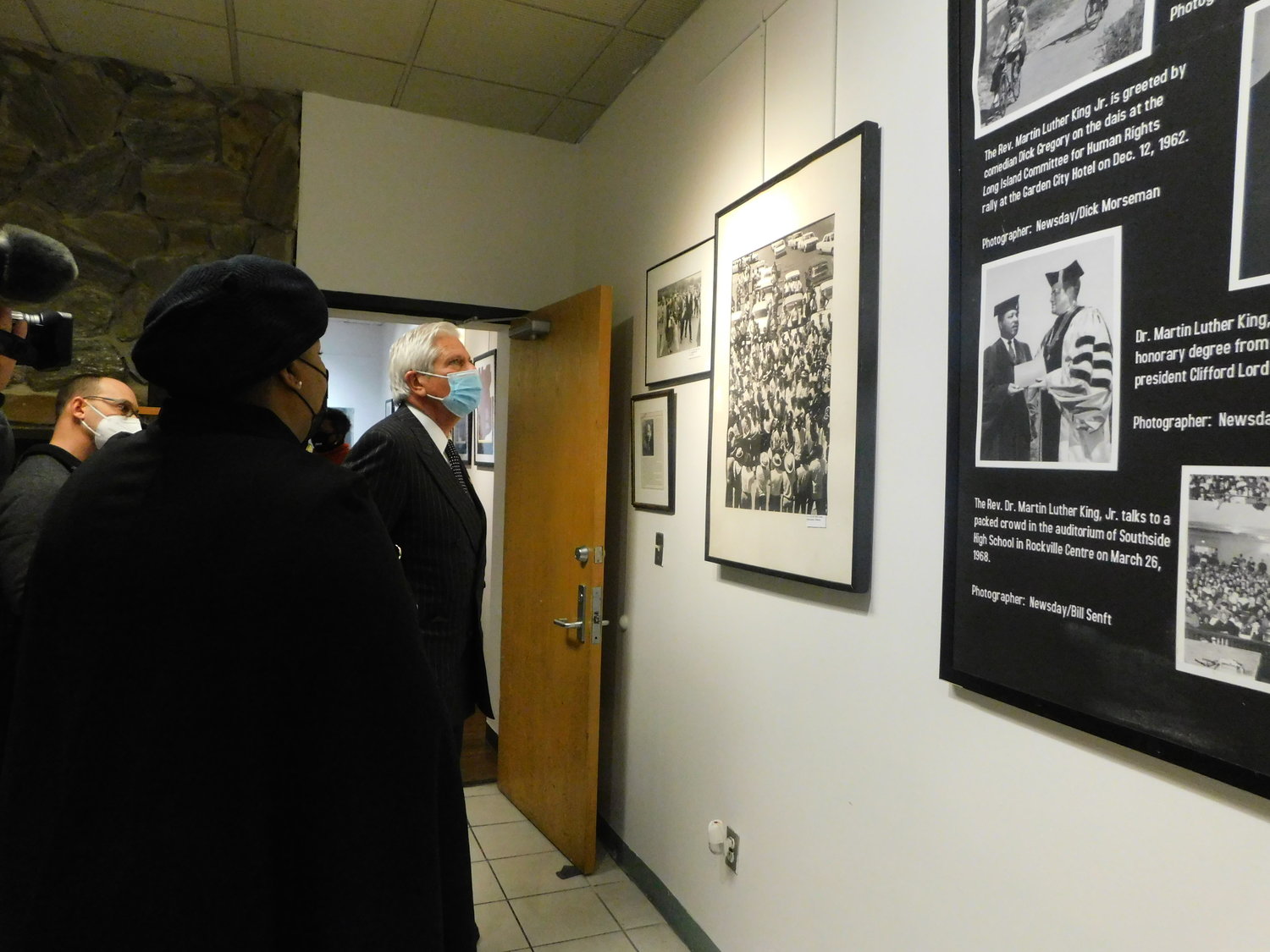 Nassau County Executive Bruce Blakeman examined a display about Martin Luther King Jr. at the Joysetta and Julius Pearse African American Museum of Nassau County prior to a commemorative program in the museum's auditorium ].
Reine Bethany/Herald 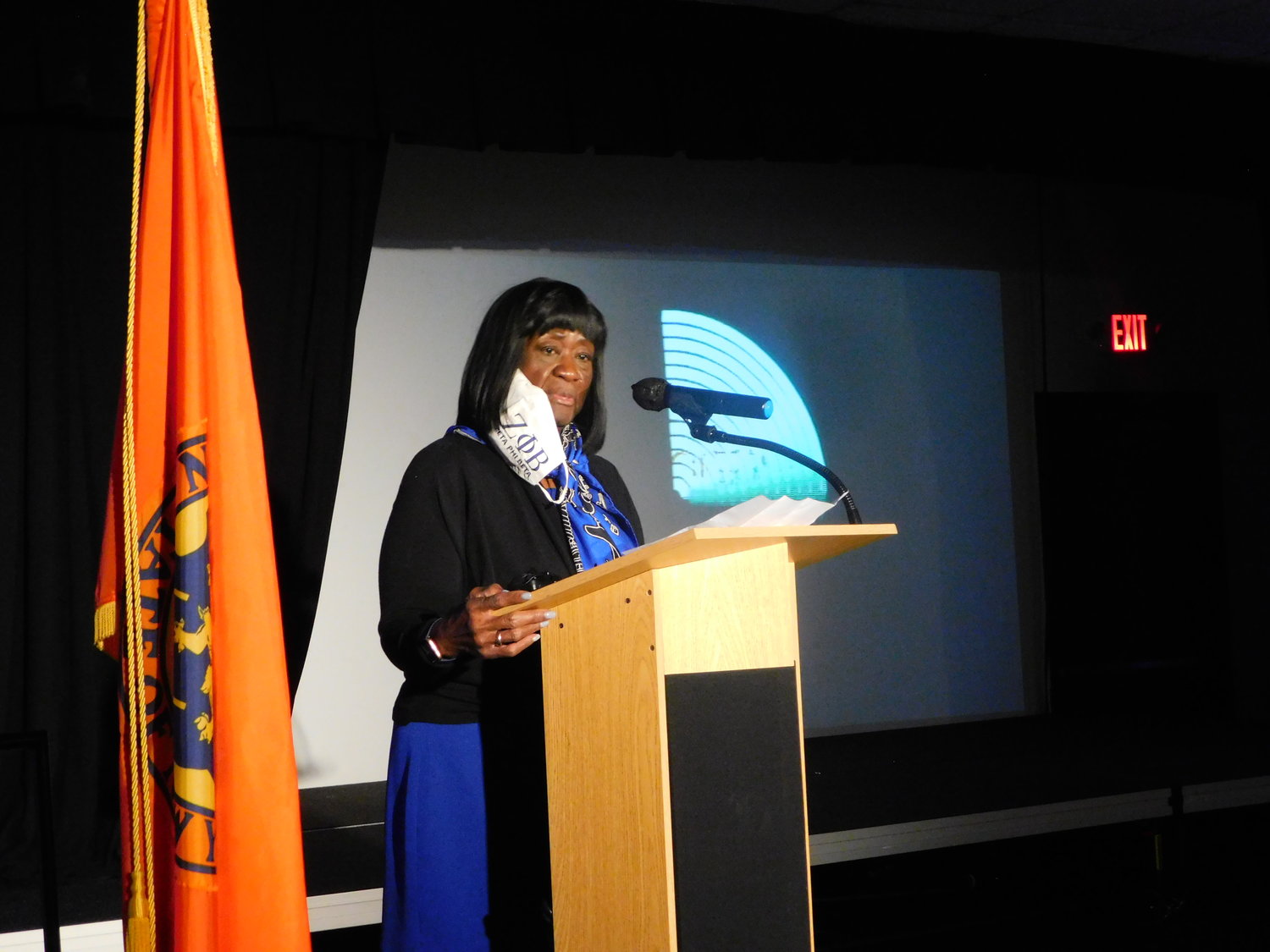 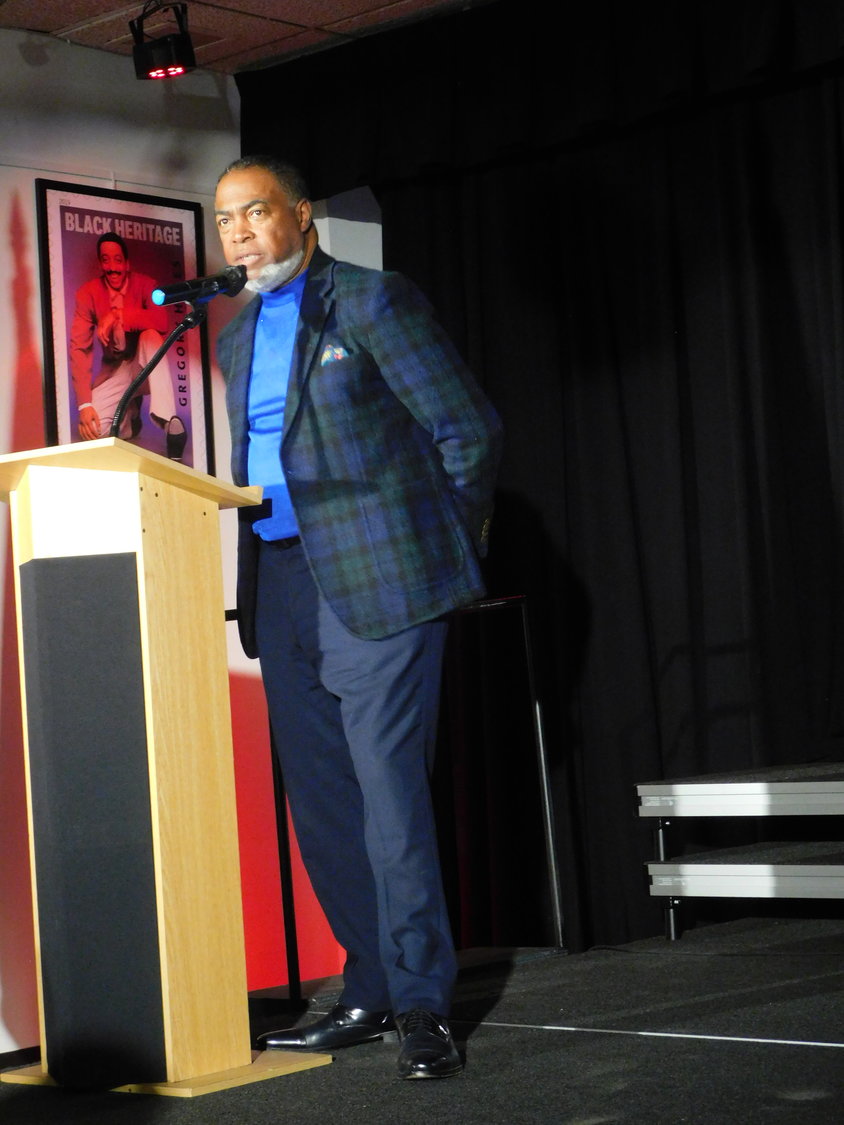 Pearse has overseen the museum since his wife, Joysetta, died last June. She had been executive director of the gallery, at 110 N. Franklin St., since 2012. Together, the couple had run the African Atlantic Genealogical Society from an office in the museum since 1994, and Pearse still oversees that as well.

Before a 2:30 p.m. program in the museum auditorium, Blakeman checked out the museum’s extensive exhibits with volunteers Monet Green, Anthony Richards and Audrey Hadden.

When Monday’s program began, Pearse was asked to speak by Green, the emcee. He spoke of how he had come to Long Island from North Carolina in the late 1950s because his father worried that his activism against segregation would get him into trouble.

Upon joining the Freeport Police Department, Pearse also joined the Nassau County Guardians, an association of Black law enforcement officers that formed in 1960. In 1981, with Joysetta, Pearse founded the Martin Luther King Birthday Celebration Committee of Nassau County – two years before the federal holiday was signed into law by then President Ronald Reagan.

“With the help of the legislators such as Mr. Bruce Blakeman and Dorothy Goosby here,” said Pearse, referring to the county executive and Hemsptead Town’s senior councilwoman, “we will keep the image [of King] alive and going and let people know that we were not just slaves. We made a heck of a contribution, and the country would not be where it is today had it not been for the contributions and the efforts of Black folks and particularly Black women.”

Blakeman spoke to the crowd of growing up in Valley Stream and watching King speak on TV.

“Dr. Martin Luther King Jr.’s message is that we can overcome, if people of good will, people who want to do the right thing, get together and stand up to evil,” Blakeman said, “like Dr. King did, like Senior Councilwoman Dorothy Goosby did, like Julius did. So I have to tell you, it’s been a highlight for me to be here today … You’re going to have a really good friend in me as county executive, a friend to the community and a friend to this museum.”

Goosby spoke frankly of issues still unresolved in Hempstead, her home village, particularly the continued overcrowding of Hempstead’s public schools, where too many children still must take classes in poorly heated trailers attached to century-old buildings.

“We have to do something better than what we’re doing, not just sit here, because it’s Martin Luther King’s birthday, and we’ve got to do something to make sure we’re honoring what he’s done,” Goosby said. “We can do it if we work together.”

After viewing “In Remembrance of Martin,” a moving documentary about King, Bishop Phillip Elliott of Antioch Baptist Church in Hempstead delivered the closing address. Eliott recalled that in his hometown of Lynchburg, Va., racial bigotry was fierce.

As a consequence of the 1954 Supreme Court decision, which declared segregation in schools inherently unconstitutional, Elliott said, “Any person who lived in that area had to leave the state to finish their schooling because, rather than integrate, the [Prince Edward County leadership] shut the schools down. They poured cement into the pools rather than allowing Blacks and whites to swim in the same pools.”

Elliott concluded with King’s description of the human condition: “‘We are caught up in an inescapable network of mutuality, tied in a single garment of destiny.’ We need each other,” Elliott said. “Mr. Pearse, we’ve needed you. Thank you for calling us together. And we need the next generation to step up and march on until we all are free at last.”

Attendee Michael Williams, Freeport’s first Black deputy police chief, said the documentary film was moving. “On Martin Luther King Day,” Williams said, “I reflect back on all the work he has done, and I see that some of the things he fought for are still a challenge today.”

Williams, who was educated in the Roosevelt School District, came with his family to Freeport at age 8 and has lived in the village more than 40 years. Long Island’s patterns of segregation have not changed much since his childhood. Some places, like Roosevelt and Hempstead Village, are still majority-minority, though with a higher percentage of Latinos than before.

“Freeport is pretty diverse, 30 percent Black, 30 percent Hispanic and 30 percent white,” Williams said, “and about 10 percent other. … We should continue to honor the work that Martin Luther King Jr. has done. We should lift up the current activists of our time who are continuing to carry on his legacy and are promoting nonviolence and equality for all.”