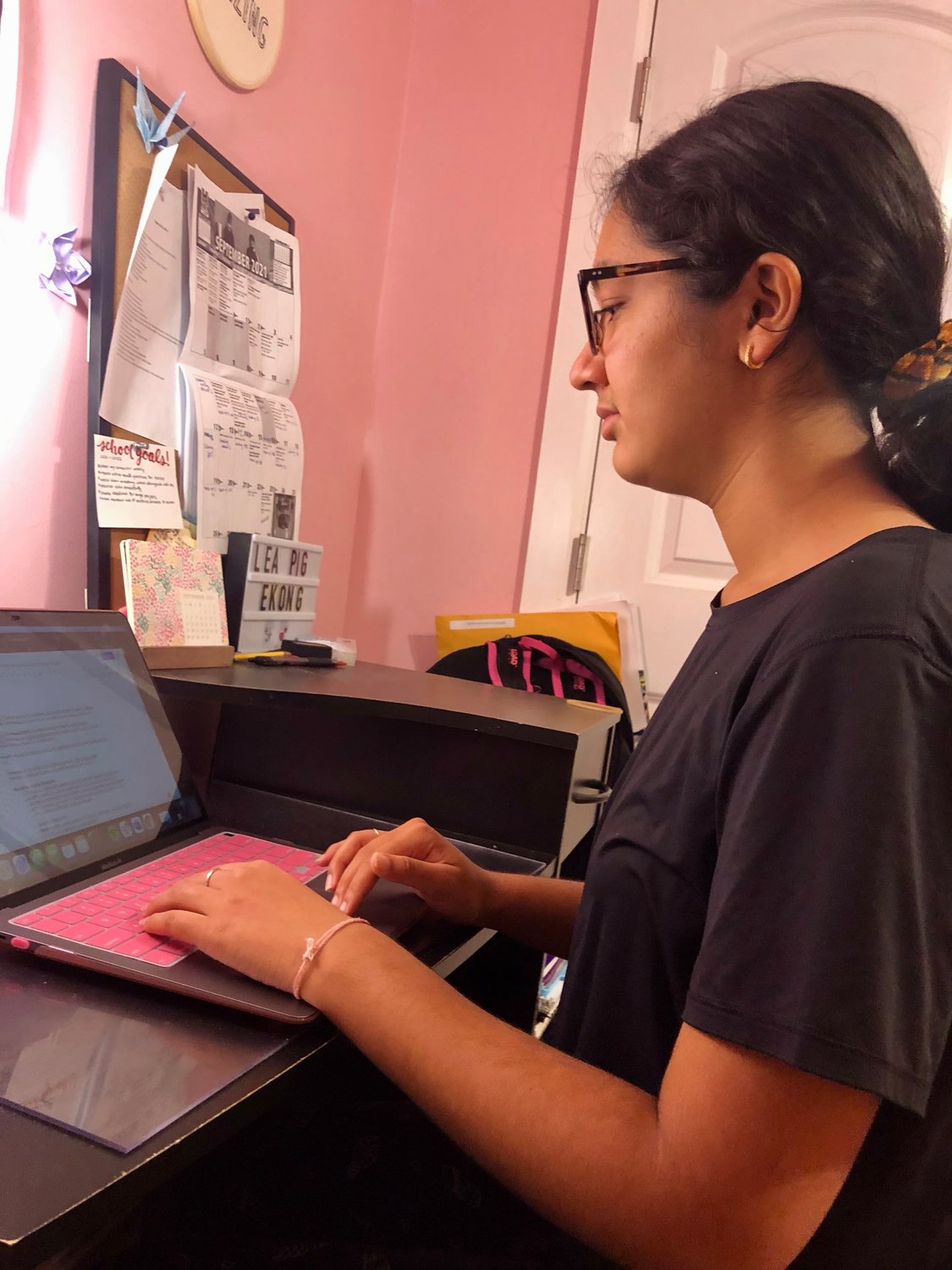 A Hewlett High School junior who joined the school’s Spectrum Newspaper club in her first year to ease the adjustment from middle school quickly gained an editorship position as a sophomore and now is also the student columnist for the Herald’s Hewlett Happenings column.

Hiral Chavre, who became co-assistant editor of the Hewlett High’s Spectrum newspaper in her sophomore year, said she enjoys writing and keeps up to date on emerging technologies, writing relevant articles on the online platform Medium. She was also part of the middle school newspaper club.

The high school’s newspaper club is open to anyone, however by exhibiting commitment and leadership qualities, Chavre has risen to an editorship. Math teacher and Spectrum co-adviser Rick Royals recognizes her journalistic talent.

“Hiral does a great job for Spectrum,” Royals said, “She is great with deadlines, editing her writers’ articles and is on track to be our news editor.”

Spectrum, which has captured several awards over the years from the New York Press Association in the its high school category, releases seven issues per year, roughly one issue every six weeks, about news within the school and across the world.

“It is this centralized news source for students to learn about what’s going on in school, as well as in the world, and I think it’s just really a convenient way to help inform the student body,” Chavre said.

She said relationships have formed with her peers in the club, which is made up of roughly 20 students at the editor and assistant editor level, with an additional 20 being writers, artists and photographers.

“A lot of people look forward to it,” Chavre said about the publication, “There’s always a lot of people interested, contributing to this. We have photo, art -- so many different departments that all come together to make it work, along with our advisers.”

After being promoted to the assistant-editor position, Chavre’s ambitions did not stop. She heard about one of her peers writing for the Nassau Herald in the past. Exhibiting the initiative she has showed at the Spectrum, Chavre contacted the Nassau Herald and earned the gig as a student columnist. Her first column appeared in the Sept. 23 edition.

Both Spectrum advisers, Royals and English teacher Rosemarie Abrigani, were not surprised by the ambitions of their student.

“We would imagine that Hiral will make the most of the opportunity,” Royals said. “We have no doubt that she will bring what she learns from her experience with the Herald to share and apply to Spectrum.”

Abrigani said that Chavre’s editorial skills have been an asset to the club. “Hiral has been a dedicated, necessary part of Spectrum,” Abrigani said. “It comes as no surprise that she would earn a column in the Herald. Hiral will be able to touch the lives of community members as she does for our school community.”