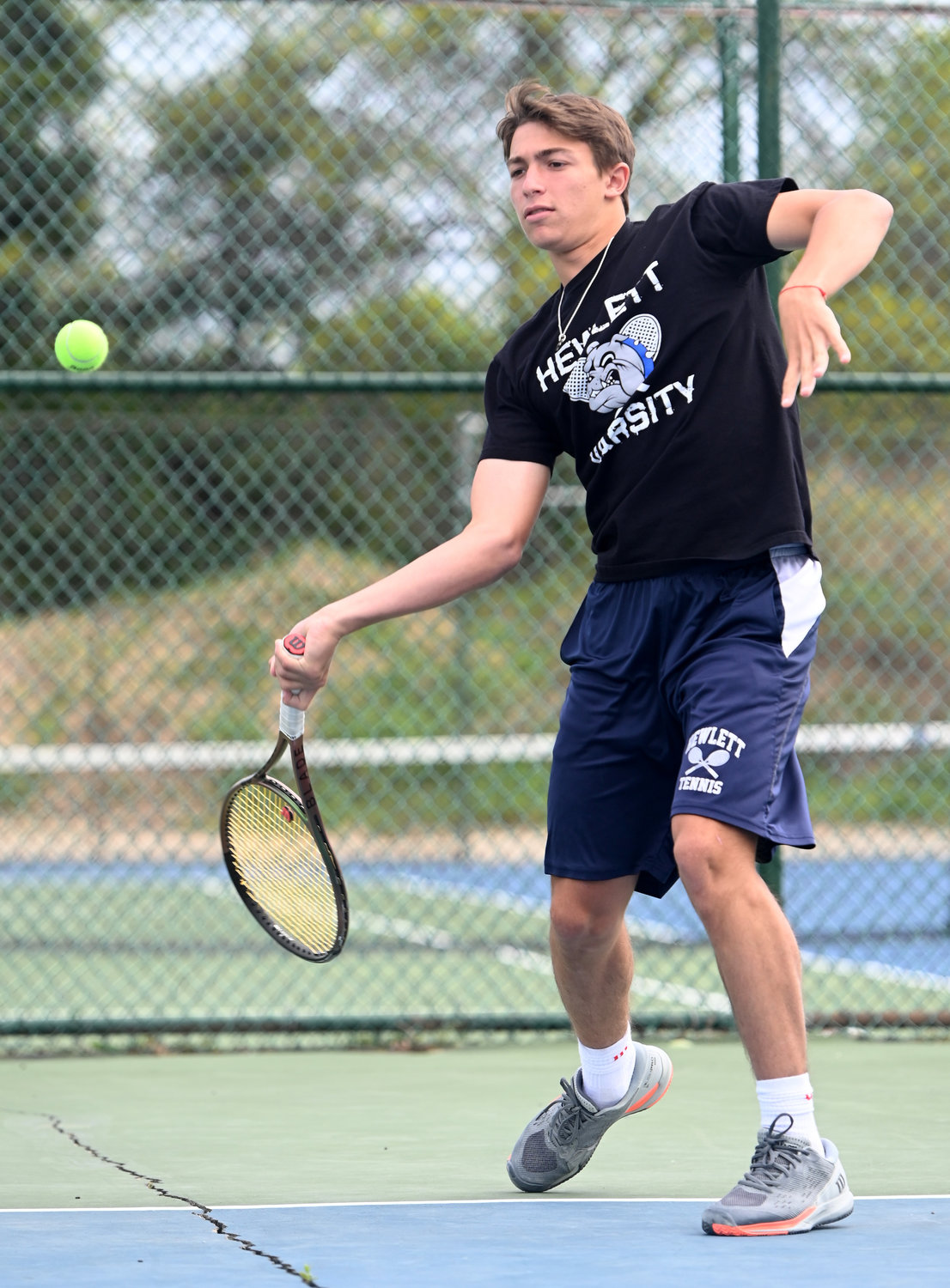 Led by undefeated No. 1 singles player and defending county champion Stephan Gershfeld, the Bulldogs entered the regular-season finale with an 11-2 mark and a playoff spot secured thanks to a runner-up finish to Wheatley in Conference II-A.

In addition to the Nassau team playoffs, Hewlett will look to make noise this weekend at the county individual championships at Eisenhower Park with Gershfeld favored to defend his title, and its second and third singles players joining forces in the doubles tournament.

“Stephan plays USTA tournaments all over the country and I’ve never seen him pushed to the limit in a high school match,” Raikos said. “He hasn’t lost a set in my two seasons as coach. He’s an extremely talented and very smart player who easily adjusts to an opponent’s strengths and weaknesses.”

Last June, Gershfeld, now a junior, captured the county singles crown by defeating Roslyn’s Mikey Weitz 6-2, 6-1 in the finals. That victory came hours after Gershfeld topped Great Neck South’s Albert Hu 6-3, 6-1 in the semifinals. Hu is considered this year’s main challenger to Gershfeld according to Raikos.

If Gershfeld repeats, he’ll advance to the state tournament set for June 2-4 at the National Tennis Center in Queens. There was no state tourney last season due to the pandemic.

Sherman will team up with senior Benjamin Grushkovskiy, the Bulldogs’ returning starter at third singles and a two-year captain, and look to make another run in the county doubles tournament after reaching the semifinals last year. Grushkovskiy compiled 11 wins.

“Ben was able to grind out some tough matches,” Raikos said. “He plays with so much heart. He’s a big kid, about 6-foot-3, and our big hitter. He has a huge serve and forehand and likes to come to the net.”

In doubles, Hewlett’s locked lineup for the stretch run featured senior Daniel Savransky and freshman Dylan Weinman as the top pair, junior Justin Valentine and sophomore Ryan Weinman at No. 2, juniors Gregory Fradlis and Ethan Golduber at No. 3, and senior Benjamin Sherman and sophomore Alexandre Tourneux in the fourth spot.

Valentine and Ryan Weinman were paired together last spring and enjoyed a strong finish, Raikos said. They picked up where they left off as well winning 12 straight matches. “They have tremendous chemistry,” she said.

Fradlis improved as much as anyone on the roster, Raikos noted, and his strong baseline game worked well with Golduber’s aggressive net play.