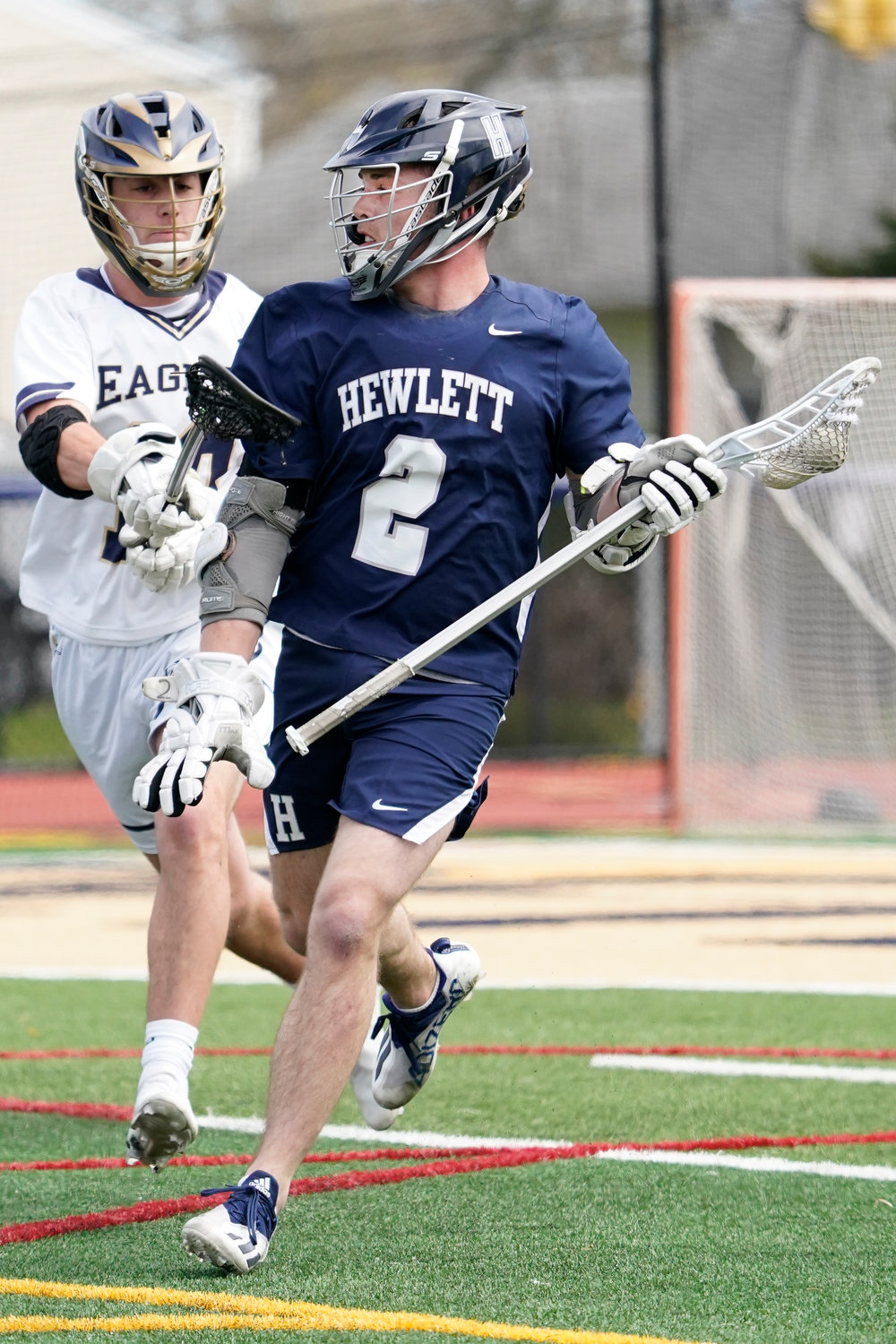 Shutting out highly touted Calhoun in the second half of a season-opening 6-4 victory provided an early confidence boost Hewlett’s boys’ lacrosse team needed.

Prior to getting two goals and two assists from junior Max Mariasch and a dozen saves from senior goaltender Daniel Reznikov to knock off the Colts, the Bulldogs hadn’t tasted victory since May 13, 2019.

“It was my first win as a varsity head coach and I couldn’t be prouder of the kids,” Hewlett coach Dale Pescitelli said. “Calhoun is ranked pretty high in Class B and we knew we had to play close to flawless lacrosse. I thought our zone defense gave them some problems.”

“He took a legal whack on the hand and even though it wasn’t the worst-case scenario with the type of fracture he has, it’s up in the air if he’s going to return,” the coach said of Reznikov, a returning starter. “Not having his leadership alone is a huge loss.”

Lankri won four of his first five varsity appearances, including a wild comeback 9-8 victory over North Shore on April 9 that saw him make nine saves — a few on the doorstep, Pescitelli said.

With an inexperience netminder, the play of the defense, led by lone returning starter senior Carmelo Curra, converted midfielder senior Ryan Player, and juniors Matteo Preziosi and Ian Fleurant, is that much more important, Pescitelli said.

“Those guys are doing a tremendous job in the back,” Pescitelli said.

The Bulldogs lost all 13 games last spring following the cancellation of the 2020 campaign due to the pandemic. They entered this season seeded 14th out of 22 Nassau Class C schools and have turned heads so far with an overall record of 5-3, including 4-1 against conference rivals.

“We’re grinding as well as we can,” Pescitelli said. “We’re going into every game thinking we can win. The morale is great and hopefully we can continue to beat the teams ranked below us and maybe steal another one against a team ranked above us.”

Hewlett won a thriller over North Shore, 9-8, on April 9. Junior Ryan Goodman capped an unlikely comeback with his third goal of the game off an assist from Mariasch, his fourth, with four seconds remaining. Mariasch and Auerbach also had hat tricks.

“We were down 7-3 early in the third quarter and that game shows the type of team we have,” Pescitelli said.

Mariasch and senior midfielder Mark Winkler had 46 points apiece last spring and continue to lead the offense. Mariasch has 37 points, including 17 goals, through eight games, and Winkler has 16 goals. Auerbach and Goodman have 10 goals apiece.

In addition to North Shore, the Bulldogs have conference wins over Malverne/East Rockaway, Friends Academy and West Hempstead.