Inwood native Nicholas Fabrizio was driven to help others 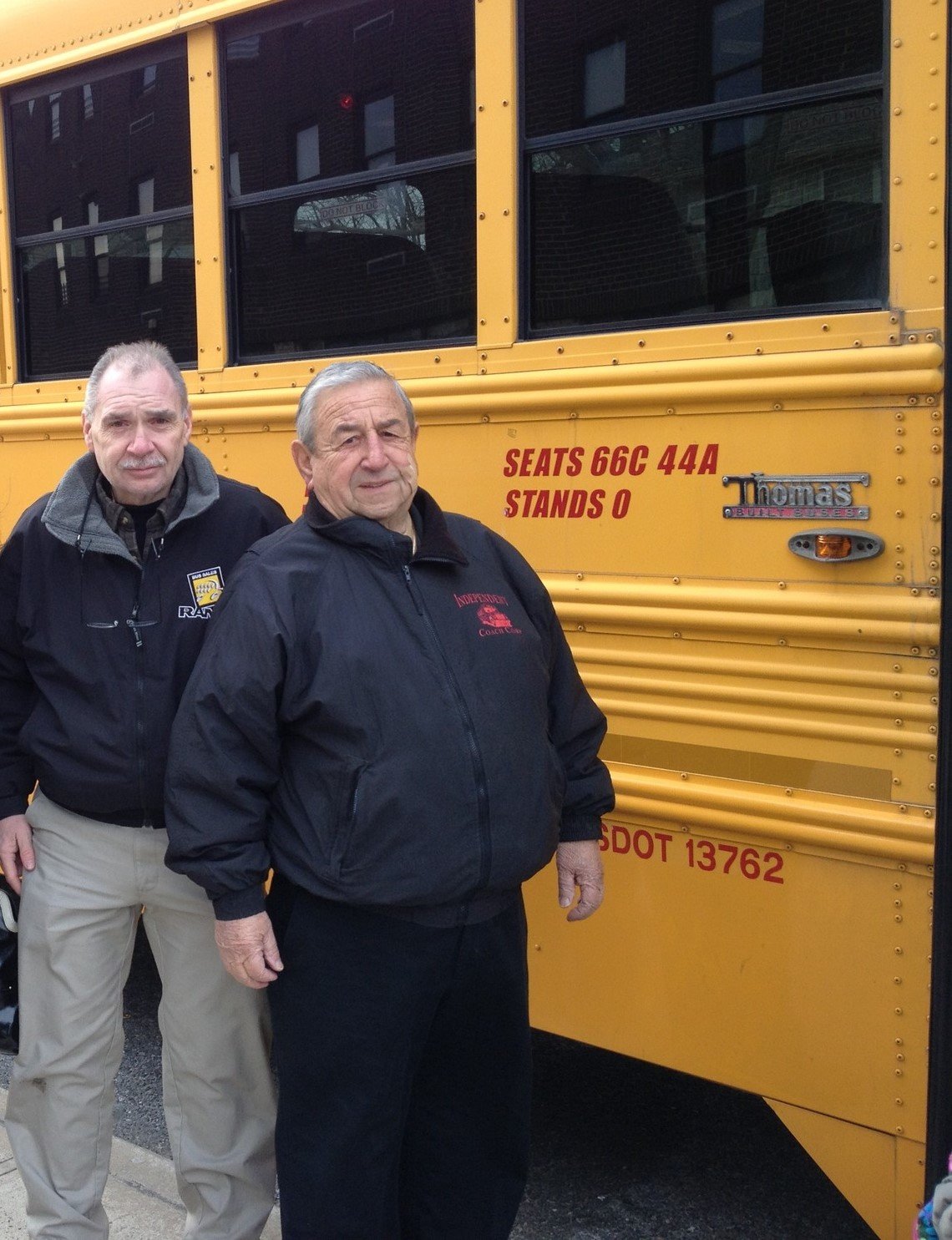 The family has asked that donations in Nicholas Fabrizio’s name be made to Rock and Wrap It Up!, at www.rockandwrapitup.org; St. Jude Children’s Research Hospital, at www.stjude.org/donate/pm.html; and the Tunnel to Towers Foundation, at https://t2t.org. To plant a tree in his memory go to https://bit.ly/3i38GEC.

Dedicated to family, friends, his business and helping people, organizations and institutions, Nicholas J. “Kayo” Fabrizio was known as the quiet guy behind the scenes, never one to toot his own horn. Fabrizio, a longtime Five Towns resident, died on Sept. 21. He was 90.

A humble man who started working as a bus driver and mechanic in 1955 for Independent Coach Corporation, he eventually bought the company from Francis Levett and built it into a fleet of roughly 300 buses, with nearly 380 employees, that serve 18 school districts, including Hewlett-Woodmere and Lawrence.

“He was just my hero — he helped so many people,” said Fabrizio’s daughter, Nanci Quaas. “You hear so many stories. ‘He got me sober,’ ‘He got me a job,’ ‘He lent me money,’ and on and on. He was just a doer and a fixer.”

Fabrizio was born on Oct. 10, 1930, grew up in Inwood, attended the now-defunct Our Lady of Good Counsel elementary school in Inwood and graduated from Lawrence High School. He was nicknamed Kayo by his family, inspired by the old Joe Palooka comic strip, because of his scrappiness as a youngster. Fabrizio was also known to his children, grandchildren and great-grandchildren as “Poppy.”

“He was kinda like a father to me,” said Monk Rizzo, who has worked for the Inwood-based Independent Coach since 1979 and is now a dispatcher and supervisor. “He took very good care of me. He cared about his employees, all the community and helped out those in need.”

One of those people in need was Rizzo. “When he spoke to me, he probably saved my life,” Rizzo said, recalling a 30-minute conversation he had with Fabrizio on May 3, 1989. “I was going down the wrong path,” Rizzo added. “He took the roadblocks [I saw] and what he told me they got smaller and smaller. He was an all-around good guy. I’ll miss him.”

After graduating from high school, Fabrizio went into the Army and served in Asia during the Korean War. When he came home, he married his childhood sweetheart, Charlotte Pearsall. Married for nearly seven decades, the couple had four children, 10 grandchildren and three great-children.

Founded in 1941 by Levett, the Independent Coach Corporation began with one bus that Levett drove and maintained. The company grew after World War II, along with Long Island’s population. Fabrizio worked along side Levett and learned the school bus industry from the bottom to the top. Fabrizio became general manager of the company in 1973.

“He is a legend in the school bus industry, honored by organizations as school bus owner of the year,” said Michael Sperber, the company’s claims and risks manager, who has worked for Independent for 33 years. “In this business, if you looked up the word school bus, Fabrizio is the definition.”
Sperber also noted Fabrizio’s many “extraordinary acts of kindness.” “He always talked about giving back,” Sperber said. “He came up from the trenches and never forgot from where he came from. He was dedicated to his family first, and dedicated to community.”

Whether it was an individual or an organization — the Inwood Buccaneers Athletic Club, the Sons of Italy, the Kiwanis of the Five Towns or Our Lady of Good Counsel Church in Inwood — Fabrizio was there to help. “He and I go back 40 years, and he’s been a huge donor, very quietly, an unbelievable asset to the community,” said Syd Mandelbaum, founder and chief executive officer of the Cedarhurst-based Rock and Wrap It Up!, a nonprofit organization that fights poverty.

Mandelbaum said that for the past 15 years, Rock and Wrap It Up!, has received donations from the New York Giants and the Yankees, and Fabrizio would donate a bus and a driver, usually Sperber, to pick up the items, and no one knew it. “Nick never wanted the credit, and he taught his children and grandchildren to give back,” Mandelbaum said.

In 1999, Fabrizio and his family bought Independent Coach from Levett’s estate. The company has two bus yards, the original one in Inwood and a yard in Hewlett, purchased in the 1970s.
“His smile was infectious,” Quaas said, adding that it was what she would remember most about her father. “His most important thing in his life was his family. He had tons of friends and a large extended family. All we have is because of him.”

There was a viewing at Perry’s Funeral Home in Lynbrook on Sept. 24. The funeral Mass at Our Lady of Good Counsel Church took place the following day. Fabrizio was interred at Trinity-St. John’s Church in Hewlett.