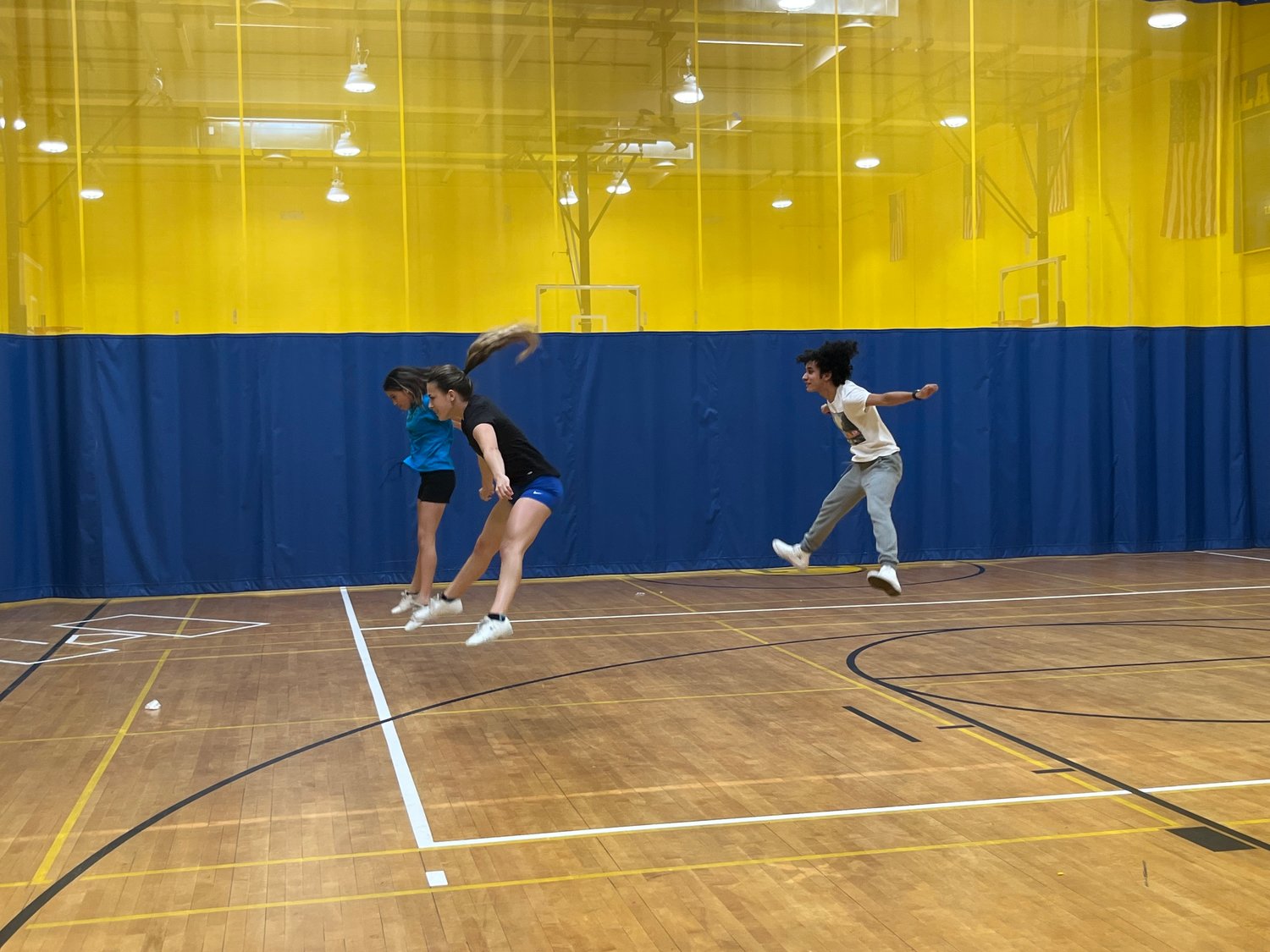 With the demise of the Inwood Buccaneers Athletic Club several years ago, the communities in the Lawrence School District do not have a youth sports program.

They see us in high school and a lot of them look up to that. … It pushes them more — it makes them want to do it.”
Chiara Mingolla Lawrence varsity cheerleader
Benefits of youth sports

articipating in sports is associated with:

Lower rates of anxiety and depression

Greater enjoyment of all forms of physical activity

Improved psychological and emotional well-being for individuals with disabilities

— The President’s Council on Sports,

With the demise of the Inwood Buccaneers Athletic Club several years ago, the communities in the Lawrence School District do not have a youth sports program.

In an attempt to plug that hole and build a base for one activity in particular — cheerleading — Lawrence High School’s head cheerleading coach, Robyn Guzman, and district Athletic Director Brett Kornblum decided to host a free, two-day cheer clinic at the high school for fourth-through eighth-graders.

“We’re just trying to rally up all the boys and girls that want to be cheerleaders, and get them to learn basic skills at the primary age level,” Guzman said, “so that when they come to the high school, they’re a little bit more well equipped.”

Though Lawrence High does not have a competitive cheer team, successful clinics could help change the trajectory of its cheer program.

“I think it would be really cool to see how the cheer program progresses after we leave,” said varsity cheerleader Chiara Mingolla, a senior.

Mingolla has been cheerleading for two years, and got involved with the Buccaneers when she was just 6. She became familiar with the sport there, and wanted to keep cheering.

Trying team sports at a young age helps guide children to the activities they like, Mingolla and Galdamez explained, which is why the clinic is so important.

And having high school students do the teaching instead of a coach inspires the kids, Mingolla said. “They see us in high school and a lot of them look up to that, because they’re like, ‘I’m gonna be in high school.’ It pushes them more — it makes them want to do it.”

Additionally, cheerleading is all about “communication and teamwork,” Galdamez said — skills that are helpful for the social development of young people. You also learn leadership, and how to listen and learn to take criticism, Mingolla and Hernandez said, skills that are crucial to successful teamwork.

Though the clinic was just two days long — the second day was Thursday, after the Herald went to press — Guzman said she hoped to hold more on Saturdays during the football season beginning in September, and have the young cheerleaders practice and perform a cheer on Lawrence High’s Homecoming night in October with the varsity cheerleading team.

Sixth-grader Emily Ciaccio said she saw a flier at Lawrence Elementary School advertising the clinic, and as a dancer and a gymnast, she was interested right away.

Though being on a sports team is demanding, Emily said, it’s also an escape from the stress of school, where you can make friendships and have fun. “You can go be with people that you like, doing what you love,” she said.

Emily added that she hoped to stay fit and learn cheerleading jumps. “I want to, like, be able to keep doing all the stuff that I’m doing as a kid when I’m older,” she said.