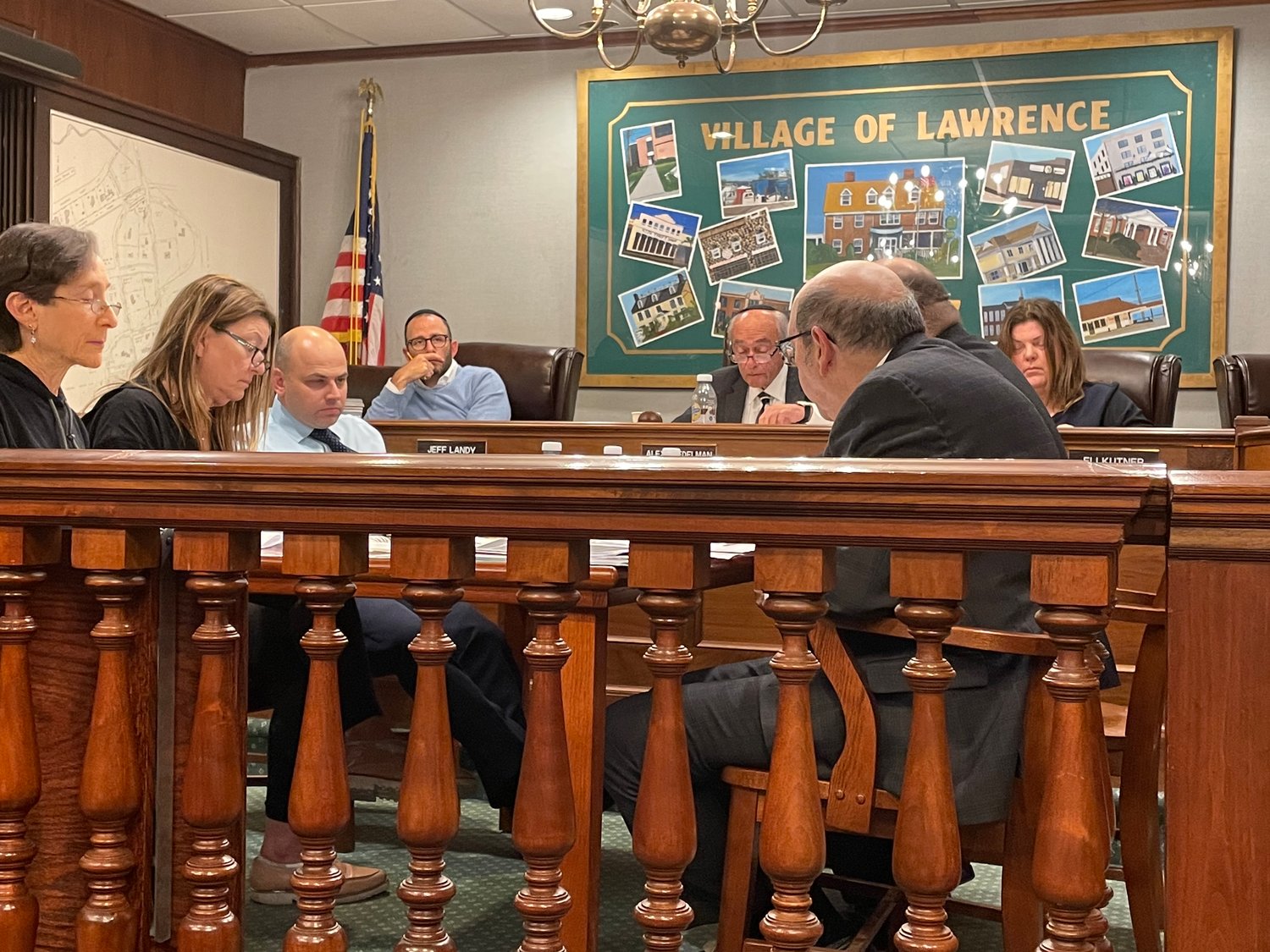 At the meeting, Popack said that the playground equipment for the renovation of Zion Park that was supposed to have been delivered on Nov. 15 was delayed due to the supply chain issues created by the Covid pandemic.

Updating the Herald, she said delivery is possible within the next two weeks. “Very excited that the demo started and hopefully once we get the material we’ll get things moving to fruition,” Landy said at the meeting.

A few residents who live where the Village of Lawrence meets Far Rockaway addressed their aim to have a have a four-way stop sign installed at the intersection of Virginia Street and Cedar Lawn Avenue that is not to far off the Nassau Expressway by Yeshiva Shor Yoshuv. The issue is that intersection is in Far Rockaway.

“On the corner Virginia and Cedar Lawn we’re affected by a lot of traffic coming off the highway, 878; Yeshiva Shor Yoshuv has many, many students faculty members lots of cars travelling through, school buses travelling through, said Rabbi Shaul Chill of, Young Israel of Far Rockaway, who helped the resident plead their case.

“Right now there is a stop sign if you are coming down Cedar Lawn there is a sign in both directions. We’re advocating to have a four-way stop sign, so people going up Virginia Street also should stop.”

Lawrence Mayor Alex Edelman noted that Virginia Street is not in the village. Deputy Mayor Jeff Landy said: “We could reach out to the DOT (NYC’s Department of Transportation) and offer our suggestions to assist in that, I think at the end of the day it’s a New York City street.”

Hoping that Lawrence would contact the city’s DOT Chill said: “It’s like a ticking time bomb. There have been numerous accidents at that corner. It’s just impossible with any cars parked if you are coming up you can’t see past them. By the time you get passed them another car is on top of you. We appreciate any help we could get.”

“New McNeil Avenue is in the village of Lawrence,” Goldman said. “We could make accommodations there, but we have to do so in conjunction with the city and we’ll do our best as Deputy Mayor Landy points out to reach out.”

After much debate the snack bar between holes nine and 10 on the Lawrence Yacht & Country Club golf course will undergo renovation but not the overhaul that was initially discussed.

Simulators and a kosher snack bar are being added to the practice range area and should be ready for the upcoming season. A new tennis pro was hired, Strate Krstevski, he will be an employee of Kemper Sports which runs the club for the village.

Lawrence officials said that installing speed humps in several designated spots is being considered to decelerate speeding throughout the village.

Have an opinion on Lawrence village issues? Send letter to jbessen@liherald.com.