Learning to cry for the right reasons 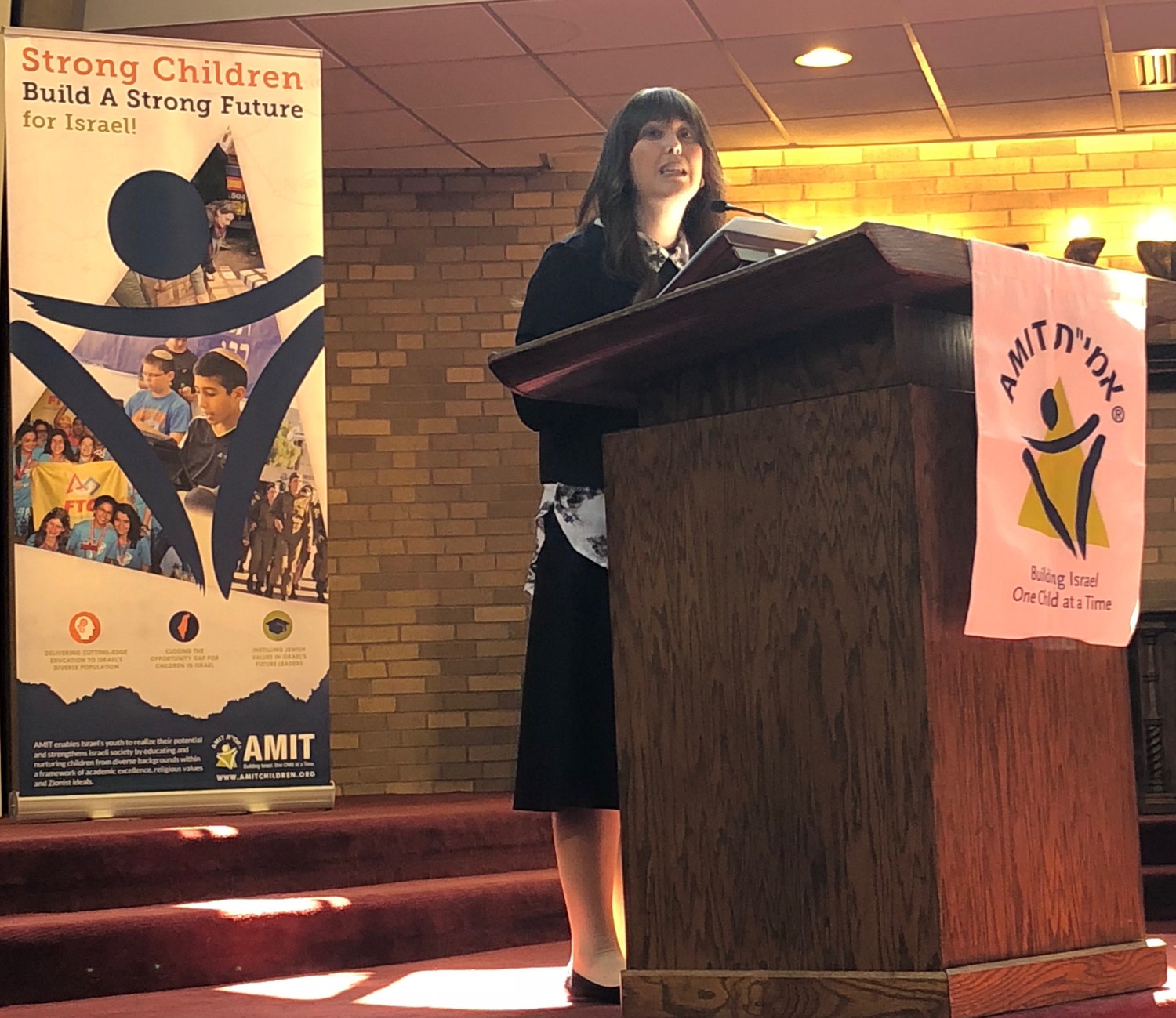 “Meaningful tears” and enhancing a relationship with God were the focus of keynote speaker Rebbetzin Yael Axelrod’s talk at AMIT’s 19th annual Yom Iyun — “Day of Learning” — for more than 100 Jewish woman — at the Sephardic Temple in Cedarhurst July 18.

AMIT is a New York-based nonprofit that seeks to help Israel’s youth recognize their potential and strengthen Israeli society by educating and nurturing children from diverse backgrounds. It focuses on promoting academic excellence, religious values and Zionist ideals to more than 34,000 Israeli children, many of whom are considered disadvantaged.

Axelrod, a Woodmere native, was a Judaic Studies educator and administrator for 12 years at the Hebrew Academy of Long Beach, the Moriah School of Englewood and Westchester Day School. Married to Rabbi Chaim Axelrod, the assistant rabbi of the Young Israel of New Rochelle, they live in that Westchester County city.

Axelrod proposed that the Jews were exiled as a result of crying “unnecessary” tears and suggested that a way to bring about redemption is through crying tears of connection and spiritual yearning, by channeling emotion toward God. “Maybe the way to get out of [exile] is the exact same way we used to get in,” Axelrod said, citing many Judaic and secular sources to explain how tears are precious.

“Crying communicates the sense that something precious is slipping through your fingers and will never come back,” she said, quoting an idea from Rabbi David Fohrman, a noted Jewish educator, adding that it signifies “permanent, irrevocable loss.” On a social level, tears symbolize vulnerability, bonding and connection — a “need” for other people, Axelrod, citing research from a Dutch crying specialist. “We can actually take a lesson from a baby of how to relate to [God],” she said. “We are just as dependent on [God] as a baby is on parents.”

It is especially important to cry tears of hope and prayer rather than tears of destruction during the days leading up to Tisha B’Av, the ninth of the Jewish month Av (this year July 21-22), a day where both Jewish temples were destroyed and other Jewish tragedies have occurred, she said. “Learning Torah is the most important thing we can do during this time period,” Axelrod said. “I’m so happy to see there was such a large turnout.”

Yom Iyun was a morning where “women of worth,” event Chairwoman Mimi Mehlman said, came together to learn and be connected; a day filled with women teaching each other to show support for AMIT. She said that she hopes the day will leave attendees feeling empowered with “companionship, connection, knowledge and satisfaction that they are helping out in Israel.”

Mehlman expressed appreciation and praised the commitment of those who have attended all 19 years of Yom Iyun. “Our learning together has imbued our lives with meaning and purpose,” she said. “That number 19 sort of gets caught in my throat.”

Lawrence resident Barbara Baker, an AMIT member for 70 years, said she attended to support the children in Israel. “I think this organization is one of the most important organizations in Israel,” she said.

Esther Press, of Long Beach, became involved with AMIT more than 50 years ago when a friend encouraged her to join the new Long Beach chapter. “It is something we look forward to every summer,” she said.

Audrey Wagner, who is on AMIT’s Board of Governors and Axelrod’s grandmother, said she hopes that people will leave the event with knowledge about “the importance of the organization in terms of furthering education of all our students in Israel and keeping them connected to our tradition, our heritage.”