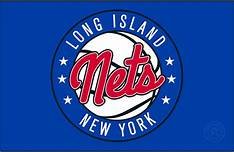 Brooklyn guard Cam Thomas, while on assignment with Long Island, finished the contest with a game-high 46 points, while shooting 6-of-6 from the free-throw line and 17-of-32 from the field to go along with seven rebounds and five assists in 39 minutes. Brooklyn center Day’Ron Sharpe, also on assignment with Long Island, had a strong defensive performance with 12 rebounds to go along with shooting 5-of-5 from the charity stripe, earning 19 points in 32 minutes.

Raptors 905 controlled play during the first six minutes of the first quarter, leading by seven, 11-4. The tides turned for the 905 when the Nets came back to finish the first 12 minutes tied, 23-23. The two teams went point-for-point in the second quarter until Long Island took the lead and closed the first half up by five, 59-54.

Long Island tried to widen the gap, but a determined Raptors 905 went into the third quarter looking to make their return. An early 6-0 run by the 905 gave the Raptors momentum to lead the third 27-23. Long Island came into the final quarter of play ready to dominate, going on a 12-0 run to defeat the Raptors 114-110.

Toronto forward Issac Bonga, while on assignment with Raptors 905, led the team with 30 points and eight rebounds in 37 minutes. Center Reggie Perry shot 4-of-4 from the free-throw line while earning 20 points, seven rebounds and three assists in 30 minutes.