Long Beach rallies past South Side in OT 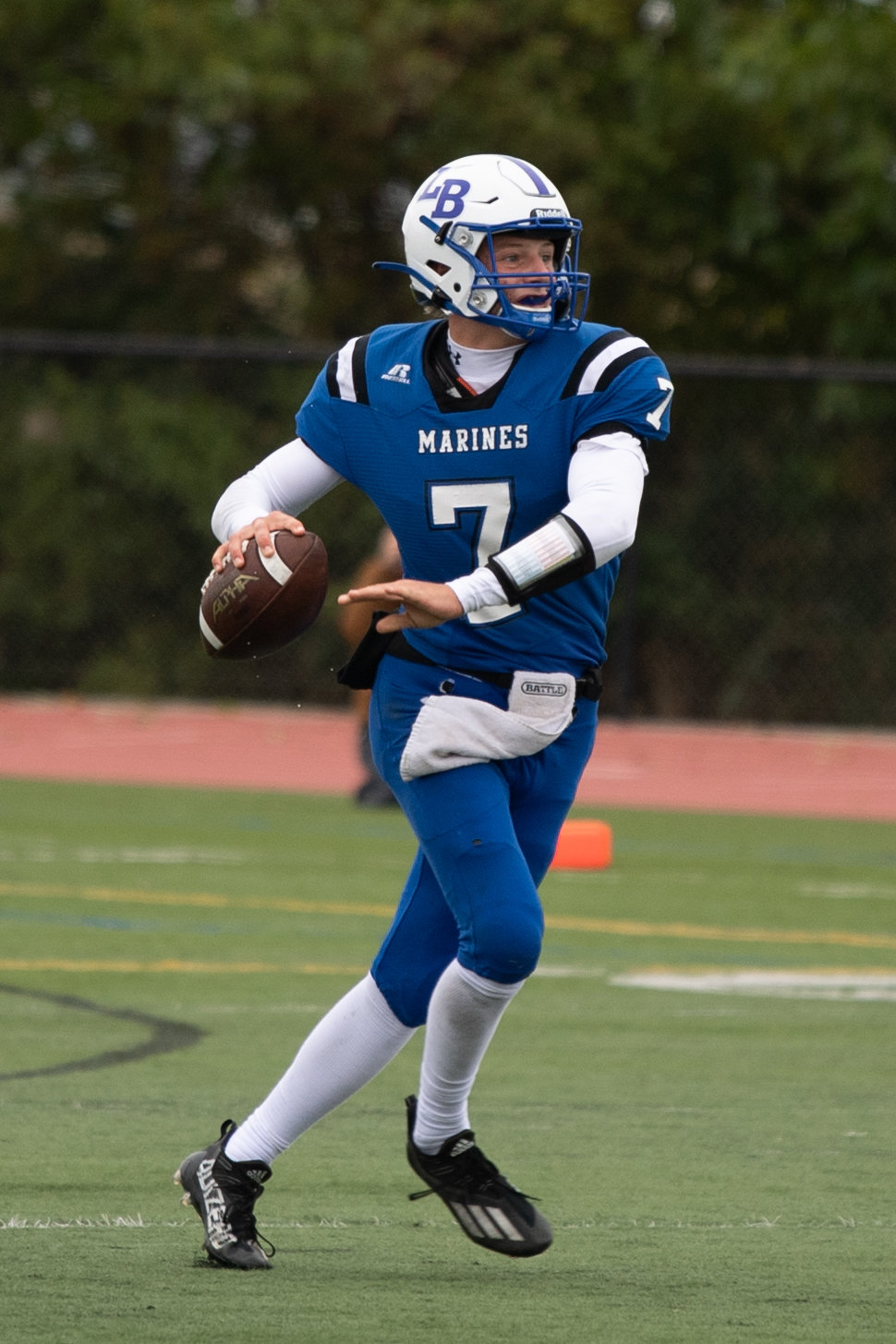 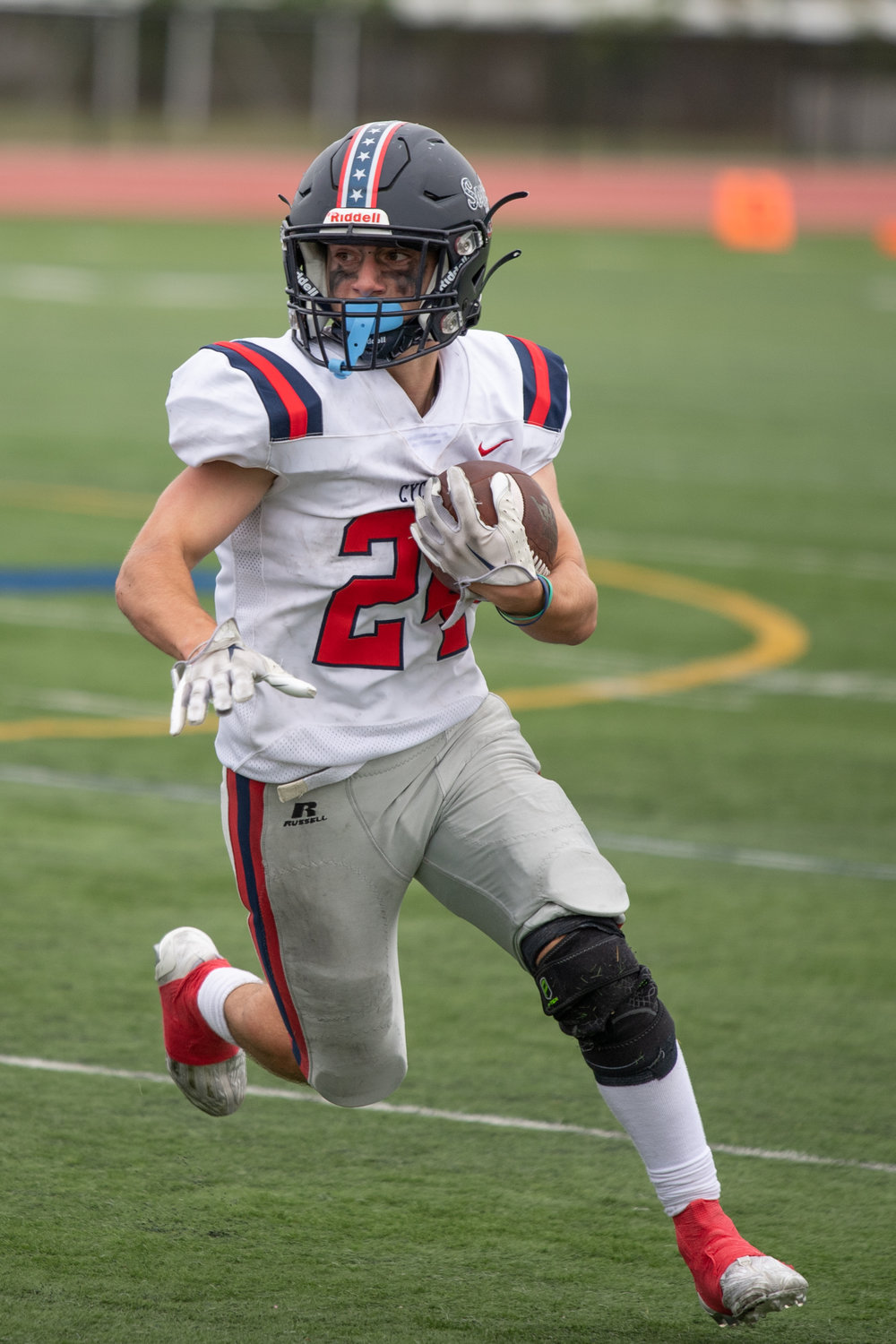 Long Beach’s crucial Conference II football matchup against South Side last Saturday came down to clutch overtime plays from both sides of the ball in a 28-27 come-from-behind home win.

After the Marines rallied from 14 points down to send the game to overtime, senior quarterback Jeff Conway scored on a 7-yard touchdown run on a third-and-goal to make it 28-21. Moments later Conway then stepped on defense, joining with Jack Miller to stuff South Side’s two-point conversion attempt to win the game following a Jack Lozito 20-yard touchdown for the Cyclones.

“We leave every game saying wow, we can’t believe how well he put it all together,” said Long Beach head coach Scott Martin of Conway, who had two passing and two rushing afternoons in windy conditions. “He helps us turn bad plays into good plays whether we call a bad play or whether they call a good play on defense.”

Conway’s dramatics capped a big day for the signal-caller, who converted an eight-yard touchdown with five minutes left in the fourth quarter to cut the Cyclones’ lead to 21-19. He then found Jack Skarren in the back of the end zone on the ensuing two-point conversion after escaping South Side’s defensive pressure.

“I told them after the game that this is a game that builds character,” said Martin, who won his 50th game leading the Long Beach program with Saturday’s triumph. “This is a game that puts you into that playoff a championship caliber team category and I think that they have those qualities and showed it in the fourth quarter,” he added.

South Side (2-2) had seemingly taken command of the game in the third quarter with Lozito touchdown runs of 15 and 35 yards to make it 21-7 heading into the final period. Lozito had four touchdowns on the day including a 12-yard score off a hook-and-ladder toss from Patrick Mullin with 5:27 left in the second quarter that made it 7-0 Cyclones.

“He has been our workhouse for us all year,” said South Side head coach Phil Onesto of Lozito. Who finished with 222 yards rushing. “He has real good patience and vision.”

Trailing 7-0 at halftime, Miller caught a 20-yard pass from Conway early in the second half. A Nico Kanganis extra point tied the score at 7-7.

Long Beach (3-1) is next in action for its annual Homecoming game against Bellmore-JFK Friday night at 7 p.m. before an Oct. 15 visit to Mepham, which is off to a 4-0 start.

South Side will look to bounce back from the Long Beach heartbreaker on Friday evening at home with a 6 p.m. kickoff against MacArthur and will then host Herricks on Oct. 15 at 2 p.m.

“Our team feels we can play with anybody in this conference,” Onesto said. “We need to have a short memory and fix what we need to fix offensively and defensively.”