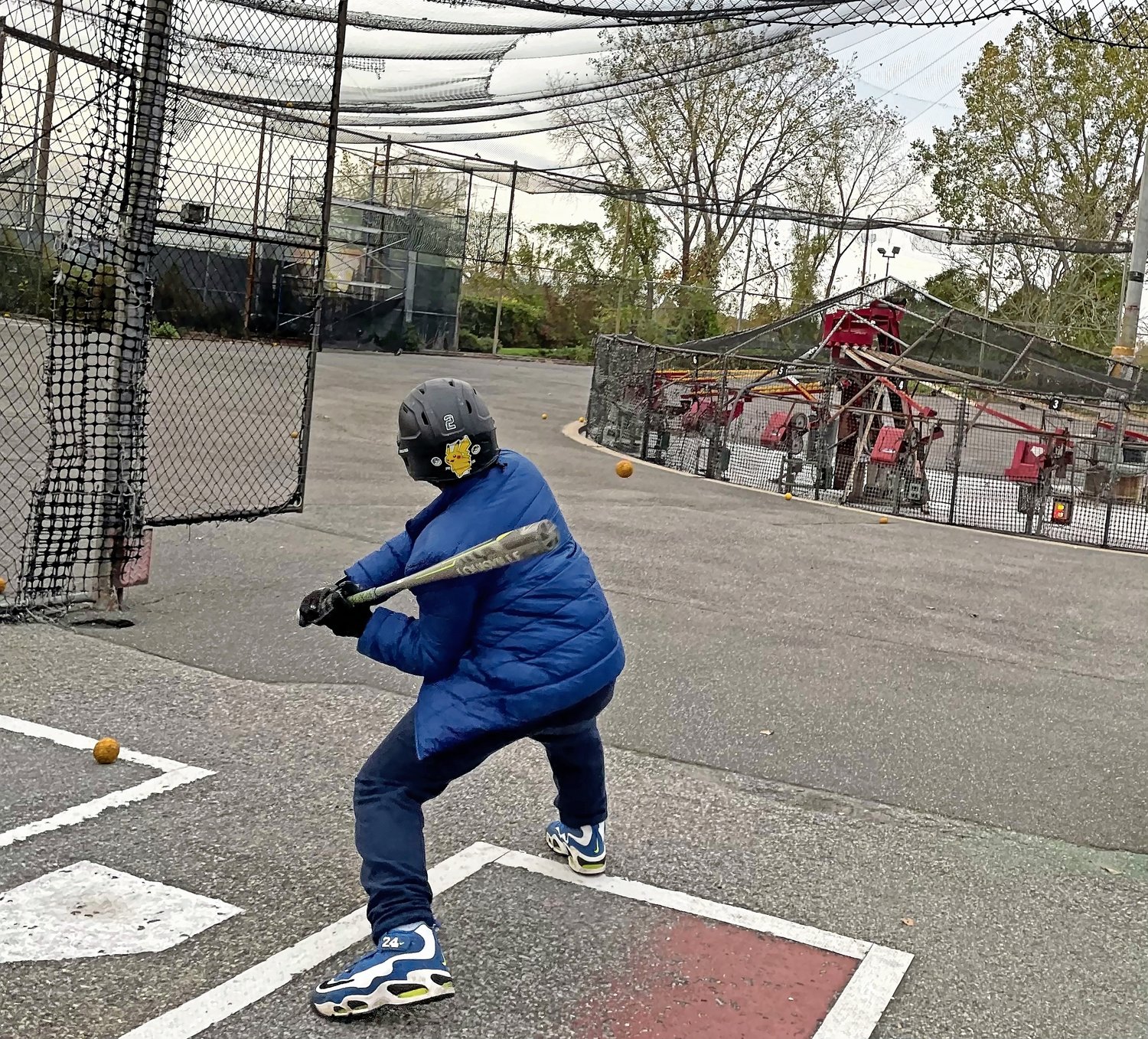 Youth baseball player Chase Jaume, of Queens, in the batting cage at the Five Towns Mini-Golf and Batting Range in Lawrence.
Jeffrey Bessen/Herald 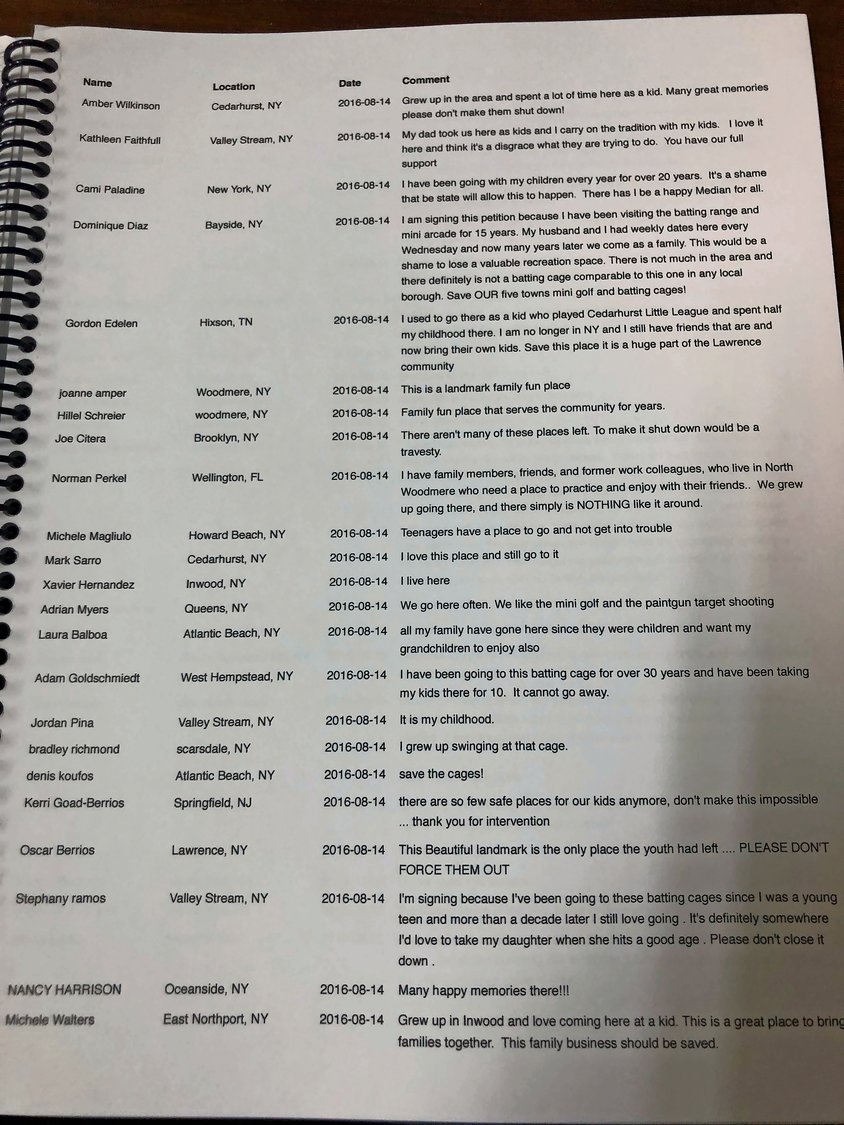 A family-owned and fun-oriented local business that has operated on the same state-owned site for 43 years is once again facing a substantial rent increase that threatens its survival.

On 0ct. 27, Marty Rosen, who, with his son, Matt, owns and operates Five Towns Mini-Golf and Batting Range, on Rockaway Turnpike in Lawrence, received a letter from the New York State Department of Transportation informing him that his monthly rent would increase to $11,700 as of Jan. 1, 2022, for the state-issued Property Use and Occupancy permit the business has operated under since it opened in 1978.

In December 2015, the Rosens’ company, Three and Two Enterprises Inc., was hit with a 160 percent rent increase, from $4,750 to $12,435, reflecting the most recent DOT appraisal of the land’s value. After 18 months of wrangling and an independent appraiser’s study of similar properties, the DOT instead raised the rent by 35 percent, to $6,412.50 per month beginning in May 2017.

“I wish they would show us some kind of love and respect,” Marty said of the DOT as he worked the business’s customer service booth on Nov. 4. “We’ve run a good, clean business for 43 years.”

Now facing a nearly 55 percent rent hike, the 79-year-old Rosen said that his business could be teetering on the brink. “We have over 4,500 people sign the petition,” he said, referring to a petition that was created in 2016 in support of the business, and included many rave reviews written by people from the Five Towns and as far away as New Jersey.

Many of the commenters shared the sentiment that their families have patronized the Rosens’ miniature golf course and batting cages for many years, describing the facility as a rare place not only for sharpening baseball and softball skills, but also for family fun — and in many cases, memorable dates.

Late in the afternoon of Nov. 4, a cool fall day, Queens resident Jennifer Jaume brought her son Chase, 10, for batting practice before his travel ball playoff game last Saturday. “My family — we love it here,” Jaume said, recalling when her father, James Robinson, brought the family to the Lawrence attraction. “It’s a nice way to spend a couple of hours. This is a staple.” Jaume added that she looked forward to bringing her grandkids someday.

For that to happen, though, the DOT may have to rethink the rent increase. After receiving the department’s latest letter, Rosen contacted state officials, and said he got this sobering response: “We’ve been lax in updating our rents.”

Asked about Five Towns Mini-Golf and Batting Range’s increase, DOT spokesman Stephen Canzoneri wrote in an email, “The New York State Department regularly reevaluates permits for use and occupancy within the department’s right of way. These properties were acquired and are retained for the future of the traveling public. Rates are determined by an appraisal, according to the fair market value.”

Of the 89 state-issued Property Use and Occupancy permits in Nassau County, four are along the Nassau Expressway and Rockaway Turnpike corridor, according to the DOT, including 590 Rockaway Turnpike, a former Toyota dealership that the state is now using as a staging area for snow-plowing equipment.

All Rosen is asking for, he said, is a fair shake from the state. “This is very stressful,” he said, crediting his 56-year-old son with being his right-hand man for so many years, while hoping the business remains viable for one of his grandkids to run in the future. “We bring happiness to people, and I want to keep it going.”

Have an opinion on the Rosen business’s rent increase? Send a letter to jbessen@liherald.com.