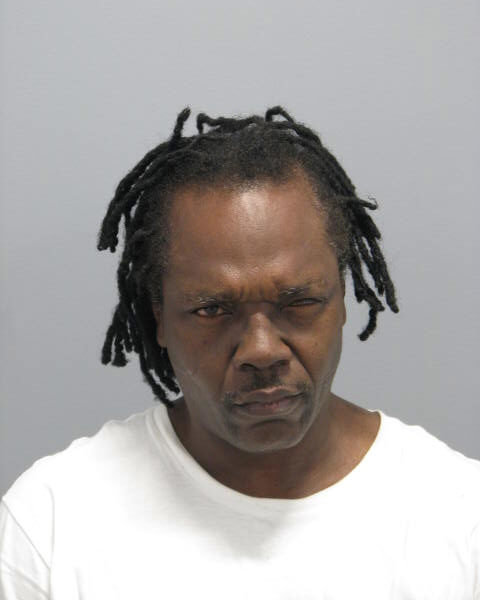 A  Queens resident who allegedly stole merchandise from Burlington Coat Factory in North Lawrence on Nov. 3 that was stuffed into two duffel bags and resisted arrest was subdued by police after a brief altercation, Nassau County police said.

Fourth Squad detectives responded to the clothing store on Rockaway Turnpike at 9:10 a.m., for an alleged theft of items. When there, Yance Folk, 49, of 255th Street in Rosedale, walked pass them with the duffel bags, according to police.

Folk then passed all points of purchase and allegedly made no attempt to pay for the merchandise. When police approached Folk he ran out of the store into the parking lot and did not comply with police commands, the police said.

After a brief foot pursuit, the officers caught up to Folk, who then punched one officer in the face and repeatedly tried to punch and kick the police, authorities said. He was subdued with the use of a taser. One officer suffered injuries to is face and finger and was taken to an area hospital for treatment.

Folk is charged with second-degree assault, petit larceny and resisting arrest. Arraigned at First District Court, 99 Main Street in Hempstead, on Nov. 4, his next court date is Nov. 8. James McGlynn, who has a law practice in Bethpage, is representing Folk. As of presstime. McGynn has yet to return a call for comment.