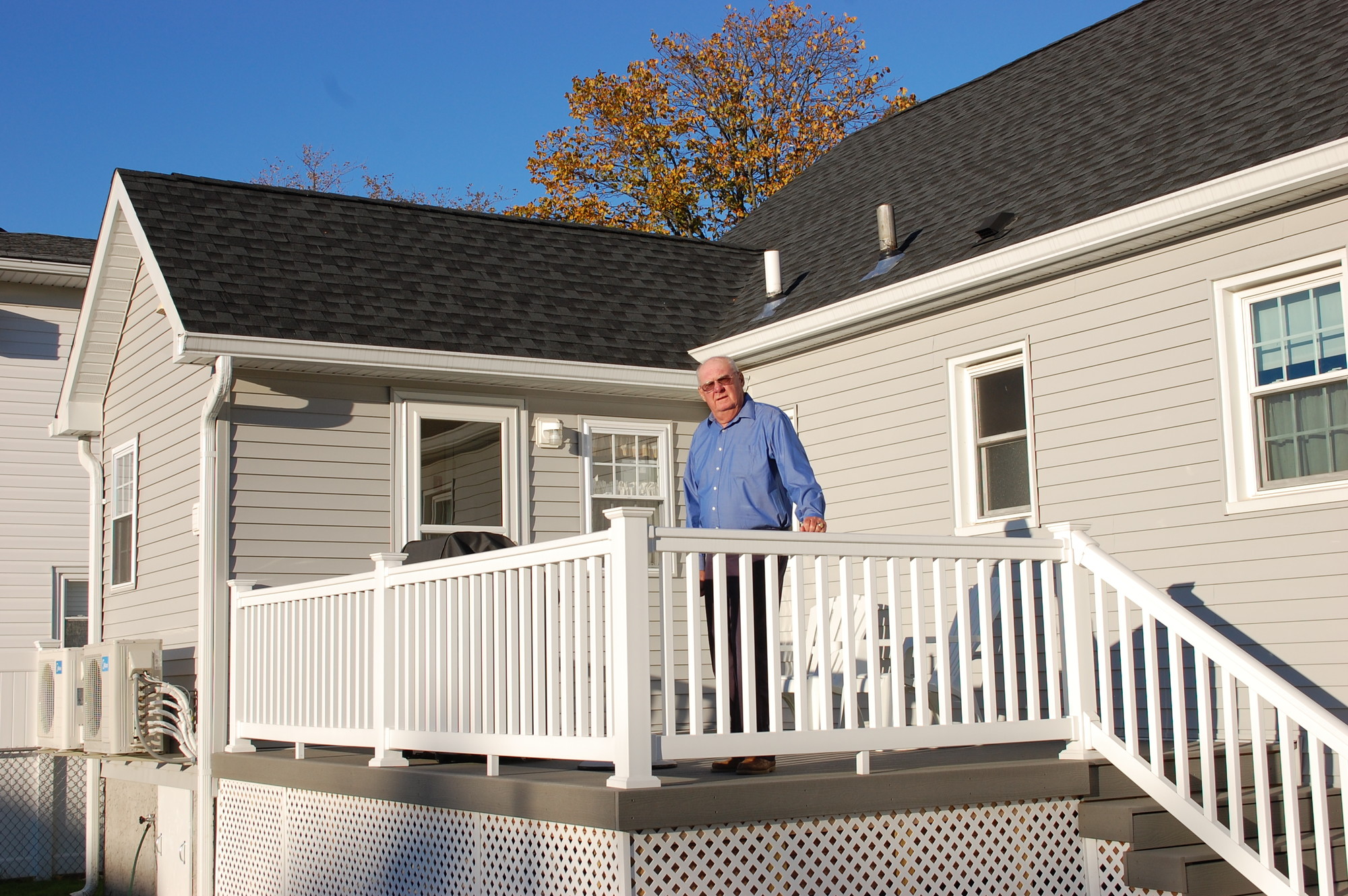 Charles Wroblewski had an extension built onto his Riverside Drive home in Seaford to replace the space lost when he filled in his basement, which flooded during Hurricane Sandy on Oct. 29, 2012.
Andrew Hackmack/Herald 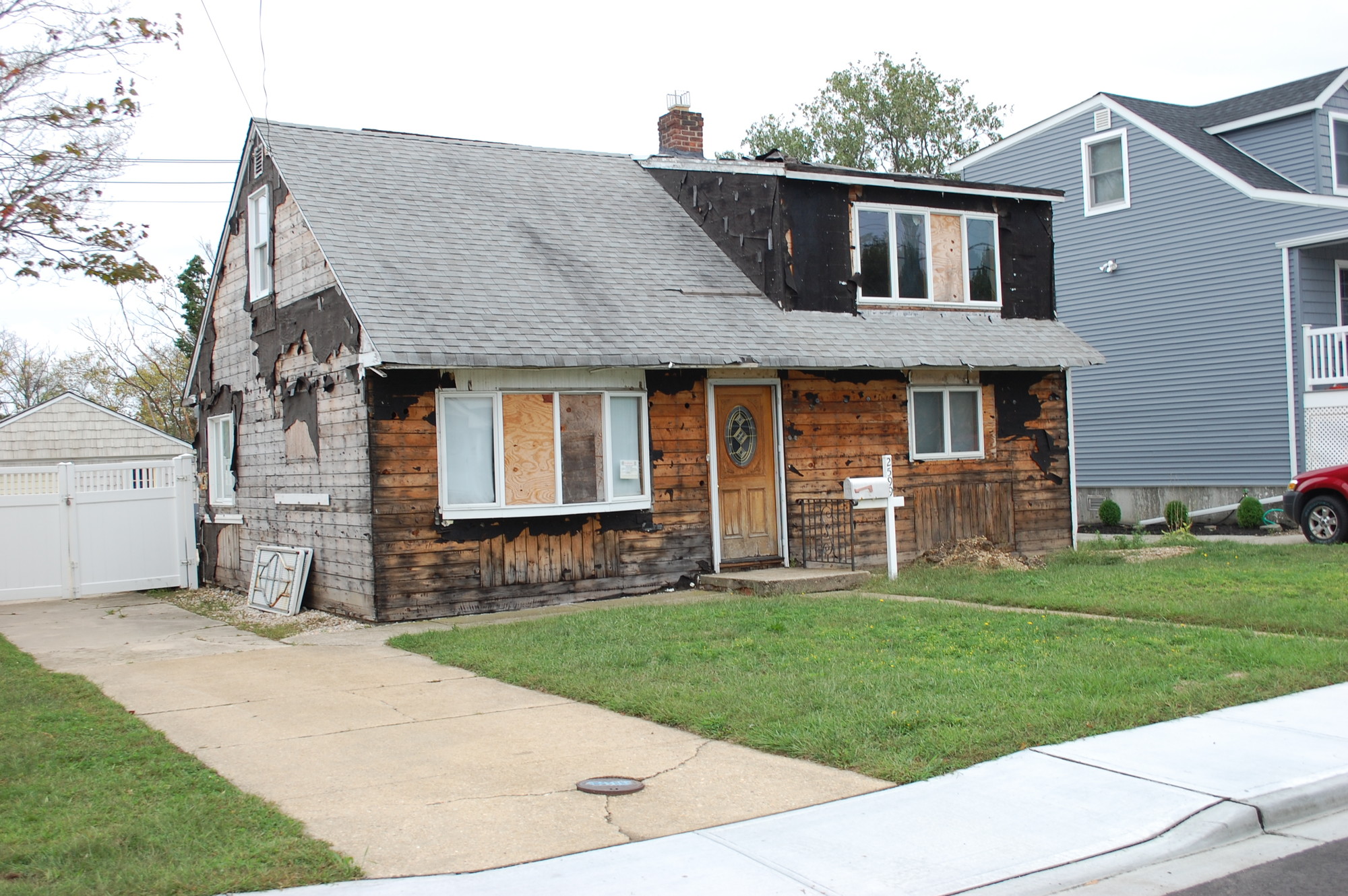 A home on Wantagh Avenue that is still awaiting repairs after Hurricane Sandy sits between one up for auction and another that has been raised and renovated.
Andrew Hackmack/Herald
Previous Next
By Andrew Hackmack

Three years have passed since Hurricane Sandy devastated Long Island’s South Shore, and while most Seaford and Wantagh residents have stitched their lives back together, the journey has not been easy.

Many homes have been raised, others razed. Some families are still completing repairs and living in temporary quarters. Others will not return, and those homes are up for sale, including six in the two communities that will be auctioned off next month.

Last year, the Herald profiled the Calandra family, of Willoughby Avenue, in Seaford who were living in an apartment in Wantagh while their home was being rebuilt. Just in time for the third anniversary of the storm, they have moved into their new two-story house, which, for the first time, allows their two sons to have their own rooms.

“We wanted to get in as soon as possible,” Susan Calandra said. “Little things have to be done, but our house is livable. It’s the best feeling in the world. We’re home. Nothing beats being home.”

Calandra said the family is eternally grateful to their landlord for the past three years for giving them a place to live, but apartment life wasn’t for them. What kept everyone upbeat, she said, was knowing there was a light at the end of the tunnel — moving back into a bigger home — one that has been raised to protect them from future flooding.

Grace Tague, a student at Wantagh High School, channeled her frustrations into an award-winning story for her school newspaper, the Warrior. Tague and her family were out of their Wantagh Avenue home for two years and two months after Sandy. During her freshman year, she wrote a piece chronicling the ordeal of her family and her neighbors, the Dalys, who are still not home.

“I wanted to let people know there’s still not people home from Hurricane Sandy in Wantagh,” Grace said. Her story won first place for opinion writing in a contest sponsored by Adelphi University. She followed it up with another story after the family moved back into their home, which was raised to a safer height.

The entire bottom floor of the home had to be redone after it filled with five feet of water. Grace said that the rebuilding process was delayed numerous times, which inspired her to write about the ordeal.