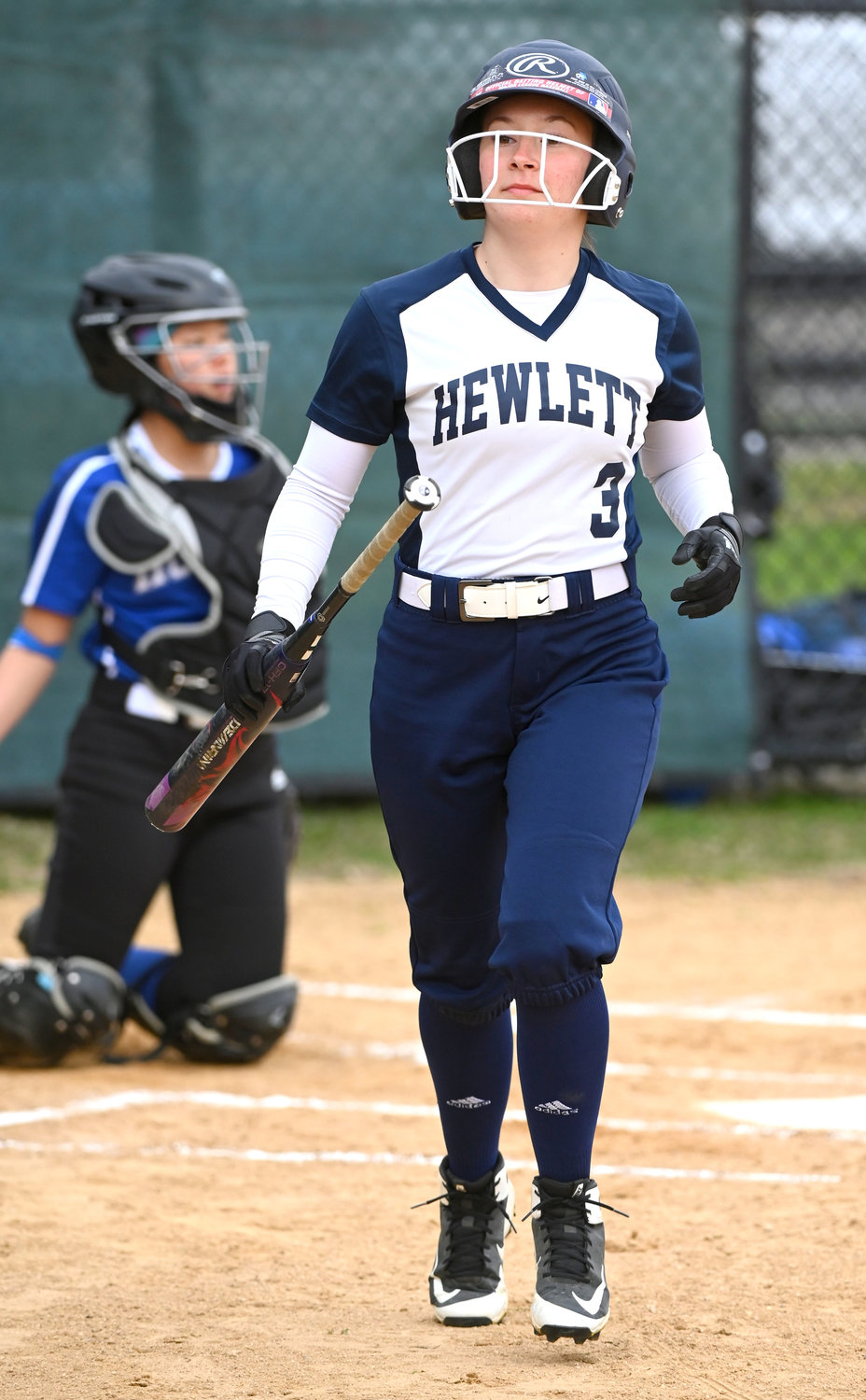 Stringing consecutive victories together for the first time this spring while exploding for 46 runs in the process has Hewlett’s softball team believing it can improve on last year’s 6-9 record under then first-year coach Haley Birnbaum.

“Everyone sees how good we can be now when everything is clicking,” Birnbaum said. “Winning these last two games is definitely a confidence booster and great for morale.”

The Bulldogs, who returned six starters from what Birnbaum described as a “rebuilding year in a lot of respects,” evened their Conference VI record through four games with convincing wins over Great Neck North (31-11 on April 8) and Elmont (15-3 on April 12.)

“Elmont was our best game to date,” Birnbaum said. “We were disciplined at the plate, capitalized on Elmont’s errors and played strong defense.”

“Molly is so coachable and a true leader in the classroom and on the field,” Birnbaum said of Williams, who also helped Hewlett’s basketball team make a deep playoff run. “She’s a tremendous role model.”

Polanco, coming off an All-Conference season, has been doing more of the pitching lately, Birnbaum said, and learning how to trust the gloves behind her. “She’s coming into her own, cutting down on walks and knowing everyone behind her can make plays,” Birnbaum said. “She’s also a reliable bat.”

Both Polanco and Williams are working with a first-year varsity catcher. Junior Paige Underweiser put her strong arm on display against Elmont by recording her first caught-stealing. “Paige has lots of talent and a cannon arm,” Birnbaum said. “Everyone went crazy when she got the Elmont runner out.”

Nicolo is the Bulldogs’ offensive spark from the leadoff spot and covers plenty of ground in right field. She’s a speedy lefty who is patient at the plate and aggressive on the bases, Birnbaum said. Nicolo, Emma Zalcman and Sasha Zohar led the hit parade in the victory over Great Neck North.

Zalcman is a senior captain and returning starter at first base who typically bats fifth. “She’s a hard-working team leader with a great swing,” Birnbaum said.

Zohar, a junior, is a rare left-handed thrower at the hot corner. She’s a power hitter being counted on to drive in runs from the cleanup spot. At second base, senior Caitlin Moroney returned and brings positive energy to games and practices, Birnbaum said.

The coach is eager to see how sophomore left fielder Isabella Betancour takes her game to another level in just her second year playing softball. She already has an All-Conference resume. “Isabella is a gifted athlete with great hand-eye coordination,” Birnbaum said.

Senior Miranda Petrosini is rock-steady in center field and working hard to make a larger contribution at the plate, the coach said.

Hewlett will try to keep its momentum going this Friday when it visits Great Neck South in a 5 p.m. start.