Sustaining the faith and religious rituals 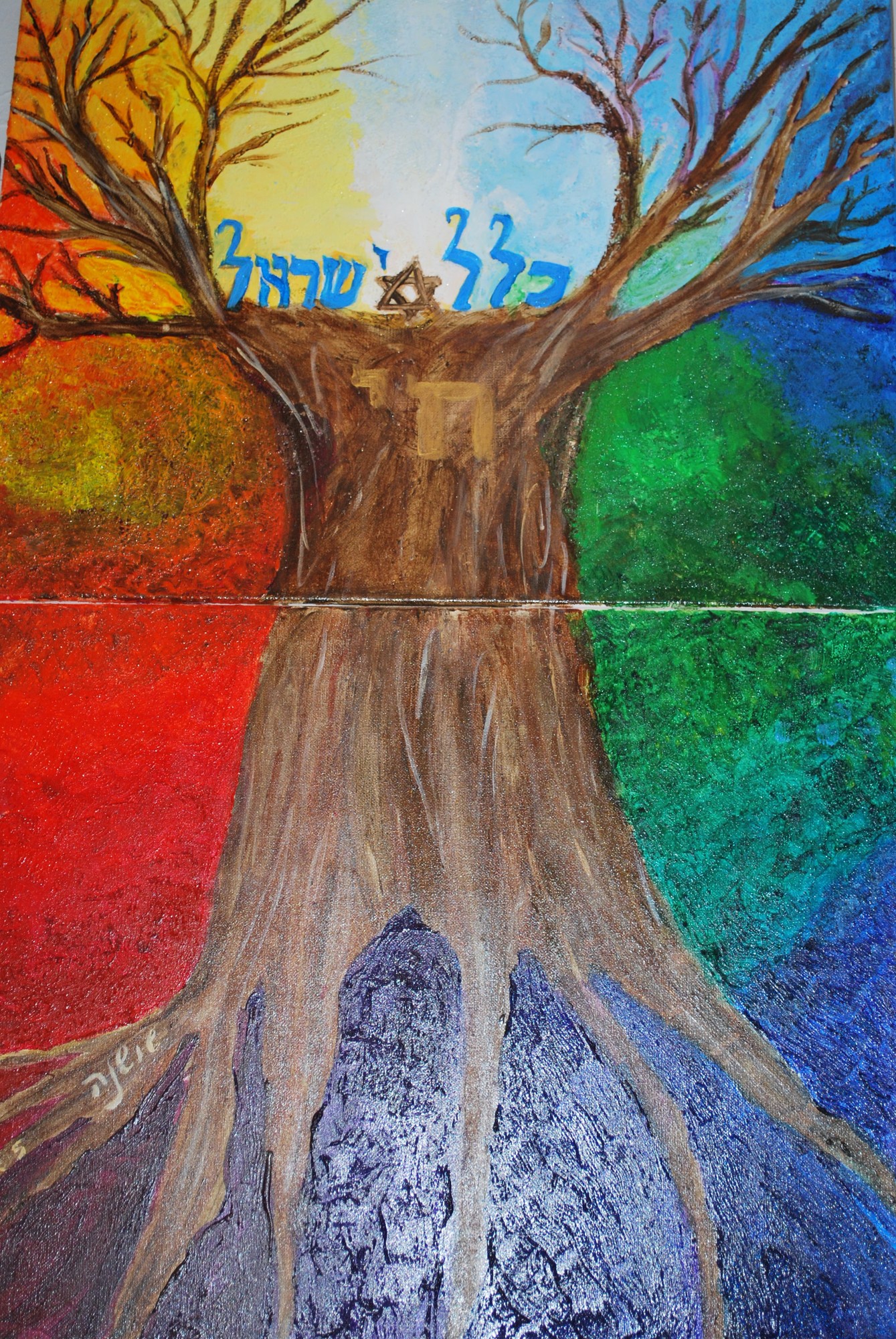 Shanah Findling’s painting at the Chabad of Hewlett depicting the deep roots of Judaism.
Jeffrey Bessen/Herald 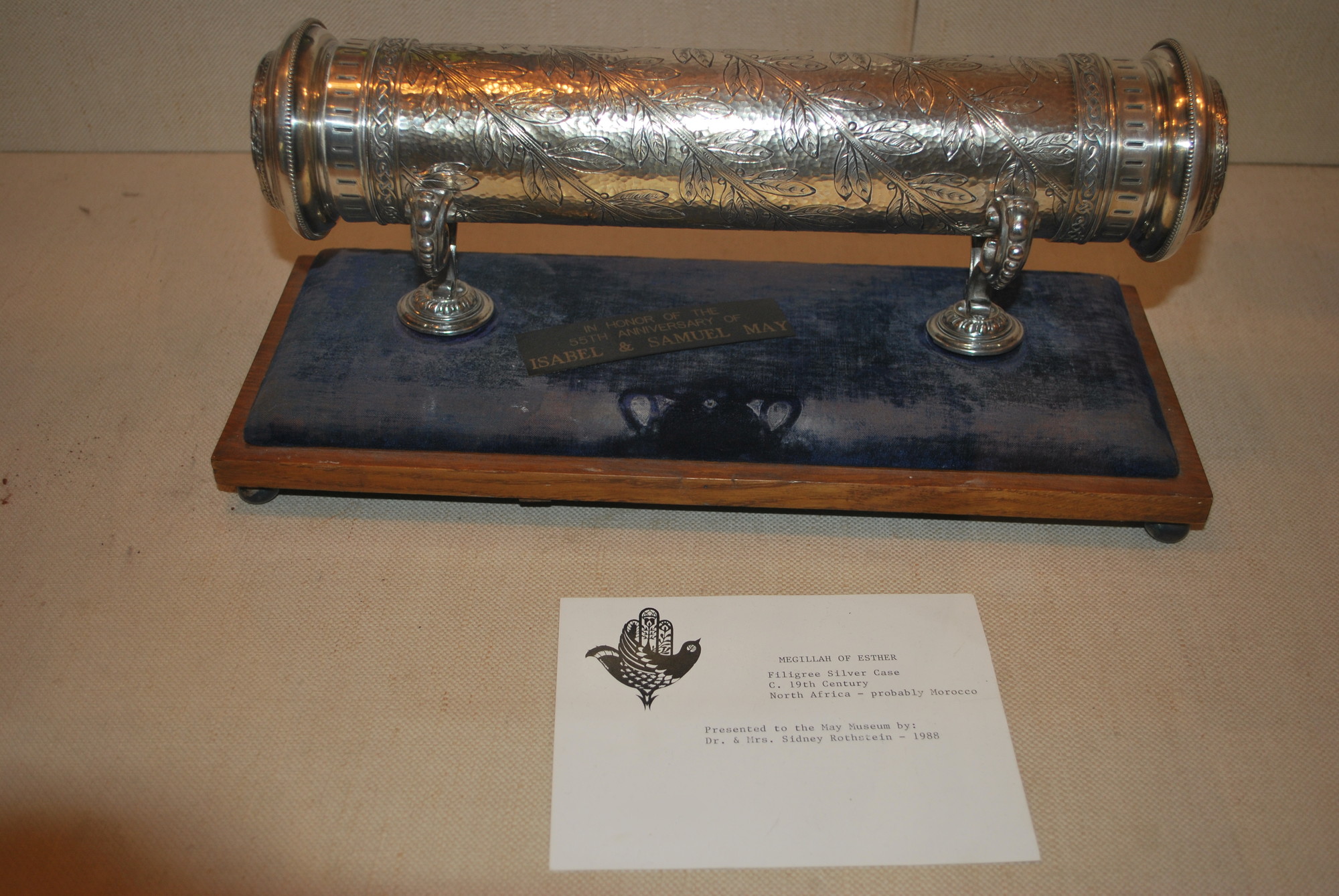 Temple Israel’s May Museum received a 19th century silver encased Megillah of Esther made in North Africa from the Rothsteins in 1988.
Jeffrey Bessen/Herald 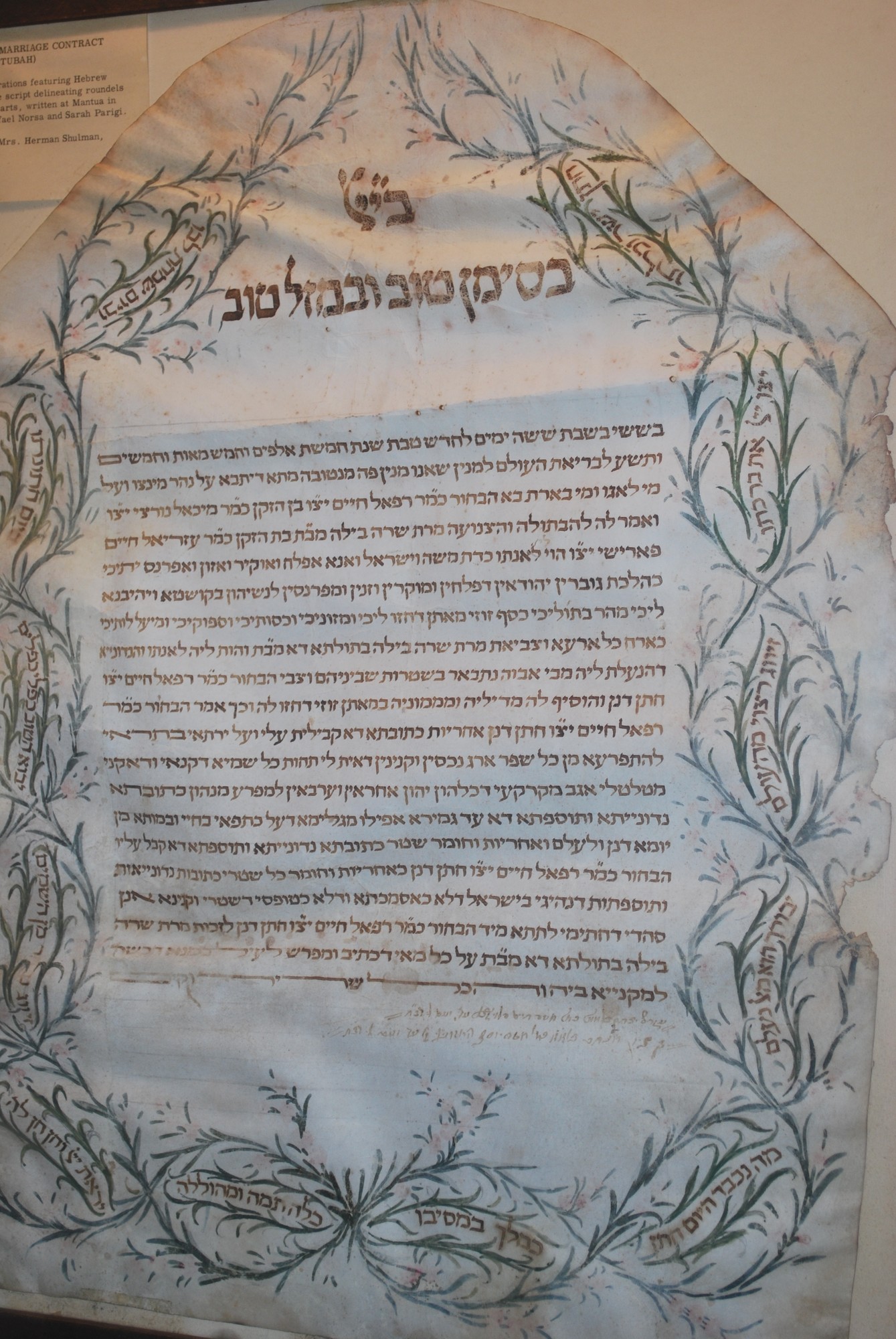 A 1799 ketubah on Italian parchment on display in the May Museum of Temple Israel. It is Jewish prenuptial agreement that outlines the rights and responsibilities of the groom, in relation to the bride.
Jeffrey Bessen/Herald 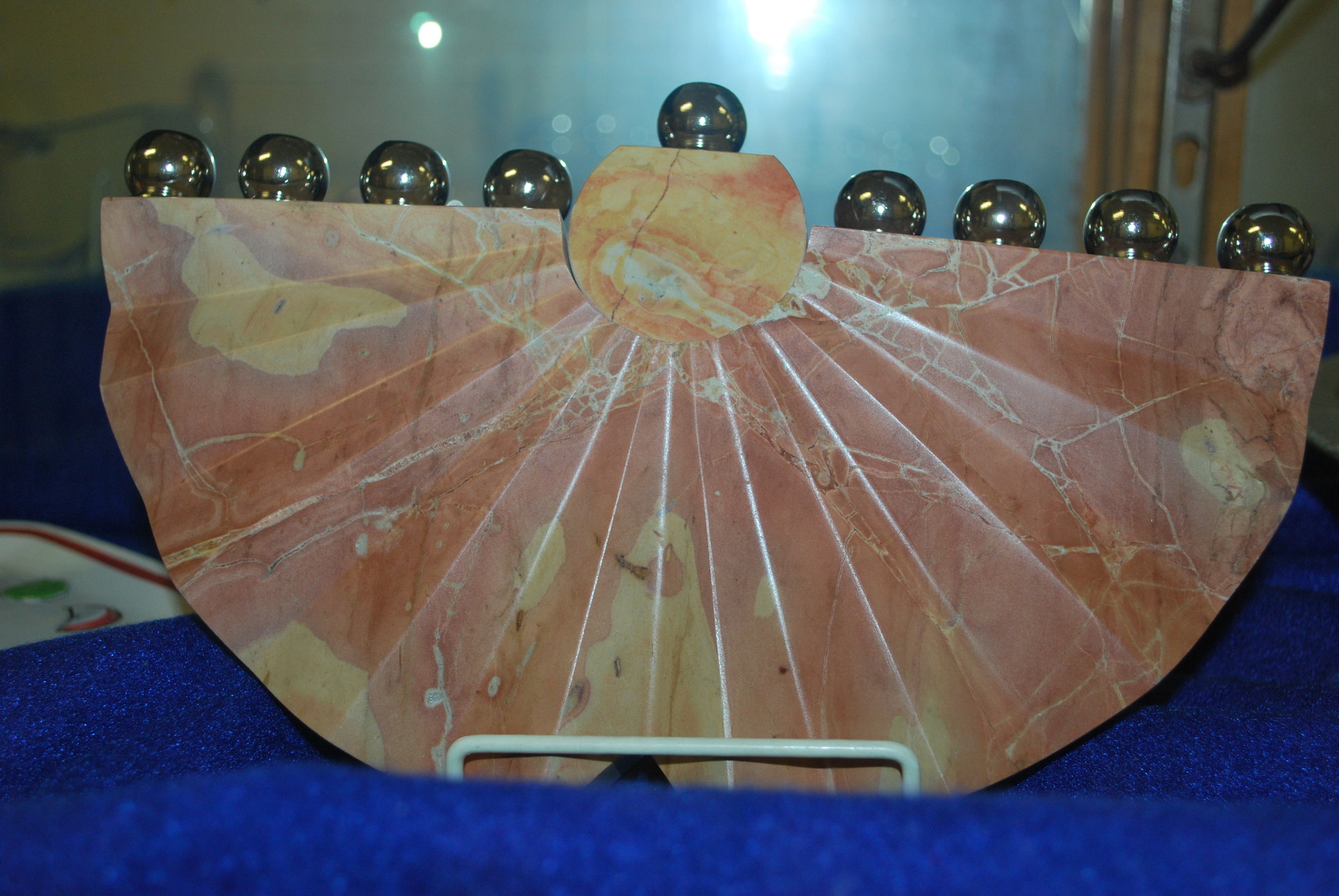 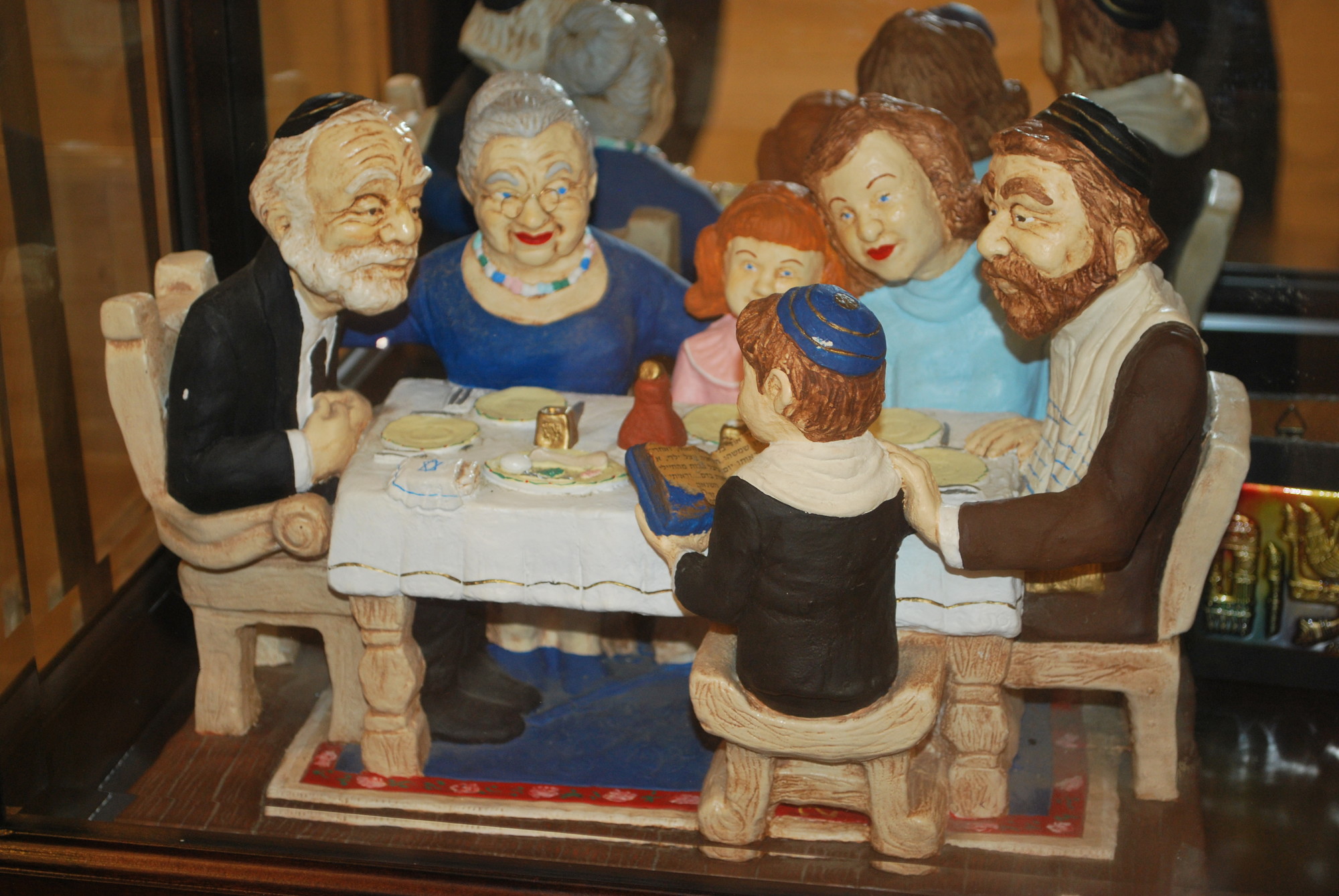 Rabbi Nochem Tenenboim, spiritual leader of the Chabad of Hewlett, said he loves this piece of art as it underscores the connection between family and religion.
Jeffrey Bessen/Herald 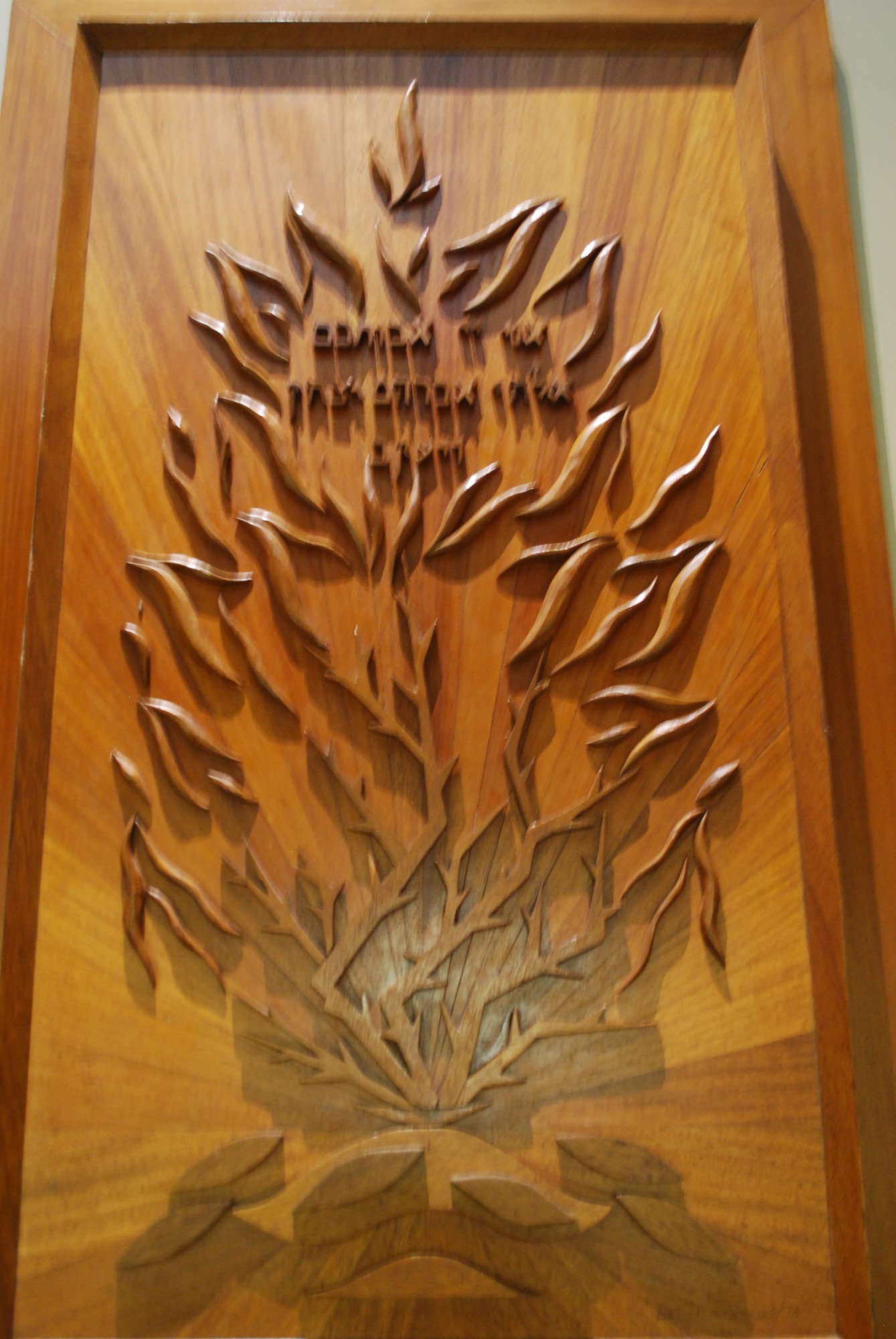 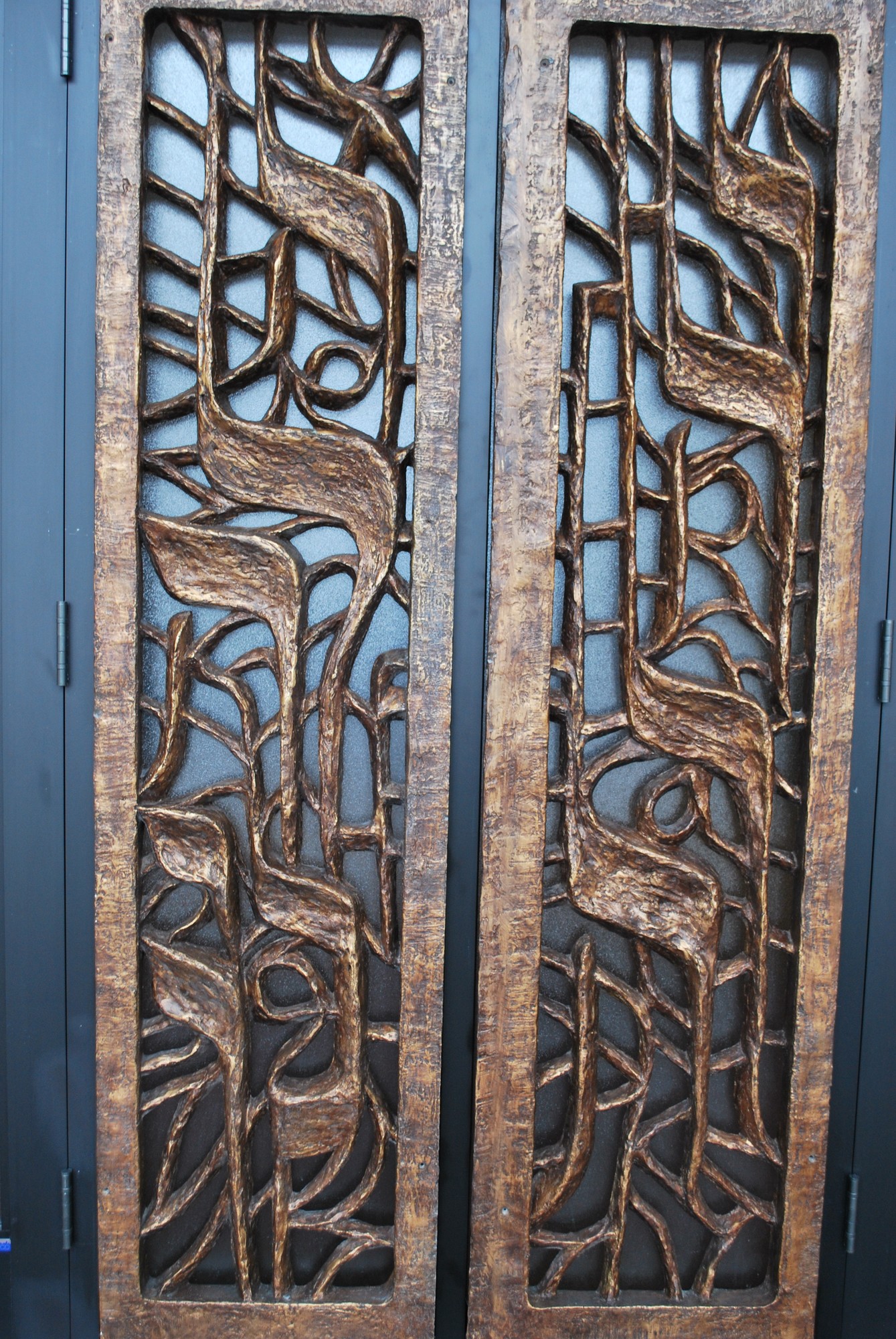 Temple Am Echad’s front doors feature a section of the ark from Temple Sinai, which merged with Temple Emanu-El to create a new congregation six years.
Jeffrey Bessen/Herald
Previous Next
By Jeff Bessen

For Jews throughout the ages creating art was a way to enhance the religion’s rituals, according to Jonathan Greenstein, owner of Cedarhurst-based J. Greenstein & Co.. Greenstein, a recognized expert of Jewish art, known as Judaica, said: “There is no style of Jewish, Jews took art from the country they were in. It wasn’t until Boris Schatz in 1907 created his style of art with Jews from Yemen, Russia and Germany.” Schatz, a Lithuanian Jew, founded the Bezalel School in Jerusalem and was known as the father of Israeli art.
In visiting Temple Israel of Lawrence, Temple Beth El in Cedarhurst, the Chabad of Hewlett and Temple Am Echad in Lynbrook, there was a variety of Jewish art that symbolized the history and ceremonies that accompany a culture that is celebrating 5,776 years.

Temple Israel
The oldest Reform synagogue on the South Shore of Nassau County, Temple Israel of Lawrence boasts the May Museum named in honor of Isabel and Samuel May, who sponsored the creation of a collection that includes Judaica and a round up of the synagogue’s 107-year history. Isabel was the temple’s first woman president 1976-77. Both are now deceased.
On display is a ketubah on Italian parchment from 1799. A ketubah is a special Jewish prenuptial agreement that summarizes the rights and responsibilities of the groom, in relation to the bride. There is also a silver encased Megillah of Esther, made in the 19th century in North Africa, possibly Morocco.
Along with the art, there a number of photographs of famous people who either visited the temple or were met by synagogue representatives. When the congregation was in Far Rockaway, former First Lady Eleanor Roosevelt helped celebrate the temple’s 40th anniversary on May 7, 1948 and noted composer and conductor Leonard Bernstein visited a year earlier; a decade before “West Side Story” was first performed. Rev. Martin Luther King Jr. spoke at the temple.