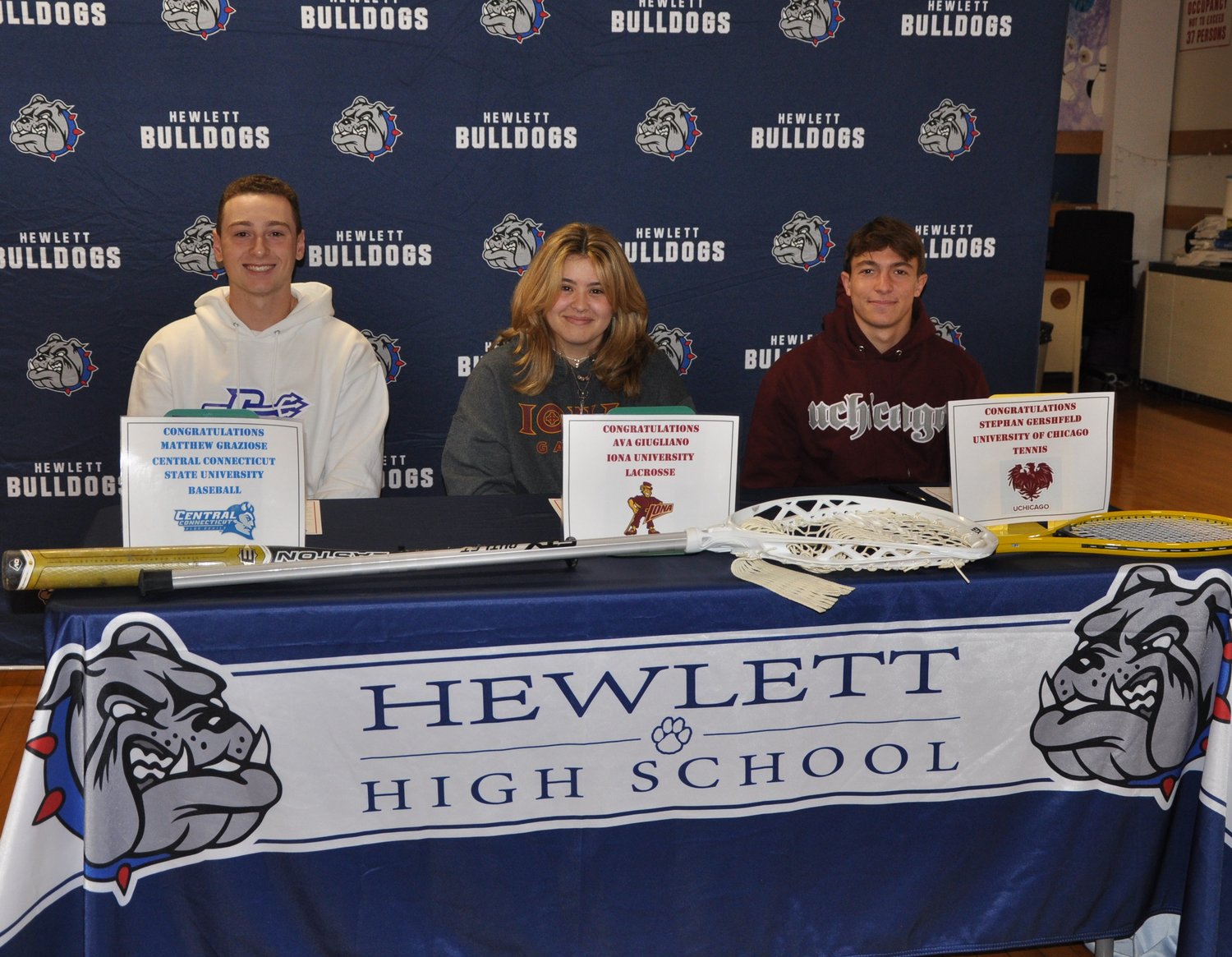 Hard work and talent has paid off for a trio of Hewlett High School seniors who signed national letters of intent on Nov. 9 to continue pursuing their dreams of athletic excellence.

Stephen Gershfeld will play tennis at the University of Chicago. As a junior, he capped off one of most dominant tennis seasons in school history and became the first male Bulldog in 31 years to win a state singles title after defeating top-seeded Emil Grantcharov of New Rochelle 6-2, 6-2 at the New York State Public High School individual championships in Queens in June.

He has not lost a match in two consecutive seasons entering the tournament and did lose a set during that time. Last year’s state tourney was canceled because of Covid-19.

Matt Graziose has served as a caption for the Bulldogs baseball team for the two past seasons, started at shortstop and was the squad’s closer. A unanimous All County player in his junior year, Graziose hit .523 with 4 home runs, 25 RBI and 20 runs scored. The right-hander will play for Central Connecticut State.

Ava Giugliano has been the girls’ lacrosse team’s starting goalie since eighth grade. She has played every minute except for two games last season due to illness. This past season Giugliano had 135 saves in 12 games and averaged 11.25 saves per game. She will play lacrosse at Iona College.