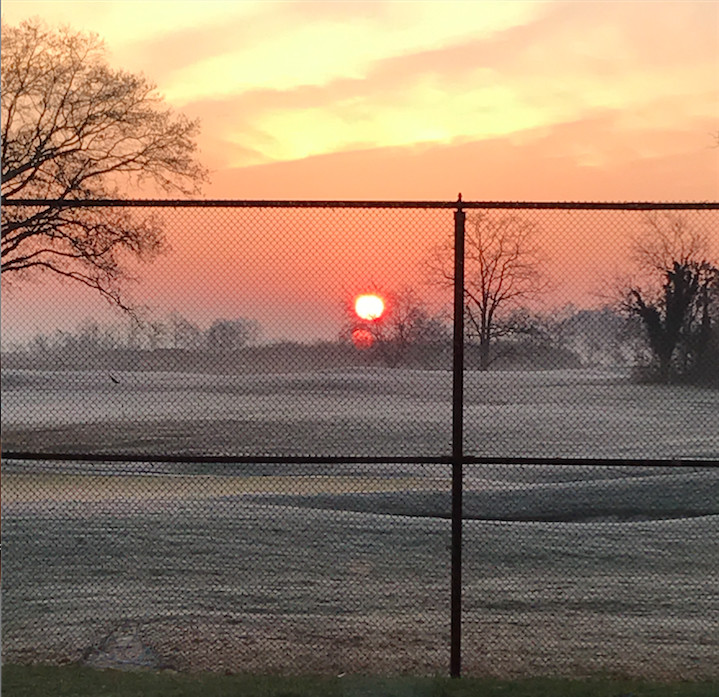 Residents who live around the Woodmere Club’s golf course are concerned that they will lose views such as this one, from the seventh hole.
Courtesy Five Towns Civic Association
By Jeff Bessen

The group, which combined three smaller organizations that voiced opposition to the possible sale of the 109-year-old club, which occupies land in Woodmere as well as the villages of Lawrence and Woodsburgh, was galvanized by its potential sale, and created an online petition last year. The sale was officially announced in April.

Now the focus of the group, which is led by board members Lee Bienstock, Pearl Bruger, Mario Joseph, Rena Saffra, Jeff Smith and Peter Stein, is blunting the more than likely development of the 110-acre site. No plans have yet to be submitted.

“Very, very often it helps to understand what the parameters are that will clearly have an impact on the community and the development,” Joseph said earlier this month, noting that government studies being conducted, including one by the U.S. Army Corps of Engineers, could impact any future development. A preliminary report is expected next year.

Broadway, the main road that is closest to the Woodmere Club, has only one lane in either direction and is heavily traveled, and commuter parking is an issue. “Parking at local Long Island Rail Road stations is already a problem,” Saffra said, referring to the limited number of spaces at the Cedarhurst, Hewlett, Lawrence and Lawrence LIRR train stations.

Weiss Properties and 2020 Acquisitions purchased the club. The plan, according to representatives of the companies, is to keep the club open for up to five years, pay down its debt and begin developing the property in 2022. Most of the land is in the hamlet of Woodmere, and is zoned Residence B. The Town of Hempstead’s zoning allows single-family detached homes, senior residence housing, agriculture and nursery uses — provided that there are no commercial displays or advertisements on the premises, or municipal recreational use.

Efrem Gerszberg, a principal of 2020 Acquisitions, said that to date, the company has not received any calls from neighbors, civic associations or government entities. He said that the company has concentrated on improving the club by adding services and reducing the cost of golf memberships, and has added 52 new members. Bookings for bar and bat mitzvahs, weddings and other catered event have also increased, Gerszberg added.
“Our plan is to build a community consistent with the character of the surrounding neighborhoods of Woodmere, Woodsburgh and Cedarhurst,” he said. “As with all our development, we welcome community input into our projects. The fiscal benefit to the community will increase ratables” — revenue from the property taxes the project would generate — “and could lower taxes for all.”

Buoyed by successful resident opposition to the first proposed sale of the Number Six School in 2013, Saffra said that the time to get involved is now, before plans are submitted and planning board hearings are scheduled. “Now is the time to do something,” she said.

“Voices can make a difference,” added her husband, David. The association has hired an attorney, Howard Avrutine, who did not return a call requesting comment by press time.

The group gained the support of Hempstead Town Councilmen Bruce Blakeman and Anthony D’Esposito, and the town enacted a six-month building moratorium on residential development of privately owned golf course properities in November 2016. The ban has been extended twice since then.

The association also received support from County Legislator Howard Kopel (R-Lawrence), who doesn’t represent the area where the club is located, but created an online petition opposing what he called “a dense housing project.”

Kopel attended the group’s Dec. 4 meeting, and three days later meet with the principals of Weiss Properties and 2020 Acquisitions. “It was a very cordial meeting, and I’m gratified with it,” Kopel said. “They are not giving anything away at this time, but they want to hear what the concerns are. They said they are still in the planning stage, and people shouldn’t pre-judge.”
Should the association have the chance to meet with Gerszberg and others, Bruger said, members should have open minds. ‘We shouldn’t talk at all,” she said. “We should listen.”

For more on the Five Towns Civic Association, go to www.5tca.org.

Have an opinion about this topic? Send your letter to the editor to jbessen@liherald.com.
Report an inappropriate comment