Site could be developed in five years 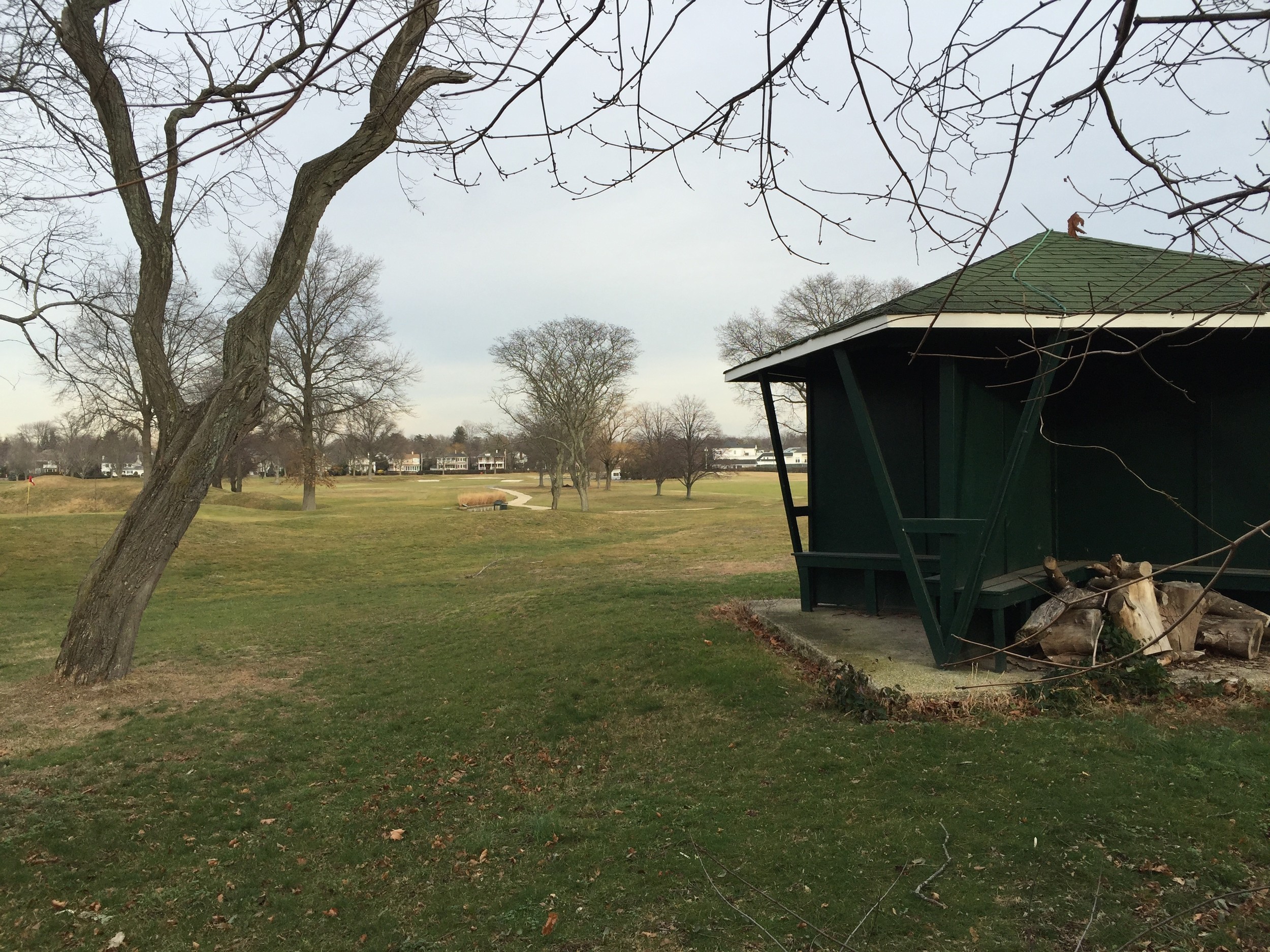 The golf course view Rose Street residents in Cedarhurst would lose if the Woodmere Club’s land were developed for homes.
Jeffrey Bessen/Herald

The Five Towns landscape could be changing in roughly five years: On Sunday, members of the 109-year-old Woodmere Club are scheduled to vote on whether to approve the club’s sale, according to a letter to members from its president, John Wiener.

While the Woodmere Club’s future may be finite, we will have much to enjoy during the next few years.”
John Wiener, Woodmere Club president
By Jeff Bessen

The Five Towns landscape could be changing in roughly five years: On Sunday, members of the 109-year-old Woodmere Club are scheduled to vote on whether to approve the club’s sale, according to a letter to members from its president, John Wiener. According to people with knowledge of the possible sale, the potential purchasers are the Weiss Group and 2020 Acquisitions.

Troon Management, based in Chicago, is expected to oversee the club’s operations for at least the next four years, and possibly five. Then, after the Weiss Group and 2020 Acquisitions have paid all of the club’s debt, they will take over the land, and most likely build homes there.

“The folks at Troon clearly know how to operate a club, and it is my expectation that we will be very pleased with the outcome,” Weiner wrote in the letter. “While the Woodmere Club’s future may be finite, we will have much to enjoy during the next few years.” Wiener did not return a call seeking comment.

Cushman & Wakefield, the commercial real estate services company, was reported to have brokered the deal, but a spokeswoman declined to comment.

There was talk last June that the club was looking to sell a good portion of its 33-acre property to a developer to build at least 150 homes on 60- by 100-foot lots. That deal fell through, but it sparked a protest by a community group calling itself Residents of Five Towns, which created an online petition that garnered nearly 500 names. “The area is dense enough, and there are plenty of houses listed for sale in the area to purchase,” Woodmere resident Patricia Robin wrote on the petition site.

The club’s neighbors say that their major objections to residential development include increased traffic volume in an already congested area; the environmental impact of the possible loss of trees and other flora; the potential for an increase in flooding as more roads are built; and the overall impact on services such as police, sanitation and sewage. The club’s land is in the hamlet of Woodmere, which is under the jurisdiction of the Town of Hempstead, as well as the Village of Woodsburgh, and is adjacent to Cedarhurst and Lawrence.

On Rose Street in Cedarhurst, which abuts a section of the golf course, a few people, including Rhonda Schwerd, said they were unhappy to hear about the potential development. “I don’t want them to build, as I bought here for the view,” said Schwerd, who has six children ranging in age from 10 to 28.

Another resident, who declined to be identified, said that her family moved in about a month ago, and that she was “very upset, positively not happy” about potentially losing the view and dealing with more traffic in the area.

In November, responding to news of the possible development, the Town of Hempstead passed a 180-day moratorium on residential development of privately owned golf course property. The ban could be extended in 90-day increments.

“We on the Hempstead Town Board want to ensure that the local residential nature and area character of our neighborhoods is preserved when a private golf course endeavors to develop a portion of its property,” Supervisor Anthony Santino said in a news release. “We will be looking at lot sizes of golf course parcels that are the subject of residential development proposals to ensure that any such home construction would complement surrounding village residential properties.”

In his letter, Wiener noted Troon’s resources, including its 230 golf clubs around the world, and added that the company could upgrade member functions, social events, tournaments and other amenities. “The buyer has agreed to fund 100 percent of the operating deficit this year,” Weiner wrote. “In future years, the deficit will also be funded by the purchaser as they are not interested in compromising the member experience.”

On a 2.2-acre portion of the club, along the waterfront side of Railroad Avenue in Woodsburgh village, Manhattan-based Phillips International wants to build 23 townhouses. Earlier this month, the company’s law firm requested the creation of a new zoning district for the village to permit construction of the townhouses.

“Mayor [Lee] Israel advised that board will continue to review the request,” the meeting minutes of the village board reported on Jan. 12, “but does not intend to take any specific action at this time.”

Have an opinion about the Woodmere being sold or development in the Five Towns? Send your letter to the editor to jbessen@liherald.com.