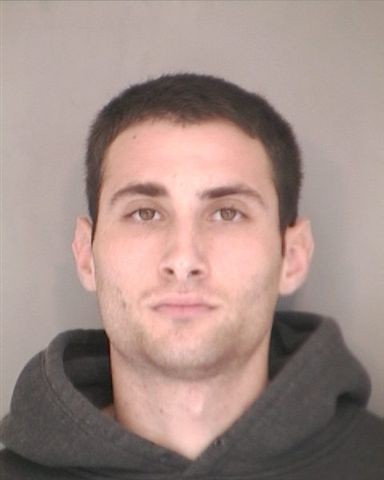 Michael Chemick, 23, of Woodmere was arrested Wednesday for attempting to lure two young girls to his vehicle on two separate occasions in the Bellmore area.
Nassau County Police Department
By Ann E. Friedman

According to police, at approximately 2:40 p.m. on Sept. 26, Chemick approached a 14-year-old girl while driving a blue 2010 Honda Accord on Fish Avenue near Newbridge Road in North Bellmore.

Police said Chemick rolled down his window and asked the victim to come over to the vehicle. He then began asking her questions, yelled obscenities and exposed himself. The girl backed away from the vehicle and fled the scene on foot.

On Oct. 15 at 3 p.m. Chemick again tried to lure a 15-year-old girl who was walking on Beltagh Avenue in Bellmore. According to police, the girl said this was the third time in two weeks that Chemick tried to talk to her.

He is being charged with attempted luring of a child, two counts of endangering the welfare of a child and stalking-third degree. He was arraigned at First District Court in Hempstead on Oct. 18.

First Squad detectives are asking anyone who may have been victimized by Chemick to contact them at (516) 573-6153.

First Squad detectives are asking anyone who may have been victimized by Chemick to contact them at 516-573-6153.