Writing a little at a time has led to lengthy literary career for David A. Adler 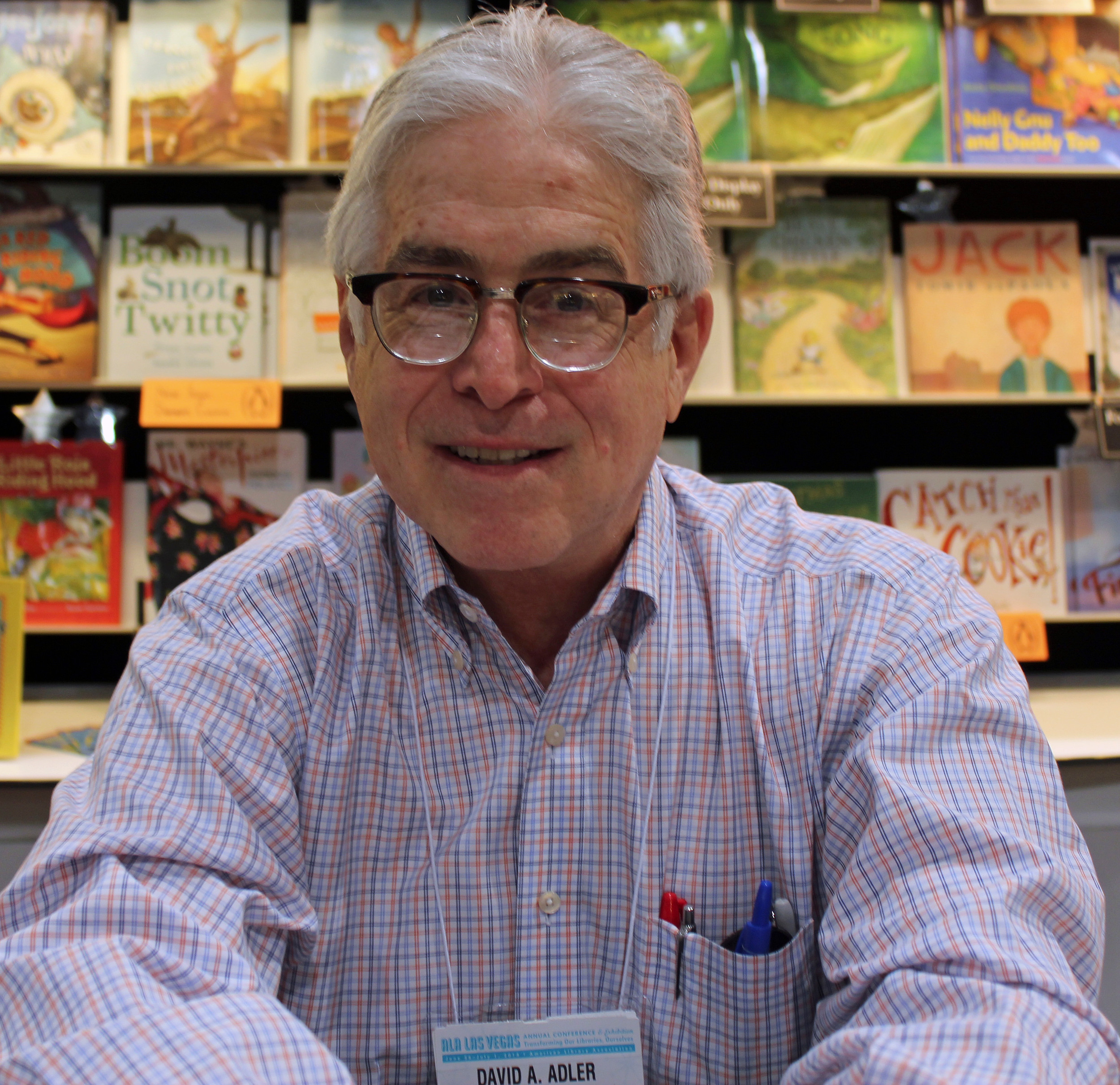 David A. Adler was given the 2016 Theodor Seuss Geisel Award for the book “Don’t Throw It to Mo.”
Courtesy Wikipedia 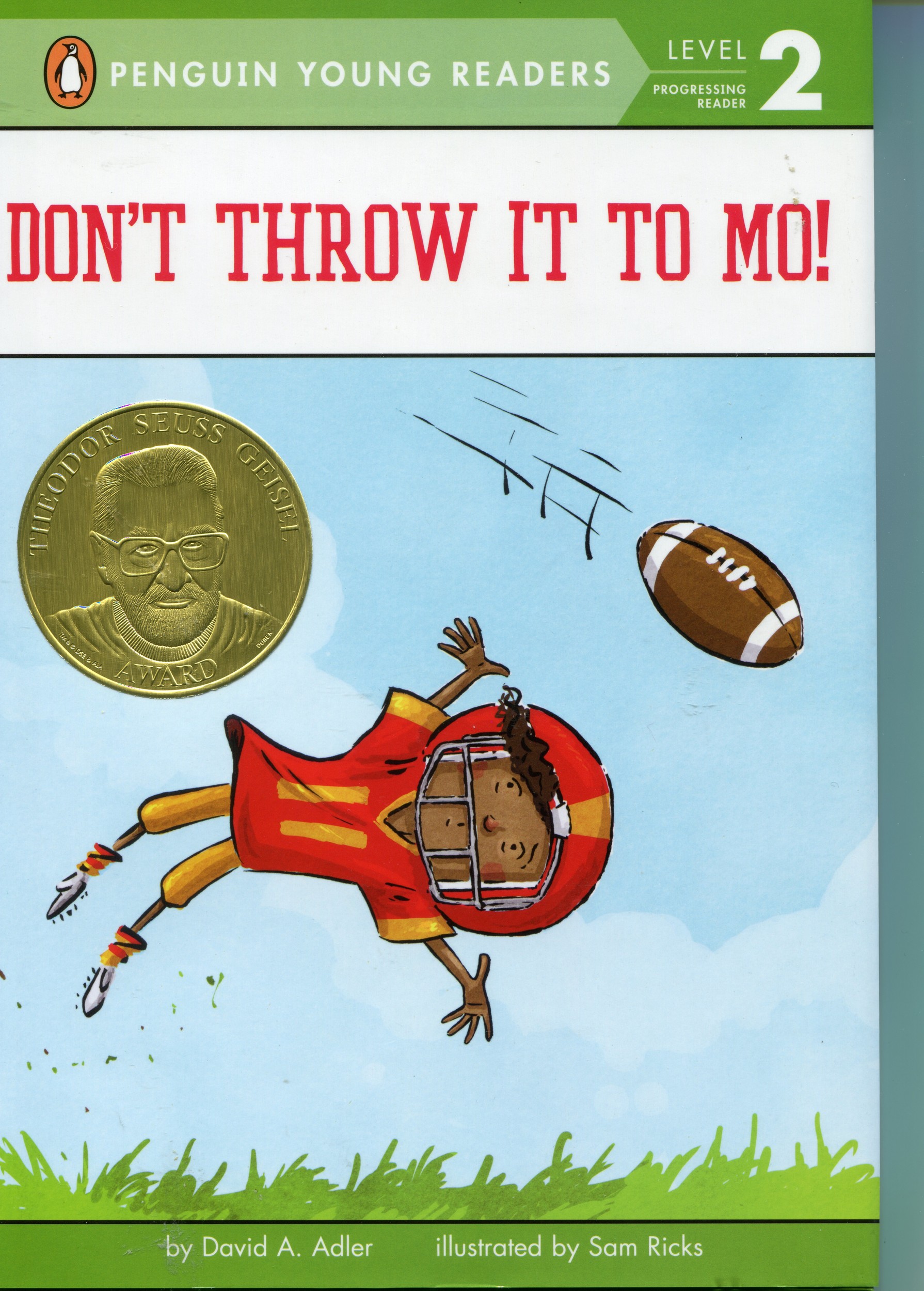 “Don’t Throw It to Mo” is the first in a new series of children’s books written by Woodmere resident David A. Adler.
Courtesy Penguin Young Readers
Previous Next

David A. Adler didn’t set out to be a writer. He was a New York City schools math teacher who earned an MBA in marketing from New York University and was working on a Ph.D. in marketing when his nephew, Donnie Adler, then 3, came for a visit in 1975.

I didn’t realize how important it was until I started getting calls. It’s an indication that the book did what I intended it to.”
David A. Adler Geisel Award winner
By Jeff Bessen

David A. Adler didn’t set out to be a writer. He was a New York City schools math teacher who earned an MBA in marketing from New York University and was working on a Ph.D. in marketing when his nephew, Donnie Adler, then 3, came for a visit in 1975.

“He kept asking questions, and an answer would lead to another question,” Adler recalled. “I was reading poetry, went to sleep and woke up with all these questions about the meter of the poetry and what this is, and I thought maybe this is a children’s book.”

Adler, 69, wrote “A Little at a Time,” about a man who takes his grandson to a museum and answers the boy’s quest for knowledge, question by question. The nearly lifelong Five Towns resident went to E. J. Korvette’s department store in Lawrence (where Costco is now), saw that Random House had the most children’s titles for sale and sent the publishing company his manuscript. Six months later he received a call.

That call led Adler to a writing career, now with more than 200 books to his credit, including the Cam Jansen mysteries. He and illustrator Sam Ricks, 34, were honored with the 2016 Theodor Seuss Geisel Award by the American Library Association for “Don’t Throw It to Mo,” the first in a new series of books published by Penguin Young Readers. The ALA presented that award and three other Geisel awards at its convention in Orlando on June 27.

Named for the world-renowned children’s author, the award recognizes books that engage kids in reading with creativity and imagination, and are literary and artistic achievements. “Ricks’ crisp and vibrant illustrations perfectly capture the action and humor inherent in the engaging narration,” ALA officials wrote of the book. “Varied sentence length, repetition and the deliberate design choices create a successful reading experience.” ALA, a Chicago-based nonprofit that promotes libraries and library education around the world, is the oldest and largest library association in the world, with more than 62,000 members.

“It’s a great honor, and it was a complete surprise,” said Ricks, who lives in Salt Lake City. “Some of my earliest memories are of my mom reading Dr. Seuss to me and my brothers. I love Dr. Seuss’s work, so to even have my name mentioned along with Geisel is amazing.”

“I didn’t realize how important it was until I started getting calls,” Adler said of winning the award. “It’s an indication that the book did what I intended it to.”
A 1964 Lawrence High School graduate, Adler lived with his family in Cedarhurst after they moved from Brooklyn. His family rented the house where writer Max Shulman — who created the TV and short story character Dobie Gillis — lived until he left for Hollywood. Adler and one of his brothers slept in Shulman’s bed.
Adler was a “house husband” in the mid-1970s when he took one of his sons, Michael, to a park in Queens. He learned that when you leave the house with a baby, there are more than a few items you need. This detail played a role in Cam Jansen’s solving one of her mysteries. When he wrote “Don’t Talk to Me About the War” a historical fiction for older readers, Adler so immersed himself in the research that once, after being called for dinner, he asked his wife, Renee, why there was snow on the ground. “It’s May,” he said. Renee said it might be May for him, but for everyone else it was February.

“Each book is different,” Adler said. “My daughter said the books are accessible because they look like grown-up books but are easy to read.”
The second “Mo” book, “Get A Hit, Mo” has been published, and a third, “Pass The Ball, Mo,” is on its way.

Learning from editors throughout his career, Adler said that finding the time to write, even for as little as 20 minutes a day, allows him to complete a manuscript. “That’s how I work, write and rewrite,” he said. “Everyone has a story. Allow yourself to be critical of your work, and take criticism.”