The event, hosted by the Islanders, nonprofit, aimed to ease the stress of deployment for mothers 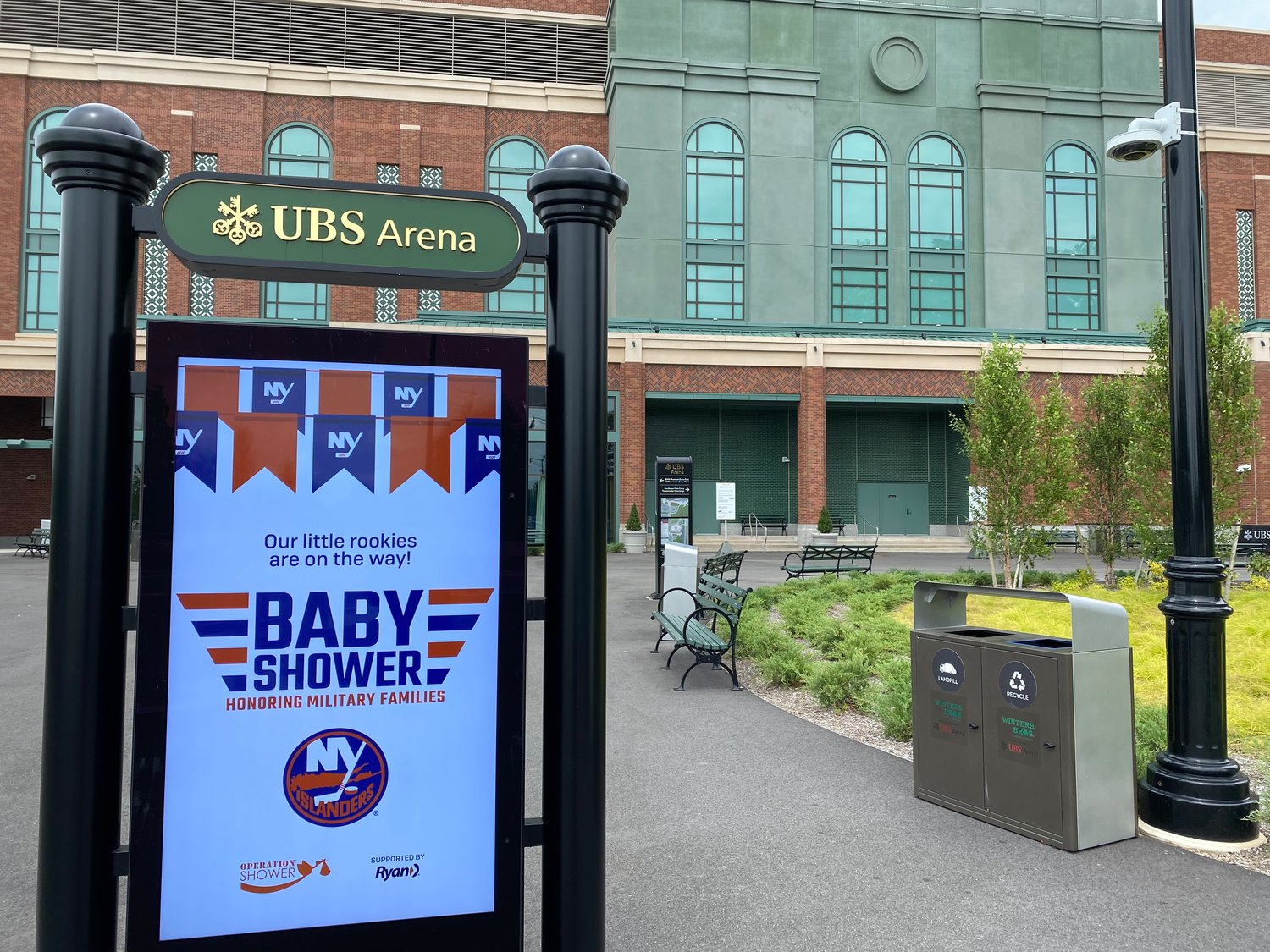 Many newborn children of military couples attended a baby shower at UBS Arena, sponsored by the New York Islanders and the nonprofit Operation Shower.
Robert Traverso/Herald 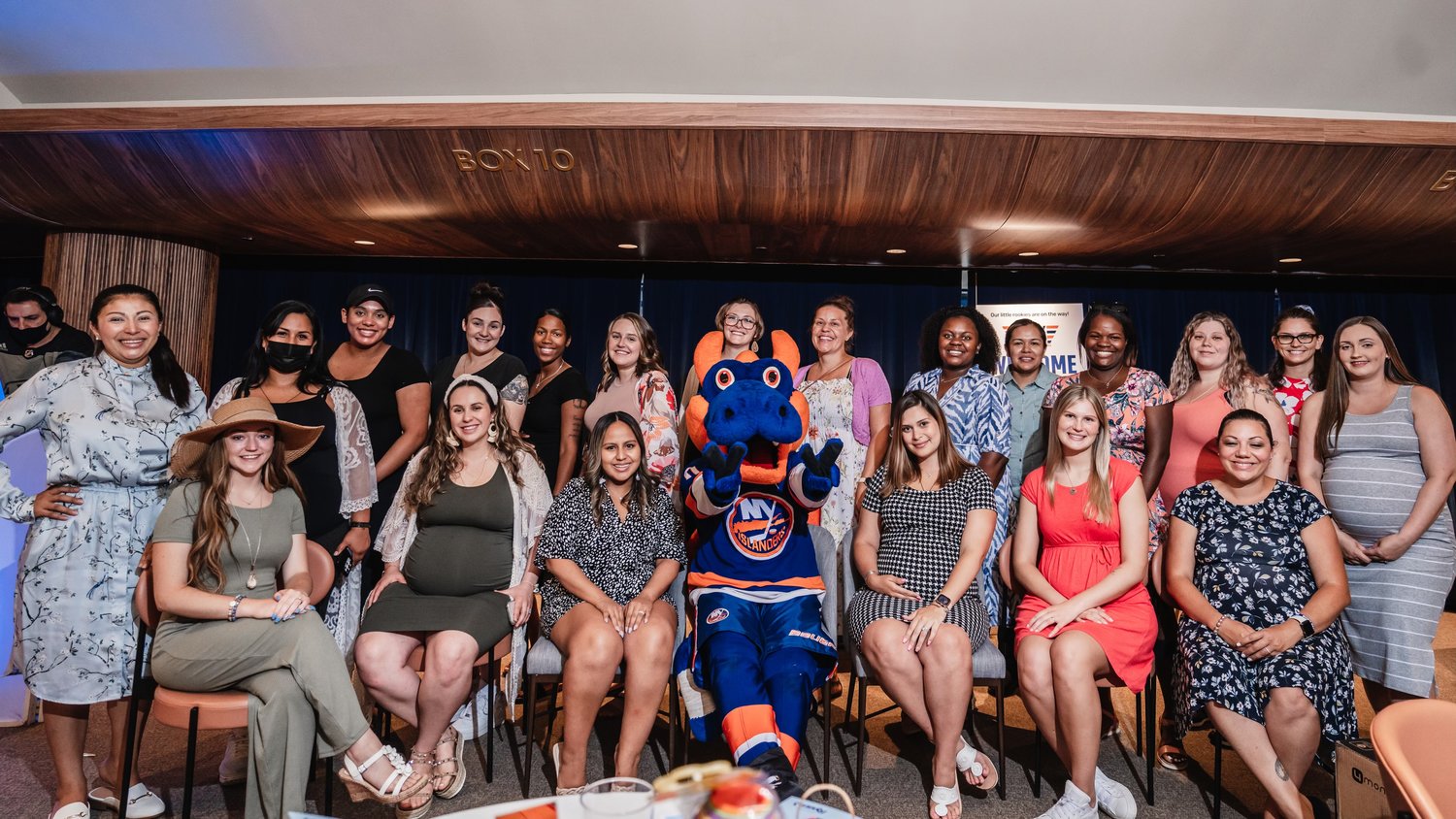 More than two-dozen military mothers were celebrated at the baby shower held inside the UBS Arena on July 6.
Photo courtesy of the New York Islanders
Previous Next

More than two dozen mothers and moms-to-be who are either active-duty service members or the spouses or partners of deployed members of the U.S. military were celebrated at a baby shower at UBS Arena last week.

The hockey-themed gathering was hosted by the New York Islanders and the nonprofit Operation Shower, which provides such events for military families who are often separated from loved ones for milestone events like this.

It was held inside the UBS Club and featured a catered lunch, raffle prizes, and a “Shower in a Box” — gifts donated by various nonprofit groups.

“It’s out of this world,” exclaimed Maxwell Renaud, who found out about the event from a posting at New Jersey’s McGuire Air Force Base, where he’s stationed, and jumped on the opportunity. His wife, Andrea Sariah, is expecting their baby boy soon, but hadn’t planned to host a shower since family and friends were so far away.

“We weren’t expecting to have one at all, so having one this amazing — and to share it with other families — blows our mind,” Sariah said.

No one probably understands that distance better than Theresa Hyacanthe, whose family is in Germany, but lives in the Northeast with her active-duty husband.

“It makes me cry that they want to give me gifts,” she said. “I don’t even know these people.”

Hyacanthe already shares a 5-year-old daughter with her husband, and are expecting another daughter in September. And she’s already making friends, like Samantha Cudmore, who recently moved to Nassau County, and who also has a husband in the service. Cudmore already has a 15-month-old child at home, and are set to welcome a sibling in August.

This year marked the second time the Islanders Children's Foundation hosted the baby shower. The foundation — which the NHL team founded in 2003 — aims to support and enhance the lives of children and families, specifically when it comes to health, wellness and education.

“The Islanders are proud to partner with Operation Shower as we express our appreciation to these courageous military moms-to-be for their service and sacrifice on behalf of our country," said Ann Rina, the Islanders’ community relations senior director, in a release.

"For women who are expecting a baby and whose spouses are deployed — and especially for expectant moms who are active duty — the impending arrival of a child can be both exciting and stressful," said LeAnn Morrissey, the founder of Operation Shower, which has provided baby showers for more than 6,800 military moms since 2007.

Delta Children, a Manhattan-based company that produces cribs and other furniture and accessories for kids, donated items for the shower because they recognize the importance of ensuring new and expecting mothers are equipped to raise their children amid the stresses of deployment and military life.

“We acknowledge their service and the sacrifices they have made,” said Joseph Shamie, Delta’s president.

And it’s those sacrifices that are often-overlooked, and shouldn’t be, Operation Shower’s leader stressed, because mothers are the cornerstone of miliary families.

"Operation Shower was created because typically military moms are the ones who hold it all together at home,” Morrissey said. “These moms deserve our support, our appreciation, and an opportunity to celebrate this wonderful milestone together.”