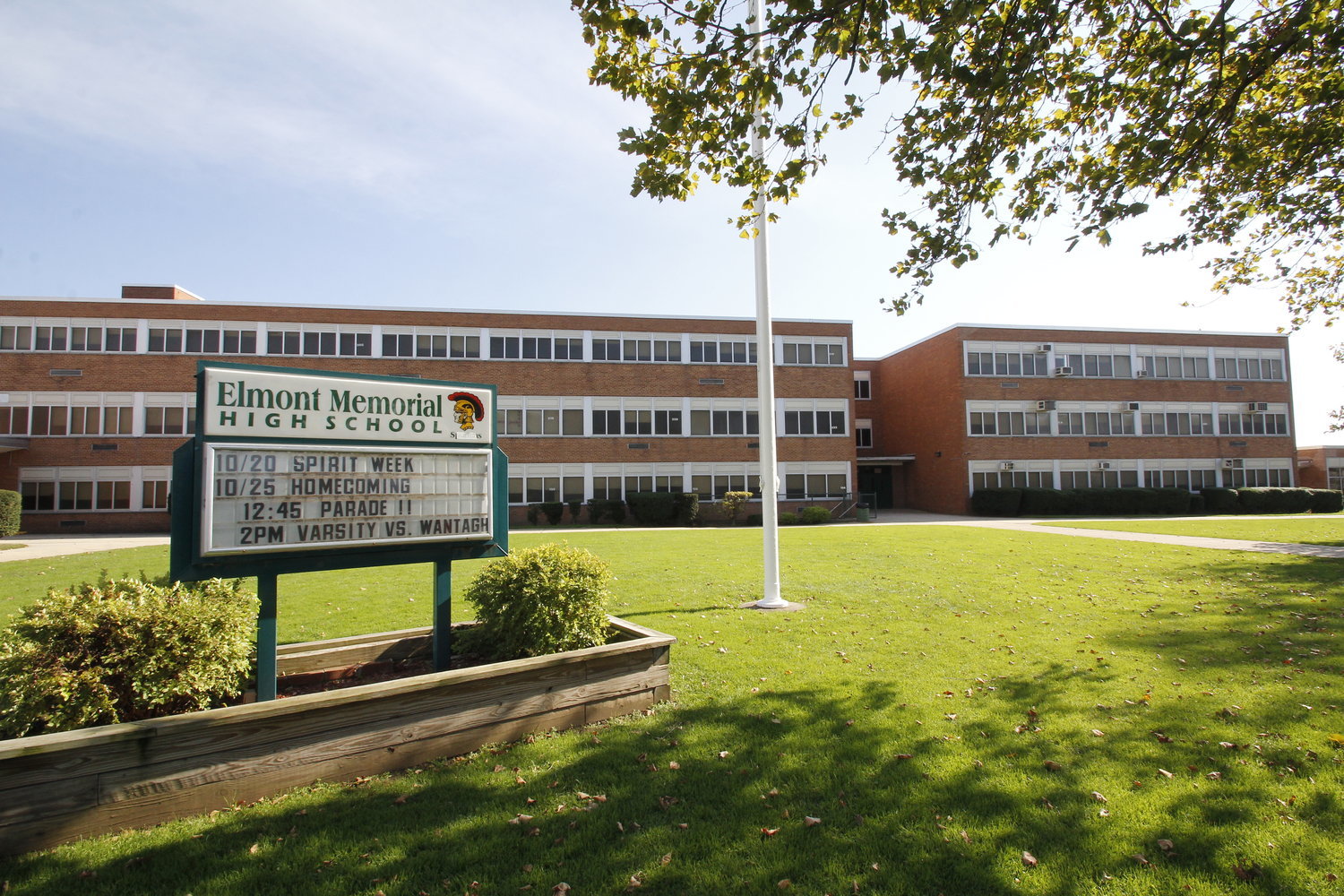 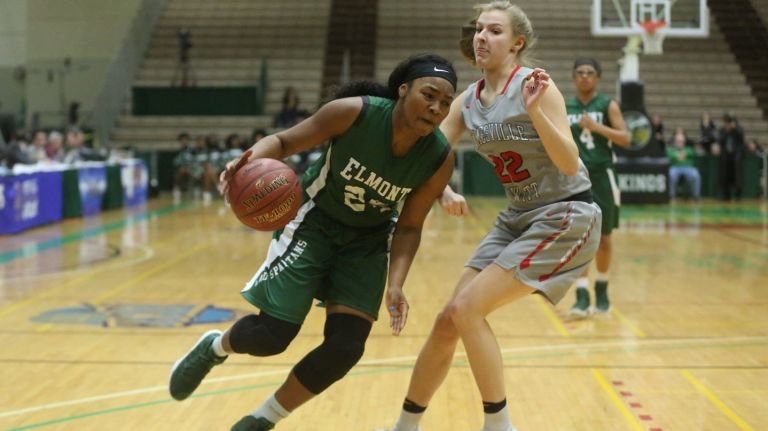 Elmont's Arielle Pierre driving against a player from Long Beach during a 2015 game.
Jeff Wilson/Herald file photo
Previous Next

The dignity of our students is at stake”
Tiffany Capers, Elmont
By Robert Traverso

Last month, a student spectator from Wellington C. Mepham High School was accused of, and later disciplined for, brandishing bananas in front of Black student athletes from Elmont Memorial High School and saying, “Here monkeys, come and get it,” during a girls’ junior varsity basketball game between Mepham and Elmont.

The superintendent of the Bellmore-Merrick school district, Michael Harrington, apologized to the Elmont community on behalf of Mepham High in a statement released after the incident. “A district student spectator made inappropriate, racist gestures in the crowd making reference to the other team’s players,” the statement read.

But according to Tiffany Capers, a former president of the Elmont High PTSA, which comprises parents, teachers, students and staff, the December incident was only one example of a 10-year pattern of racially charged behavior by Mepham spectators targeted at Elmont students during sports events. “This is a pattern of what’s happening when our kids go to this school,” Capers said.

“Certain teams don’t treat Elmont’s kids well,” Capers said. Mepham, she alleged, is a “repeat offender,” adding that Elmont students often have what she called “not a pleasant experience,” regardless of whether they win or lose, when they compete against Mepham teams because of taunting from spectators.

When Capers was PTSA president in 2019, she said, parents of Elmont students frequently complained about the behavior of Mepham spectators toward Elmont students at events including swim meets, volleyball matches and basketball games, she said — from direct taunting to yells from the crowd of students and other spectators. At a meeting that year that brought together then-superintendent of the Sewanhaka Central High School District Al Harper, Elmont Memorial High Principal Kevin Dougherty, then-athletic director Chris Agostino and students, athletes shared their experiences. When Harrington was informed about the meeting, they apologized and said the complaints would be addressed, Capers added.

But racially charged behavior at sports events hosted by Mepham continues to be an issue for students and parents at Elmont Memorial. At a Board of Education meeting two weeks ago, many parents attended, and eight spoke about incidents that were similar to what took place at last month’s basketball game, Capers said.

“No one should have hateful words spewed at them,” said State Assemblywoman Michaelle Solages, who represents Elmont in the State Legislature. Solages added that she hoped Mepham High would take “extra steps” to educate students about racial sensitivity to help prevent another incident like the one that took place in December.

Capers said the Nassau County athletic association is capable of taking large-scale action, and emphasized that the Elmont community would like to see the organization discipline students who are involved in such incidents. “The dignity of our students is at stake,” she said.

Capers did credit Mepham for its response to last month’s incident, emphasizing that Harrington and current Mepham principal Eric Gomez came to Elmont to speak with the JV girls’ basketball team and players’ parents, as well as Superintendent Grossane and Principal Dougherty, a step Capers said the school had never taken before.

In the past, she said, Mepham had sent apologies through its principal, currently Eric Gomez.

“The lack of attention from the athletic council makes it seem like they’re taking a hands-off approach on this,” she said.

Capers cited the county athletic association’s code of conduct, which has not been updated since 2002, according to its website, as evidence of inattention to racial issues. “After the George Floyd incident, every organization put out some kind of diversity and sensitivity statement,” she said, lamenting the fact that the athletic association did not issue such a statement following the killing of George Floyd in Minneapolis in May 2020.

Solages condemned the behavior of the Mepham spectators and stressed that students should not be subjected to hateful speech or behavior, especially at what she called the “safe zone” of an extracurricular activity such as a sports game.

“I hope this younger generation is culturally sensitive enough to know this behavior is wrong,” Solages said.
Report an inappropriate comment