'This is our home’ 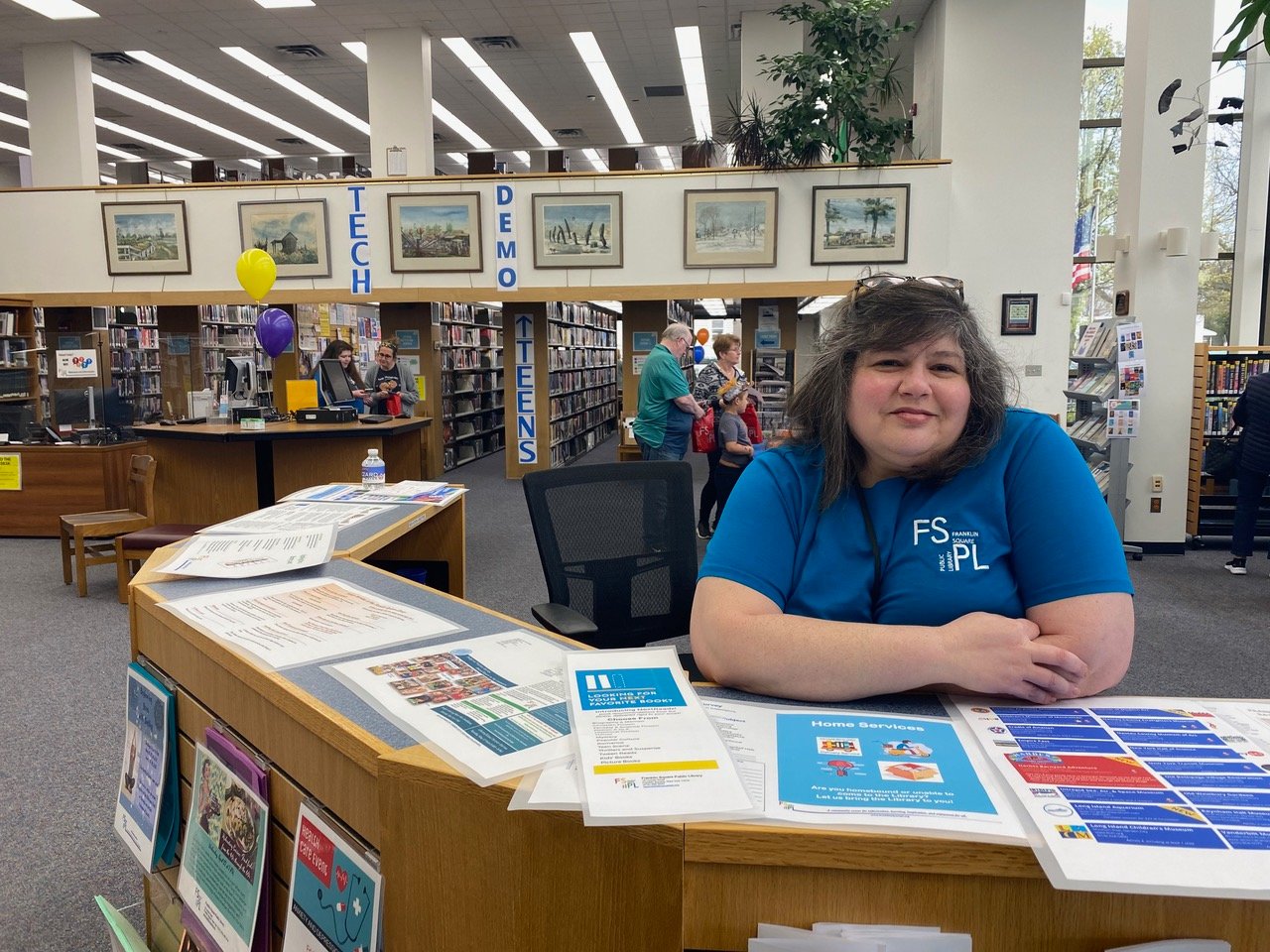 Residents familiar and unfamiliar with the library and its services turned out at the library’s first-ever open house, where coloring activities, bingo games and more were offered in the children’s room, while demonstrations of in-house technologies, such as a three-dimensional printer and a green screen, were held on the second floor for adults.

The open house was originally planned for August 2021 but was canceled due to a storm. Residents arrived on April 24 to learn about the library and what it has to offer the community.

“I think it’s great for community awareness,” said resident Adele Sezzo, who said she frequently visits the library with her husband and sons.

“The library has so much to offer … I didn’t know about half these things, and I’m here weekly,” Sezzo said.

Along with information about the library’s weekly book club for children, there were also games of bingo, guess-the-item jars and I-Spy offered in the children’s section of the library.

“We’re showing the community that the library is about more than just books,” said Shannon Meany, the children’s librarian, noting that the turnout in the children’s section was greater than expected during the event.

Moving forward with focus on technology

Aviva Kane, library director, remembered that during the 1960s and 1970s, libraries often rented to residents lawn equipment and other day-to-day items to help struggling families and offered community members an opportunity to familiarize themselves with emerging technologies.

“Whatever is old is new again,” Kane said, adding that the Franklin Square library has started what she described as a “library of things,” held in a showcase in immediate proximity to the library’s entrance, containing various devices and other technologies that the library is actively lending out to Franklin Square families.

These technologies include Roku streaming devices with access to services such as Netflix and HBO Max, DVD players, Nintendo Switch consoles and more.

“Anything that people would want to help them out,” Kane said, adding that the library offers hotspots for families who do not have access to Wi-Fi.
Kane said the library is taking steps to increase computer literacy, including offering one-on-one assistance from a technology aide upstairs at the library, as well as 24-hour access to the New York Times, which can be accessed through the library’s website.

“We are on the forefront of the war on computer illiteracy,” Kane said. “We want to give everyone the same opportunities.”

In addition to showing that it offers technological services and activities for children, the April 24 open house was about laying the groundwork for fostering stronger ties between the Franklin Square community and the library.

“We really want to see the community embrace their library,” Kane said, adding that she believes Franklin Square’s large population is able to gather at Rath Park and other outdoor locations when the weather is suitable but that the community lacks a revered, popular indoor space to gather and communicate.

In addition to the services offered for individuals and families, Kane said she plans to create spaces in the library that can be used specifically by various community groups in Franklin Square.

“We don’t ask for anything else but for you to come in and use this space,” said Kane, adding that she hopes to help transform the library into a community hub.