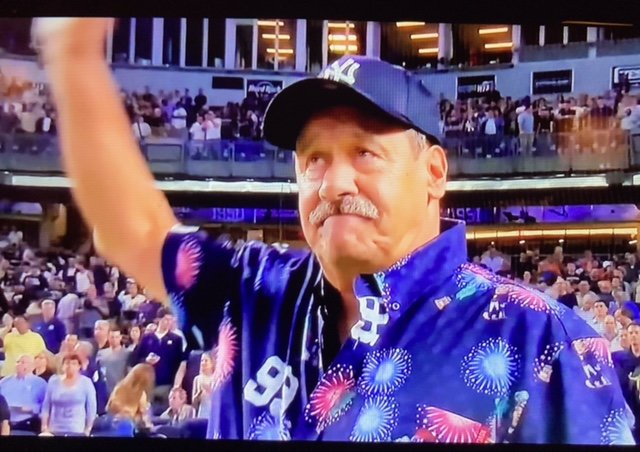 Sept. 21 was an emotional day for Vietnam War veteran and lifelong Yankees fan Lawrence Schnabel, who was publicly honored for the first time during a Yankees-Pirates game.
Courtesy Meghan D’Angelo 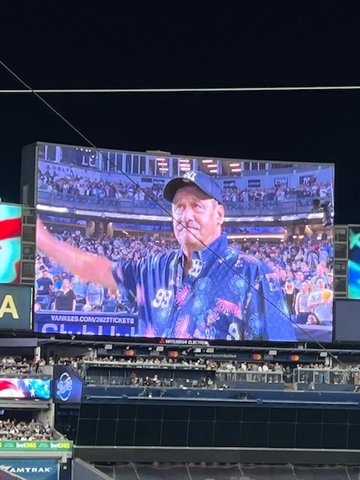 Schnabel received a big ovation at Yankee Stadium for his service in Vietnam.
Courtesy Meghan D’Angelo 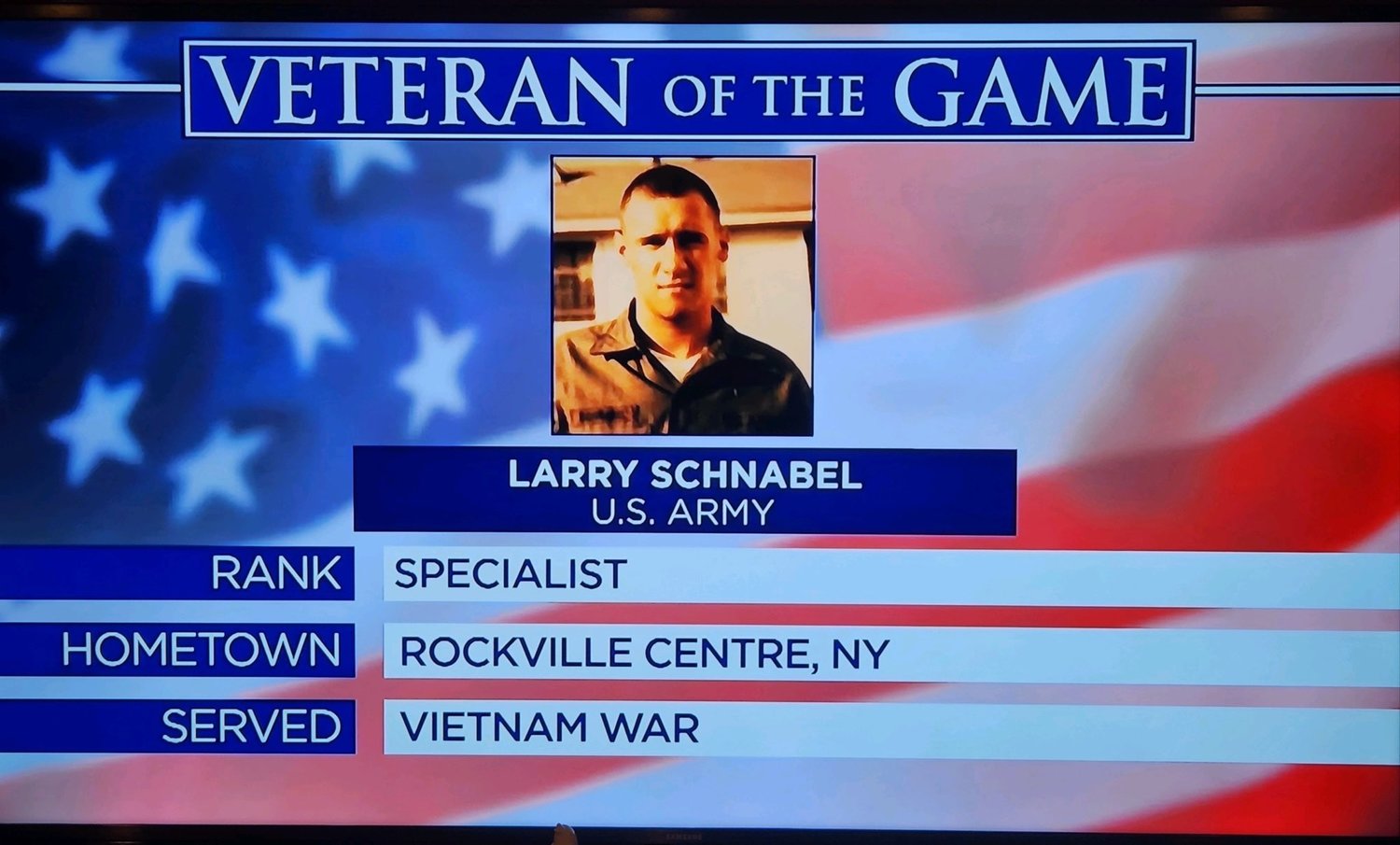 Larry Schnabel said he wanted more veterans to be recognized for their service.
Courtesy Meghan D’Angelo
Previous Next
By Kepherd Daniel

Vietnam War veteran Lawrence Schnabel, 72, of Rockville Centre, was treated to a big surprise during a game between the Yankees and the Pittsburgh Pirates at Yankee Stadium on Sept. 21. During the seventh-inning stretch, Schnabel was escorted out onto the field and introduced with a public-address announcement, honored for his service.

“It was a big surprise,” Schnabel said. “I was out on the field, and they showed me on the big screen and on TV. It was awesome.”

Schnabel has five children, Brian, Meghan D’Angelo, Caitlin, Paul and Casey, and two grandchildren, Caeleigh Kourie and Siena D’Angelo. His kids arranged for him to be honored at the game, in what turned out to be a multi-year plan. “My children put in a request for it, and it took about three years to go through all the paperwork,” he explained. “It’s a very nice thing that the Yankees do. Every game, in the seventh inning, they honor veterans.”

The short ceremony was especially meaningful for Schnabel, who’s a lifelong Yankees fan. Not only did the Yankees dominate the Pirates, 14-2, but it was also the first time he had ever been publicly honored for his service.

Schnabel, a member of American Legion Post 246 for 10 years, was born in Franklin Square, and when he was 5 his family moved to Rockville Centre, where he has lived for 68 years. He served in Vietnam for two years, having been drafted into the Army. “When I was on the ground it was just a difficult time,” he recalled, “especially because it was a long way from home.”

The Army supported an orphanage in Vietnam, a mile from where Schnabel was stationed. “There were a lot of Vietnamese war babies and a lot of American babies, and we used to bring over some wood to help with fencing,” he recounted. “We had a bunch of guys with younger kids, brothers and sisters at home, and they’d have their parents send over some clothes and we’d give them to the orphans. Once or twice a week, we’d bring over food from the mess hall after lunch. We were very proud of that.”

He recalled the reception he received when he came home from the war. “You didn’t have any support when you came back,” Schnabel said. “It was a hard time for Vietnam veterans coming home.” His wife, Regina, was happy that he was honored for his service on such a big stage in the Bronx. “He wasn’t given the rightful appreciation and welcome home when he came back from Vietnam,” she said, “and on Sept. 21, he got the right welcome home.”

While his experience in the war and after he returned was difficult, Schnabel said, he is proud that he was able to serve his country. “I was proud to defend our country and do my job,” he said.

After his service, he worked for the technology company Avaya for 40 years. He met Regina in 1979, and they have been married for 41 years.

After retiring in 2009, Schnabel spent time with his wife and grandchildren, but had a series of heart problems. He suffered a heart attack, underwent triple bypass surgery and finally required a heart transplant in 2014. “It was a long five years from the time everything started to the time we finally got a new heart,” he said.

Eight and a half years after the transplant, he said he has been in good health ever since. “The wife has been taking good care of me,” Schnabel said.

He is happy, he said, that there is more appreciation and support for veterans these days. “People realize what you did, and there’s a lot more respect from people now,” he said. He plans to attend the Rockville Centre Veterans Day parade, and the ceremony at the recreation center. He will turn 73 on Nov. 12, the day afterward.

It is always important to honor those who served, Schnabel said — and not just the men. “With Veterans Day coming up, you see the men all wear the hats from World War II, Vietnam and Korea, but the women, you never see,” he said. “They’re a very unrecognized group, and they deserve a lot more recognition. Even today there are a lot of women in the armed services, and it’s important to honor everybody who served.”