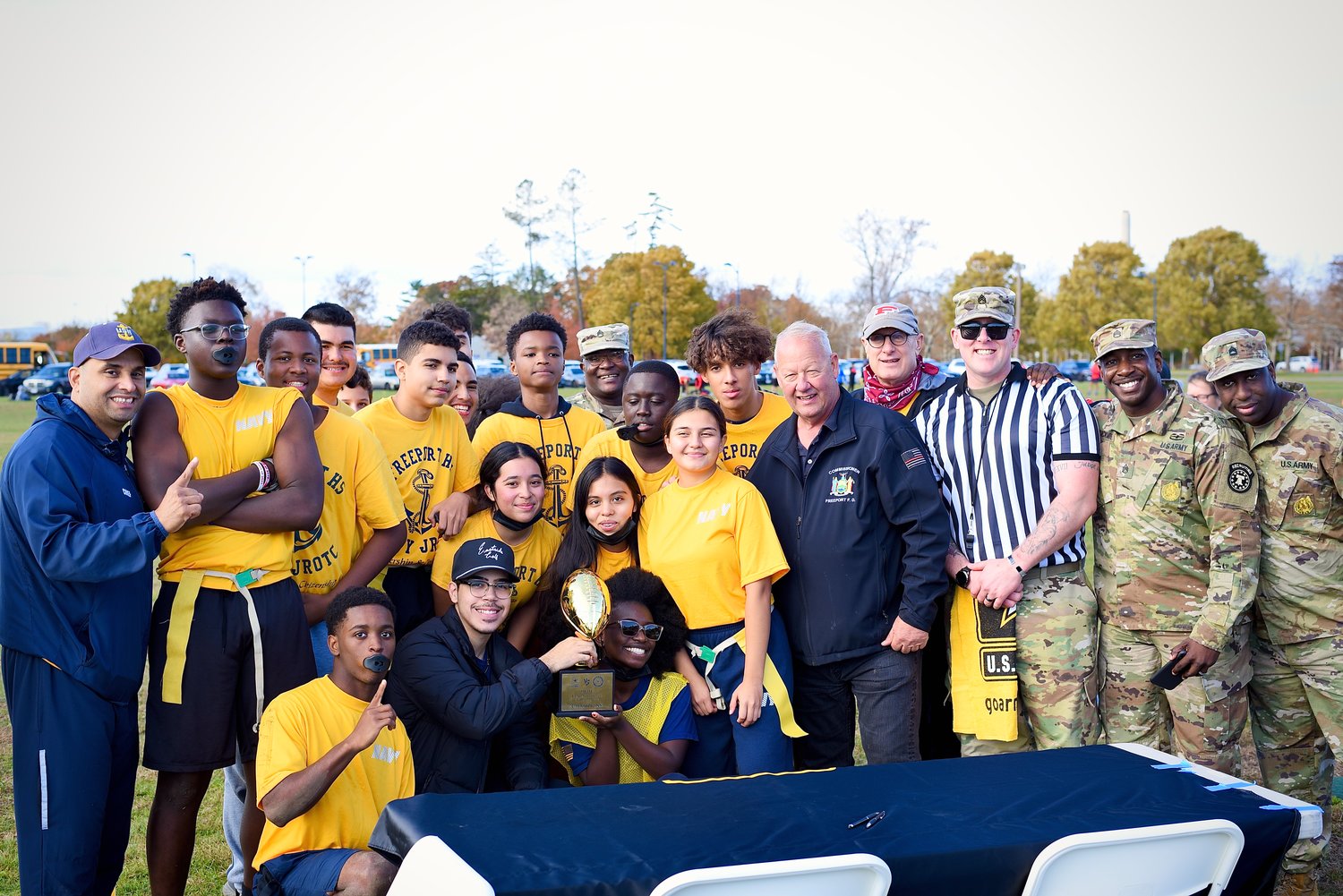 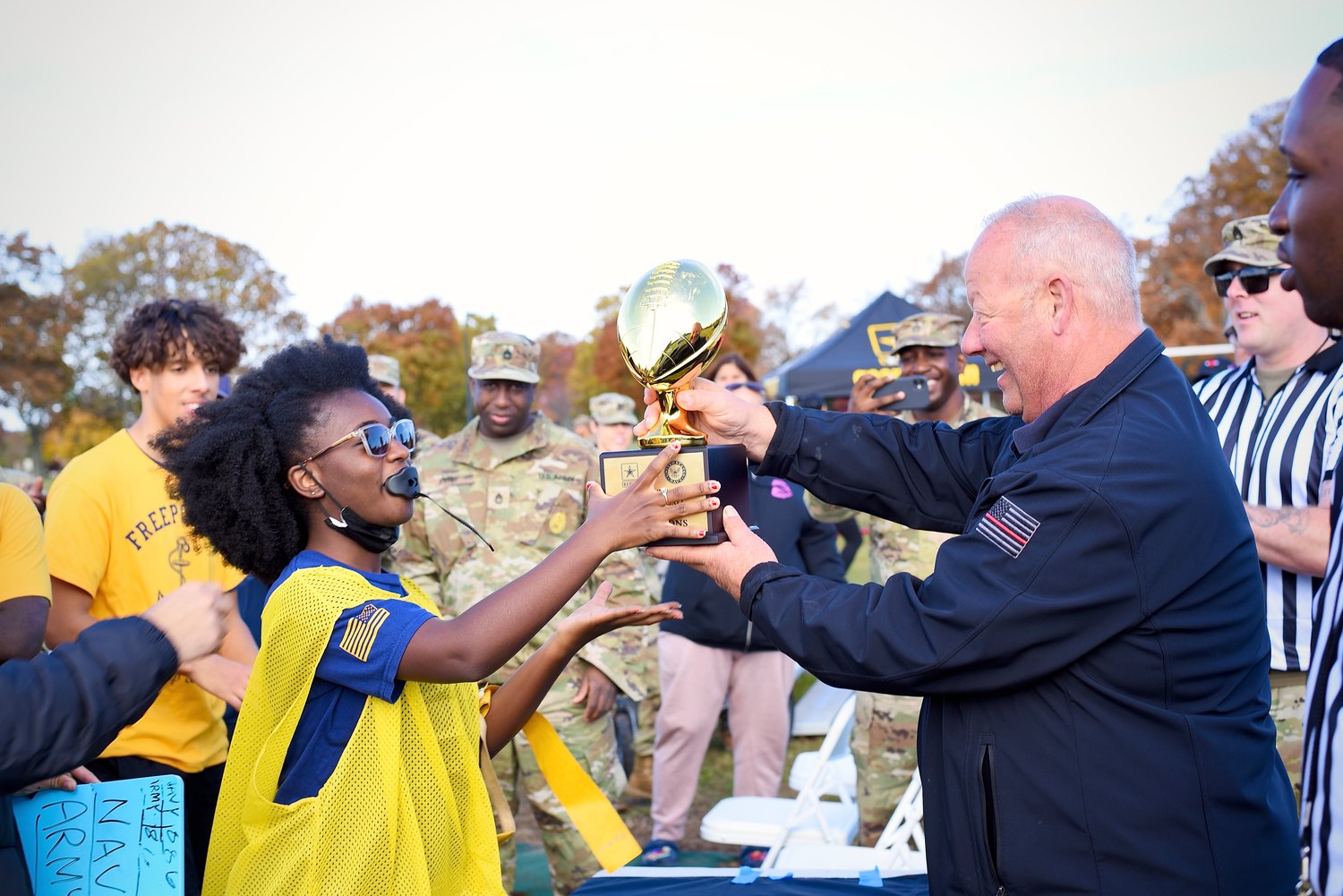 “This is the first Army-Navy JROTC game ever between Freeport and Uniondale,” said Major Donald Moore, the Navy JROTC Commander at Freeport High School.

“This is a play on the real Army-Navy game,” said Major Terry Foster, Army JROTC Commander at Uniondale High School. The major was referring to the competition between the Army Black Knights of the United States Military Acadamy at West Point, NY, and the Navy Midshipmen of the United States Naval Academy at Annapolis, MD, which occurs yearly on the second Saturday in December and traditionally marks the end of the regular college football season.

“This is just something we’ve been doing now a little bit more than a month,” said Major Foster in a pre-game interview. “It’s a flag football event. They’ll wear flags around their waists and we’ll play by the National Football League flag football rules, so everyone is doing the same things and we’re operating under the same set of guidelines.”

Under federal guidelines, “Fifty percent of the players on the field must be female,” said Major Foster. “One of my quarterbacks is female, by the way, and she’s good! She earned the quarterback slot.”

Major Foster and Major Moore both agreed beforehand that this game should be fully handled by the cadets.

“We committed ourselves to not get into the coaching mode,” said Major Foster, “so we’re not going to be there coaching or anything, we’re going to let the kids do it.”

At Field 5 in Eisenhower Park in East Meadow, the game started at 10 a.m. sharp. The players ignored the stiff breezes that developed into tornados farther east in the afternoon, and faced off good-naturedly. On the last play of the game, Freeport won, 21-14.

Cadet Moran of the Freeport Navy ROTC acted as the Freeport coach. In a post-game interview, he said, “It was something new for us. We were going in there blind, and we had our hopes up the whole time, but we were just there to have fun. … It was a good game, very tough competition against the Uniondale team.”

Uniondale’s wide receiver, Cadet Sergeant Kendrick Sanford, said, “It was a little nerve-wracking at first because you don’t know what’s going to happen, but actually the experience was fun.They just pulled it out at the last play and they beat us fair and square.”

“I’m hoping it becomes a tradition between the schools,” said Moran. “It’s a good, friendly rivalry and I hope it continues throughout the years.”

Sanford agreed. “I would absolutely love to do it again,” he said. “It was great. The food was great, the drinks were great [after the game], and it was just fun all around.”

“Both teams played an outstanding game along with the coaches and referees,” said Mayor Robert Kennedy, who attended the event. “It was an honor to present the trophy to the Freeport Navy Team. I want to thank our active duty army representatives and Major Moore who coordinated this exciting and successful event.”