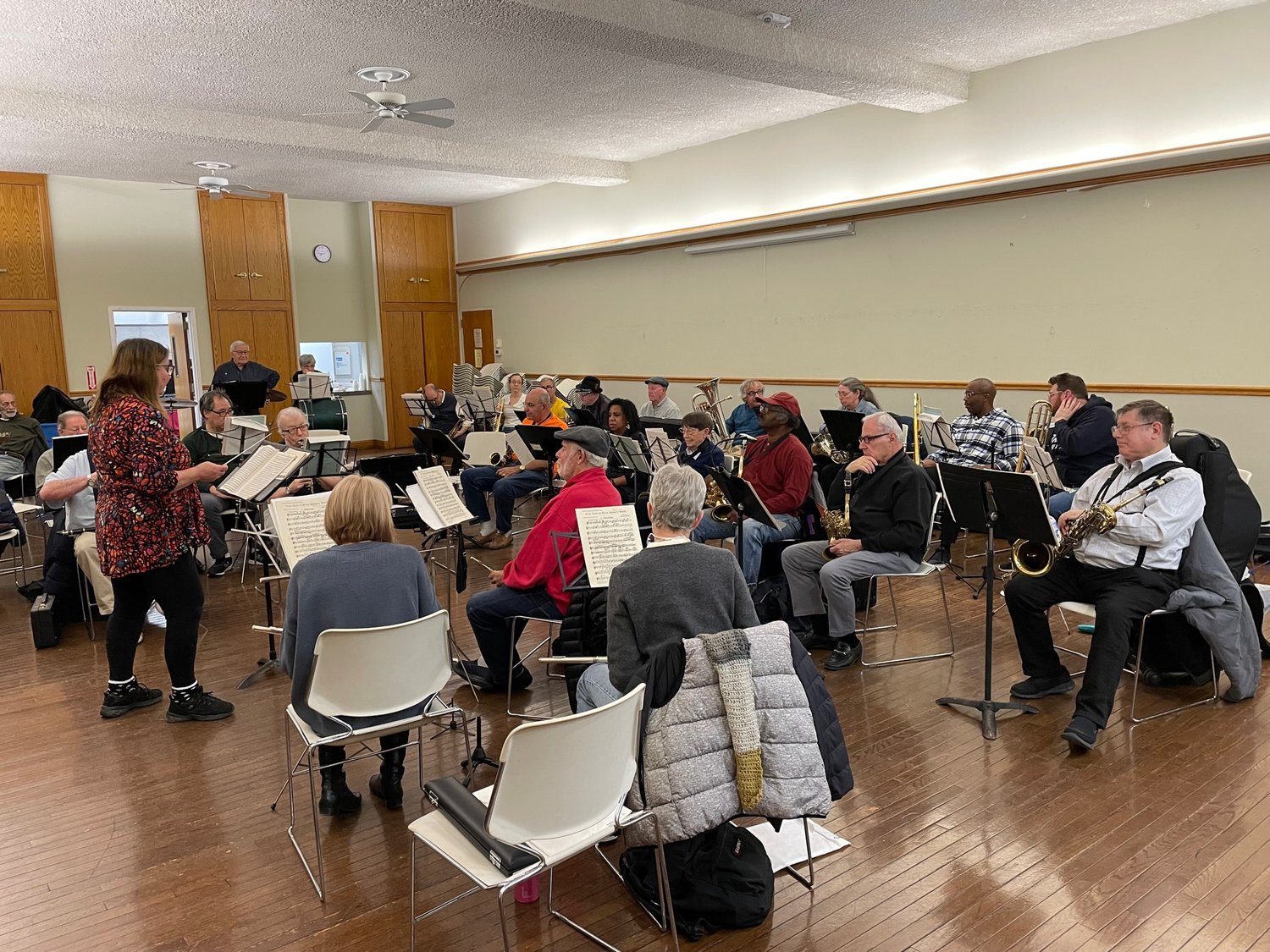 The Freeport Community Band kicked off its second century of performances around Nassau and Suffolk counties a little later than expected. And what was to blame? That’s right, the coronavirus pandemic.

Made up of musicians of various ages and backgrounds, the community band is an all-volunteer group that welcomes everyone from high school teens to elders, amateurs, professionals — from all walks of life. They hail not just from Freeport and neighboring towns like Baldwin and Oceanside, but also from as far out as Suffolk County and Queens.

“The Freeport Community Band means my connection to music and fills a passion for music that I have always had,” said Joshua Stein, a Woodmere resident and band member since 1989.

Bill Dayton conducted the band until 1971. He was succeeded by Ned Mahoney, who is now the band’s conductor emeritus. Under his direction, the marching band gradually evolved into a concert band.

But a lot has changed over the past century, including its relationship with the modern-day fire department, which had evolved in its own ways. The band dropped “fire department” from its branding in 2009, and expanded substantially — from 14 members, to more than 50.

“The band is no longer associated with the fire department,” said Barry Howard, the band’s secretary. “It’s a group of older people and younger people, all of whom have an interest in music.”

Some of them are indeed those who are fresh from bands in high school or even college. “But we also have a group of older folks — like me — who were upon retirement, (and) wanted to give themselves a gift,” Howard added. “And the gift for me was a return to music, the music that I had played back in high school.”

It was set to be a true 100th anniversary as 2021 neared. But then the virus came, and everything stopped. In-person rehearsals halted right away, with instructional meetings on Zoom replacing them to keep members in-touch while ensuring they didn’t get too rusty during the lockdown.

“The desire to play was pretty strong,” Howard said. “So, we started again this season in June. But once again, trying to be as careful as we possibly can, and keep playing — hoping that we are all healthy.”

But not even the talented group of musicians were immune to the pandemic swirling around them. They lost Vincent Scire in March 2020.

“Sadly, at the very beginning of Covid, our lead clarinet player — someone we call our concertmaster — succumbed to Covid,” Howard said. “It was a very sad moment, but us playing now is us saying the band will continue.”

Numbers did fall as the coronavirus raged on, but since regrouping this past summer, the community band has slowly regained traction, recruiting new members.

“Any of the music that we play has been adapted to the concert band style of instruments,” said Howard, “We don’t have violins. Of course, it’s all brass instruments and woodwind instruments. So, the music is usually adapted for it. But there are concert bands throughout the country.”

And yes, those bands are organized — as the Association of Concert Bands, which the Freeport Community Band is an official chapter. The association was started in 1977 and is made up of bands, communities, and businesses that have the resources and the motivation to meet the needs of professional adult instrumentalists who play in and conduct community concert bands.

“We’re always looking for people that have had some sort of interest in music in their life,” Howard said. “Maybe they graduated high school, went through college then went off and worked in their field, but then decided they wanted to come back and play.”

Dale Allinson was elected the band’s president earlier this year, succeeding longtime leader William Rothchild. Allinson has been a flutist in the band for more than a decade. Although she now lives in East Meadow, Allinson was raised in Freeport and attended Baldwin High School, where she played the flute.

“The band allows me to bring a wide variety of people together,” Allinson said, “all sharing a common interest in music that I have.”

The Freeport Community Band meets every other Monday at Baldwin’s First Presbyterian Church for rehearsal. And each season, the band also plays up to four free concerts for the community itself.

“All of whom had a common interest: They just wanted to get back to creating music.”