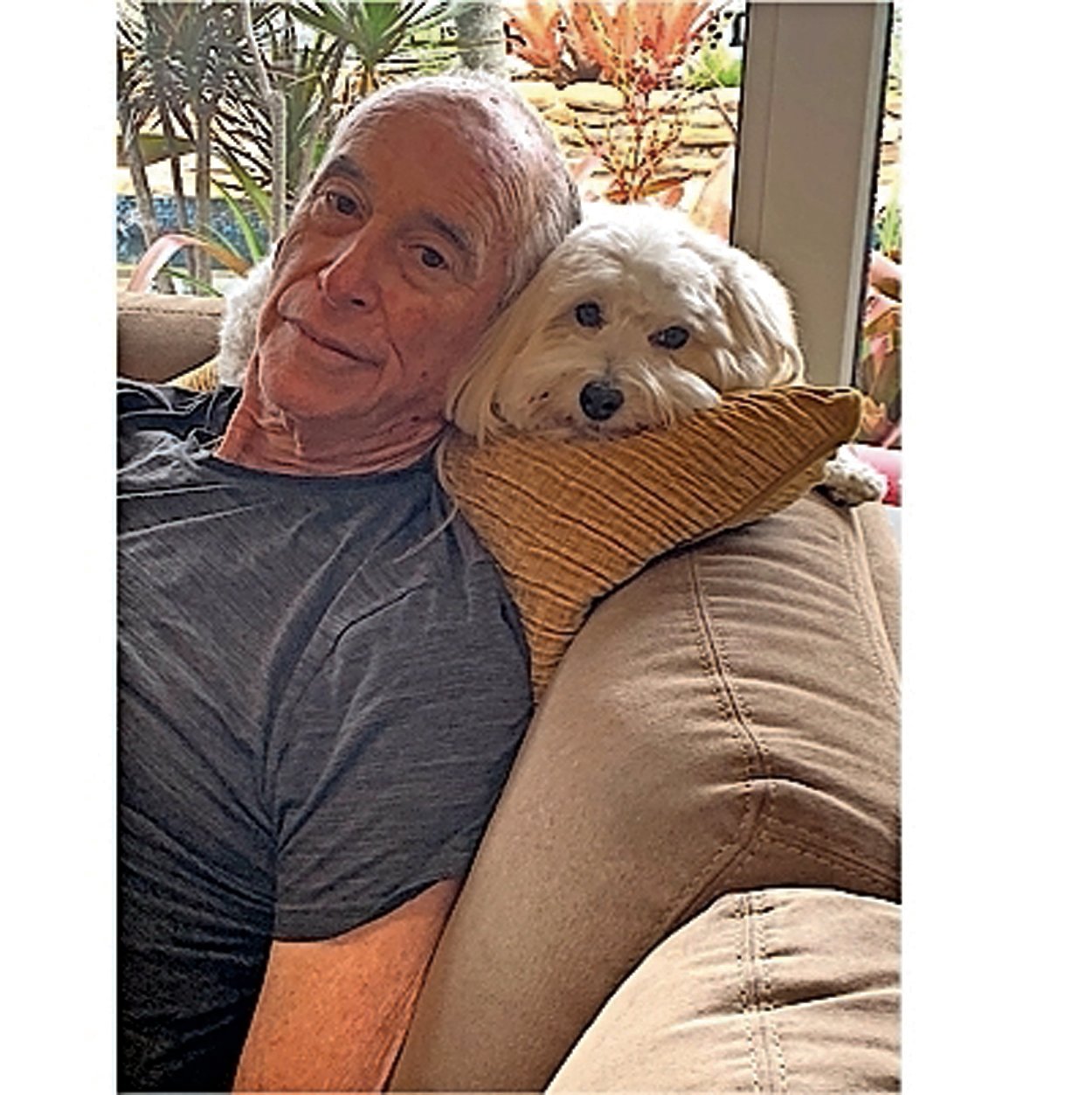 Lillybee and Don are tying the knot.
In an unintended romantic consequence of the pandemic, my husband and Lillybee, daughter of Sinbad el Amante Suave and Ivy of Chickadee Cotons, are making it official. After nearly three years of relative isolation, with no doggie play dates and no dog park, they are inseparable. Their path forward: together.
As the third leg of this domestic canine cluster, I will speak now in protest or be compelled to forever hold my peace (an unlikely scenario).
For starters, Lillybee’s pedigree is much finer than my husband’s. She came from a dam and sire raised by boutique breeders in Oregon and Arizona. Don is from Brooklyn. His parentage goes back to various anonymous Hungarian horse traders who sailed to America in steerage. Lillybee flew first class from Arizona. And she can trace her heritage back to great-grandparents Fozzie T. Bear of Amanda Sue Cotons and Yankee Doodle Dandelion of Windy Hills Cotons.
Then there is the age disparity. Don is 76, and Lillybee is 35 in dog years. She weighs 13 pounds. He weighed that at birth.


In the beginning we were the classic trio, older couple and new pup. Truthfully, we figured she would be our last pup, given the average human life span and the projected life span of a small dog. We hoped to pretty much finish up at the same time.
Lillybee, like her cohorts, is a personality. She raises her nose in the air and tests the wind. She assesses which advantages she can push. She’s clever, that girl, and without ethics of any kind. I guess you could say she is purely transactional. Give her something and you get something.
When my husband was working and I was at home doing the dog training, Lillybee learned to sit for a treat, lie down, come when called and go to her place on a mat in the corner of the kitchen while we ate our meals. She never “demand” barked, which is an obnoxious trait wherein a dog barks loudly and incessantly in your face for something — food or attention or a walk. Not acceptable! The idea is that after training for good behavior with tons of treats to sweeten the pot, the dog will adopt the good behavior even without a treat.
It did not take long for us to realize that Lillybee does nothing for nothing. If you want her to sit and you aren’t prepared to offer her a sizable piece of dried sweet potato, you are barking up the wrong tree. Training her was exhausting. You could almost hear her thinking, “I don’t have to sit. But I’ll do it if you give me one of those compressed chicken weenies.”
She was always an alpha dog, and she landed with us, a Triple A alpha couple. Still, her life in our home was rewarding and fun and fully inclusive of us as a trio.
Then the pandemic hit, and we and she were completely isolated. Don and I spent many more hours at home. He retired. We didn’t travel much, and she had been accustomed to riding in airplanes zipped into a canvas bag under the seat. She was a get-up-and-go dog.
At the beginning of the pandemic, there were rumors that dogs could carry the virus and advice not to let them into a sick room. We didn’t know how strict to be, so we just kept her inside with us, except for walks. There was a lot of togetherness; since we couldn’t see our grandkids, Lillybee was the main event. She began to “demand” bark.
Don began to give her extra treats. Not just chicken weenies and dried sweet potato, but shreds of salmon at $18 a pound and the occasional peanut. I’m not saying he’s not a naturally lovable guy, but soon Lillybee would not leave his side. No going to her “place” during meals. He pulled out a chair for her at the table and she would gaze longingly into his eyes, clearly praying for him to drop a crumb.
He started to think it was personal, not realizing that he’s only as good as his supply of dried liver. He decided to increase her stash of toys, even buying two stuffed duckies in case one of them got dirty.
Then, I heard him call her “darling,” as in “Darling, want a belly rub?” That was when I realized this wasn’t just a fling.
I heard they’re registered at Bloomingdales.

This summer’s recommended reads, none too long

We are drifting so far from the founders’ ideals

Come along with me on a trip Down East

The Fourth flutters by, and we’re still standing