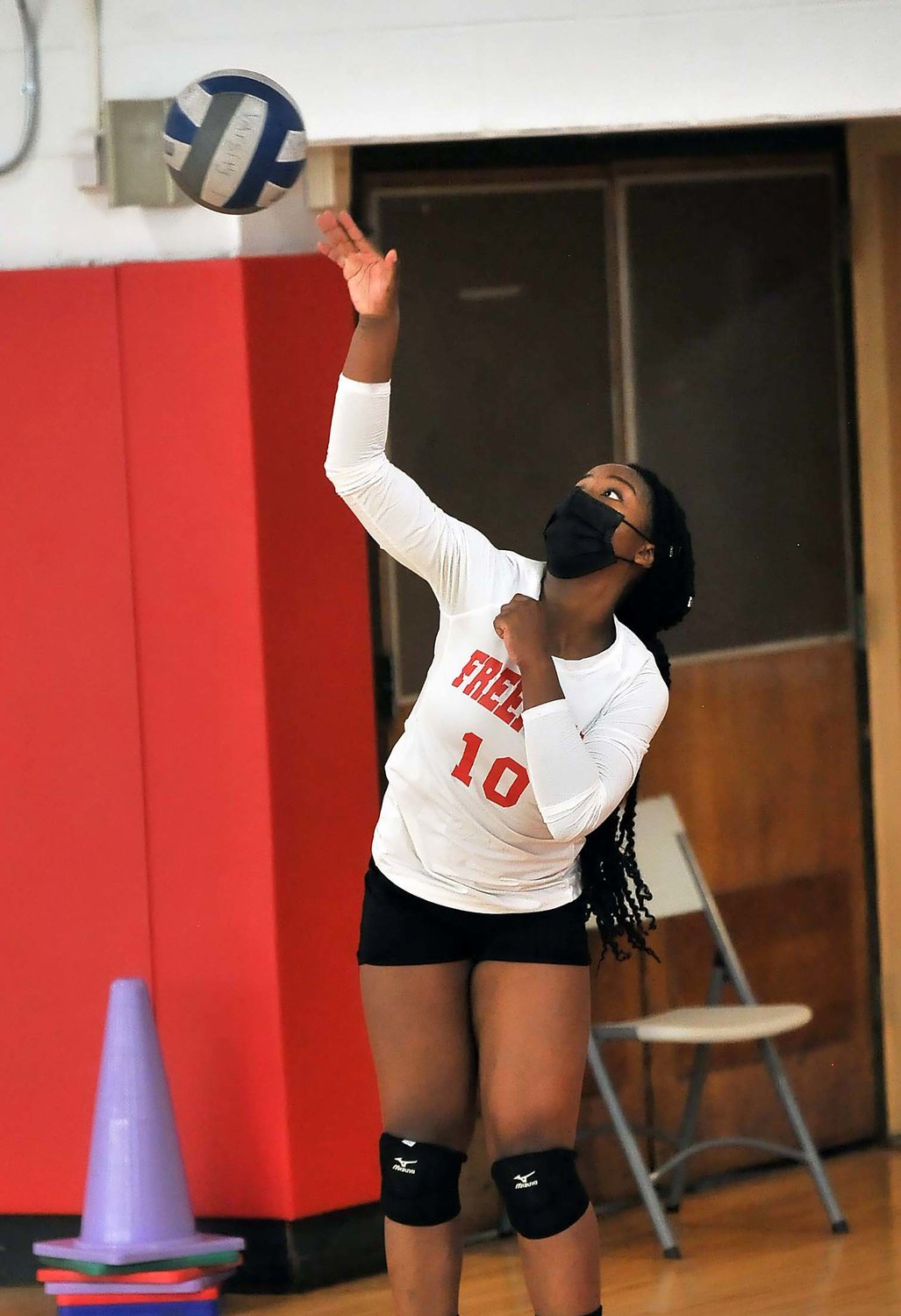 Freeport (13-5) captured the League AA/B4 title with seven straight wins to close the regular season in which it didn’t drop a set. Fifth-year coach Eleanor Barry credits the turnaround to the leadership from a committed junior and senior class who changed the culture of the program.

“One of the seniors came on as a 10th grader and that really was the beginning of our upward movement in the conference,” Barry said. “And then everyone who came in from that point on has worked wonderfully together.”

The Red Devils clinched the conference title with sweep of Uniondale on Oct. 25 to earn a playoff appearance. The season concluded with a 3-0 loss to unbeaten Massapequa in the first round of the Conference AA playoffs.

Barry said she was proud of how team responded after a 3-0 loss to Clarke on Oct. 6 left little margin for error the rest of the way. The winning streak began with a 3-0 win at Valley Stream Central on Oct. 8 and a dominating sweep of Hempstead on Oct. 14 by set scores of 25-5, 25-9 and 25-12.

Freeport went into the final regular season match at Uniondale needing a win to avoid setting up a tiebreaker scenario for the league’s lone postseason spot. After winning 3-1 on Sept. 20, Freeport captured the rematch in a sweep.

“We went into that match super-focused,” Barry said. “We went in there with a purpose.”

Junior middle blocker Talia Gunter, who earned All-County honors, was among the upperclassmen leaders who stepped up on and off the court during the conference title run. Senior middle blocker Shelby Jackson received All-County honorable mention accolades while senior outside hitter Windney Destin and junior setter Lisseth Gomez both garnered All Conference recognition.

“They realized their confidence and their own ability and how powerful working together as a team could be,” Barry said. “We were a well-greased machine the second half of the season and we really connected all of us together.”

With seven players returning next year, Barry expects the team will be fueled for a repeat conference crown. She said the 2021 team has laid a foundation that hopefully can pave the way for a strong future as a consistent playoff contender.

“Now the girls have something to look forward to and something to achieve,” Barry said. “Even our 10th graders that barely played the year before on JV who I brought up early showed so much improvement that I’m really looking forward to giving them more playing time and I’m confident that they can do it and that all of our new players are going to be able to find their way in after having the role models that they had this season.”