Freeport library prepares for another renovation 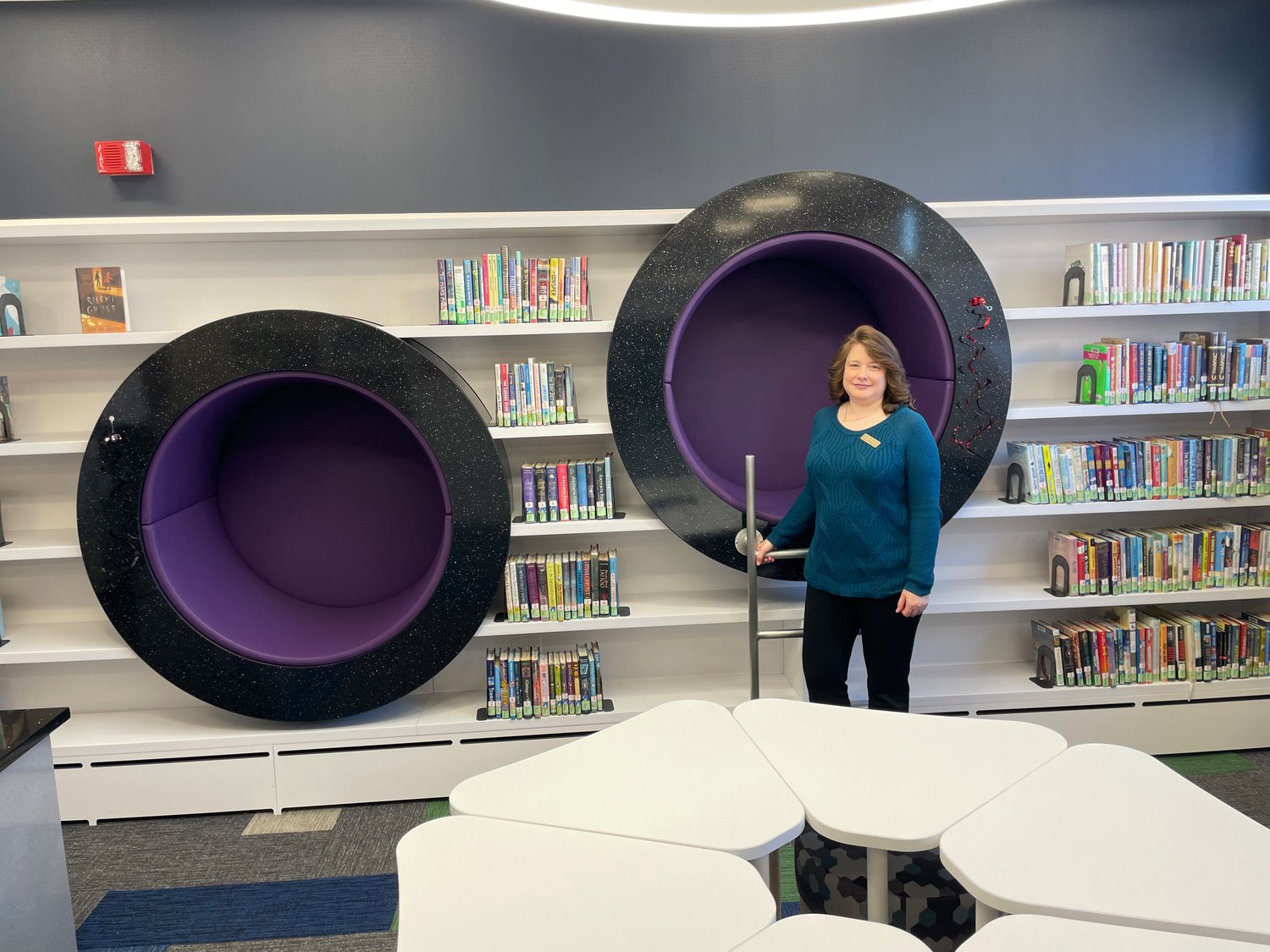 Freeport Memorial Library director Lee Ann Moltzen in front of the newly renovated Inn B Tween room, which opened last December. The room is just one of the latest additions to the library made possible by state library construction funds. The library’s next redevelopment goal is to convert its subterranean rooms into multimedia space.
Mohamed Farghaly/Herald
By Mohamed Farghaly

It’s time for a makeover at the Freeport Memorial Library.

More than $235,000 will arrive in the form of state construction aid, according to state Sen. John Brooks and Assemblywoman Judy Griffin, courtesy of the state education department.

The funding comes from some $34 million in capital resources allocated by state lawmakers in last year’s budget earmarked for broadband infrastructure and public library construction projects. At the Freeport library, the money will be used to renovate two adjoining basement rooms and repair an inner stairway that leads from the basement to the main floor of the library.

The renovated rooms will be used as a multimedia center for library users who require digital recording, filmmaking and computer use, among other technological tools. Additionally, a wheelchair lift to make this new area more accessible.

“We’re thinking we’d like to be able to have a big green screen and be able to have people film whatever project they want to do,” said Freeport library director Lee Ann Moltzen. Such screens are used as virtual backdrops for filming, common in projects that might require higher levels of visual effects.

The area also provides space to record podcasts — in both audio or visual form, along with the software to help make it happen.

“We did start buying laptops that have higher capabilities for things like Photoshop Avid Pro and those kinds of things,” Moltzen added.

The idea for this new renovation at the 144 W. Merrick Road location, has been on the drawing board for years. But then it became 2020.

“We had anticipated opening the room a lot earlier, but of course, the pandemic happens and everything,” Moltzen said. “So, this has been in our thoughts for a while.”

Brooks, who helped direct the funds to Freeport, said in a news release that he supports libraries because books provide a “refuge from the daily stressors of life.”

“Walking into a library, you can easily escape into the world of fantasy, solve a murder mystery, or even learn a new skill,” the senator said. “However, this ability to escape, decompress or expand one’s knowledge should not be restricted to only those who can afford to purchase books on a whim. This is why libraries are so important to a free society.”

A recent survey by the state senate revealed a need for more than $1.5 billion to fund development and restoration projects at public libraries.

Some of the issues found at library buildings like these include obsolete and insufficient electrical wiring, limited access for those with disabilities, and are unable to offer internet, computers and other technology.

These latest funds join others that have helped keep the Freeport library up to date over the years, Moltzen said. That includes the construction of its teen room, renovating the west wing, and installing and upgrading security cameras. And then there are improvements that patrons may not have noticed right away, like installing automatic doors at both entrances, and upgrading the facility’s heating and air-conditioning systems.

“Most recently, we built a tween room — called Inn B Tween — a space dedicated to fifth- and sixth-graders,” Moltzen said.

This tween room, which opened last December, was one of the last significant projects undertaken by the library using state library construction aid, the director added. It’s been a perfect area for young people transitioning between childhood and teenaged years to spend time.

Fiction books popular with these pre-adolescents are kept in the tween area. There are also 10 laptops, a smart television, and games. Brightly patterned roll-away hassocks and small triangular tables are utilized for study and reading, or they can be stowed to make room for other activities in this area.

“We are grateful to Sen. Brooks and Assemblywoman Griffin for helping us to secure this funding,” Moltzen said. “This investment in the library is an investment in the Freeport community, as it will enable us to provide additional services, resources and opportunities.”

There is no immediate timeline on when construction of the new basement area will begin. But in the meantime, the Freeport Memorial Library is open to the community weekdays between 9 a.m. and 9 p.m. — except on Wednesdays, when it opens at 10. On weekends, the library opens its doors between 9 a.m. and 5 p.m., on Saturdays, and for a few hours beginning at 1 p.m., on Sundays.