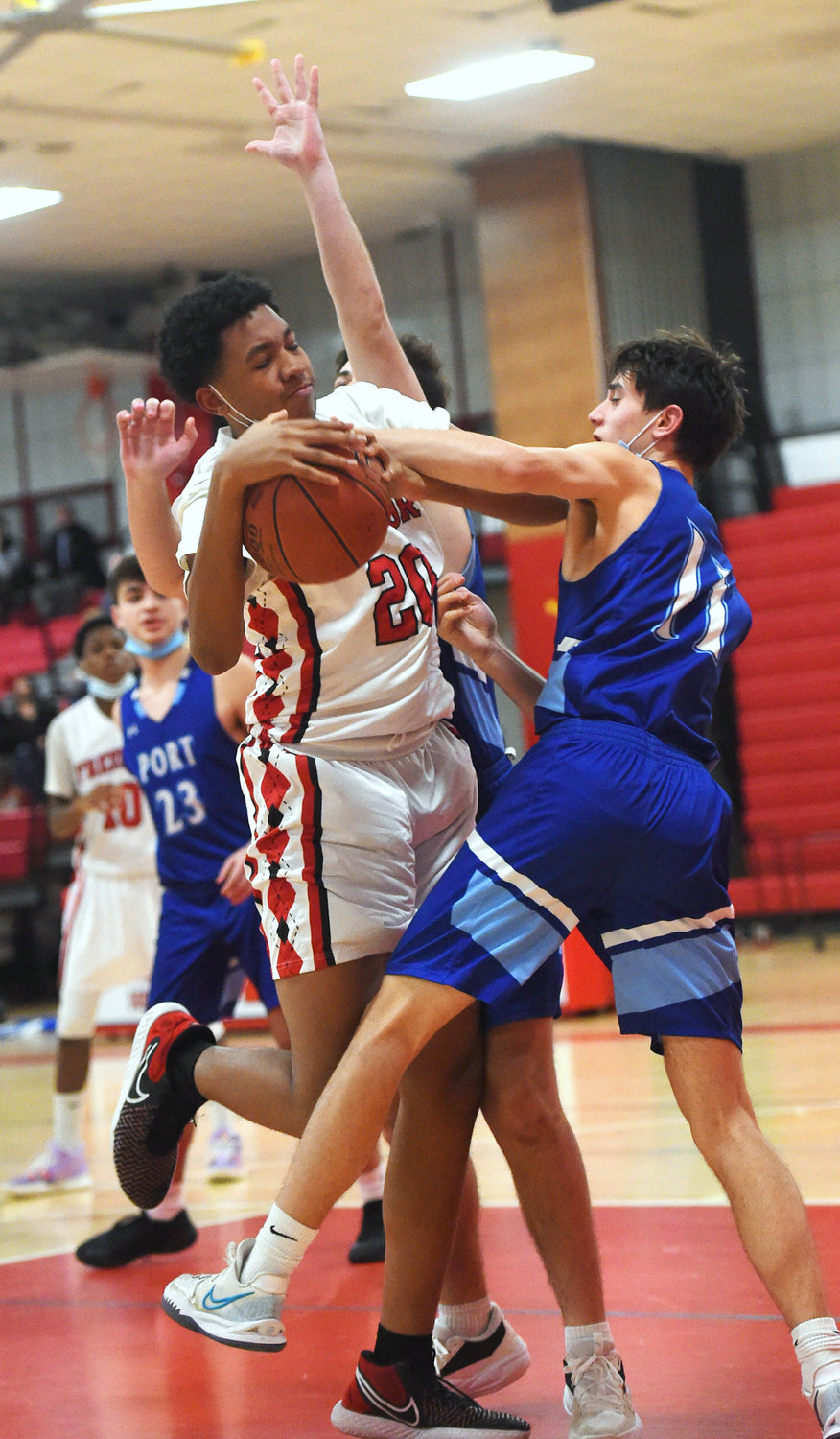 After graduating everyone from an abridged season, the Freeport boys’ basketball team has faced a rebuild this winter that head coach Larry Steimer hopes lays the foundation for a winning future.

Freeport entered the week with only one win, but Steimer sees signs of progress with his young team. With nine games remaining, Steimer is looking for more improvements that can set a positive tone for next season.

“They come to play every day and not matter what happens they have a positive attitude,” Steimer said.

The lone win so far this season came in a 54-44 victory at Oceanside on Dec. 18 in which the Red Devils pulled away in the second half after leading by two at halftime. Freeport will host Oceanside in a rematch on Friday at 7 p.m.

The Red Devils, which have faced challenges posed by the unexpected departure of their top scorer,  nearly earned their second win last Saturday in a 53-48 loss at Hempstead. Freeport, which was led by 16 points from Elijah Darby and 14 from Jadan Threat, held a 34-31 lead after three quarters.

Threat, a lefty guard, has been a force in the backcourt this season with his quickness. Steimer said if the junior can improve his shot-making ability he can really bring his game to a high level.

Freshman point guard Jayden Gordon has also made strides this season. He tallied seven points in the narrow Hempstead defeat and six points in a 58-51 loss to Floral Park on Dec. 9.

“He is the toughest kid,” said Steimer of Gordon. “He is learning the position.”

Darby, a 6-1 junior forward, gives Freeport a presence in the paint with also an ability to make outside jumpers. He recorded 11-points in a 53-38 loss to Port Washington on Jan. 13.

Steimer said the team prepared well for the season with a big commitment to summer practices last year. All but one player will return next year and Steimer is looking for continued progress throughout this season and the offseason.

“It’s up and down with great spots at times and then times where we just look lost but we knew that was going to happen going into the year,” Steimer said. “They are a great group of kids and even though we are losing, everybody comes to practice on time and they are there to watch film.”

After hosting Oceanside this Friday, Freeport travels to Farmingdale for a 5 p.m. tipoff on Monday evening before visiting Sewanhaka in a non-league game Jan. 26. The Red Devils face a tough conference game at Massapequa on Jan. 29 and then will have their second to last home game scheduled for Feb. 1 against Farmingdale at 7 p.m. The season concludes on Feb. 12 versus Hempstead at noon.

“I’m looking to see us continue to play with a lot of effort and we really need our defense to be on point to give us some transition opportunities,” Steimer said. “They are a great group of kids and fun to coach.”