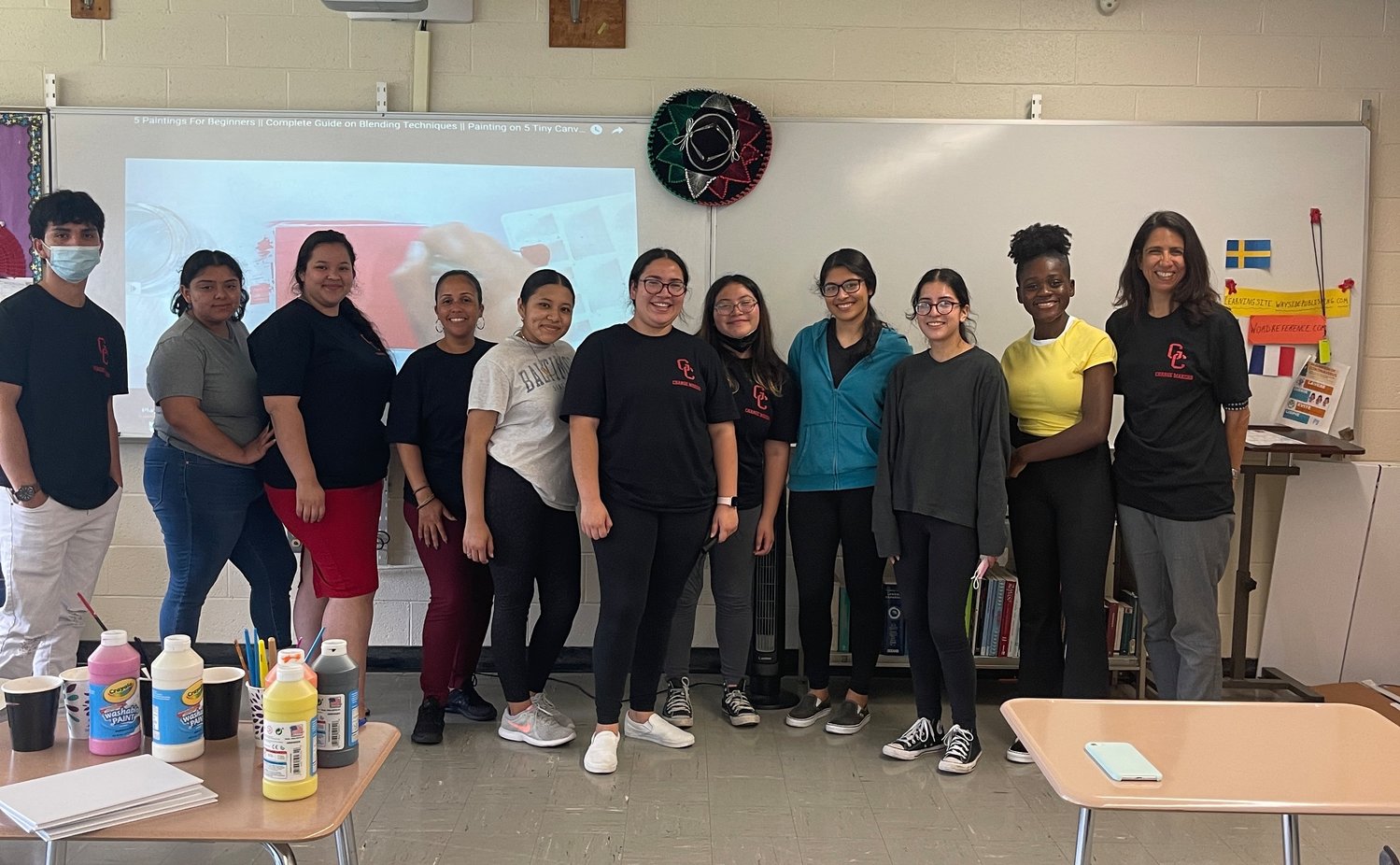 Sofia Garcia, 18, is the type of person who is always involved in something. A 2022 Glen Cove High School graduate, she aspires to become a history teacher. But her educational trajectory may be different than most future educators. Sofia said she wants to teach our nation’s “whole story,” instead of the cherry-picking that is currently taught.

In her winning contribution in ERASE Racism’s 2022 “Raise Your Voice” student essay contest — “What is history if it is not the whole story?” — she wrote the following: “Oftentimes we are taught the highlight reel of history. We only learn of the ‘good’ and gloss over the ‘bad.’ We find that we only hear from the victors and not from the ones who have suffered. Racism should not be something we ignore in our history, but instead something we acknowledge … I want my students to learn the entirety of our country's history. Sadly, not everyone believes in the whole story.”

The insurrection on Jan. 6, 2021 served as an inspiration for Sofia. She said she’ll never forget when watching the chaos on television, one of her family members asked, “Why are we teaching our children to hate our country?”

“Doing the essay for ERASE Racism helped me to express myself the best way I could,” said the lifelong Glen Cove resident. “Seeing what went on on January 6 filled me with so many conflicting emotions in my head. Instead of feeling anger that day I felt I could channel my feeling to become a teacher who could teach our country’s history.”

Jan. 6, she continued, “sparked the things that are wrong. January 6 didn’t make people hate their country. And it sparked me to want to teach students, placing value on making students aware of their country’s history, to make students open and aware through education.”

Twenty seven seniors participated in the contest with four, including Sofia, winning. Elaine Gross, ERASE Racism’s president, said the contest is important. The civil rights organization, which began in 2001, exposes and addresses the impact of historical and ongoing structural racism, particularly in public schools. The essay contest focused on discussing the importance of teaching students about the impact of racism throughout United States history.

“We focus part of our program working with high school students,” Gross said. “It’s important for our youth to be educated about this issue and become leaders in their own rights.”

ERASE Racism works to find different ways students can be uplifted, Gross explained. And with the essay contest, high school seniors are given a direct way to express themselves.

Sofia’s mother, Mirna, is originally from El Salvador and her father, Juan, from Guatemala. Both immigrated to the United States in the 1980’s and became citizens.

“Both of my parents were ESL students when they arrived here when they were 14,” Sofia said. “It was hard for them to integrate. Dad graduated from Glen Cove High School and mom from East Rockaway’s high school.”

Sofia co-founded Glen Cove High School’s Change Makers Club with her friend Gisselle Salinas, in part to redress what happened to her parents. The girls were determined to help students who were from other countries who might have been confused or felt left out of the various activities offered at the high school.

“There’s a huge population of Spanish speaking kids in my schools. They often feel excluded because of the language barrier,” Sofia said. “Gisselle and I wanted to create a club that would help them understand the different holidays and events like the pep rallies and we helped them academically with tutoring too.”

Sofia said her younger sister, Jenna, a sophomore at GCHS, will continue the program.

Based on her efforts, the Friends of the Glen Cove Library presented Sofia with the Carol Rubin Award, a $500 scholarship given for college books, to a member of the GCHS senior class.

“Sofia has exhibited outstanding personal character, has made a positive impact on her school and community and demonstrated strong academic achievement,” Friends said. “Among her many activities, Sofia co-founded the Change Makers Club. The goal of the organization is to foster a sense of community by connecting students, especially those new to the school. Sofia’s goal was inclusion and she has helped many students feel at home at Glen Cove High School.”

Sofia said she has traveled quite a bit. When she went to Guatemala in the summer of 2019, she volunteered to teach English to elementary school children.

“It was an opportunity for me to see a different perspective and helped me with my Spanish too,” she said. “I also ended up volunteering at Gribbon Elementary School in 2019 for a year so I was able to compare the two experiences.”

She became certain of her choice of a career in teaching when she was an intern in the city’s Youth Services and Recreation Internship program, she said, which provides job experience.

Sofia taught a social studies program she crafted to elementary school children in the city’s After Three program, concentrating on culture and heritage. “I focused on embracing cultural differences, examining immigration in the U.S. and diversity,” she said. “I really loved it, the material and interacting with the kids.”

“Today with current events, history is a huge part,” she continued. “It’s all about learning diversity and about different cultures.”

Jacquelyn Yonick, the youth program coordinator, described Sofia as driven, responsible and articulate. “She works well with all sorts of ages,” Yonick said.

Another accolade for Sofia was her recognition by the Glen Cove Chamber of Commerce, who awarded her with $500 for the Glenn Howard Jr. Scholarship. Her winning essay detailed the impact Glen Cove businesses had on her personal and academic growth.

Sofia is set to attend SUNY New Palz in the fall where she will major in secondary education and history. She’s ready to leave but said she is experiencing some trepidation.

“There are so many emotions,” she said. “Now I’m facing for the first time moving away and doing something on my own. I live with 11 family members that include my grandma, aunt and my cousins. But I’m super exited. I think the best is yet to come.”