It’s all about the music 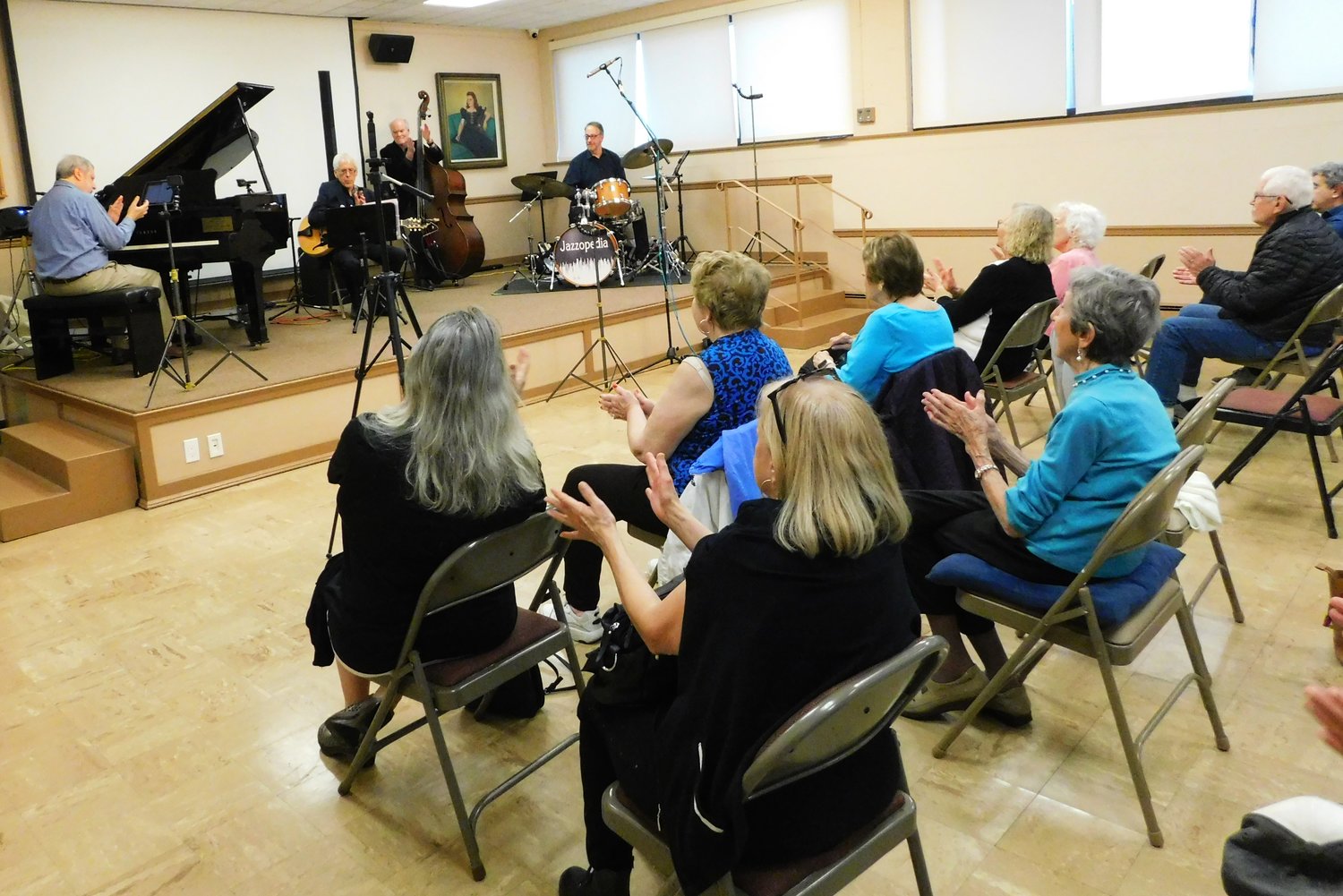 Allen Morrison’s mellow piano chords rippled over the audience of 25 at Freeport Memorial Library last Sunday. The audience members swayed in their seats, tapped their feet, or sat with focused attentiveness. Suddenly the music accelerated into a swinging rhythm, driven by brushes on Brad Sporkin’s snare, the thrum of Edgar Mills’ fingers on his bass, and the dance of Marc Rosen’s hands up and down the strings of his guitar.

As it has done for the past three years, the group Jazzopedia carried its watchers on a journey of musical adventure, nostalgia, and rhythms unique to America. From its roots in African American culture, jazz developed during the twentieth to engulf the world in an expressive form that can range from sheer relaxation to the terrifying torrent of a Perry Mason chase scene.

Relaxation was more the order of the day at the library. Musicians and audience members participated without wearing face masks for the first time in more than two years, the pandemic fears at last fading. The musicians, all highly experienced men who have been playing as a quartet for about three years, but have known each other longer, carried their listeners through jazz’s remarkable trek. Within one piece, the audience heard well-known, well-rehearsed passages, spun through improvised solos, and returned to musical home base, in a quiet spirit of unity that happens only when musicians know each other—and their art form—very well.

In breaks between pieces, Allen Morrison delivered tidbits of jazz knowledge, locating songs like “Emily” and “Back Home in Indiana” in music and cinema history. Morrison not only plays any jazz melody one would care to name. He is also a jazz journalist in demand for his presentations about jazz history—on cruise ships, at colleges and universities, at libraries, and in virtual events. His articles appear regularly in “Downbeat” and “Jazz Times.”

At Sunday’s concert, Morrison spoke the famous names of the composers—Barry Harris, James F. Hanley, Johnny Mandell. Rosen, Mills, and Sporkin then joined him in coloring the air with tunes that are inseparable from American life.

“Would you like to hear one more?” asked Morrison as the concert drew to a close.

“Yes!” responded the audience members, one of whom added, “Lock the door! Don’t let them leave!”

“Okay,” Morrison told them. “You’re going to clap along.” He taught the listeners where to come in with a single clap and then a double clap. Then the Jazzopedia musicians swirled the audience into Barry Harris’s bossa nova piece, “Nascimento,” which means “birth,” and the listeners enjoyed one more afternoon treat.