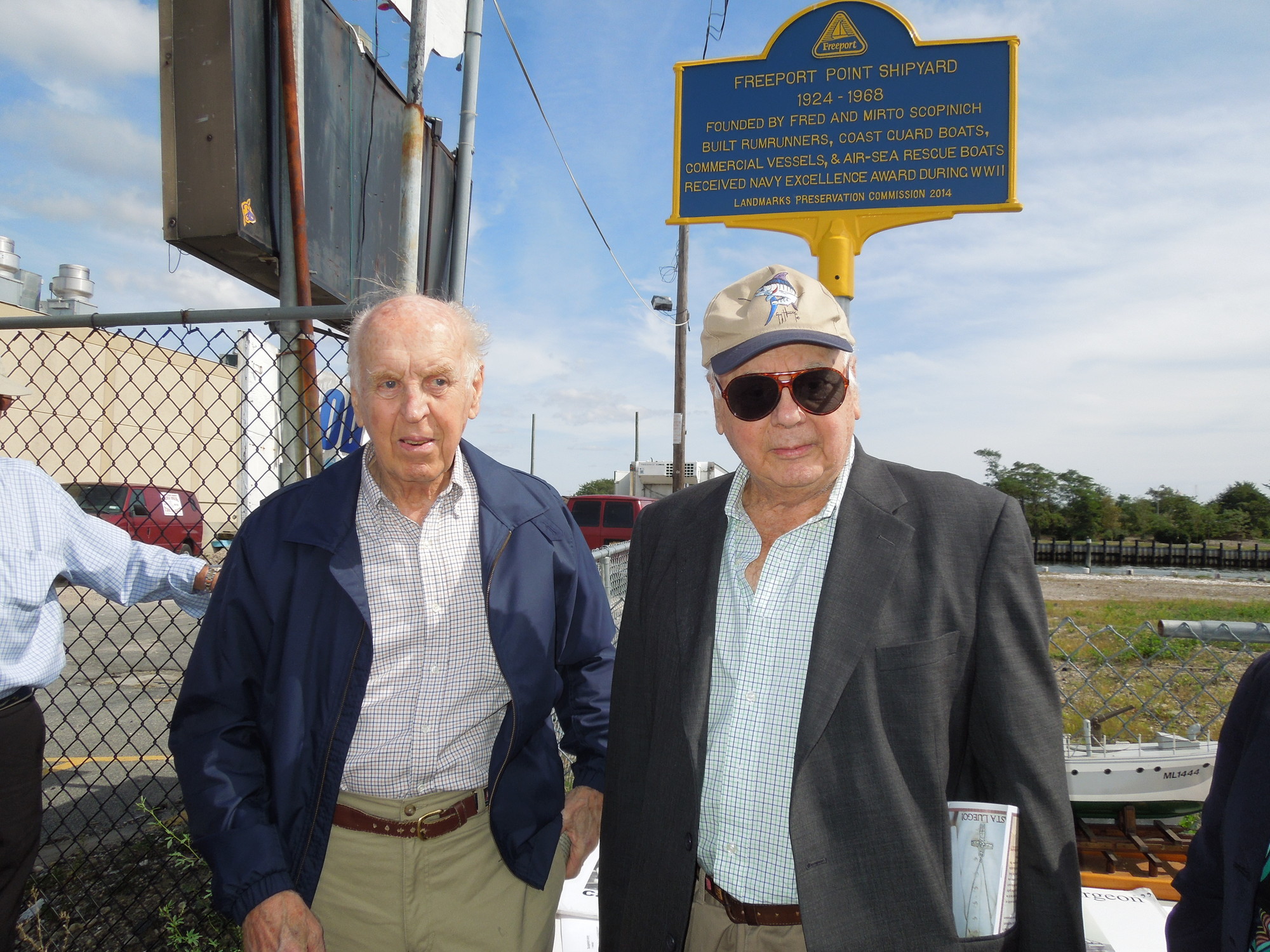 Mario and fred Scopinich unveil a marker that honors the Freeport Point Shipyard, founded by their family.
Laura Schofer/Herald
By Laura Schofer

It takes a family to build a village. On Saturday, Sept. 26, the Freeport Landmarks Commission unveiled its newest marker to commemorate the Freeport Point Shipyard, founded by the Scopinich brothers – Fred and Mirito – in 1922.

The Freeport Point Shipyard, now an empty lot located next to Tropix on the Nautical Mile, was once a bustling business that employed 80 men. They built fishermen’s Garveys, Coast Guard boats and rum-runners during Prohibition and military boats during World War II. The business remained in Freeport until 1956 when Fred’s sons Fred and Mario moved the business to East Quogue.

“We are here today to acknowledge the contributions made by the Scopinich family,” Fr. Douglas Arcoleo, pastor of Our Holy Redeemer Church, said in the opening remarks. “They built more than boats; they helped turn a village into a family.”

“I was born in Freeport in 1927, and graduated from the schools,” Fred said. “I couldn’t wait until I got out of school to come down and work on the boats.”
Brother Mario, known as “Toots” because of his love for Tootsie Rolls, also recalled Freeport fondly. “They were very good days,” he said.

Al Grover prepared a statement about the Scopinich family’s contributions to Freeport that was read by Fr. Arcoleo. “Between 1922 and 1931 they built many rum running boats. At the same time they received many contracts for Coast Guard boats. Both the rum-runners and the Coast Guard each opting for faster boats,” he said.

The crowd of by-standers laughed but Fred Scopinich explained that “we had to make the Coast Guard boats to specifications, not so with the rum-runners,” he said.