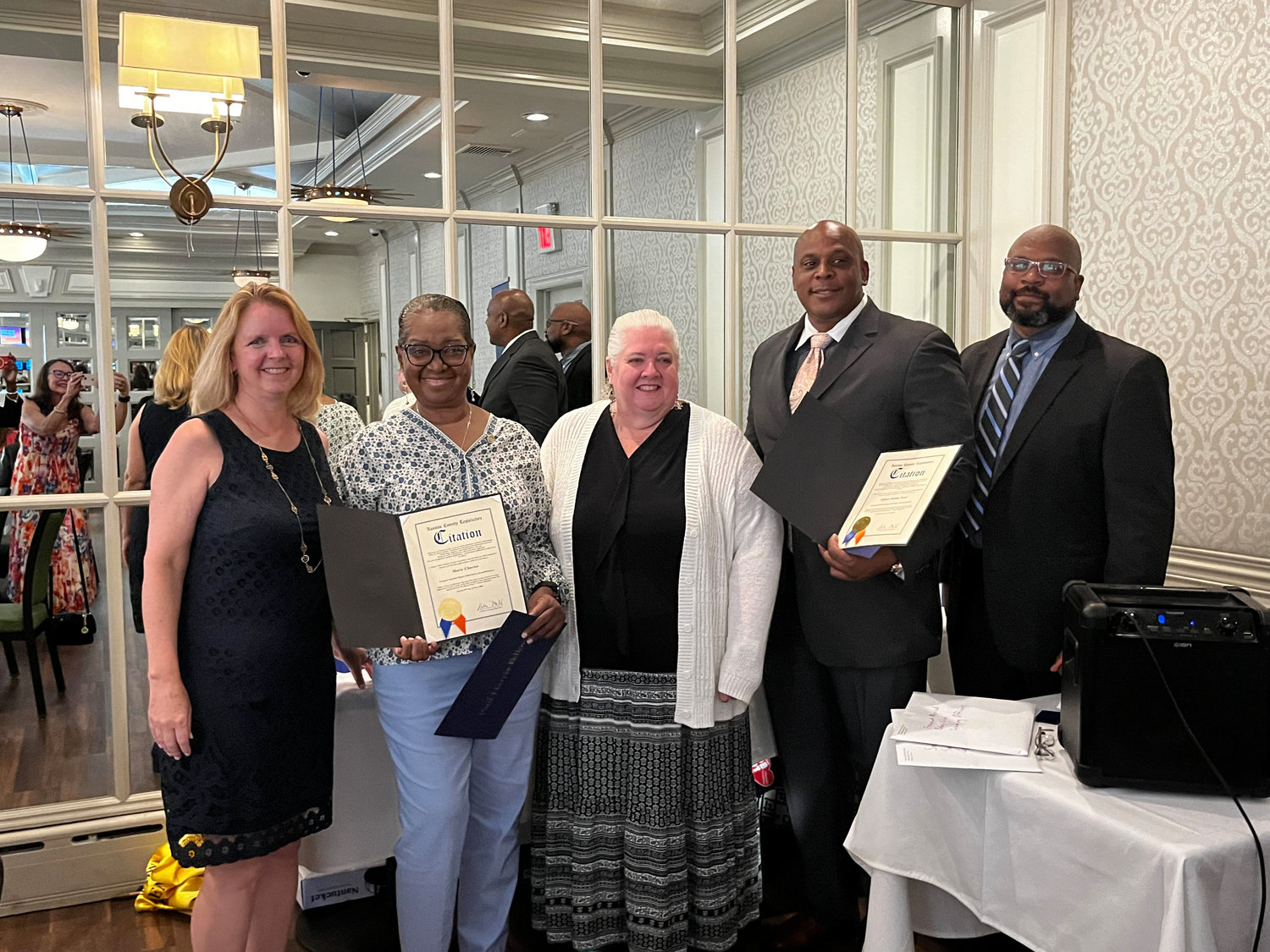 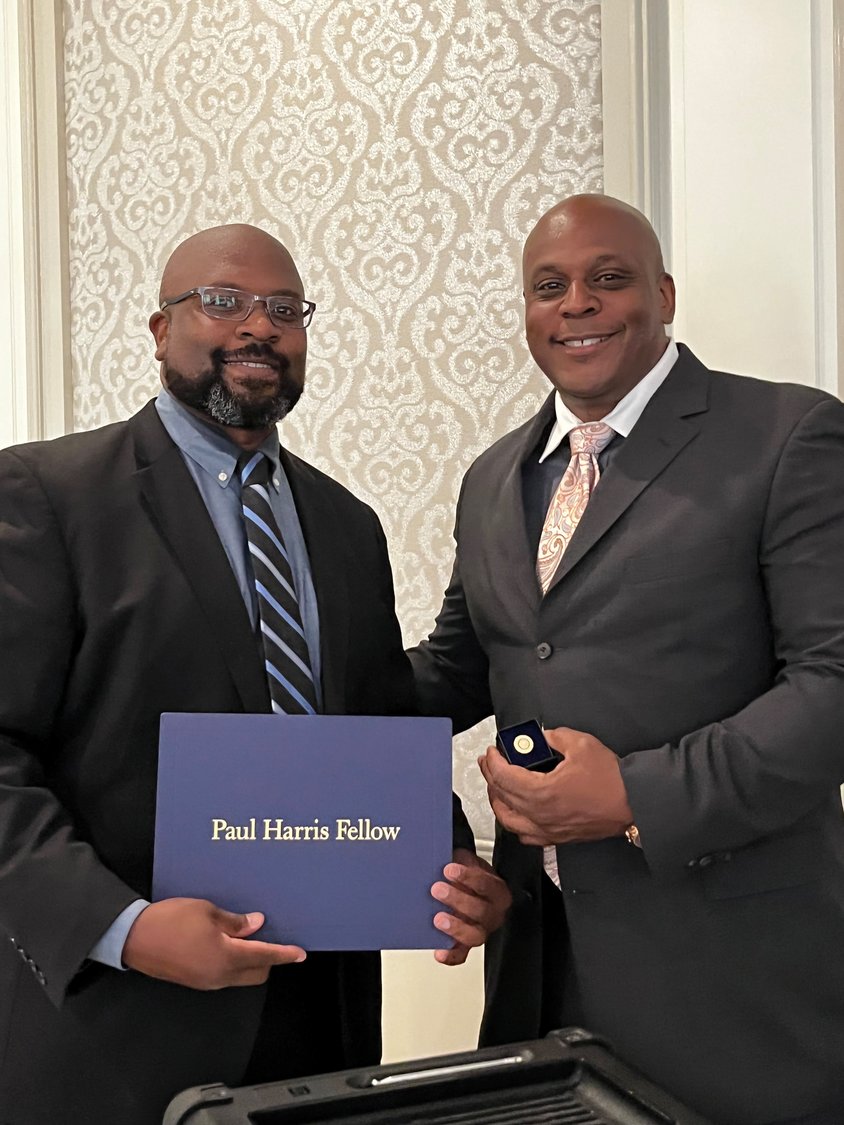 By REINE BETHANY and Kepherd Daniel

The Freeport-Merrick Rotary Club, a nonprofit that takes on local, national and global service projects, celebrated its yearly officers’ installation dinner on June 30 at Jonathan’s Restaurant in New Hyde Park.

“The highest award in Rotary is the Paul Harris Award,” said newly elected secretary Jordan Pecora. “It is given to a Rotarian or a member of the community that has made an outstanding contribution to the community. “

Ford was commended not only for his 26 years of service as a police officer in New York City and Freeport, but for operating BGF Bobby Q’s, his successful restaurant on North Main Street, and for his work as executive director of the local Police Athletic League.

The award was also bestowed on two Rotary members who are now newly installed officers, Treasurer Marie Charles, who lives in Freeport, and new co-president DeRosette Harrison, from Queens.

Harrison represents the 12-member Rotary Satellite Club of South Queens, which is technically a part of the Freeport-Merrick Rotary.

Emily Margulis is Harrison’s co-president, and is responsible for the Freeport-Merrick group. She joined the club in 2018, after going on a mission trip to Cambodia as part of a water sanitation and hygiene program. She was then encouraged to join the Rotary by a friend.

“Our reach is not only local, but it’s also international,” Margulis said. “Rotary is not only about having ourselves involved as Rotarians, but getting our families involved. So you can even bring the next generation in, and do more projects within our community, both in Freeport and in Merrick.”

Immediate past president Marc Rigueur echoed Margulis’s words as he detailed why he originally got involved with the club.

“I have very much liked and related to everybody that was there,” Rigueur said, “like-minded people that just want to do good in whatever way they can for the community.”

Under Marc-Charles and Rigueur, the club dug a well for a remote Haitian village, donated to the village’s school, and carried out relief efforts after the island nation suffered both the assassination of its president and a devastating earthquake last summer.

The club also periodically runs a Soles4Soles campaign, collecting shoes to distribute both nationwide and globally.

Projects like these will continue even more strongly with the addition of the satellite club and new Freeport-Merrick members Ivelaw Lloyd Griffith, Christopher Hoelzer and Matthew Kryder

“I like it that Merrick and Freeport are tied together,” said Kryder, a Merrick resident. “There’s this community next door to us that I don’t have much interaction with, and I saw the Rotary as an opportunity to broaden my network and make an evident impact on the local community.”