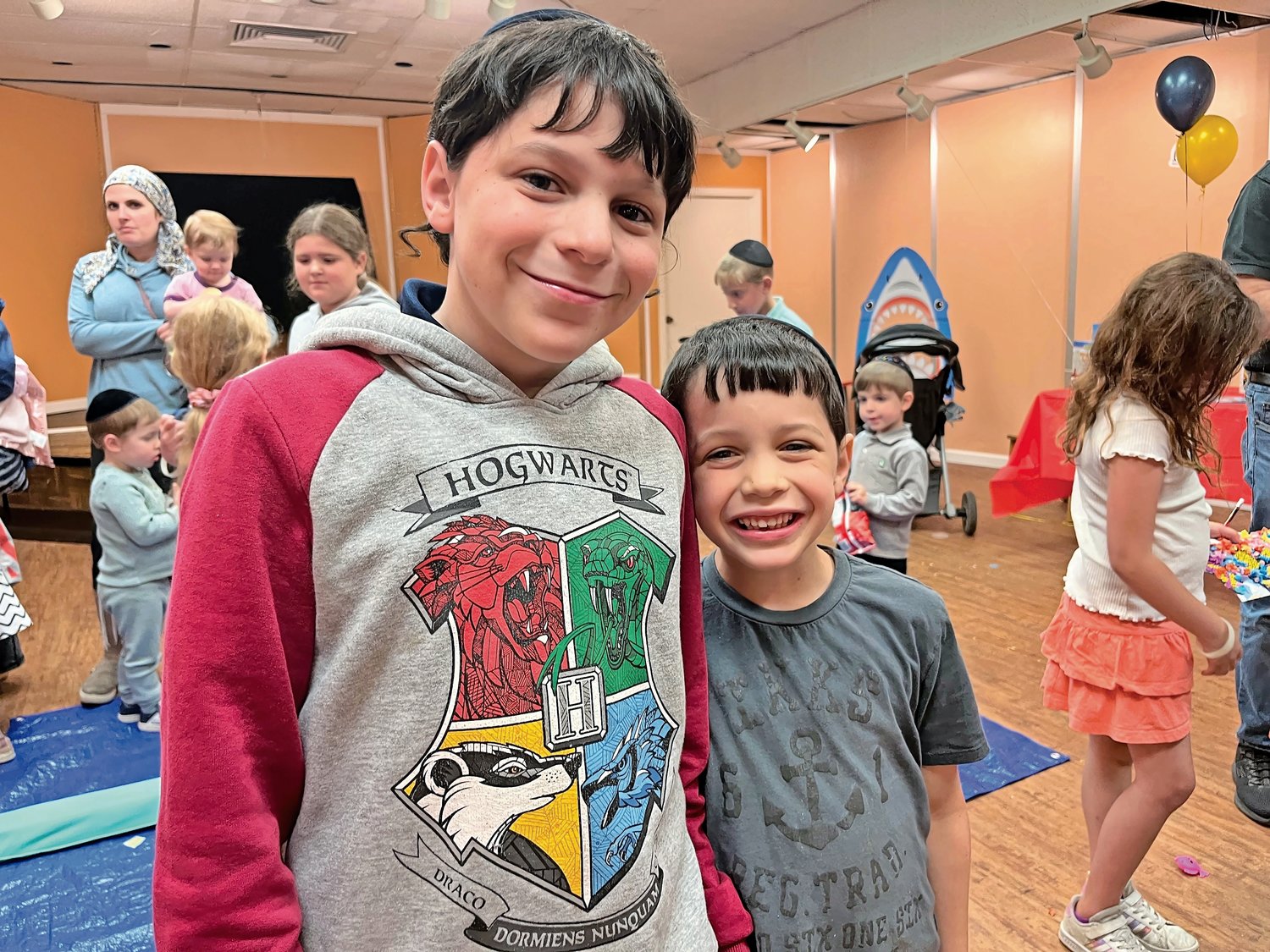 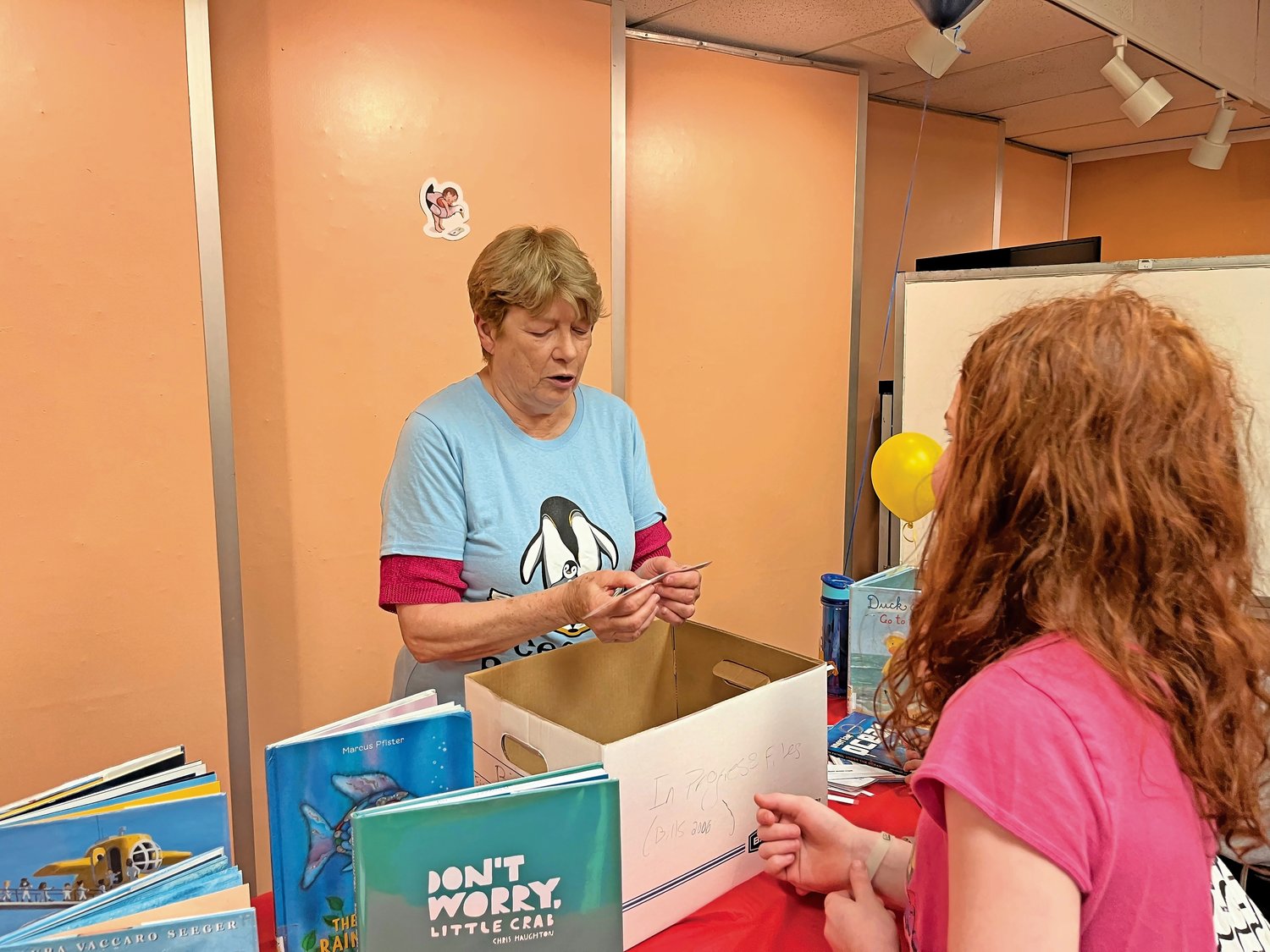 Hosting a party with crafts, games and snacks to mark the kickoff of Peninsula Public Library’s Summer Reading Program had its serious side.

The Collaborative Summer Library Program is a nonprofit, charitable organization that supports literacy, education and science through summer reading events in public libraries across the country.

The goal is to develop interest in reading and library use. This includes development and implementation of summer reading programs, public service announcements and other activities.

By combining resources and working to produce materials designed for CSLP members, public libraries in participating states or systems can purchase posters, reading logs, bookmarks, certificates and a variety of reading incentives at significant savings. Participants have access to the same artwork, incentives and publicity, along with an extensive manual of programming and promotional ideas.

The program was founded in 1987, when 10 regional library systems in Minnesota developed a summer library program for children, choosing a theme and creating accompanying artwork. State libraries and systems continue to join, and the program continues to evolve, but its guiding principle remains the same: librarians sharing ideas, expertise and costs to produce a high-quality summer reading program.

Hosting a party with crafts, games and snacks to mark the kickoff of Peninsula Public Library’s Summer Reading Program had its serious side.

“It’s about keeping the kids reading over the summer,” library Director Carolynn Matulewicz said at the June 22 event. “We are always focused on that — I hate the word, but that crazy summer slide where they slip behind.”

Matulewicz noted that her friends who are teachers “feel like they have to spend two months catching up” with their students in the fall “because they haven’t done anything over the summer.”

At the kickoff party, children were given reading logs, which they can fill out and turn in for prizes throughout the summer, calendars, fun worksheets, stickers and bookmarks. PPL has hosted a summer reading program for at least 30 years, according to Matulewicz.

The Collaborative Summer Library Program chooses and trademarks the summer reading theme, which PPL and many libraries nationwide use as a template.
Highlighting this year’s theme, Oceans of Possibilities, the library, on Central Avenue in Lawrence, was decorated with two cardboard photo-booth cutouts — a mermaid tail and a shark — as well as a miniature pool with toy fish and toy fishing poles, children’s books on the ocean and sea life, and balloons. Children were also challenged with ocean trivia questions by Children’s Librarian Pat Murphy, and crafted tissue-paper mosaic fish.

Murphy; Matulewicz; Linda Abraham, head of the Children’s Department; and librarian trainee Henna Ross planned activities, which are scheduled several times a week until mid-August, for children from pre-K through eighth grade.

For those who are unable to attend daytime programs, like scavenger hunts and arts-and-crafts programs, “we also put together backpacks that parents can borrow for two weeks that have all kinds of activities in them that they can do at home,” Matulewicz said.

The program is helpful, Abraham said, not only because kids continue to learn, but also because they come to associate the library with good memories, and make new friends while they’re not in school.
Elana Lew, a Cedarhurst resident, attended the event with her three sons to sign up for the program for their second summer.

“My kids love it — it means a lot to them,” Lew said, adding, “The library is very important. They really have crafts, like, once a week — a couple times a month that we come to. They like coming and doing the crafts. It’s very special, and it’s important to keep them reading during the summer and keep up their skills.”

Sara Isaacson, of Lawrence, has brought all of her seven children to PPL over the past decade for the reading program. She recently began bringing some of her grandchildren as well.

“It’s interesting to see that different librarians have different things that they bring in,” said Isaacson, who comes to the library at least twice a week. “Some are more fun than others.” She added that Murphy, who started working at the library in 2019, is “incredible.”

“The Summer Reading Program I’m very excited about,” Isaacson’s son, Yisroel, 11, said.
“I’m excited about the fact that it’s just going to make me get more excited to read, because I’ve been reading a lot of books, but maybe it will help me read more.” With school out for the summer, Yisroel added, “What else am I going to be doing?”

To sign your child up for the program, visit the Children’s Room on the PPL’s basement floor from now until mid-August.