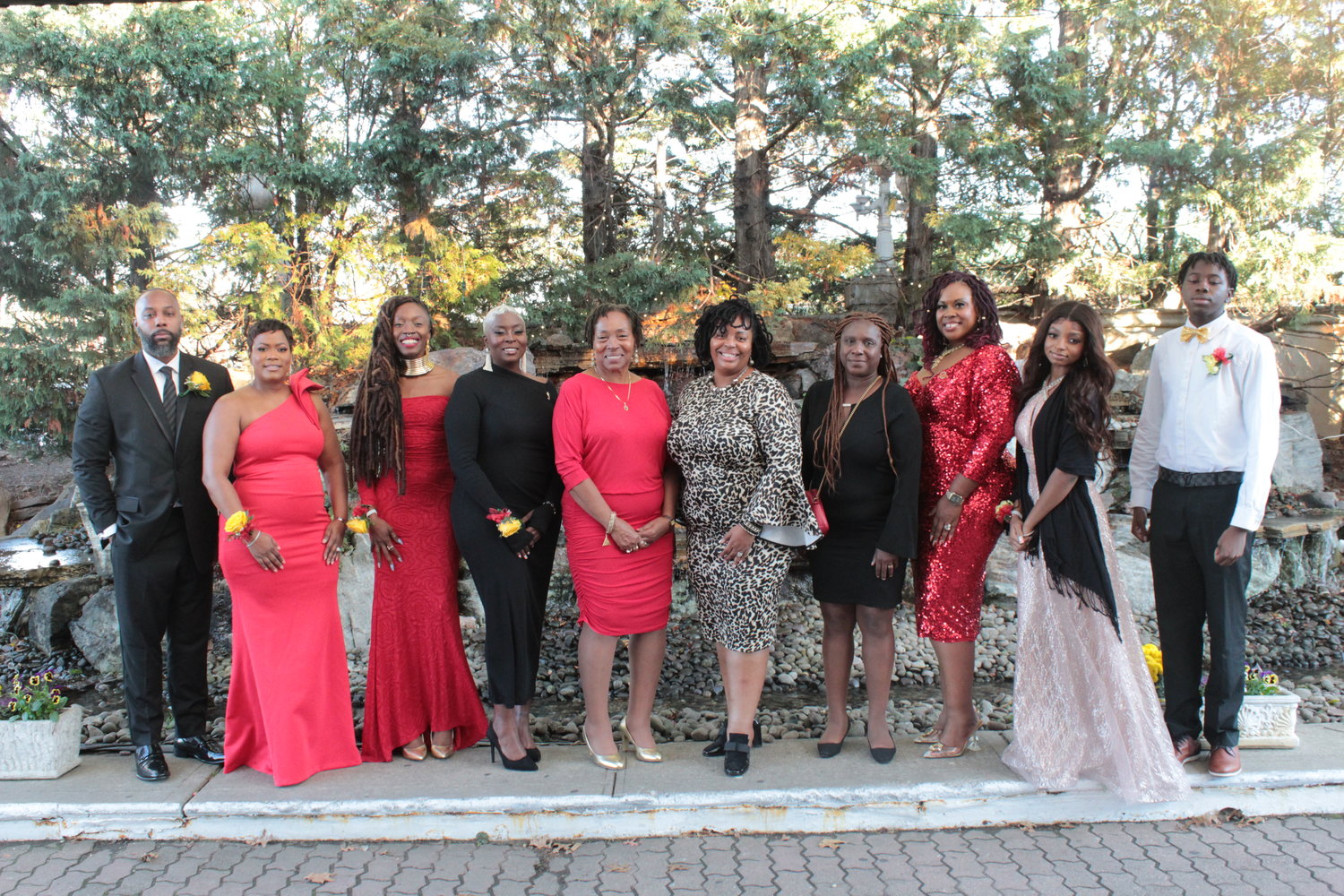 The Red and Gold Scholarship Gala, hosted by the Beta Omicron chapter of the National Sorority of Phi Delta Kappa, celebrated the organization’s 21st anniversary, recognized community leaders, and gave scholarships to students from across Long Island and Queens.
Mohamed Farghaly/Herald
By Mohamed Farghaly

A local professional education sorority is seeing red. And gold.

It’s the 65th anniversary of Beta Omicron, one of more than a hundred chapters of the National Sorority of Phi Delta Kappa. And the organization of teachers, principals, day care providers and librarians did what they enjoyed most: award scholarships to deserving college-bound students.

All of it was part of the sorority’s 21st annual Red and Gold Scholarship Gala held earlier this month at Verdi’s in Westbury. Beta Omicron’s colors were represented at the event that also honored community leaders like Hempstead town councilwoman Dorothy Goosby.

“The number 21 reminds us to be aware of the changes taking place around us,” said Margarette Galloway, Phi Delta Kappa’s national president. “The latter part of the 21st century has undoubtedly been a time of sweeping change. The number 65 signifies major changes. This is representative of the affirmative, transformational change resulting from Beta Omicron chapter’s influence on the community around you for the past 65 years.”

Beta Omicron was chartered in 1957, but Phi Delta Kappa itself dates back to 1923 when eight African-American women set out to create a network of teachers promoting the best principles of education.

“Our primary goal is to foster a spirit of sisterhood among educators, as well as to focus on our youth,” said Tiffany Ladson-Lang, Phi Delta Kappa’s regional representative. “The primaries of our organization are youth education and service.”

Councilwoman Goosby was honored for her efforts to strengthen her community.

“She’s a trailblazer in our community,” said Shelley Brazley, her legislative aide. “She’s made history. This organization is so very dear to her heart.”

Goosby filed a class-action suit against the Town of Hempstead in the 1980s claiming the vote-at-large system used to select council members discriminated against minority communities. A federal judge sided with Goosby in 1997, and after the U.S. Supreme Court refused to take up the case, new elections were held for all-seats using a district method in 2000.

By then, Goosby was elected to the town board herself. Although her career before public service focused on her role as a dietitian, Goosby also is a state-certified chemistry teacher, according to her official biography.

Also honored was the “Soror of the Year” — a member who has gone above and beyond the call of duty. This year’s winner was Leona Fowler, who works in Queens. She’s a longtime officer in the chapter who currently chairs Beta Omicron’s civil rights commission.

The scholarship gala raises funds to give young people a chance to pursue — and continue — educational careers.

“We raise money for scholarships for students who are going off to college,” said Karen Lattsone, a member who also teaches at Archer Street School in Freeport. “We want to give to especially those that are very much in need. And we just have fun doing it.”

Scholarships are awarded to graduating seniors from Long Island and Queens who maintain at least a 3.0 GPA, and have shown a capacity to growth their learning environment and community.

One of those recipients was Kaylee Vernon, a 2022 graduate of Holy Cross High School in Queens.

“The scholarship just takes the ease off of me and my parents to think, ‘How am I going to pay for things like books?’” she said.

She’ll use her scholarship at CUNY Baruch College of the City University.

Beta Omicron might be 65, but this coming academic year is a big one for the 3,500 members of Phi Delta Kappa, celebrating the organization’s 100th anniversary — culminating in a “centennial conclave” in Florida next July.

“In addition to being educators, we’re also a sisterhood,” said Patricia Whitney, the Beta Omicron chapter president. “We’re like family. We love each other, and we care for each other — like family. That’s really the glue that holds our organization together.”