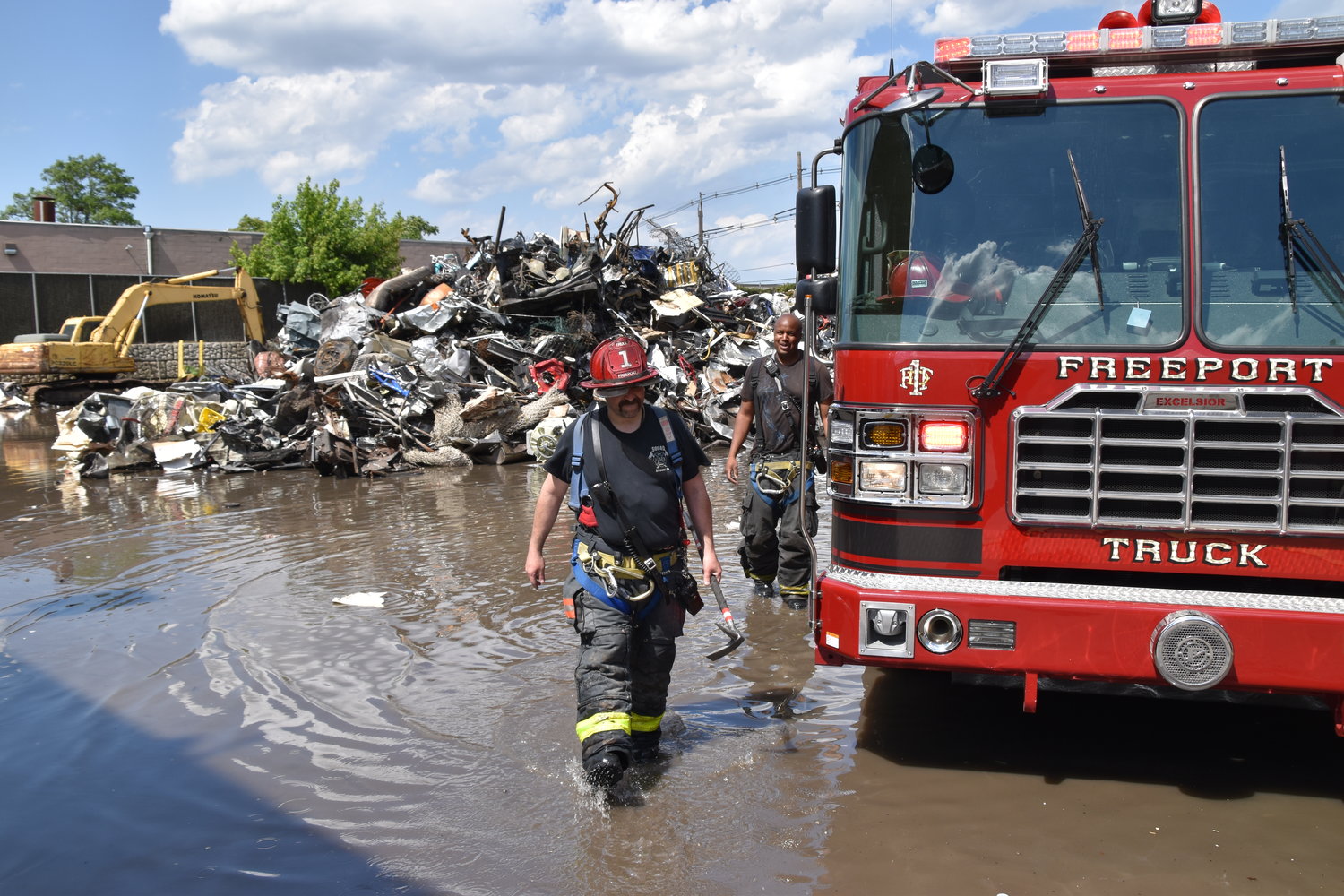 Firefighters slogged through a huge puddle generated by the water that had to be pumped for over and hour to drown a fire in the huge rubbish pile behind a building on Hanse Avenue.
Bill Kelly/Herald 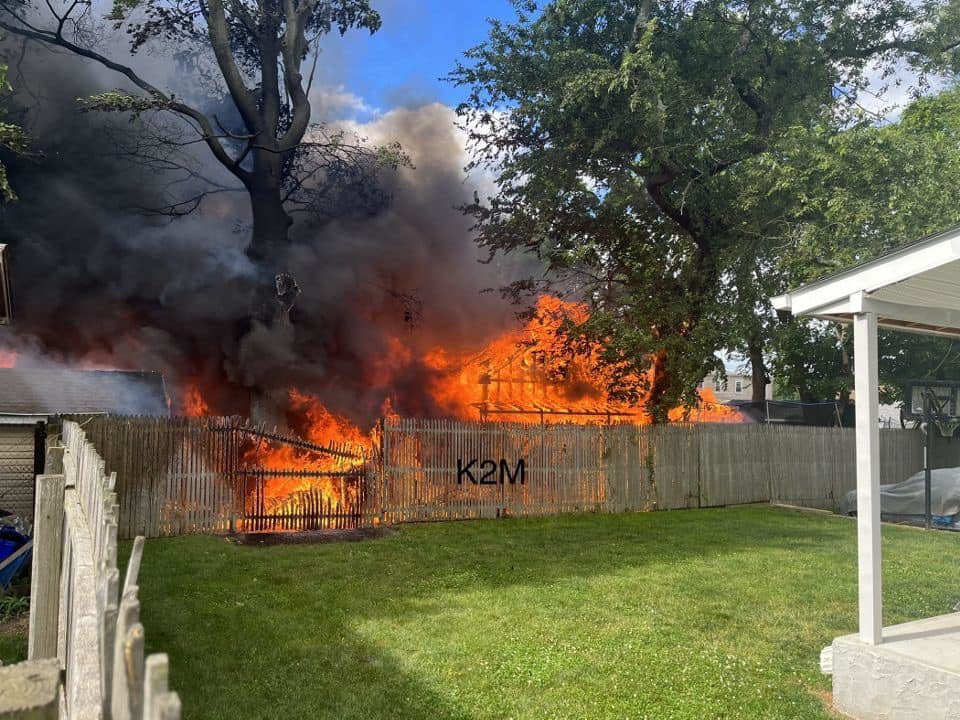 Fire in a detached garage on June 18 was rapidly controlled by Freeport firefighters.
Courtesy Freeport Fire Department
Previous Next
By Reine Bethany

On Friday evening, the Freeport Fire Department posted a notice to its Facebook page:

“Around 1pm, our Dept. was notified of a rubbish fire behind a commercial business on Hanse Ave. Arriving units encountered a large fire in a junkyard. First arriving pumper, unit 211 from Ever Ready Hose Co. 1, was able to see the large volume of smoke from a distance, and stretched in once on scene. Numerous master streams from aerial devices and large-diameter hose to supply as was utilized to extinguish the fire. Mutual aid was provided by numerous surrounding departments as well as the Nassau County Fire Marshal’s office bringing rehab, investigation, and unmanned aerial drone units. Operations were under the command of Chief Kevin Collica, 2101. There were no injuries and all units were back in the firehouses in approximately 2.5 hours. Thank you to all Depts for their assistance.”

Howard Colton, Freeport’s village attorney, said, “There was a fire basically in a rubbish pile there and the fire dept was there within minutes of the call. And the fire department plus surrounding mutual aid departments were able to extinguish the fire.  Unfortunately, when you have that type of fire, things are going to burn, so what you do in that instance is concentrate as much water as possible to drown it. Whenever you have a fire like that, the fire department automatically brings in other departments, like Baldwin would come in, North Merrick, Oceanside. It was purely a rubbish fire. It just took time to put out.”

Cathy Loquercio, the receptionist at the AHRC Work Center nearby on Hanse Avenue, told the Herald around 2 p.m., “We’re good, we’re very good right now. They’ve blocked the street off on one side. The fire is out. We’re all in the building, so we’re safe.”

The next morning, the fire department posted: “Our members were notified earlier this morning for a reported house fire on Independence Ave. First arriving unit, Engine 216 Wide Awake Engine Co 1 advised of a well-involved detached garage fire. Additional arriving units from the Freeport FD as well as our mutual aid partners from surrounding communities extinguished the fire and checked additional residences for any radiant heat damage to prevent further fire spread. All units were under the command of Asst Chief Kevin Collica, 2101. The scene was left with the Nassau County Fire Marshal’s Office for cause & origin investigation. No injuries were reported.”