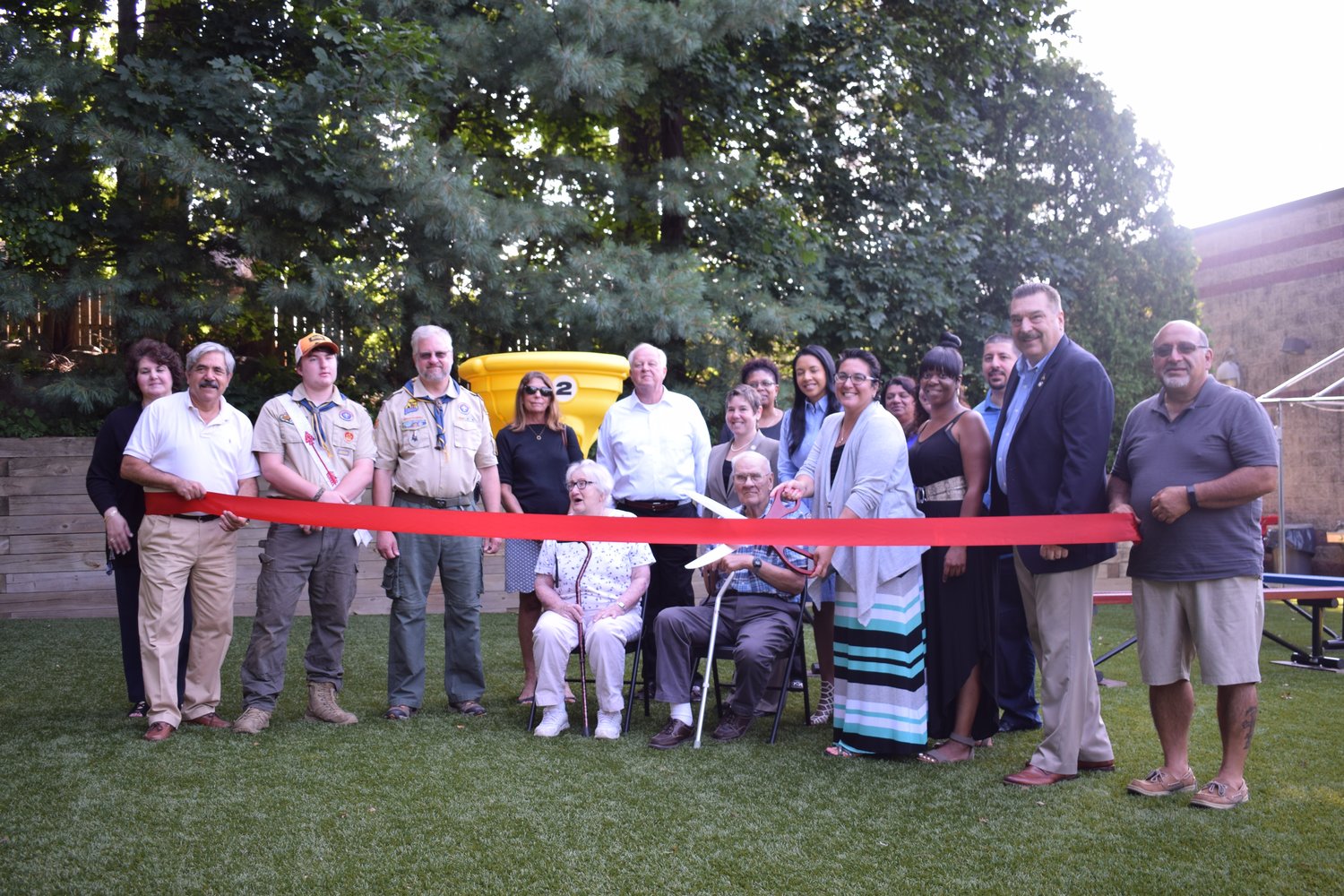 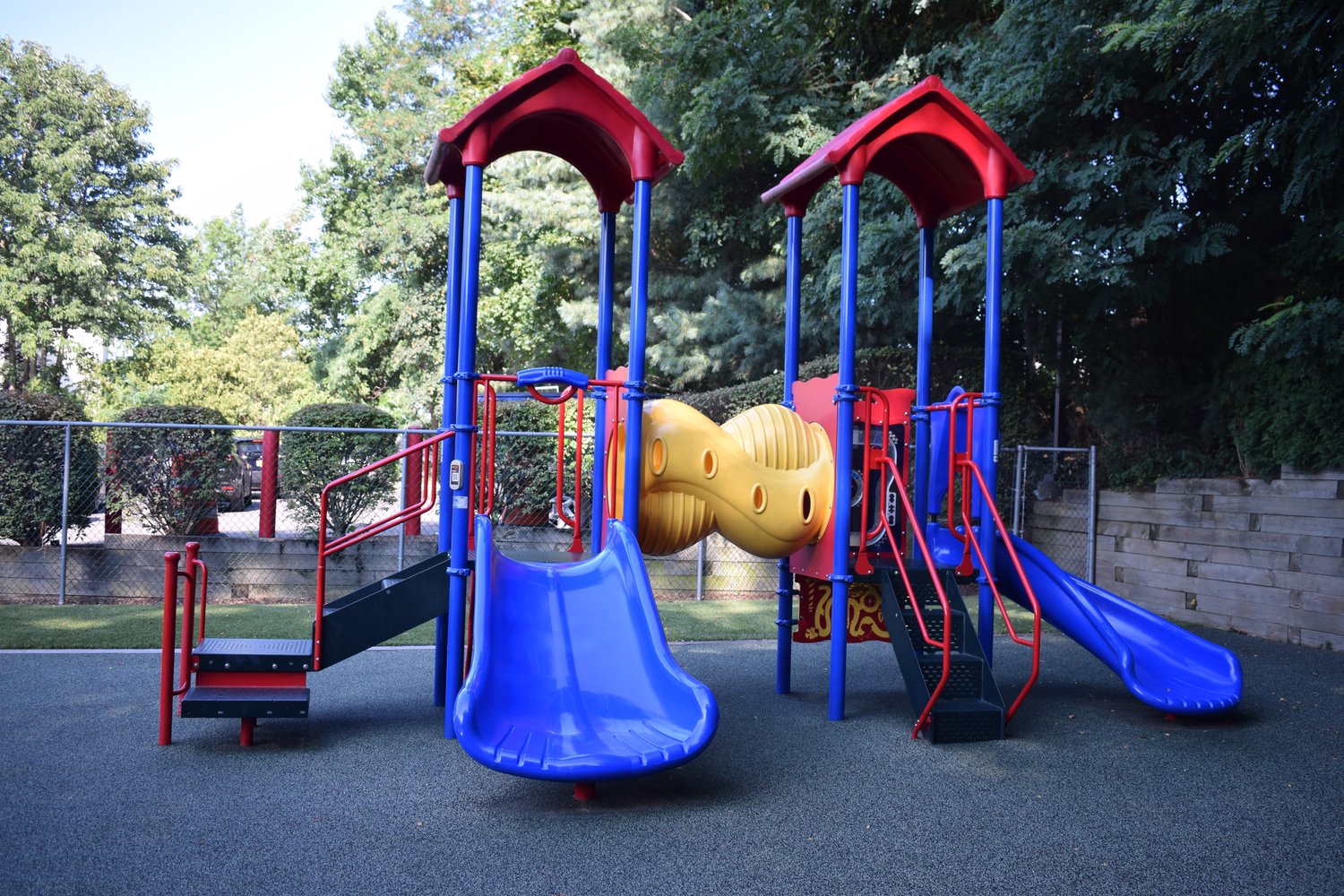 The playground includes a jungle gym near the back corner of the play area.
Ronny Reyes/Herald Gazette
Previous Next
By Ronny Reyes

Since 2017, Harbor Child Care has been working on the construction of a playground for the families that they serve at the Glen Cove location on Forest Avenue. The Glen Cove Harbor Child Care, part of the non-profit organization HCC, provides family and school services for more than 100 children, ages 12 weeks- to 12-years-old.

Harbor Child Care Executive Director Arnold Goldberg said that the playground was necessary for the local children and would provide a much needed space for them to play in. Goldberg, HCC staff, and local elected officials and members of the community gathered at the school for the grand opening of the playground on Aug. 15.

“This has been a dream two years in the making,” Goldberg said after the ribbon cutting ceremony. “It shows that we offer more than just educational services and that we are real members of the City of Glen Cove.”

The new playground includes soft green turf, a jungle gym with a slide, benches for teachers and children and a Camp Walden, a fort-like structure with a corral of seven activity panels with

options for children to enjoy. The playground is a part of HCC’s new Creative Curriculum program, which encourages children to play and in doing so enhance their social skills and imagination.

The new benches were formatted to serve as an outdoor classroom and came to the playground as a part of Glen Cove High School senior Joseph Chebuske’s Eagle Scout project. Chebuske, who hopes to find a career in construction, raised funds to purchase the benches and installed them in such a way that they could be moved to make room for future activities at the playground. Chebuske also plans to install a flower garden near the outdoor classroom.

“It’s for the benefit of the kids who are going to come out here,” Chebuske said. “What could be better for the community?”

With the completion of the two-year endeavor, Glen Cove Mayor Timothy Tenke and Councilwoman Marsha Silverman presented Glen Cove Harbor Child Care with a certificate of recognition from the city.

“I’m glad to see that the playground is finally completed and hope that it will serve as a beautiful new space for our children and the community,” Tenke said.