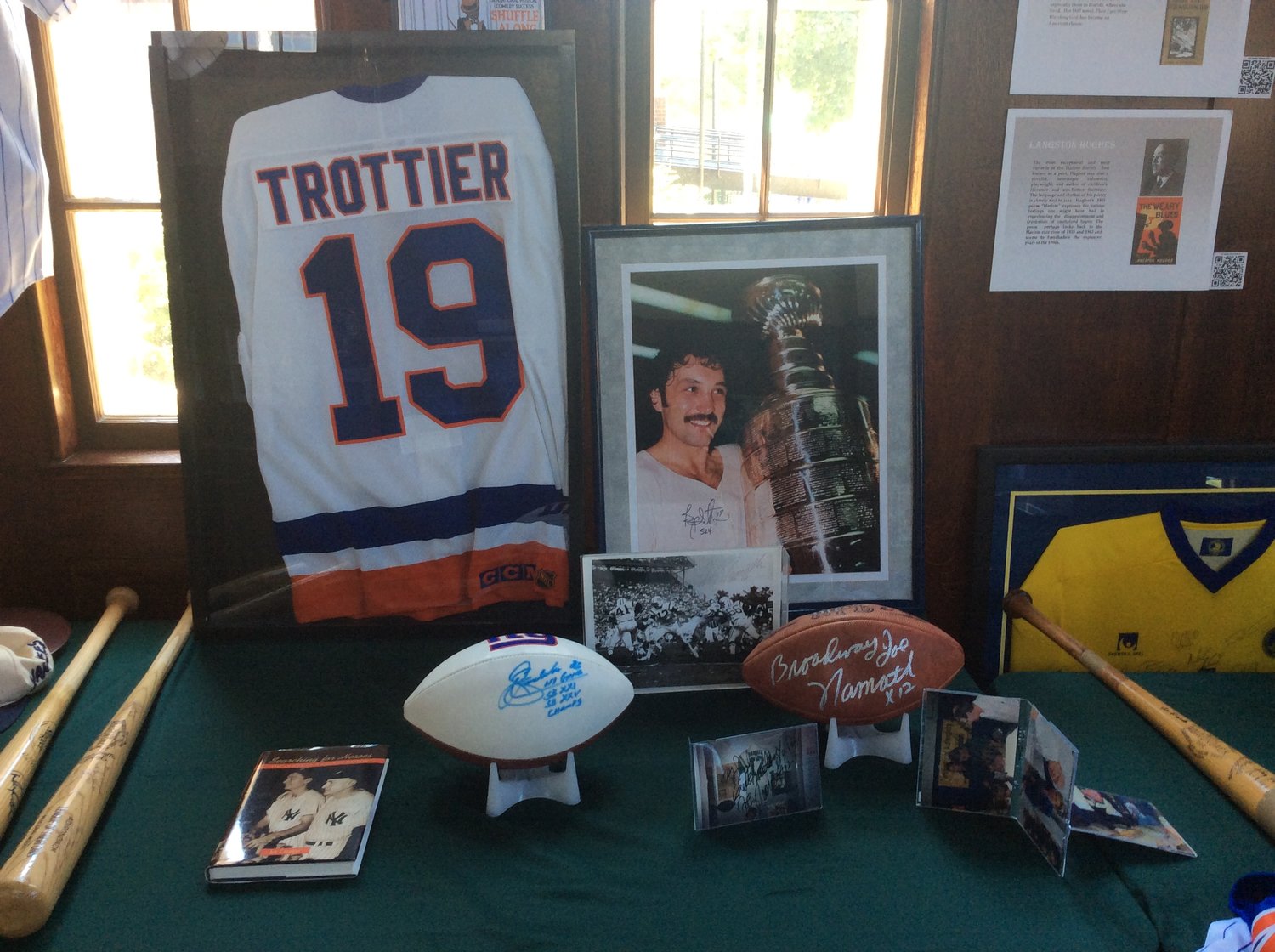 The North Shore Historical Museum in Glen Cove is filled with local history. The museum, at 140 Glen Street in Glen Cove, listed on the state and national Register of Historic Places, is designated as a landmark building. Built in 1907, it was originally a courthouse — the Justices Court building. Those who visit will see that the jail-holding cell still exists because the building was once home to the Glen Cove Police Department.

Then in 1917, the building served as the infirmary during the big flu epidemic. The museum itself has even been used for movie sets. The movie “North by Northwest” filmed a trial scene in the courthouse.

The museum is open every Saturday and Sunday from noon to 4 p.m. and because it’s a nonprofit and volunteer organization, doesn’t receive funding from the city, county or state. Its main source of revenue is through donations, membership and programming fees.

The museum's board are all volunteers, and many are founding members. Amy Tabor is the vice president of fundraising, a board member and founding trustee of the museum.

Tabor was part of the Business Improvement District at a time when it looked like the museum’s building would be razed.

“The gentleman who was the president of the board at the time, Brian Mercadante, who grew up in Glen Cove said, ‘we really need to preserve this building,’” Tabor said. “A group of us got together and applied to the State of New York for temporary use. We were able to save it and it's been restored for the most part to its former glory.”

Amy Driscoll, the executive director of NSHM, uses the museum's courthouse to conduct a mock trial program for kindergarteners all the way to senior citizens. Each participant plays separate courtroom roles such as the defendant, prosecuting attorney and defense attorney, and a sitting or retired judge presides over the trials.

The museum generally hosts two lectures a month. The latest lecture was on rare sports memorabilia presented by John Yoniack. He’s been collecting sports paraphernalia since 1964 and has amassed a number of notable signatures.

The museum features a variety of exhibits, each remaining anywhere from four to six months. The next exhibit will be in September on the automobile.

Currently, the museum features an exhibit on the Harlem Hellfighters, an all-Black infantry that fought during World War l. Over 30 were from the Glen Cove area.

As a result of a $5,000 donation from Glen Cove City School District teacher, Irene Harris, admission to the museum is free for as long as that money lasts. “Irene would come in with her husband and would say the stuff here is so great and particularly with Covid, she thought, more people should see this,” Driscoll said.

And after her experiences leading the museum she has found that it to be a community resource. Driscoll said she’s thrilled that admission will be free for the foreseeable future.