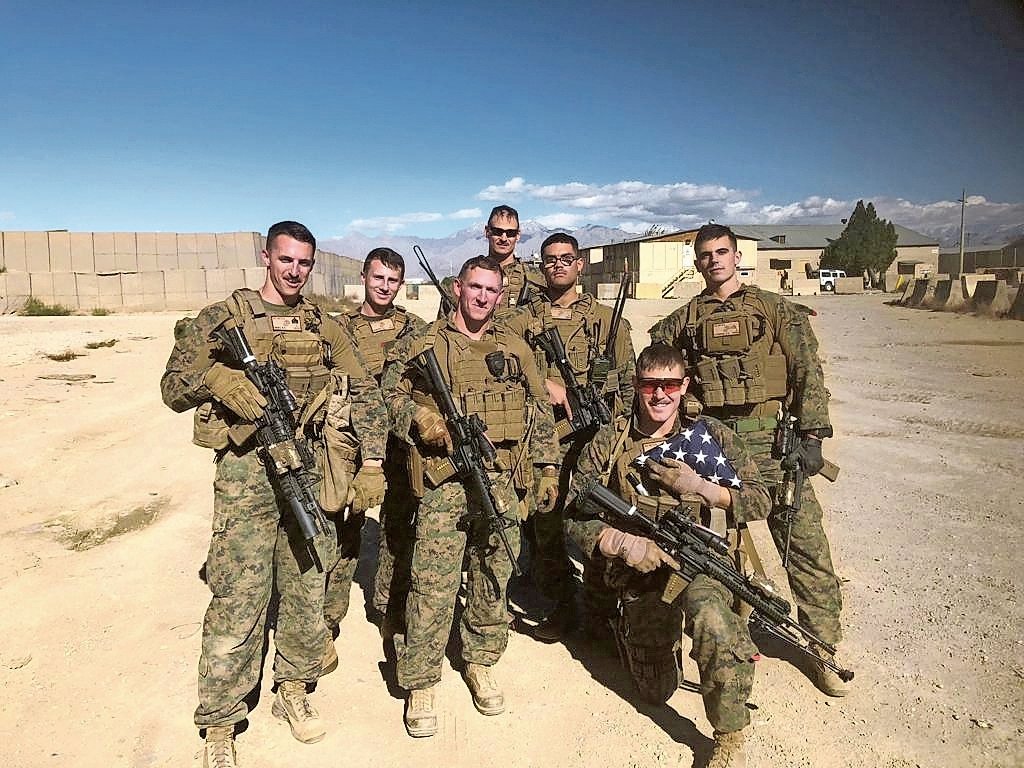 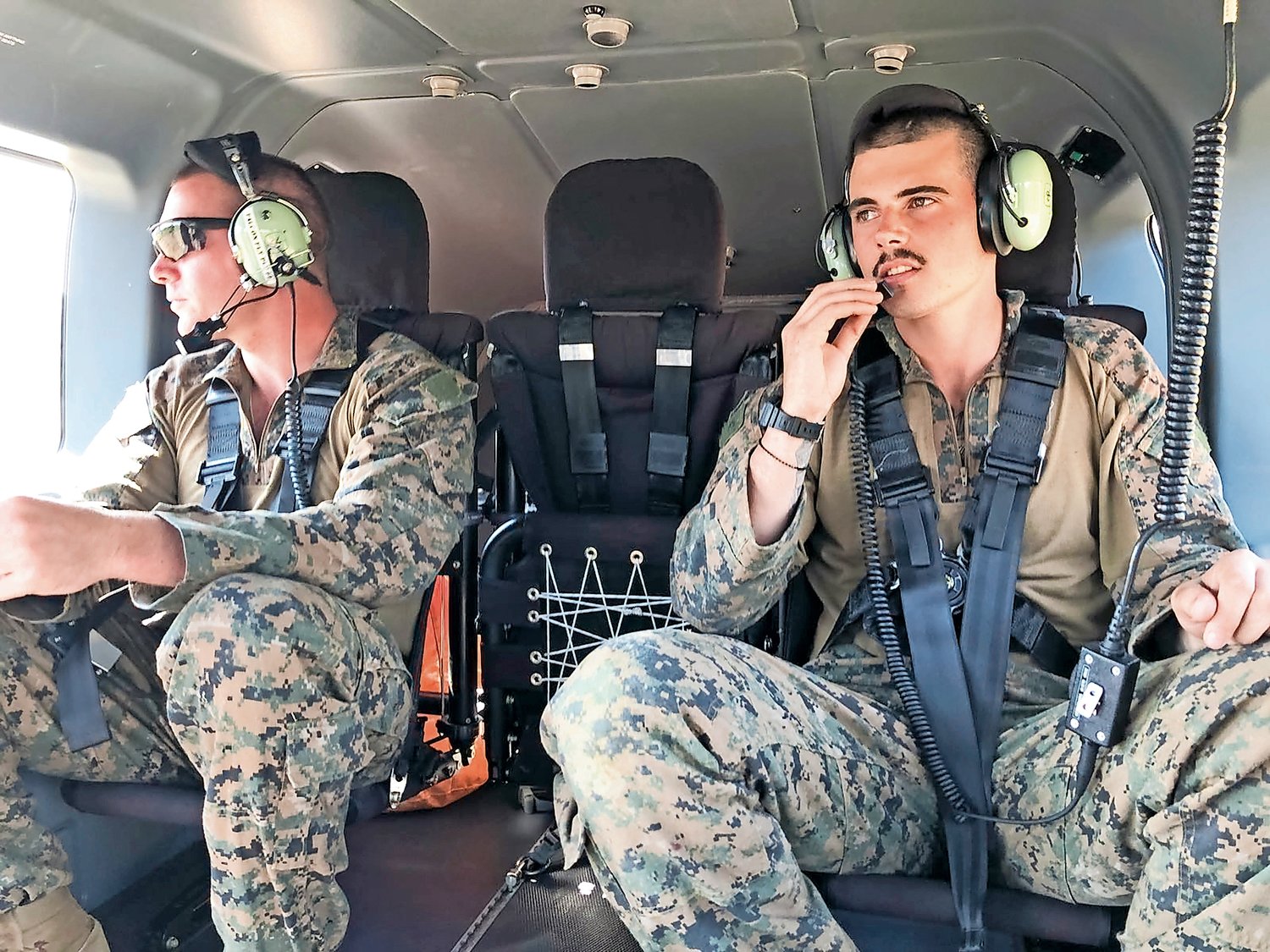 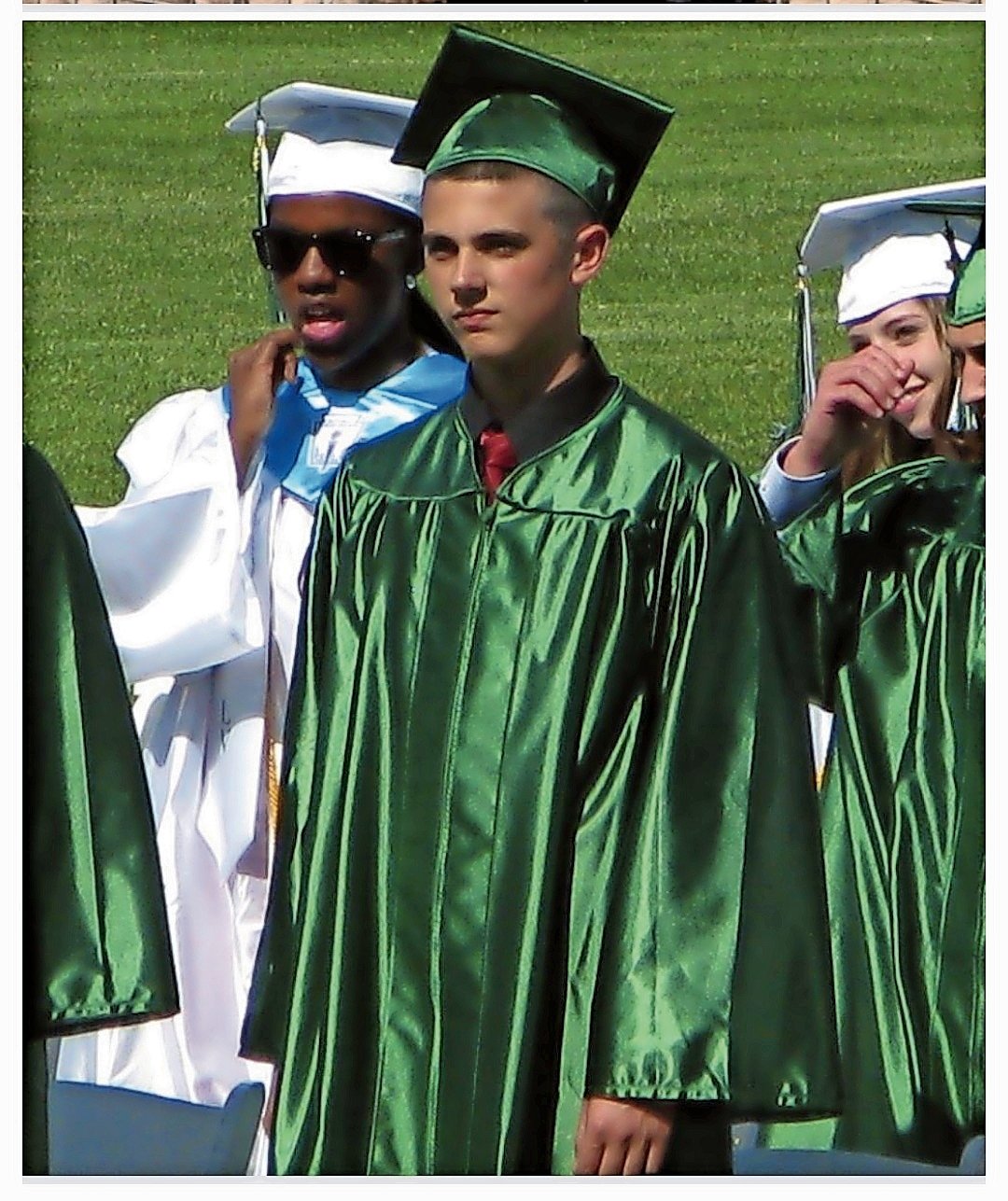 This month, a bill is being considered in the Nassau County Legislature to rename a portion of Forest Avenue, in Locust Valley, Sgt. Robert Hendriks Way. The measure would honor the life and service of a local young man who paid the ultimate price while serving his country.

If successful, the bill, introduced by Legislator Joshua Lafazan, would honor Hendriks with commemorative signage on the stretch  of Forest Avenue between Birch Hill Road and Birch Street — the most visible and highly trafficked part of the village.

The Legislature’s Rules Committee approved Lafazan’s bill on March 8, and the full Legislature is likely to consider it on Monday.

“When it comes to a bill of this significance, honoring those who made this kind of extraordinary sacrifice, we’re pushing for unanimous approval,” Lafazan said. “In fact, we’re expecting it.”

County Executive Laura Curran said she was looking forward to signing the bill. “Sgt. Robert Hendriks made the ultimate sacrifice while serving our nation in Afghanistan,” Curran said, “and we are doing this in honor of his life and service.”

Hendriks, who was born in Glen Cove, was connected in a variety of ways to the North Shore. His father, Erik Hendriks, currently lives in Glenwood Landing, and his family live in Glen Head. Robert’s family moved to Locust Valley when he was 2.

Hendriks was a 2012 graduate of Locust Valley High School. In school he was the type of boy whom other children looked up to, his mother, Felicia Arculeo, said.

“He had his head on his shoulders and always did the right thing,” Arculeo said. “He had a lot of friends, even though he wasn’t a jock or a Science Olympiad. Robby was a normal all-around boy.”

LVHS Principal Patrick DiClemente said that Hendriks was impressive, kind, had a passion for service and was committed to friends, family and country.

“The service, dedication and sacrifice demonstrated by Locust Valley’s Robert Hendriks reflects the selflessness and honor that we respect and admire in students, in the community, and among our servicemen and women,” DiClemente said. “Seeing Nassau County honor our former student, Sergeant Hendriks, is an event that strikes the chords of appreciation and valor among our students, staff and school community. We are of course forever proud.”

Although Arculeo moved to Freeport when she remarried, her son remained in Oyster Bay, living in an apartment.

He was a member of the 25th Regiment, 4th Marine Division, U.S. Marine Corps Reserve, headquartered in Garden City, a regiment with a storied past. In World War II, it took part in campaigns at Kwajalein, Saipan and Iwo Jima. The unit was reactivated for Operation Desert Shield and Desert Storm in 1990 and 1991, and returned to combat duty in support of Operation Iraqi Freedom in the 2000s.

Hendriks, who was 25 when he died, was a member of a weapon company of the 2nd Battalion, tasked with support of infantry and rifle companies. His unit was deployed as part of a Marine Forces Europe and Africa program that since 2015 had supported infantry companies from the nation of Georgia in combat.

On Apr 8, 2019, Hendriks and other members of his unit were traveling back to Bagram Air Base in Afghanistan when an improvised roadside explosive device detonated near his vehicle. He and two other Marines — Sgt. Christopher K.A. Slutman, 43, from the South Bronx, and Sgt. Benjamin S. Hines, 31, from York, Pa. — were killed.

“The truth is my son died doing what he wanted to do,” Arculeo said. “He knew there was a risk, but he was more than willing to take that risk.“

“You’re at a loss for words — that level of sacrifice and courage,” said Lafazan, 27, who noted that as a Syosset High School graduate, he and Hendriks had mutual friends. “We’re a generation that grew up as young students watched the impact of 911. It gives me significant pride to know the story of a young man who desired to serve our nation and protect the values we hold dear.”

Immediately after the attack, Gov. Andrew Cuomo directed flags on state government buildings to be flown at half-staff in honor of Hendriks, Slutman and Hines.

That’s when Lafazan began to consider what he could do to honor Hendriks, as did the Locust Valley community. School athletes in grades seven through 12 began wearing red, white and blue arm bands at games. The varsity boys’ lacrosse team, on which Hendriks had played, started sporting stickers on their helmets with the Marines logo and Hendriks’s initials.

Lafazan joined forces with the Falcon Pride Athletic Booster Club and the Stephen Siller Tunnel to Towers Foundation to raise $30,000 for a scholarship in Hendriks’s name, to be awarded to a deserving LVHS senior.

“From day one, Legislator Lafazan has been right there,” Arculeo said. “In fact, Josh, the Marines, the residents of Locust Valley, the students at the schools — they have all become like an extended family to me.”

Even strangers, Arculeo said, have shown her kindness and support.

“Last week I was at Calverton, where my son is buried, and it was freezing and I had nothing but a blanket to keep me warm,” she recalled. “Suddenly a stranger drove up. He said he had seen me there, driven to a gas station to get me a cup of coffee, and was bringing it back so I could warm up.”

The man had come from Westchester and had a two-hour drive ahead of him to get home. “But he took the chance, he came back to help me,” Arculeo said.

That kind of support from friends, neighbors and strangers, she said, has been gratifying, particularly because that’s how her son grew up.

“The kind of people who have come forward are like my son,” she said. “Robby was one of them, kind and humble, yet at the same time generous, always doing the right thing. Yes, he was tough as nails. I always knew he would be a police officer or join the military, but he had a great sense of humor and inspired a lot of people.”

And that’s why, if all proceeds as hoped in the Legislature and there is a ceremony renaming Forest Avenue Sgt. Robert Hendriks Way, Arculeo plans to be there.

“When they put his name on the war memorial in Locust Valley, I went,” she said. “When they gave out a scholarship in his name, I went. It’s very hard, and it makes me nauseous, and my life is changed forever, but I’ll go.

“After all,” Arculeo added, “I have another son, Joseph, who’s in the Marine Reserves, too. As far as I’m concerned, anyone who joins the military, who signs on the dotted line, deserves a medal just for joining.”

If Lafazan’s bill is signed into law this spring, Arculeo’s “extended family” — the residents of Locust Valley — will have an opportunity to show they agree with that sentiment.

Laura Lane contributed to this story.