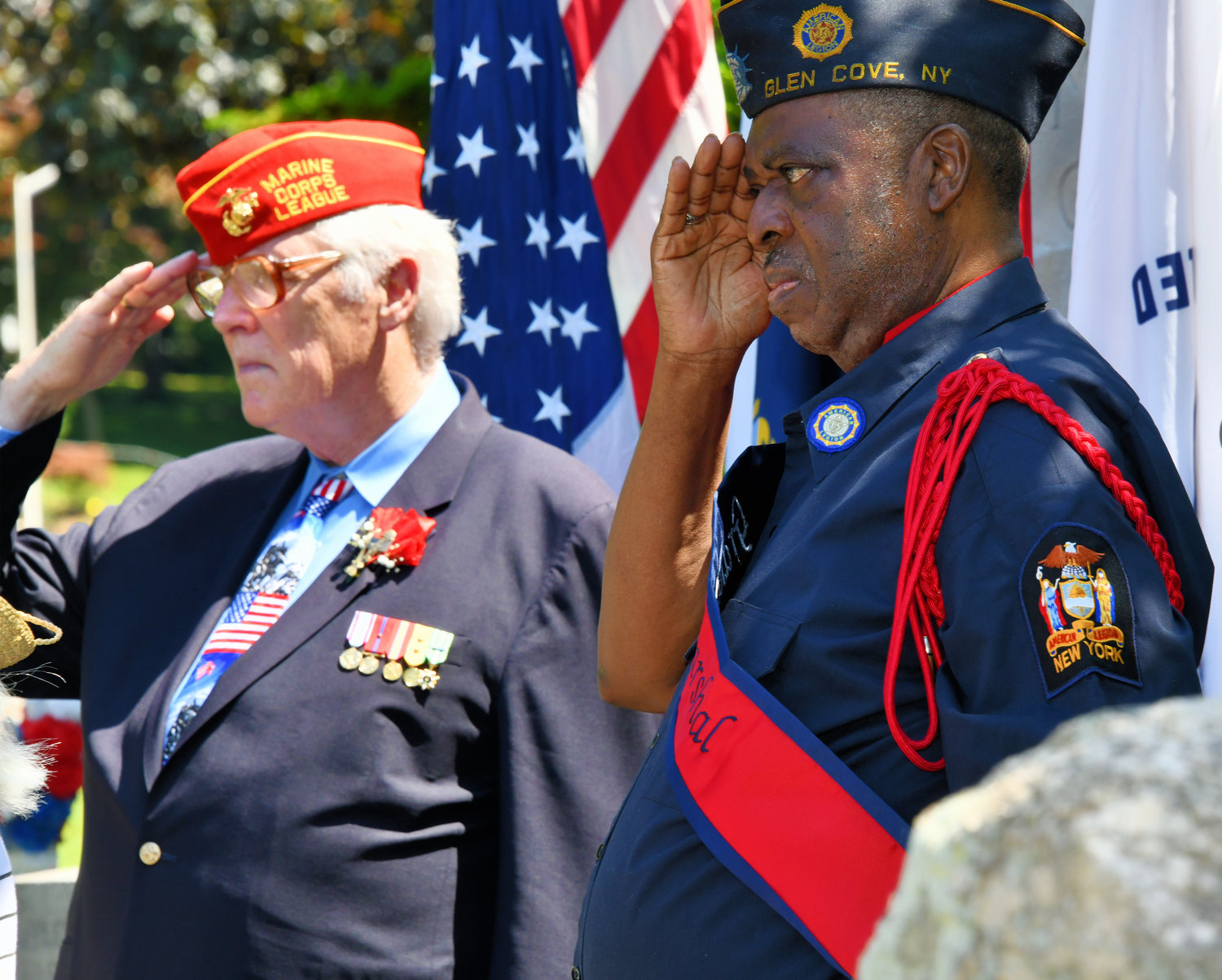 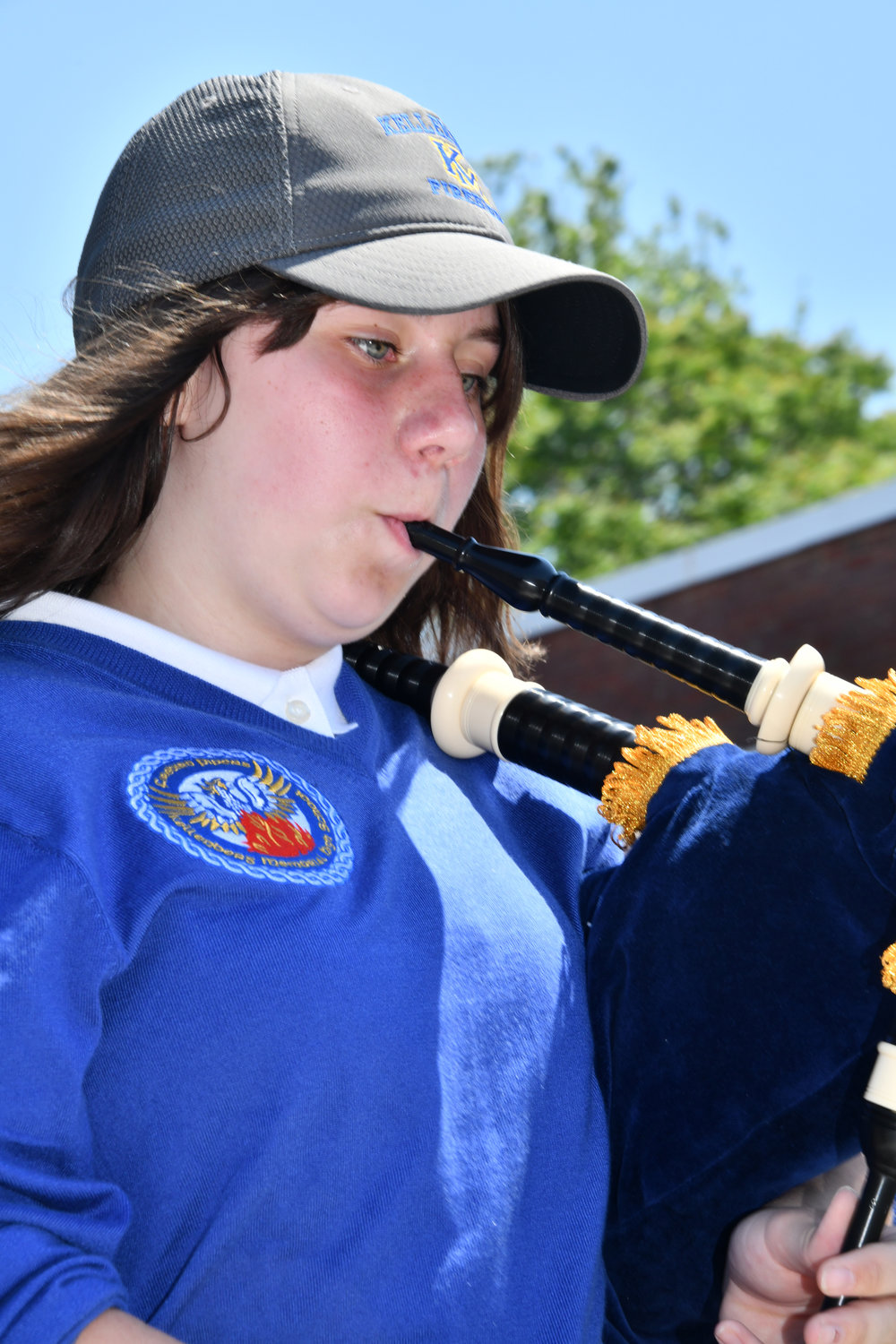 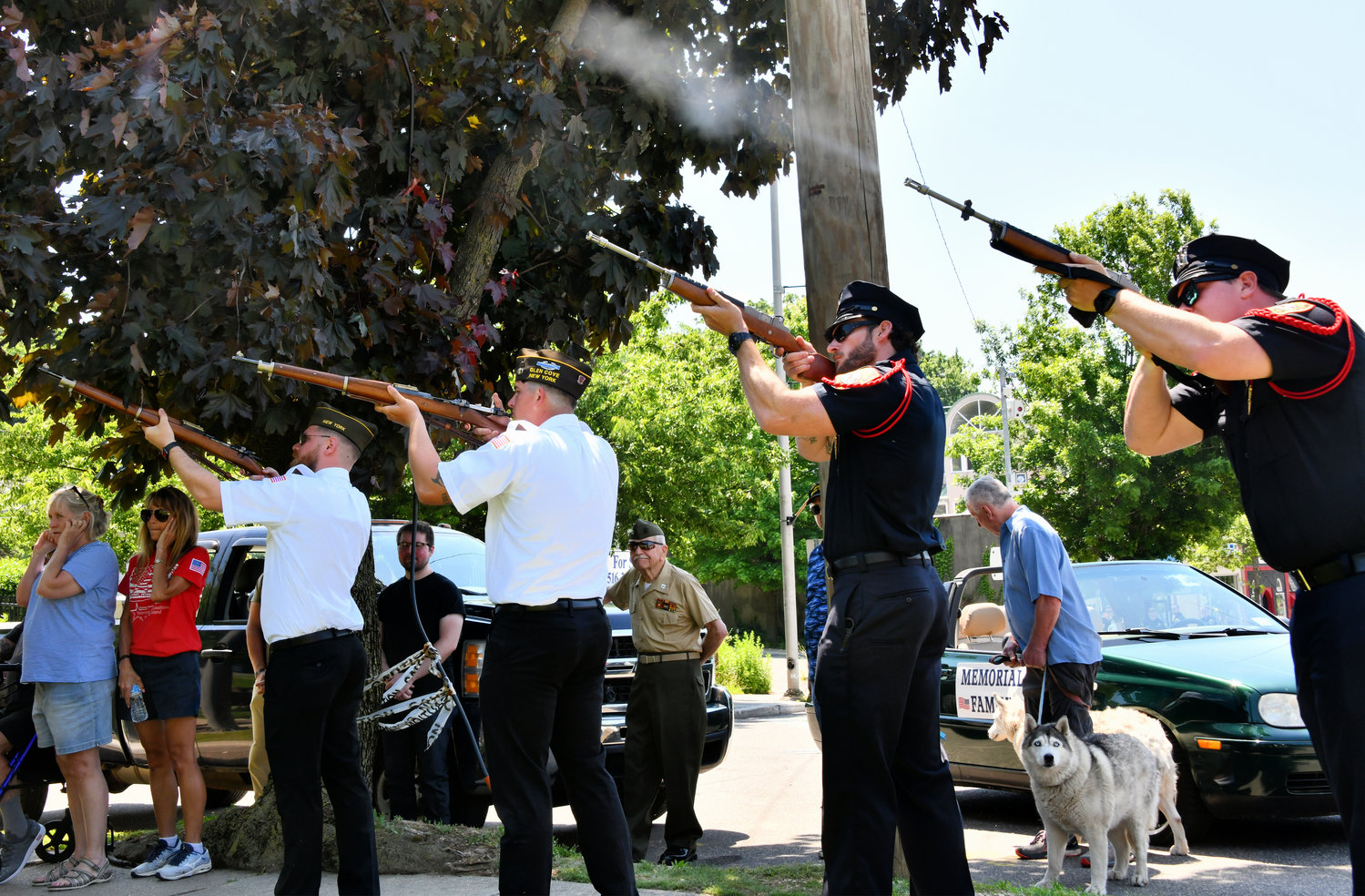 The ceremony included a gun salute. 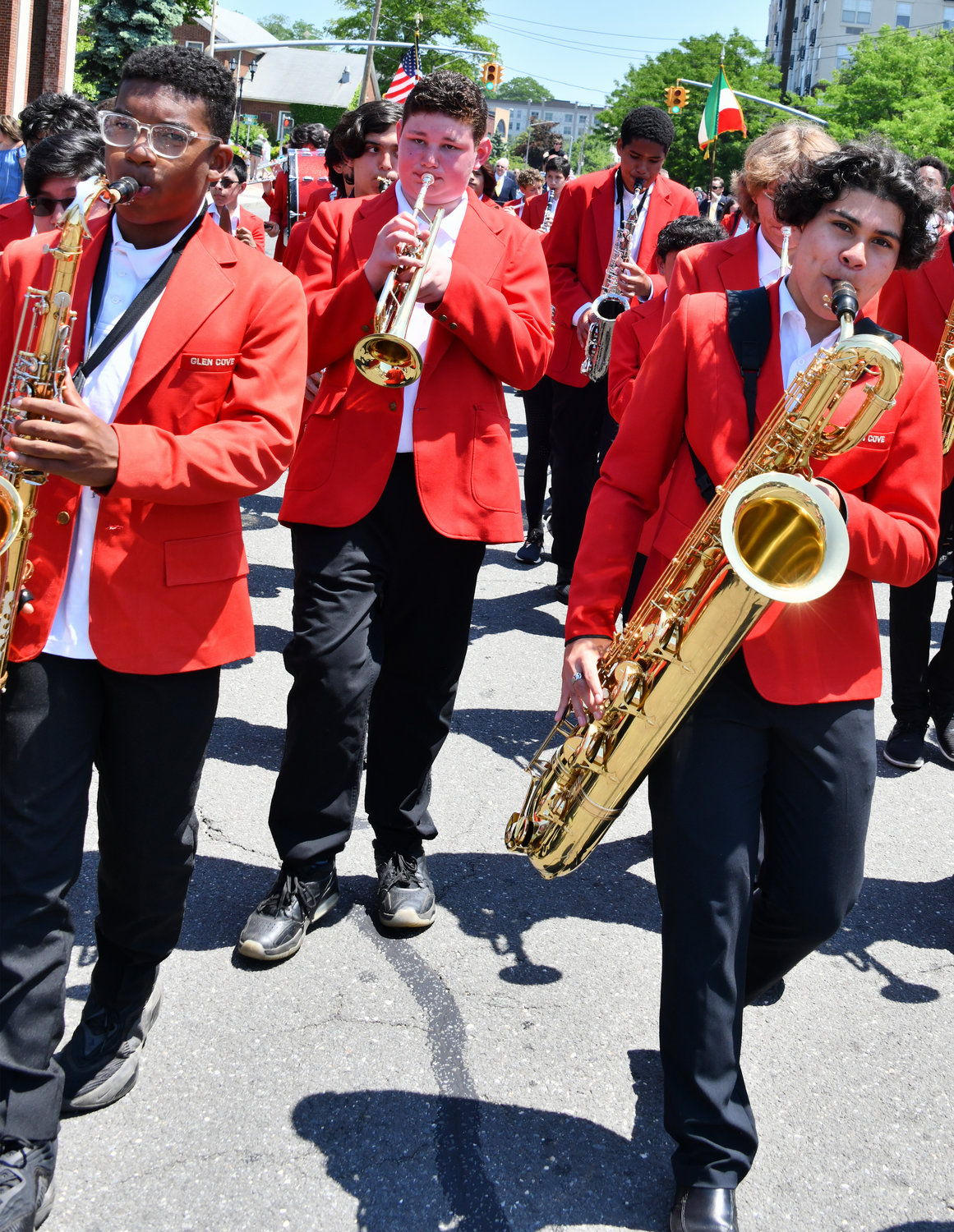 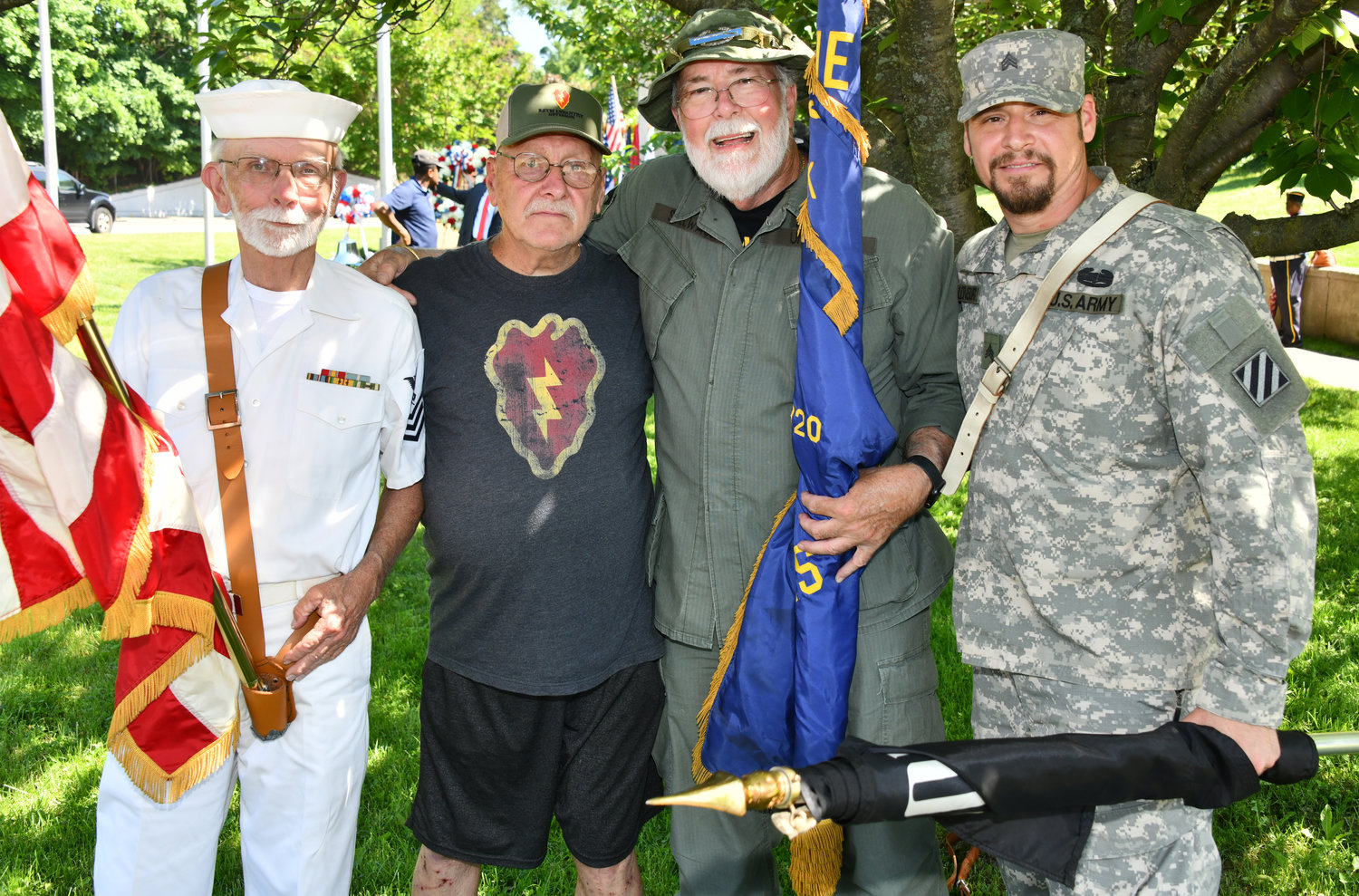 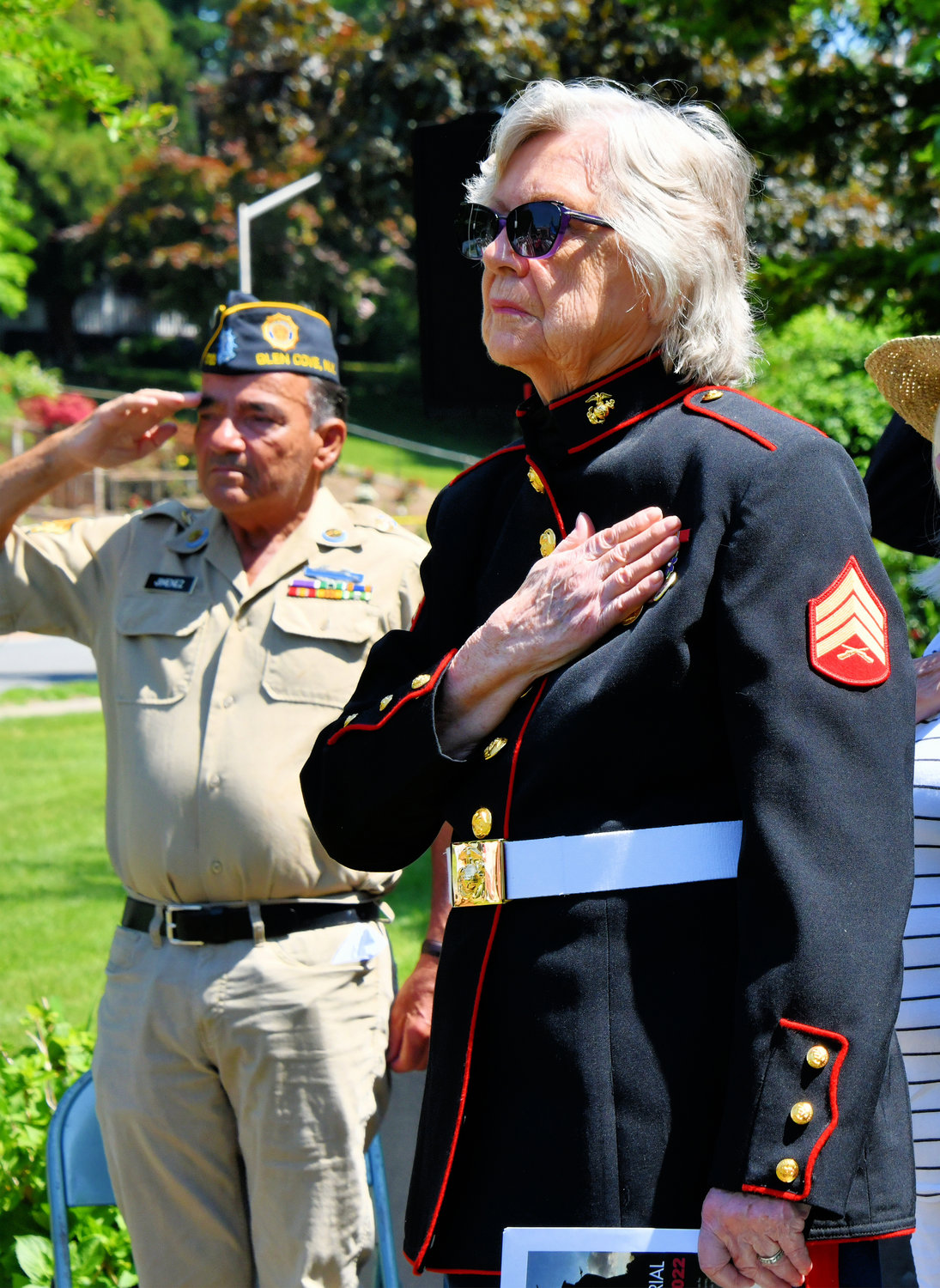 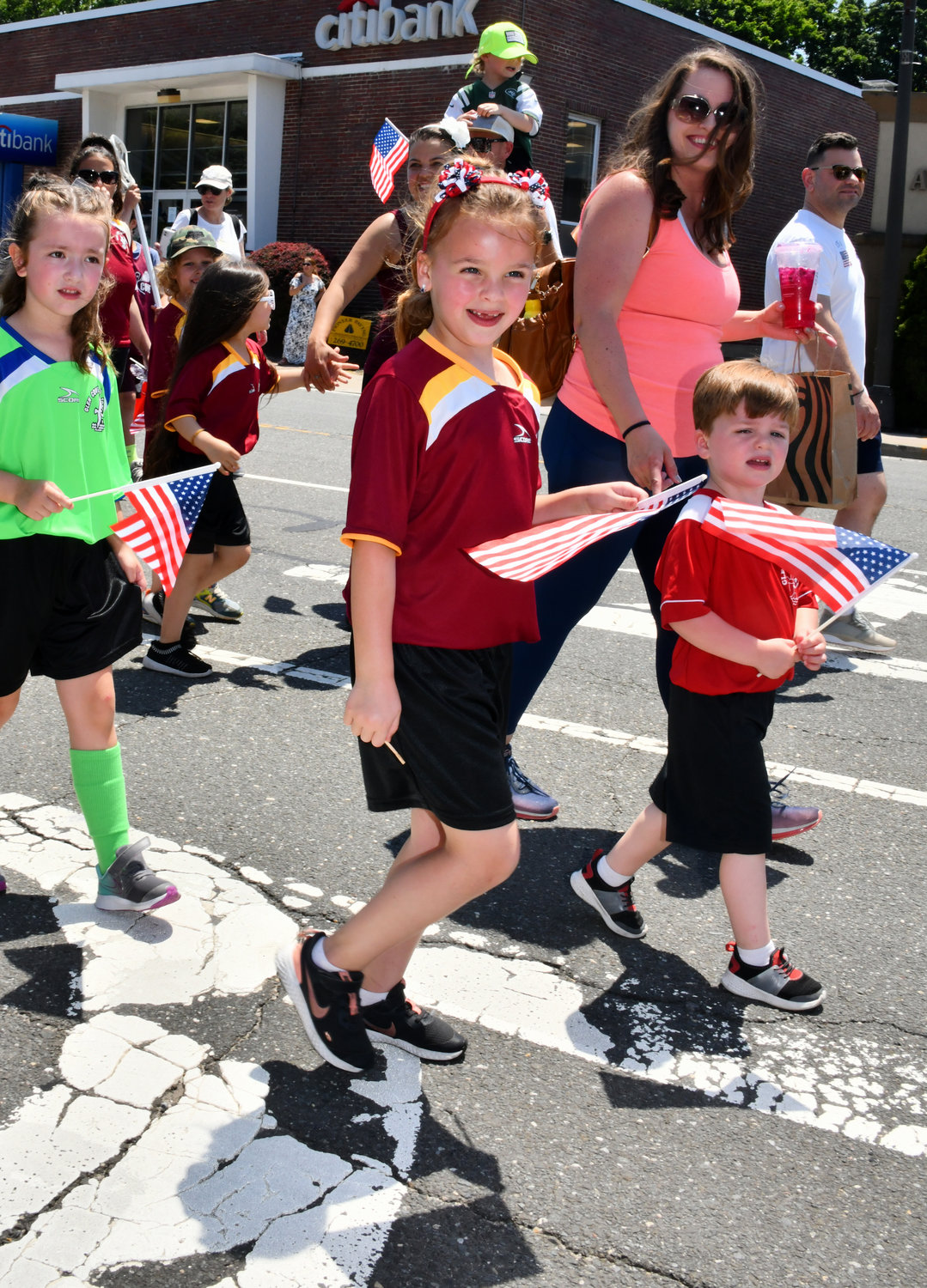 People of all ages took part in the parade.
Previous Next

Families, children and veterans lined the streets to watch Glen Cove’s annual Memorial Day Parade on Monday. The beat of the drums from the Sea Cliff Band and the sound of trumpets from the Robert M. Finley Middle School Band resounded across town.

This year’s parade honored Cpl. James Erwin Donohue, who fought in World War I. He was assigned to Company M of the 106th Infantry, and during the Second Battle of the Marne, he suffered severe wounds and died in 1918. Donohue was the first casualty of World War I to return to Glen Cove. The Police Department, the Volunteer Fire Department and the Veterans of Foreign Wars post were all named in his honor.