10 TV spinoffs that are better than the original, according to data

​​Stacker dug deep into IMDBb ratings to research the history of TV shows and find out which spinoffs are better than the originals. 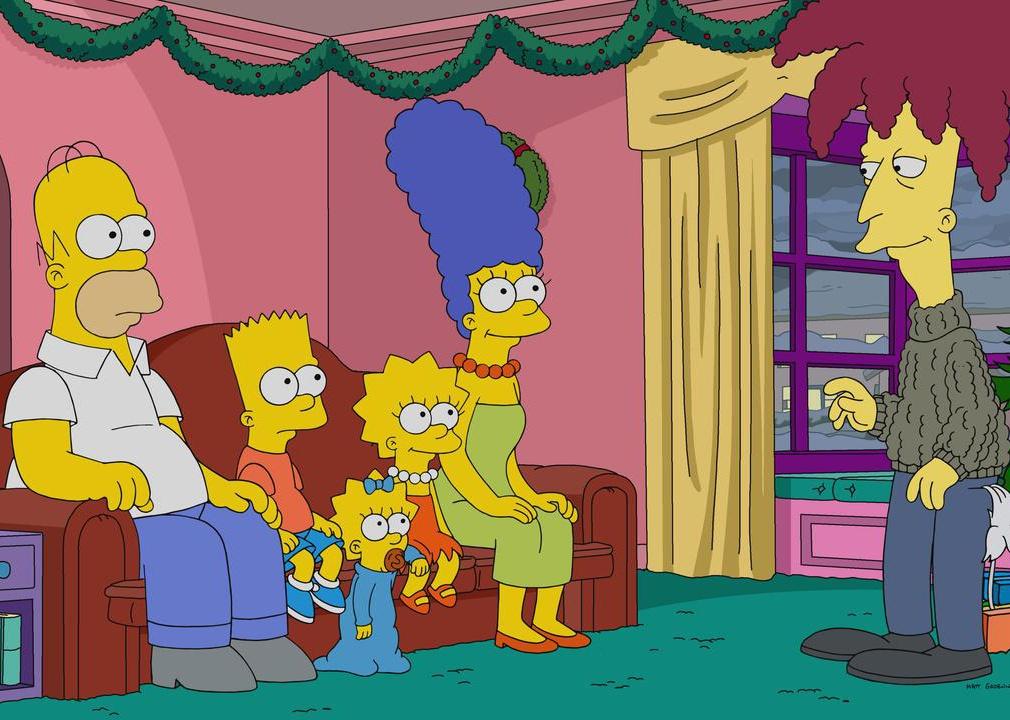 Networks have a long history of capitalizing on successful TV shows and their built-in fan bases to launch new series featuring familiar characters and settings. This trend goes back to 1955 with the first TV spinoff, "The Adventures of Champion," a 26-episode Western featuring a horse from "The Gene Autry Show."

Spinoffs can begin in a variety of ways. When a popular show ends, one character may branch off to start a new show. This happened when "Breaking Bad" left the airwaves in 2013, and the character of Saul Goodman (Bob Odenkirk) spun off to create the prequel "Better Call Saul."

Sometimes a character leaves one show to begin another while the original series remains on the air. For instance, the character of Dr. Addison Montgomery (Kate Walsh) left "Grey's Anatomy" in 2007 to launch the sister show "Private Practice," although she has returned periodically.

Sometimes the spinoff even becomes more popular or has a longer run than its predecessor. ​​Stacker researched TV show spinoffs and highlighted 10 with higher IMDb user ratings than the original show on which they're based. Read on to find out which shows topped their forerunners.

You may also like: 50 best sci-fi shows of all time

Star Trek: The Next Generation 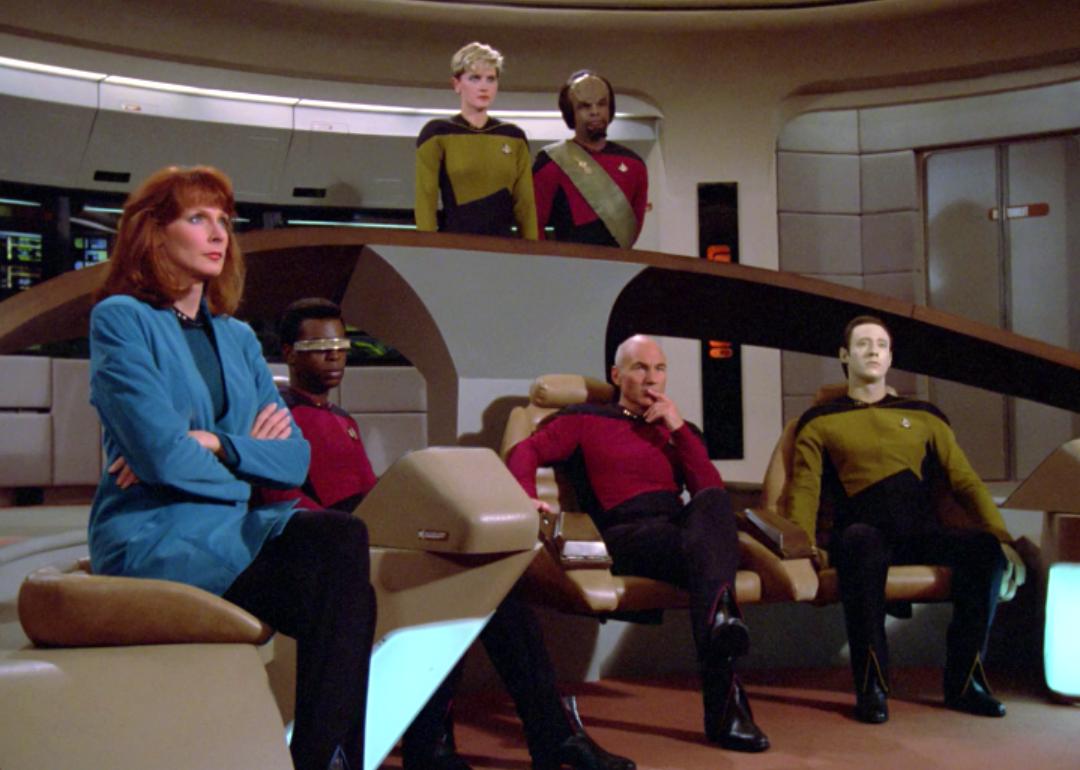 Cost drove the decision to bring in a different cast rather than having old favorites return—Shatner and Nimoy's salary requirements were too high for the new show's budget. The spinoff's crew became just as memorable, though, as it included Jean Luc-Picard (Patrick Stewart), Geordi La Forge (Levar Burton), and Data (Brent Spiner) helping "Star Trek: The Next Generation" post seven strong seasons. The spinoff boasted twice the number of episodes and a higher IMDb user rating (8.7) than the original series (8.4). 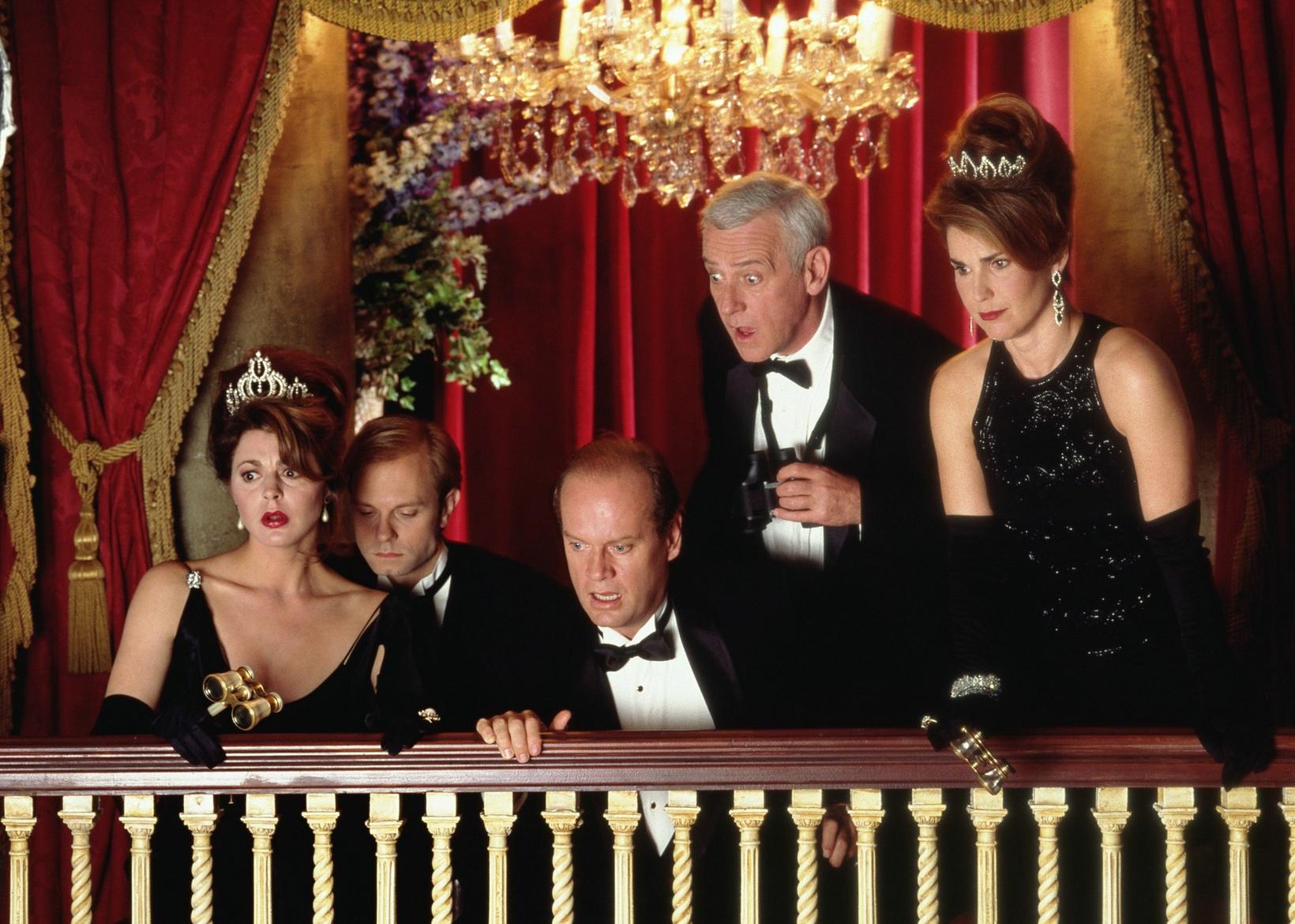 When "Cheers" ended after 11 seasons, the Boston bar's regular patron Frasier Crane (Kelsey Grammer), was featured in a self-named spinoff. "Frasier" follows Craine, a psychiatrist, as he moves home to Seattle and hosts a talk radio show while helping care for his father (John Mahoney).

By balancing connections with the original series alongside new material to attract new viewers, "Frasier" was ultimately more successful than its predecessor. The show won 37 Emmy Awards—a record at the time for a scripted TV series—and has a higher IMDb user rating (8.2) than "Cheers" (7.9). 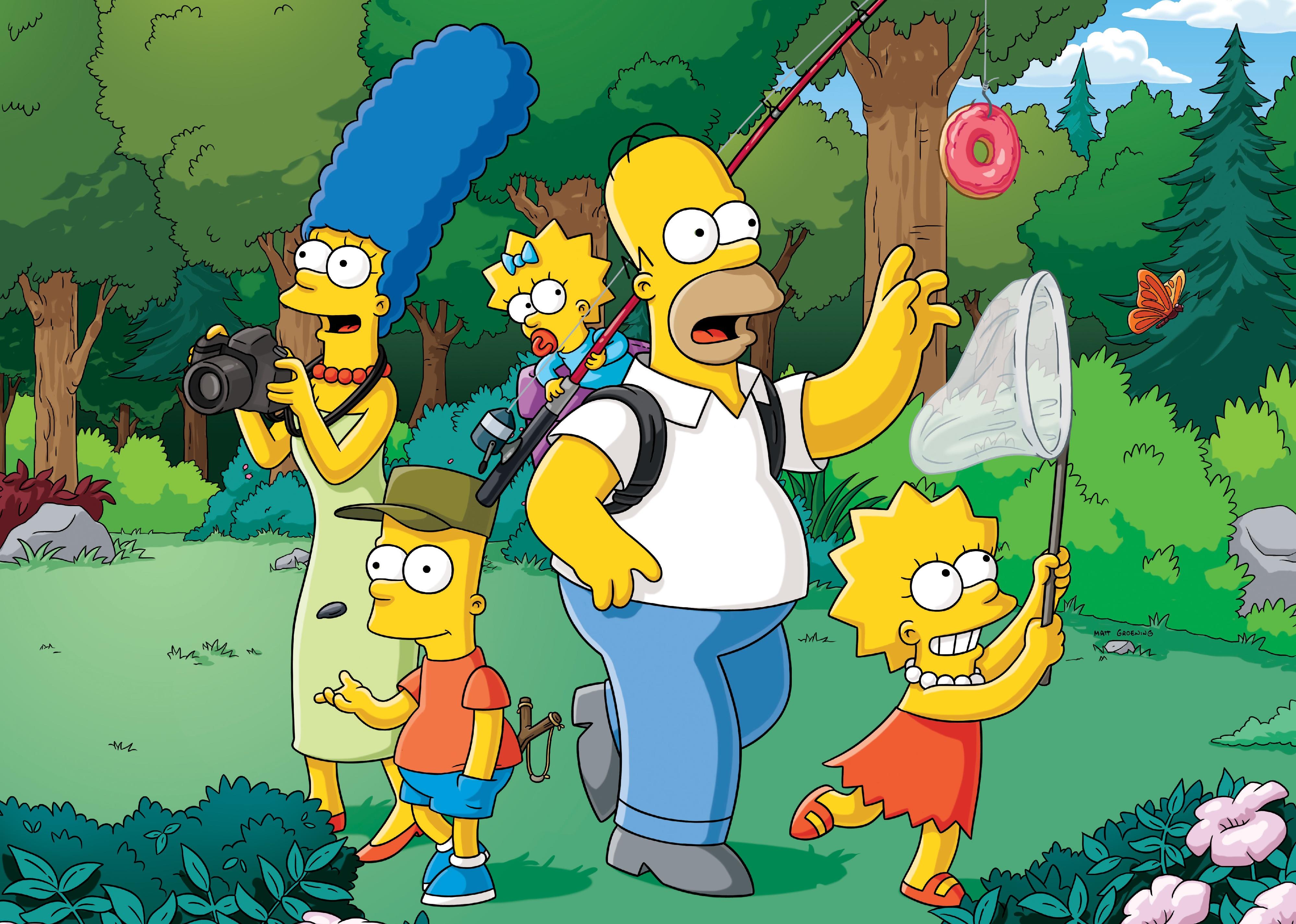 "The Simpsons" began as a segment on "The Tracey Ullman Show," a variety show featuring sketch comedy, music, and dance. When "The Simpsons" spun off into a new animated series for adults in 1989, no one could have predicted it would still be running strong 34 seasons later.

The Simpson family—Homer (voiced by Dan Castellaneta), Marge (Julie Kavner), Bart (Nancy Cartwright), and Lisa (Yeardley Smith)—entertain viewers weekly with a satirical look at the American family while keeping a finger on the pulse of pop culture.

The show is also known for its long list of famous guest stars, including astronaut Buzz Aldrin, physicist Stephen Hawking, and comic book legend Stan Lee. With this kind of longevity and star power, it's no surprise the "The Simpsons" IMDb user rating (8.7) is much higher than that of "The Tracey Ullman Show" (7.1). 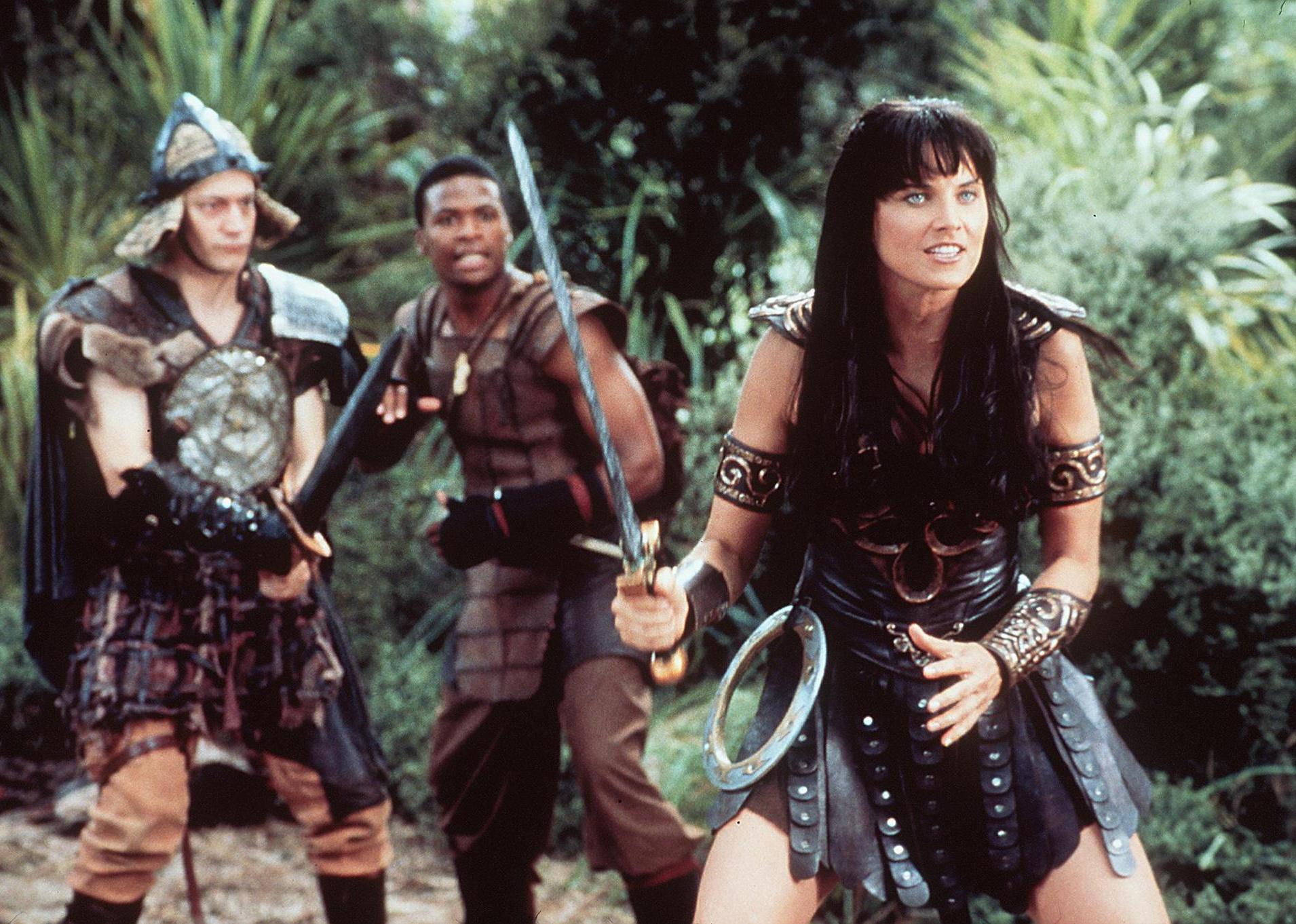 Xena (Lucy Lawless), a warrior fighting to redeem herself from her dark past, began as a character on "Hercules: The Legendary Journeys," which starred Kevin Sorbo as a half-god who battled mythical creatures. The spinoff series, "Xena: Warrior Princess," didn't take long to launch, premiering just four months after the first season of "Hercules" ended.

The close ties between the two action-adventure series led to multiple crossover episodes and narrative arcs continuing across the shows. "Xena" became the more popular of the two series, besting the 6.4 IMDb user rating of "Hercules" with a 6.7 rating. 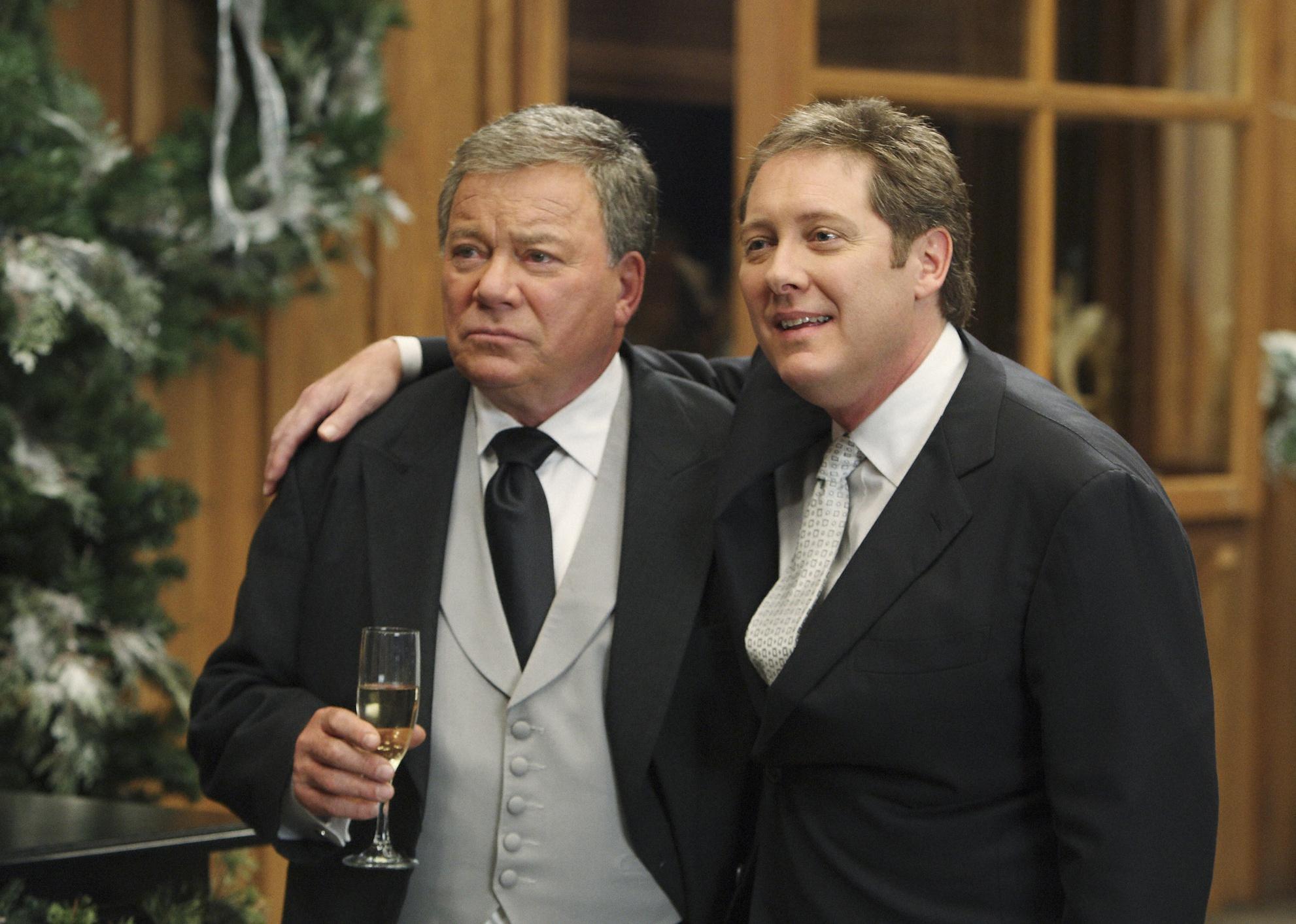 Screenwriter and creator David E. Kelley built off the success of his legal drama "The Practice" with "Boston Legal," a spinoff starring James Spader in the continued role of attorney Alan Shore. This comedy-drama about the exclusive Boston law firm Crane, Poole, and Schmidt also starred William Shatner as Denny Crane and Candice Bergen as Shirley Schmidt.

Network executives initially hesitated to cast Spader as the show's lead because his background was primarily in film; however, he went on to win three Emmy Awards in this role. The IMDb user rating for "Boston Legal" is nearly a point higher (8.5) than that of "The Practice" (7.7).

You may also like: 100 best sitcoms of all time 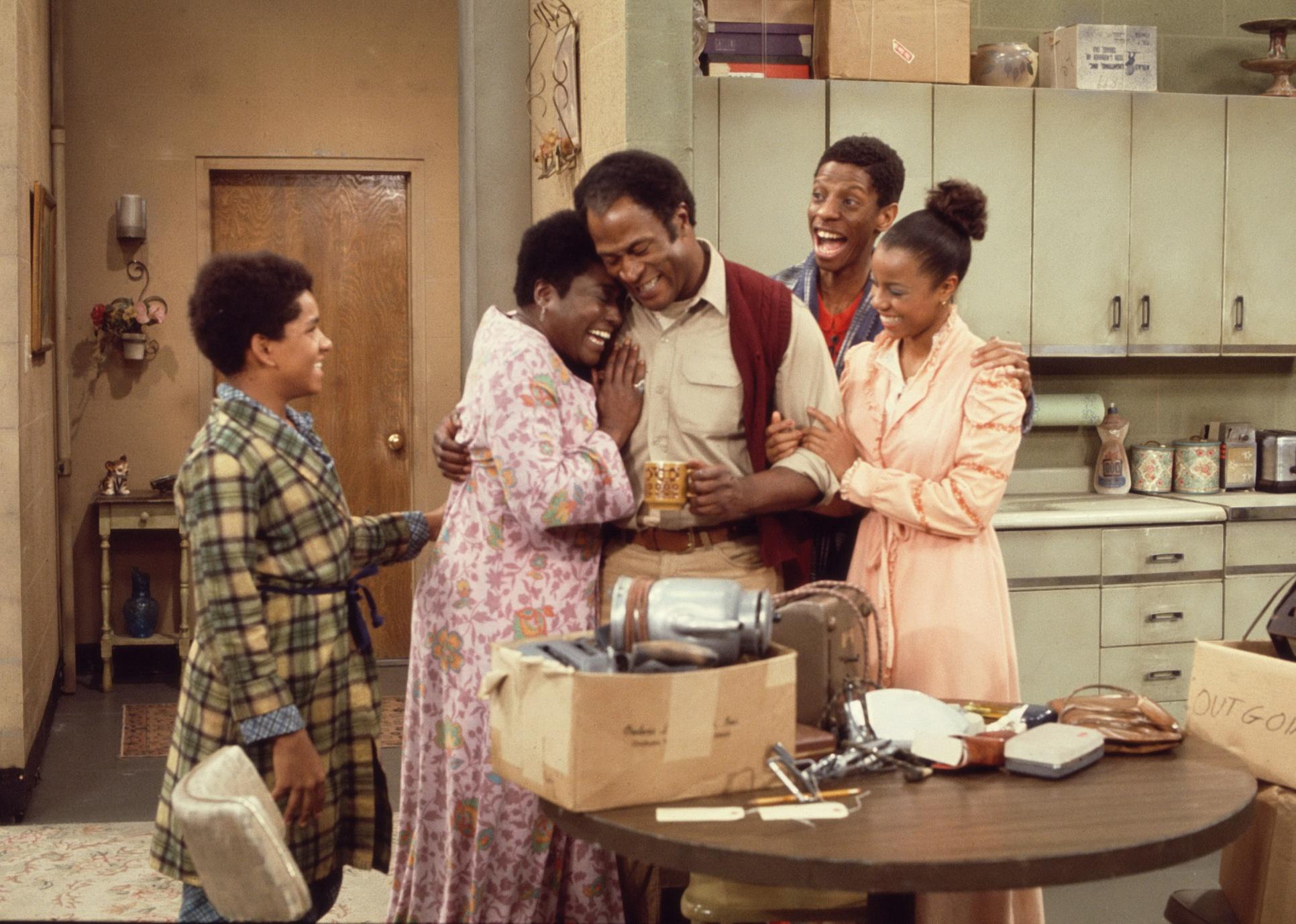 "Good Times'' is a spinoff of a spinoff. The popular 1970s sitcom "All in the Family'' produced seven spinoffs, including "Maude," a comedy about Maude Findlay (Bea Arthur), the outspoken, liberal cousin of Edith Bunker (Jean Stapleton) from the original series. Maude's housekeeper, Florida Evans (Esther Rolle), then branched off into her own six-season series on "Good Times" about life in Chicago with her husband James (John Amos), and three children: J.J. (Jimmie Walker), Michael (Ralph Carter), and Thelma (BernNadette Stanis). 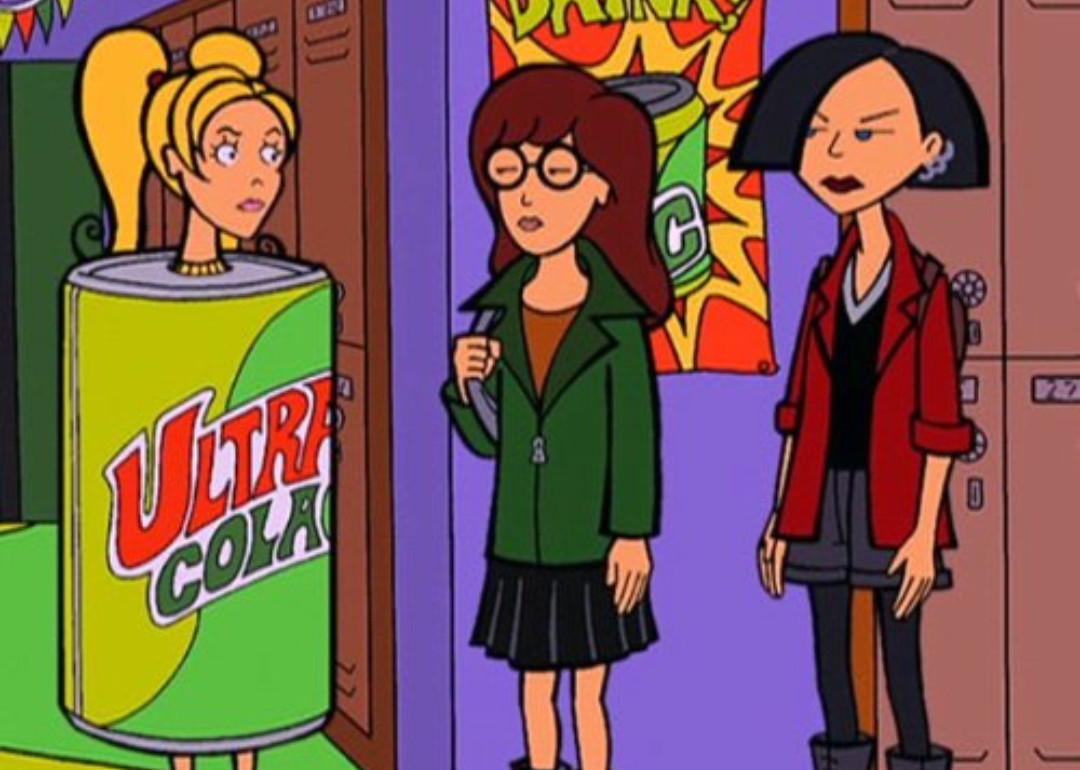 The character of Daria Morgendorffer (voiced by Tracy Grandstaff) may have originated from MTV's popular animated series "Beavis and Butt-Head," but she is nothing like her male predecessors. "Daria" takes a smart, sarcastic look at teenage life through the eyes of a self-proclaimed outsider trying to survive the idiocy she finds in the world around her.

The IMDb user rating for "Daria" (8.1) is a bump up from that of "Beavis and Butt-Head" (7.5), and the spinoff was also more expensive and labor-intensive for creators. It took 10 months to complete each 30-minute episode. 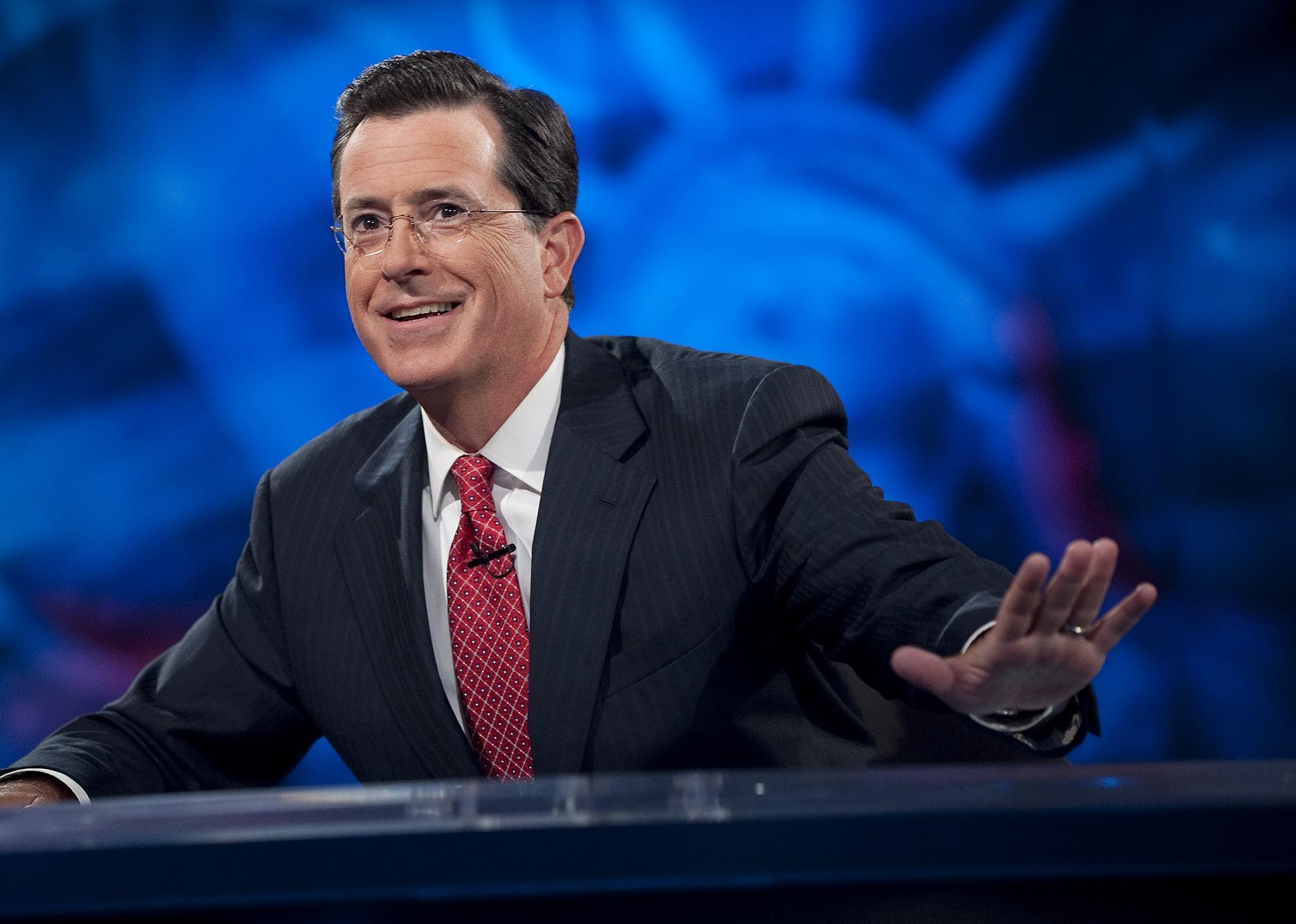 One comedy news show gave birth to another when "The Colbert Report" spun off from "The Daily Show" in 2005. Comedian Stephen Colbert began as a traditional news correspondent for "Good Morning America," where he was spotted and poached by "The Daily Show" creators Madeleine Smithberg and Lizz Winstead. He became a regular on "The Daily Show" in 1997, eventually parlaying his skilled political commentary into his series.

Colbert described "The Colbert Report" as "a goof on the cult of personality-type shows," referring to shows hosted by cable-news anchors like Bill O'Reilly and Chris Matthews. Colbert covered the biggest stories in America with a humorous twist for 11 seasons, leading him to edge out "The Daily Show" in IMDb user rating by 0.1, the slimmest of margins. 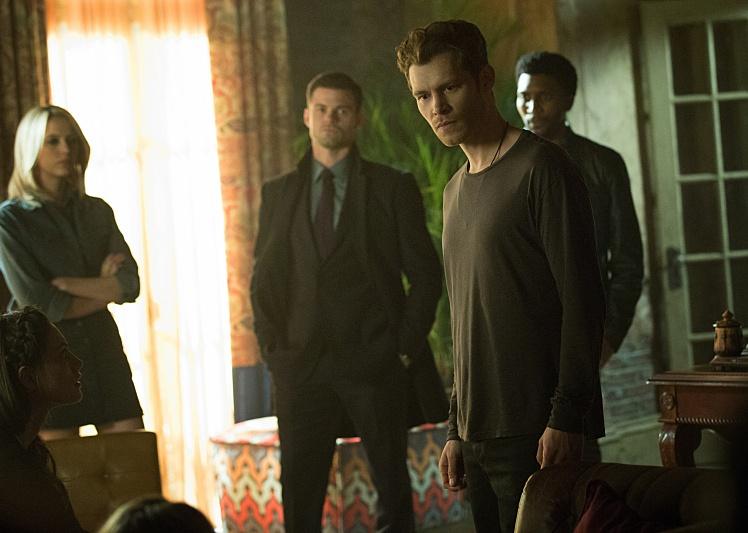 In 2009, "The Vampire Diaries"—based on the young adult book series by L.J. Smith—began a bloodthirst for vampire shows on the CW network. Four years later, a group of characters split off to start their own storyline in "The Originals."

This aptly named spinoff centers on siblings Elijah (Daniel Gillies), Klaus (Joseph Morgan), and Rebekah Mikaelson (Claire Holt), the first vampires ever created. Now over 1,000 years old, they return to New Orleans to reclaim power over a city they helped build many years before. "The Originals" was well-received by fans, achieving a notably higher IMDb user rating (8.3) than "The Vampire Diaries" (7.7). 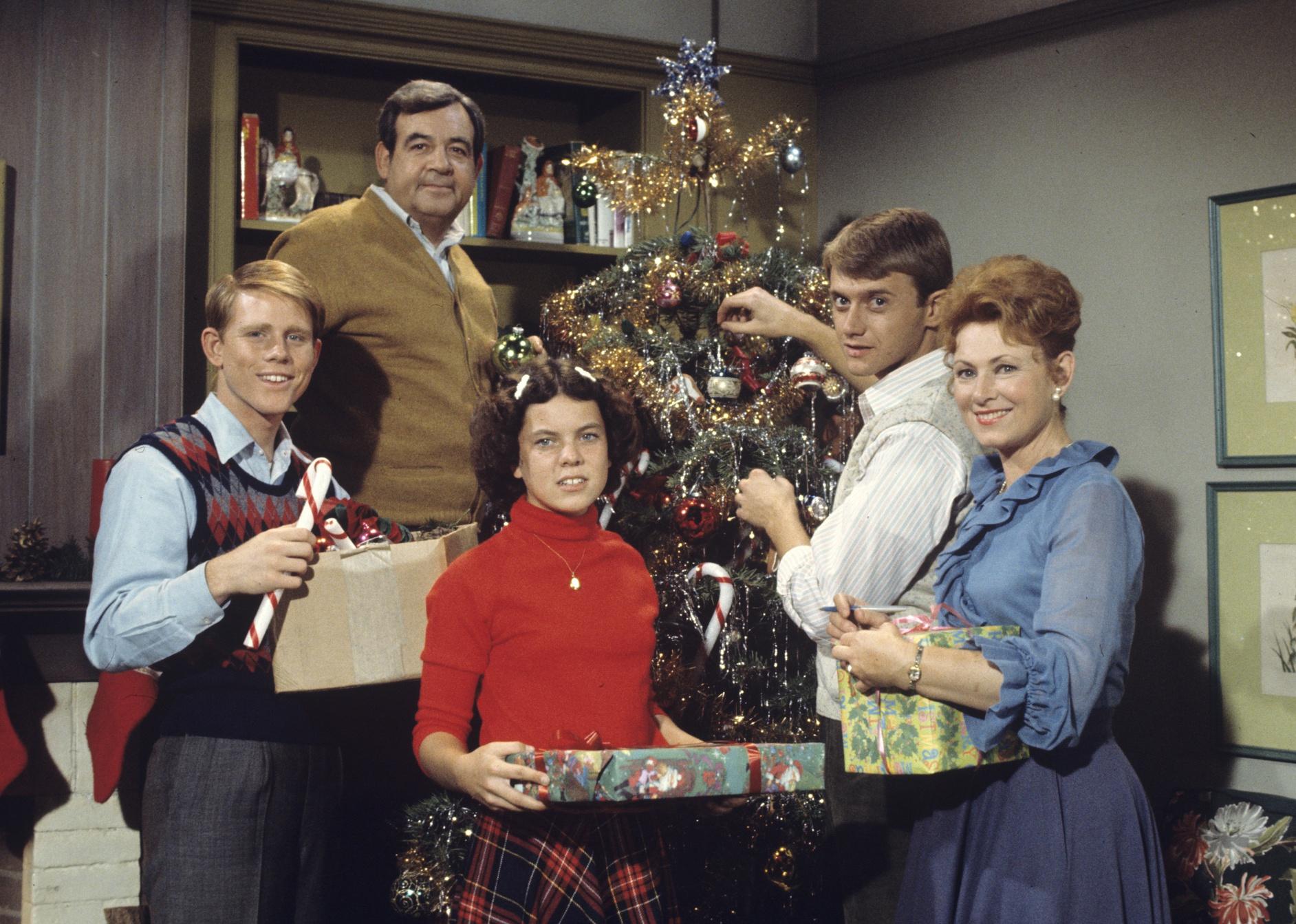 In 1971, when Garry Marshall first pitched his pilot about a 1950s Midwest family, no networks picked up the show. Instead, it became an episode titled "Love and the Happy Days" on the popular anthology series "Love, American Style."

A few years later, when the film "American Graffiti" had box office success, ABC reconsidered "Happy Days" and gave Marshall's project the green light. With this, the quintessential 1950s sitcom about the Cunningham family—and cool greaser "The Fonz"—was born. "Happy Days" rocketed actors like Ron Howard, Henry Winkler, and Scott Baio to fame, and the show remains beloved with a 7.4 IMDb user rating, trumping that of "Love, American Style" (6.8).

You may also like: Famous TV shows that ended in controversy