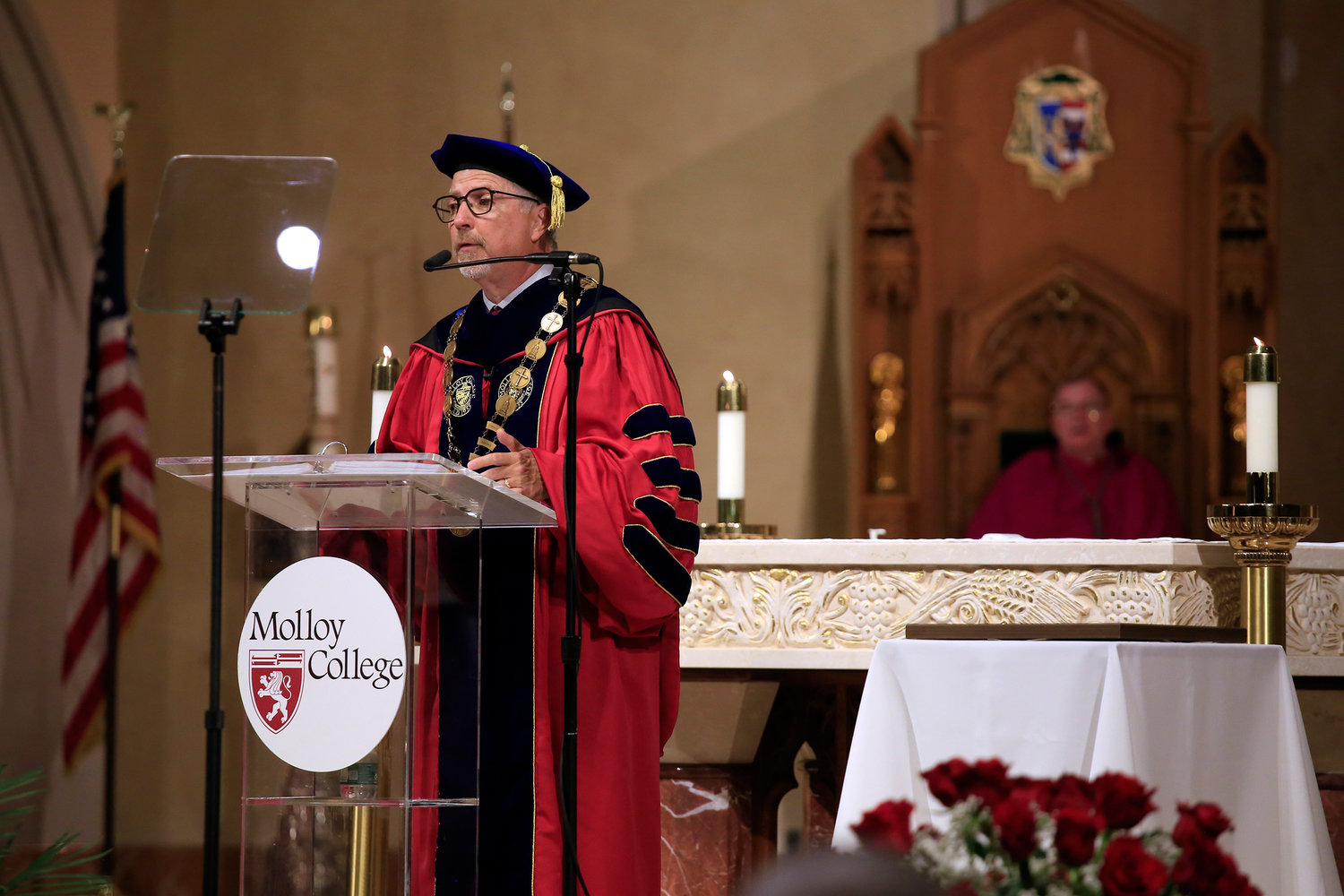 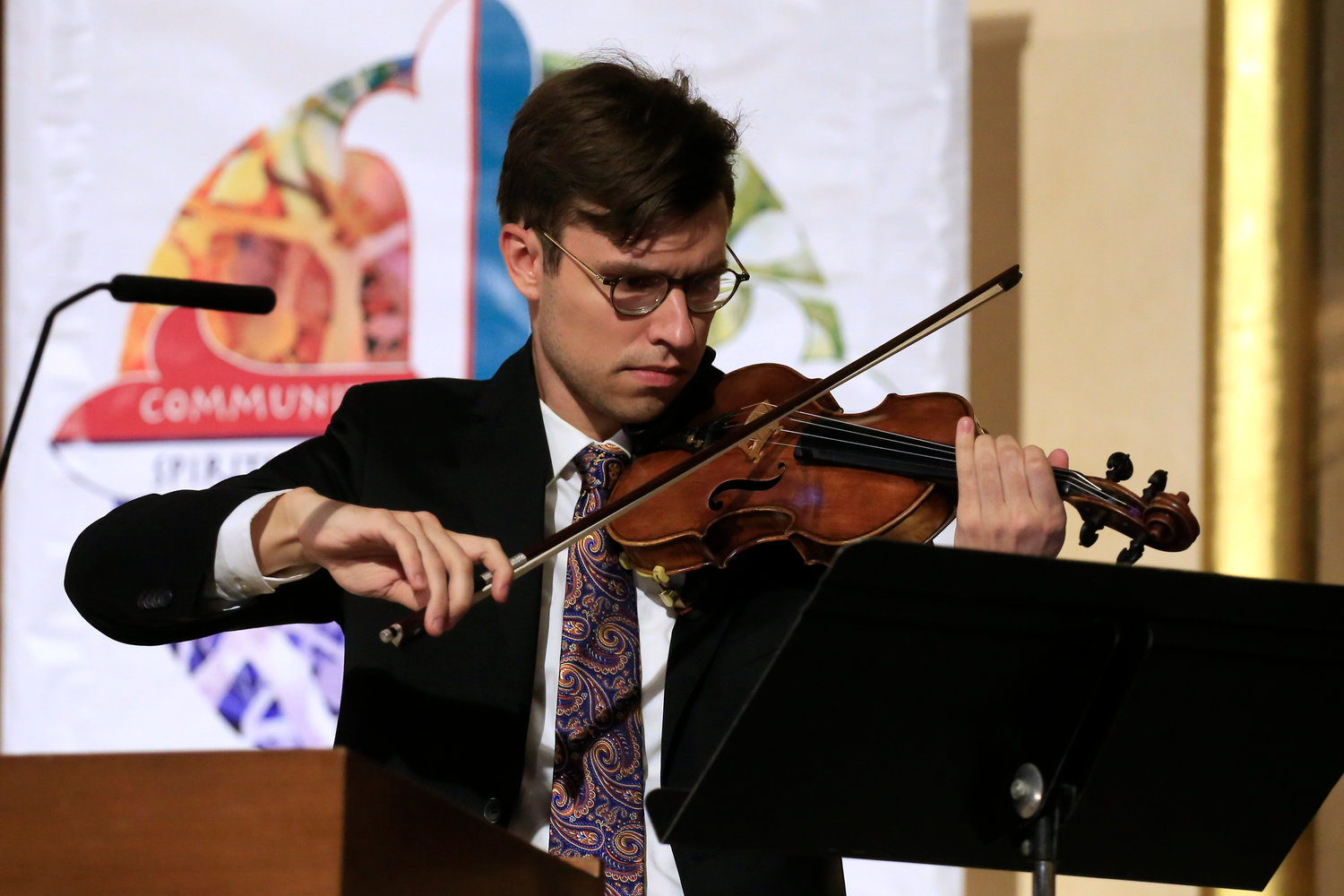 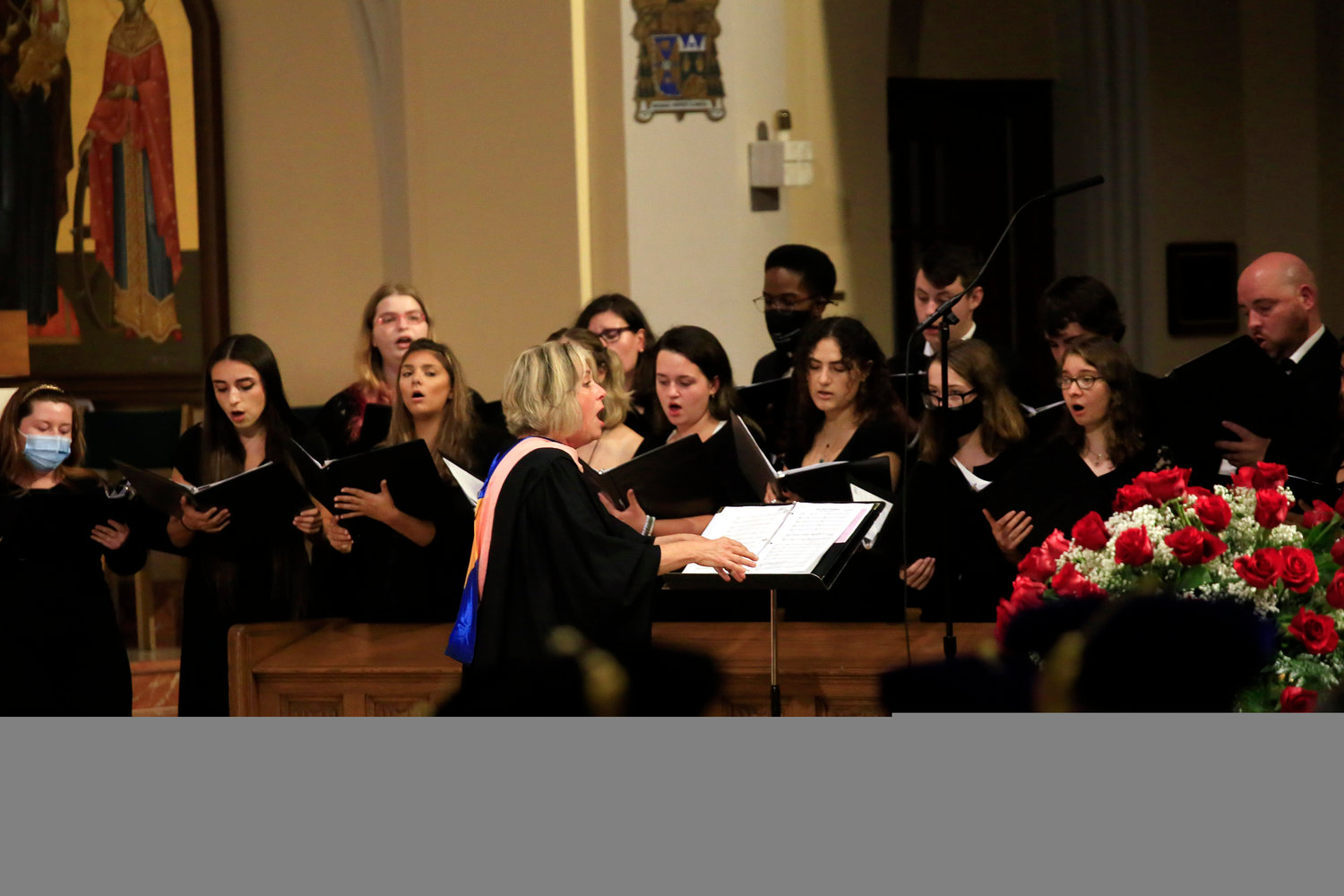 Dr. James Lentini was welcomed to Molloy College as its seventh president on Sept. 23, at a mass and ceremony at St. Agnes Cathedral. Lentini, a Michigan native, addressed the gathering at the church and outlined his vision for the future of the school, including possibly rebranding it Molloy University.

In his inaugural address, Lentini outlined his plans to innovate by adapting to the changing demographics of Long Island. “We must embrace the changes occurring right before our eyes, requiring innovation to go beyond our tried-and-true methods,” he said.

Lentini also noted the challenges that the college, and higher education in general, now face. “At a time when dubious social media feeds would have you believe that the difference between fact and fiction is a mere matter of opinion, we need more people than ever who can think critically and act with empathy to their fellow human beings,” he said. “These are the traits that a college-educated individual brings to our society.”

Lentini quoted statistics from the U.S. Department of Labor and the Lumina Foundation, an independent, private foundation committed to making opportunities for learning beyond high school available to all. College graduates are five times less likely to be imprisoned, and tend to live about a decade longer than those with only a high school diploma. “Higher education is a public good,” Lentini said, highlighting the importance he sees in Molloy’s School of Education and Human Services.

With the pandemic continuing, he also noted the significance of the school’s Hagan School of Nursing and Health Sciences. “Health-related professions will remain in high demand for years to come,” Lentini said, “and Molloy’s stellar reputation in this domain provides us opportunities to grow our programming.”

Outlining his vision for the college’s future, Lentini said he expected the need for health-related professionals and educators to push enrollment past the current total of 4,800.

Roger Tilles, Regent of the State Department of Education, who was awarded the President’s Medal by Molloy in 2018, expressed his pleasure in working with the school in the past. “I witnessed Molloy’s growth as one of the top institutions of higher learning not only on Long Island, but also in New York state,” Tilles said. “I am looking forward to welcoming one of our fine colleges into the university class.”

Lentini’s son, Luke, showed that his parents’ musical talents run in the family, offering a musical interlude between the Mass and the inauguration ceremony, performing “Méditation de Thaïs” and “Prelude from the Violin Partita” on violin. The Molloy College Choir also performed an original, award-winning piece for Lentini entitled, “Peace I Leave with You.” It is dedicated to, and was originally performed by, Dana Lentini, the new first lady of the college, in 2001.

It was only fitting that music played a large role in the ceremony, because it was Lentini’s desire to be a rock star, after watching the Beatles on “The Ed Sullivan Show” in 1964, that eventually led him to study music composition at the University of Southern California and become a professor of music at Wayne State University in Detroit in the late 1980s.

“College president wasn’t anywhere on my list of career choices back then,” Lentini said. “My passion for music led to places that I’d never imagined.”

Dr. Ora Hirsch Pescovitz, the president of Oakland University in Michigan, lauded Lentini for his efforts in setting enrollment records in his time as provost there. For his efforts, Lentini was awarded the university’s Presidential Medal of Excellence for exceptional leadership.

“I think those of us who have had the great fortune of having worked with President Lentini know best that you are ready now to be president,” Hirsch Pescovitz said.

Lentini started his tenure as president of Molloy in June 2020, succeeding Dr. Drew Bogner, who had led the college since 2000. John McEntee, chair of the board of trustees, said that the task of replacing Bogner was a daunting one because of the job he had done expanding the school to what it is today. Lentini was chosen from a field of 80 candidates to uphold the school’s motto, to “honor tradition and embrace innovation.”