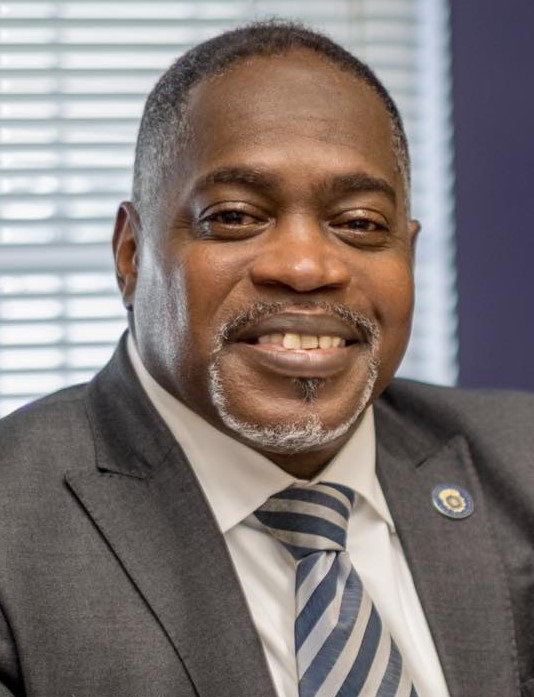 Hempstead is not alone in pursuit of a better community for its residents.”
Mayor Waylyn Hobbs, Jr.

This past week, I had the honor to visit our nation’s capital and represent the Village of Hempstead at the 2022 African American Mayors Conference.  I was equally proud and thankful to sit with the leaders of various levels of government from across our great country to discuss issues of mutual importance to us all.  While this country is vast, diverse, and regionally different, it was enlightening and eye-opening to learn that many communities face very similar issues - which, to me, means that Hempstead is not alone in pursuit of a better community for its residents.

The Village of Hempstead is proud to be New York State’s largest village.  As a matter of fact, the Village of Hempstead, its operations, services, and obligations to its residents, in many cases are larger than some other states’ large cities.  Given that the Village of Hempstead is home to tens of thousands, encompasses various landmarks, infrastructure, and thoroughfares that are vital to the greater Nassau County and Long Island region, I had the ability and experience, as your Mayor, to offer insight to others who face obstacles and challenges that we have faced head-on and since overcome.

Additionally, though, the various Mayors and Chief Executives who I met with share my concerns about gun violence and crime at large.  As a country, we have been amidst a crime surge.  However, as I announced in my State of the Village Address in April, the Village of Hempstead’s efforts to quell crime has led to a 15% reduction of crime in Hempstead.  Unlike some of the other areas across the country that themselves have witnessed a double-digit crime spike, Hempstead is getting safer, much to the delight of its residents, taxpayers, homeowners, and business owners.  I gave particular recognition to our outstanding law enforcement, whose state-of-the-art police work has led to this drastic reduction in crime.

The conversation encompassed a myriad of topics, but another one that was raised was illegal guns in the hands of criminals.  This provided me the opportunity to offer our successes as well - given that we have taken 70 illegal guns off the Hempstead streets so far this year.  However, I was also privileged to speak with other municipal leaders, many of who served - as I do - in the dual role of Mayor and Police Commissioner for our Village, about what techniques are having success in their respective areas.   I will consider and converse with our Chiefs about these methods to determine whether their implementation is appropriate in Hempstead to continue our successes.

Furthermore, another topic of conversation that united the conference was a unilateral commitment to ending human trafficking in the United States.  We all pledged to do our part to address and stem the tide of human trafficking in our respective communities, and with this said, I plan to continue to hold up Hempstead’s end of the promise.  It’s of critical importance that we acknowledge and address this issue of humankind on the grassroots level - which begins with a conversation about its existence and must include human services and law enforcement partners in our strategic plan to its end.

As a government leader, I have learned that it is important to work alongside our intergovernmental colleagues to better Hempstead and our communities - after all, a rising tide does raise all ships.  This literal “meeting of the minds” of many of our nation’s changemakers helped further my understanding of the issues that face Hempstead and our nation, and I was pleased to participate.  I look forward to representing our Village and spreading the good word about our Village’s success to fellow government leaders across the country in the future.