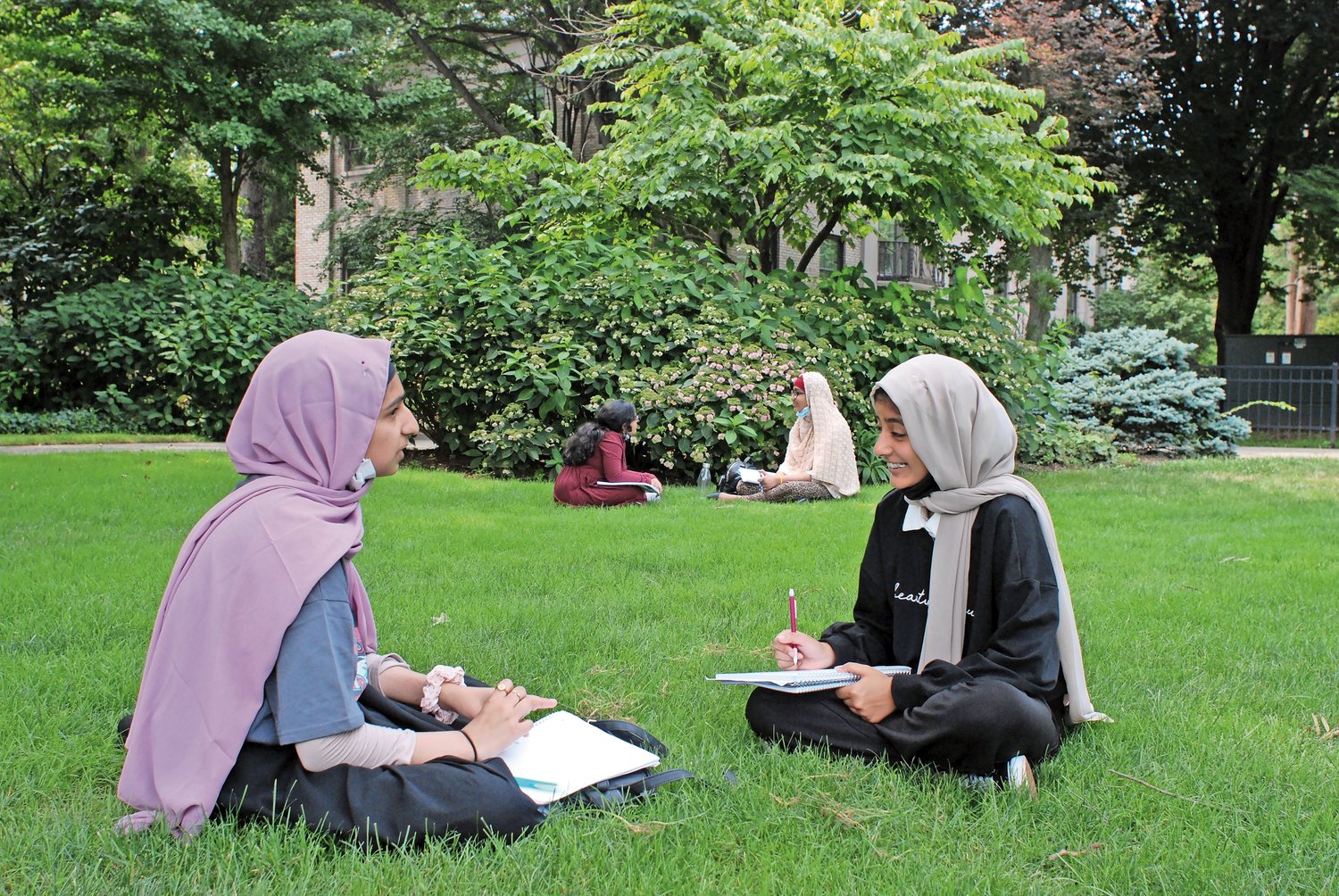 Hadia Choudhry, foreground, left, and Saher Din, both of Valley Stream, interviewing each other for biographies that they wrote at the recent Hofstra High School Summer Journalism Institute. At back were Mariam Faisal, of Queens, left, and Emaan Tehseen, of Valley Stream.
Scott Brinton/Herald 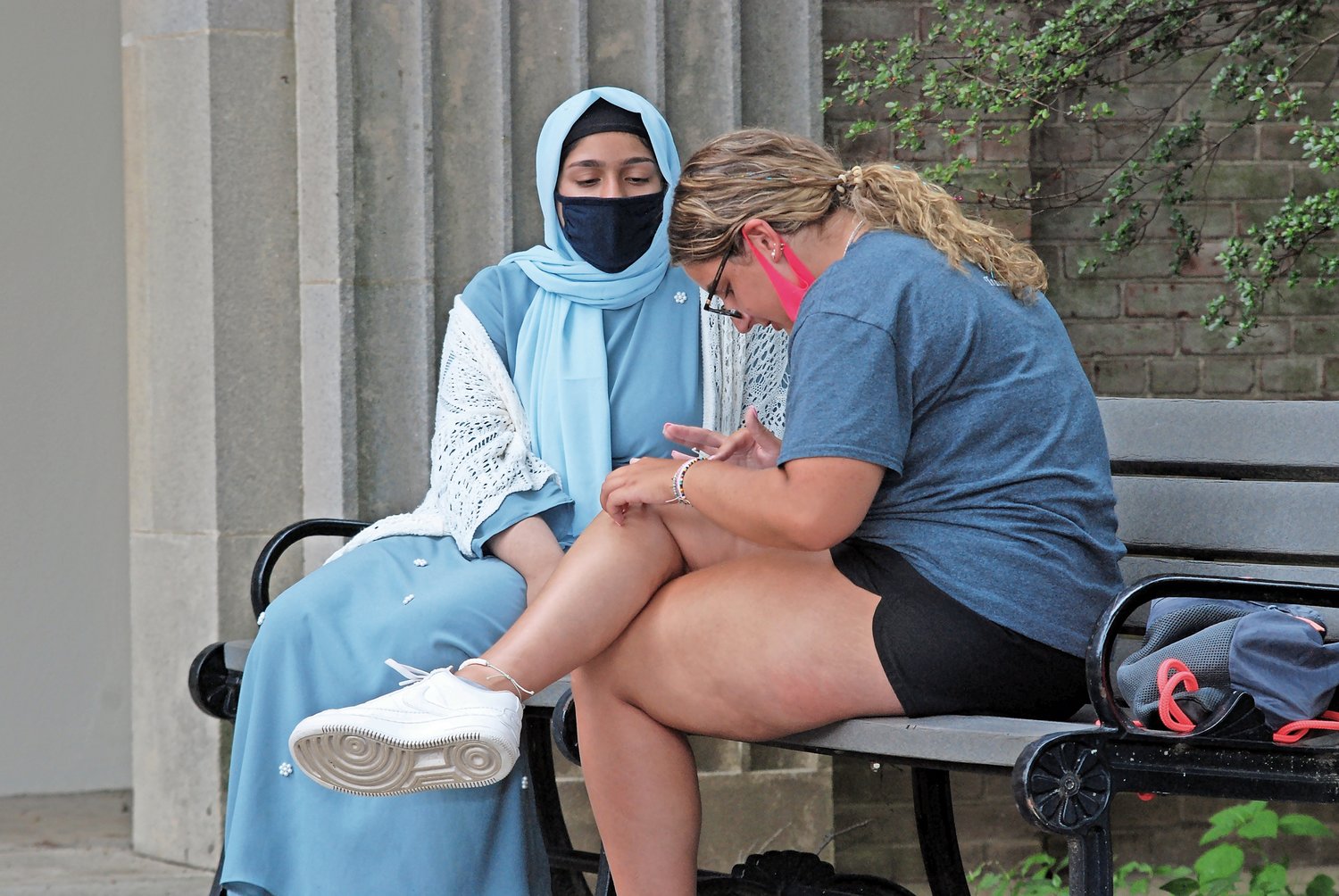 Momna Choudhry, of Valley Stream, a recent graduate of the Crescent School in Hempstead, and Kristanna Petrillo, of Lindenhurst, a rising senior at St. John the Baptist Diocesan High School, interviewing each other.
Scott Brinton/Herald 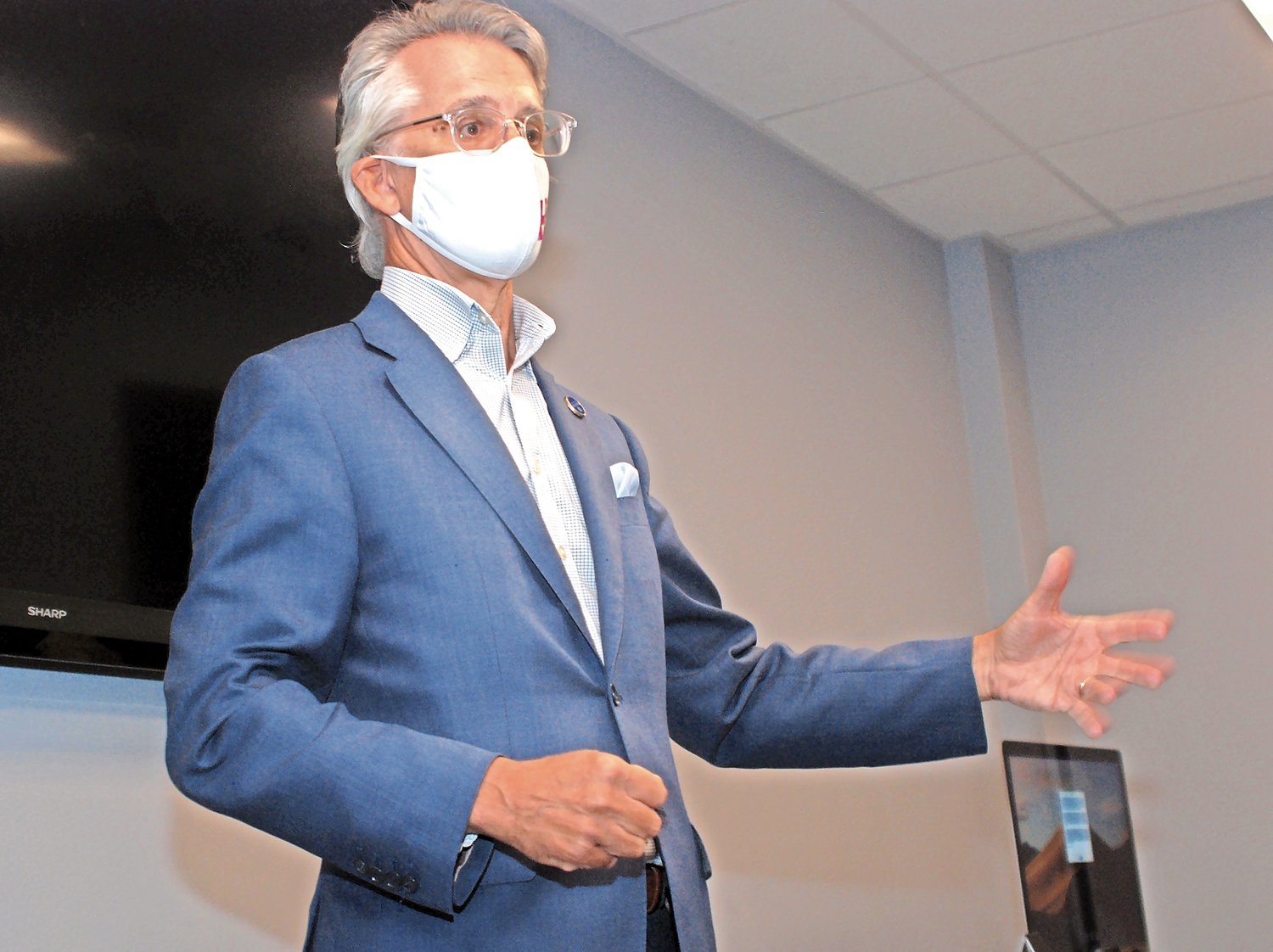 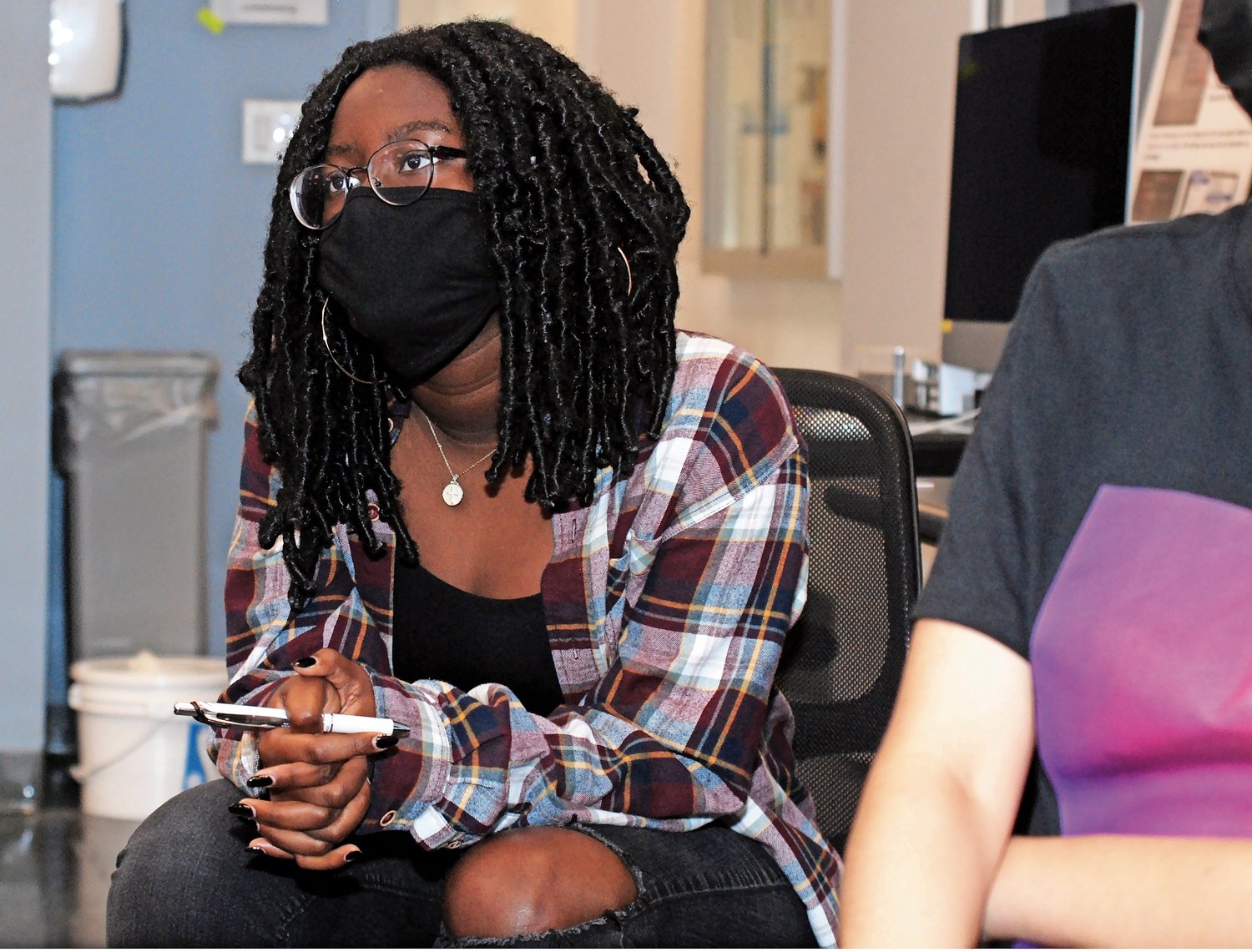 Divina Boko, a Freeport High School junior, listening in on the talk given by Lukasiewicz.
Scott Brinton/Herald 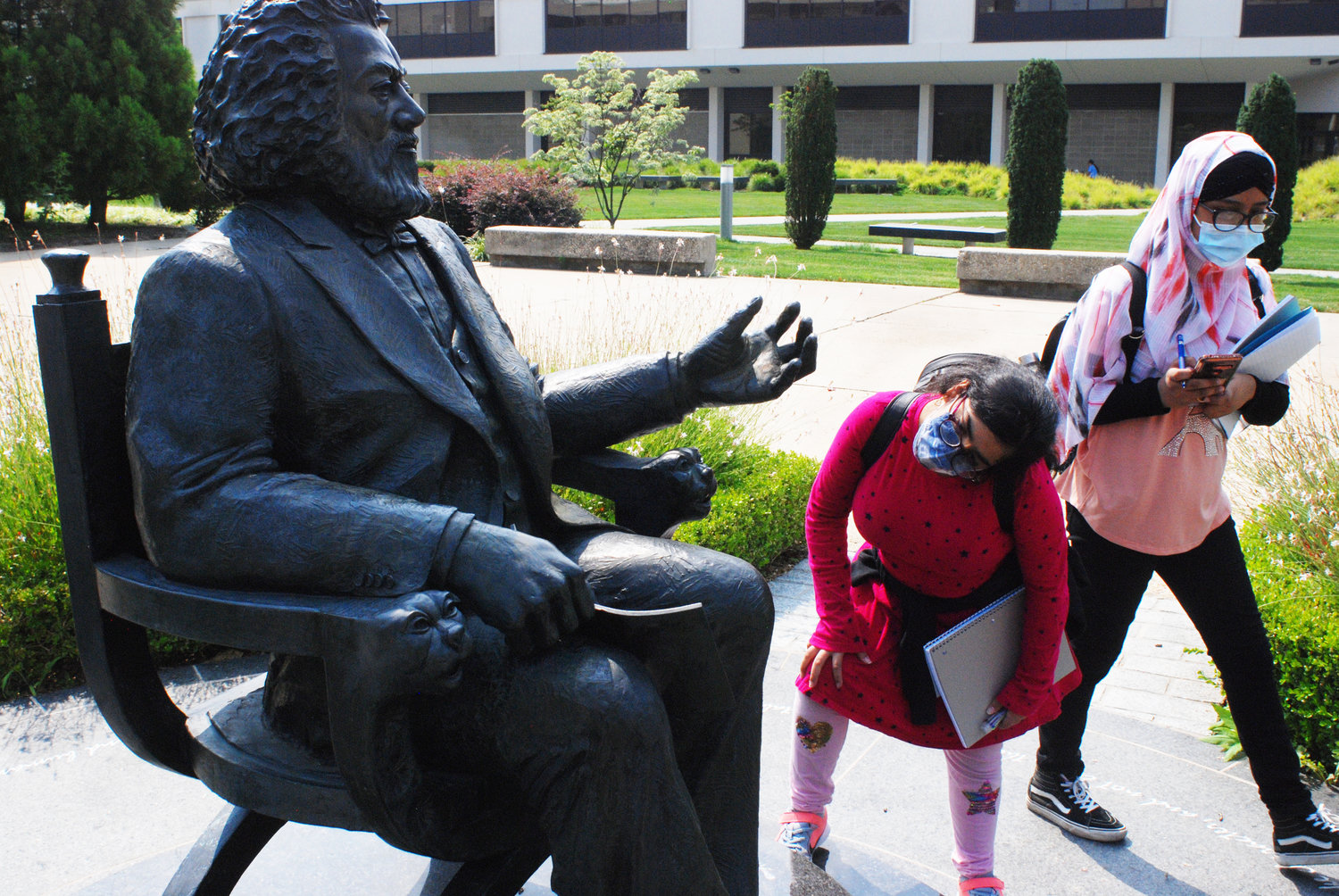 Mariam and Emaan checking out Hofstra's Frederick Douglass statue on a tour of the university's outdoor sculpture gardens.
Scott Brinton/Herald 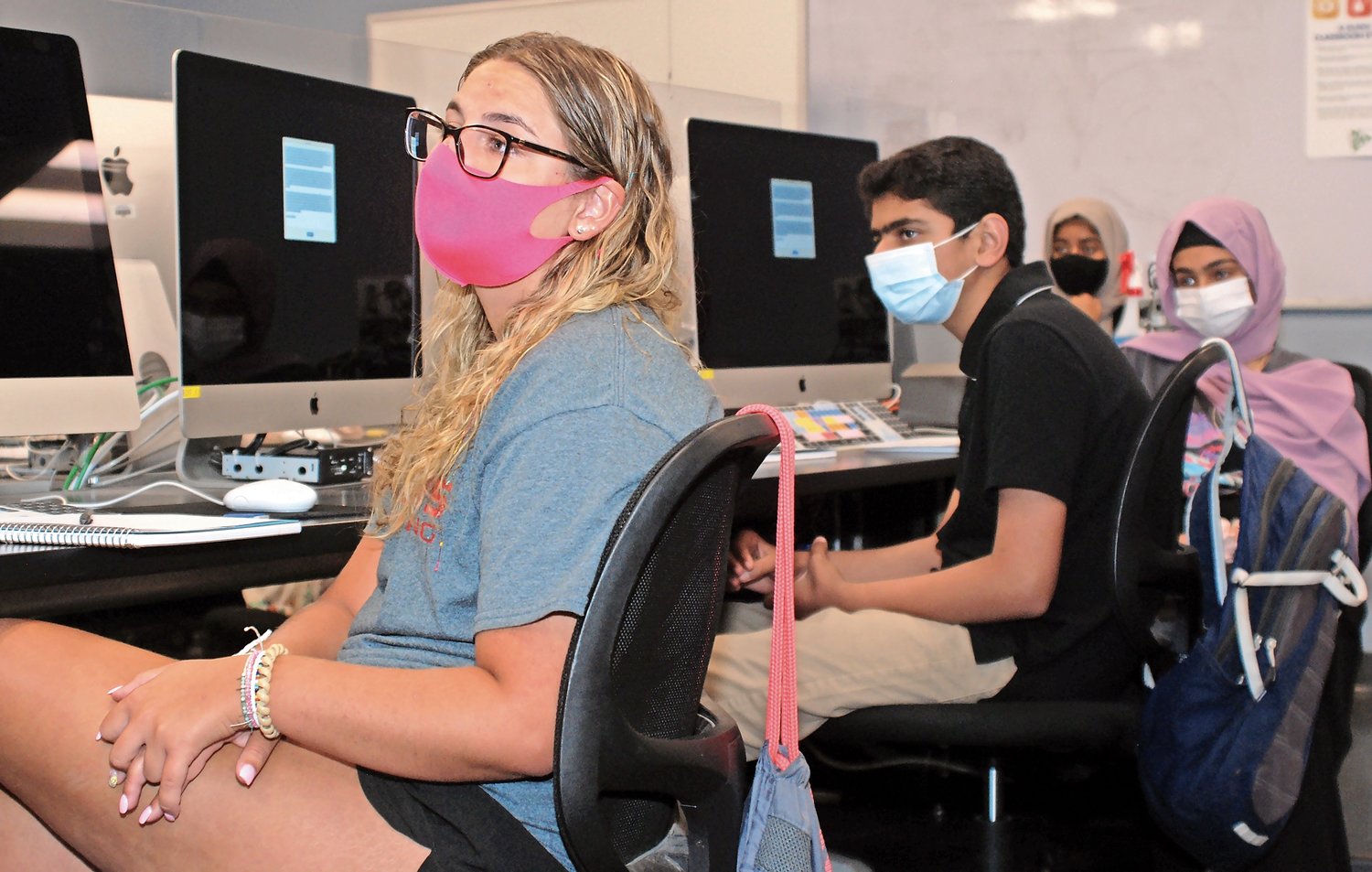 Kristanna with Muhammad Suleman, of Valley Stream, taking in on one of the institute’s many lectures.
Scott Brinton/Herald 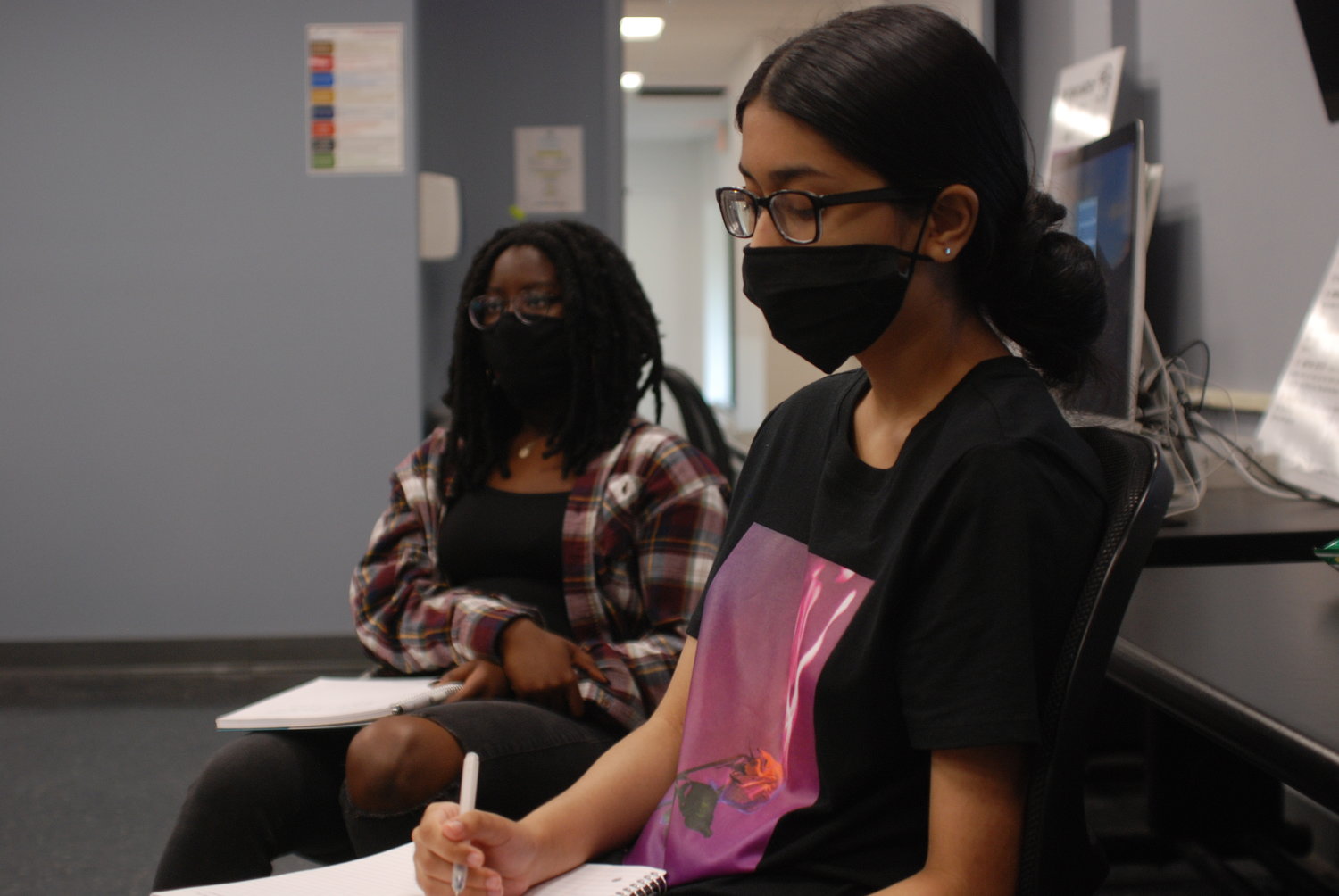 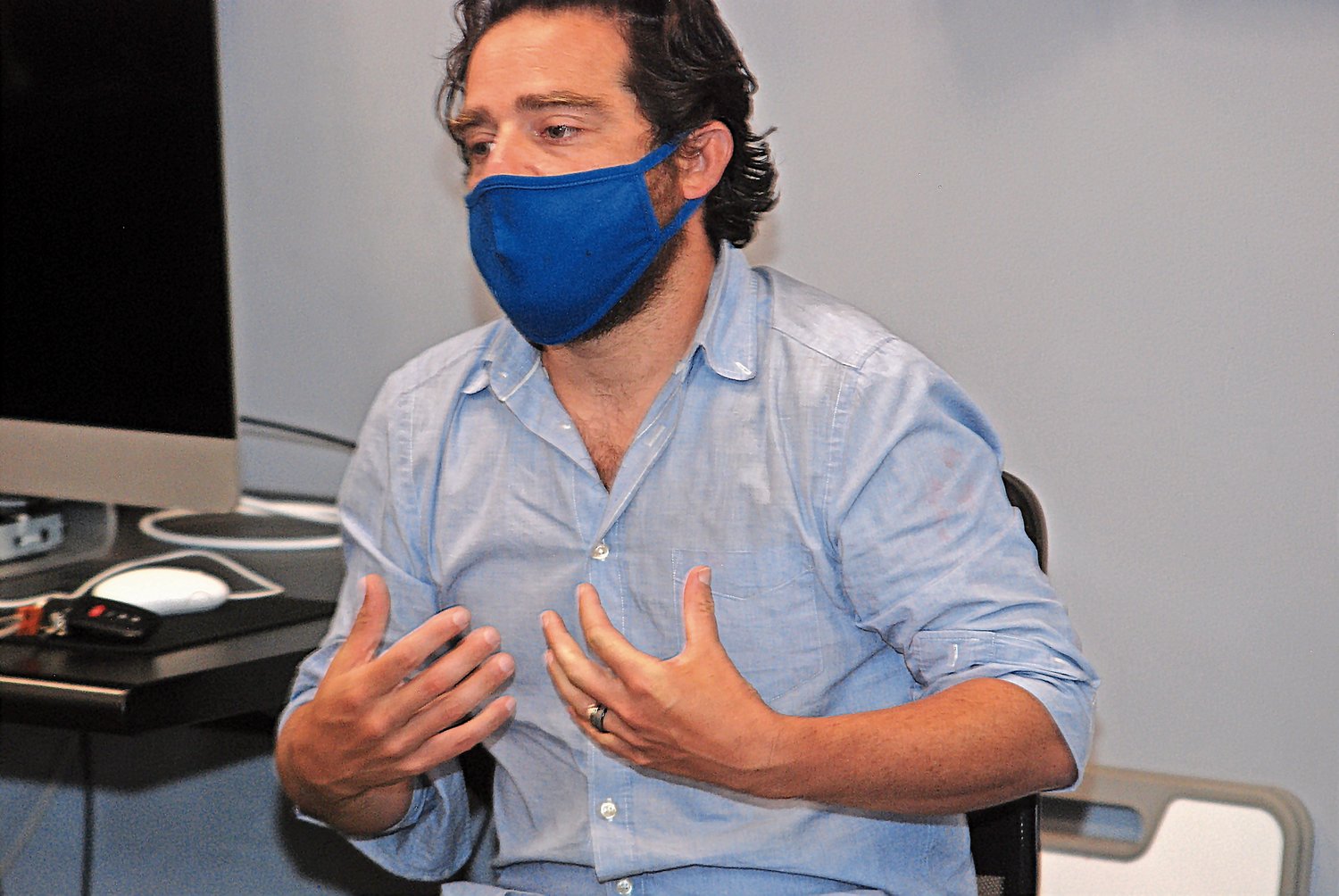 Michael Otterman, of the Bernard and Sandra Otterman Foundation, speaking with the students.
Scott Brinton/Herald
Previous Next
By Matthew Cudahy

Nine Nassau County students, including four from Valley Stream, one from Elmont and one from Freeport, took part in this year’s Hofstra University High School Summer Journalism Institute, learning firsthand the ins and outs of the media industry.

The institute, which is funded by the Bernard and Sandra Otterman Foundation, aims to encourage diversity in the media, with almost all of the participating students coming from communities of color.

“The institute is just so much fun,” Brinton said. “It’s fast-paced — the week just flies by — but I really do believe the students come away with a much better understanding of the media industry and the potential career opporunities that it presents.”

The students spent the week working on the foundational elements of journalism, including writing articles, editing videos and meeting deadlines. They also explored a range of media, from radio to print.

“I’ve always been very fond of radio, and this week I learned a lot about it, and I definitely will look into that as a career now,” said Hadia Choudhry, a junior at Crescent School in Hempstead and a Valley Stream resident.

The students also got to hear from a slate of speakers throughout the week, including:

Michael Otterman, author and program coordinator for the Otterman Foundation, and a former Herald intern and freelancer.

Mark Lukasiewicz, dean of the Hofstra Herbert School of Communication and a former news executive at ABC and NBC.

Nakeem Grant, editor at Herald Community Newspapers and an alumnus of the Hofstra Graduate Journalism Program.

“I really enjoyed the guest speakers,” Momna Choudhry, a recent graduate of Crescent School and a Valley Stream resident, said. “Hearing the different perspectives and different aspects of the industry was amazing and very informative.”

The week was an eye-opener for many of the students, as it introduced them to the numerous possibilities in the industry, and even convinced some to consider careers in media, according to a post-institute survey of the students.

“I like writing, and I’ve learned that journalism allows you to experience new and different things day to day,” Emaan Tehseen, an Elmont High School freshman and Valley Stream resident, said.