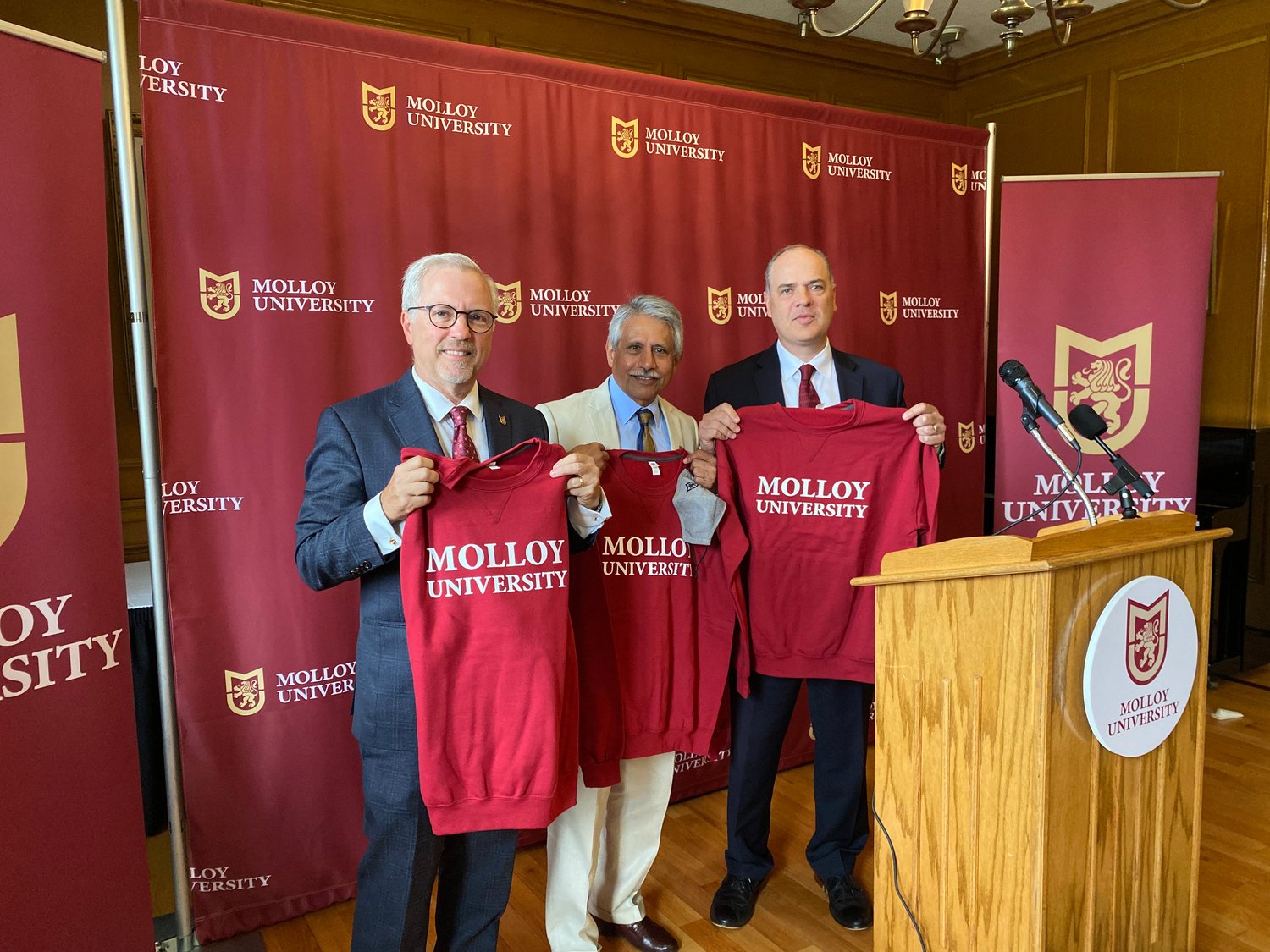 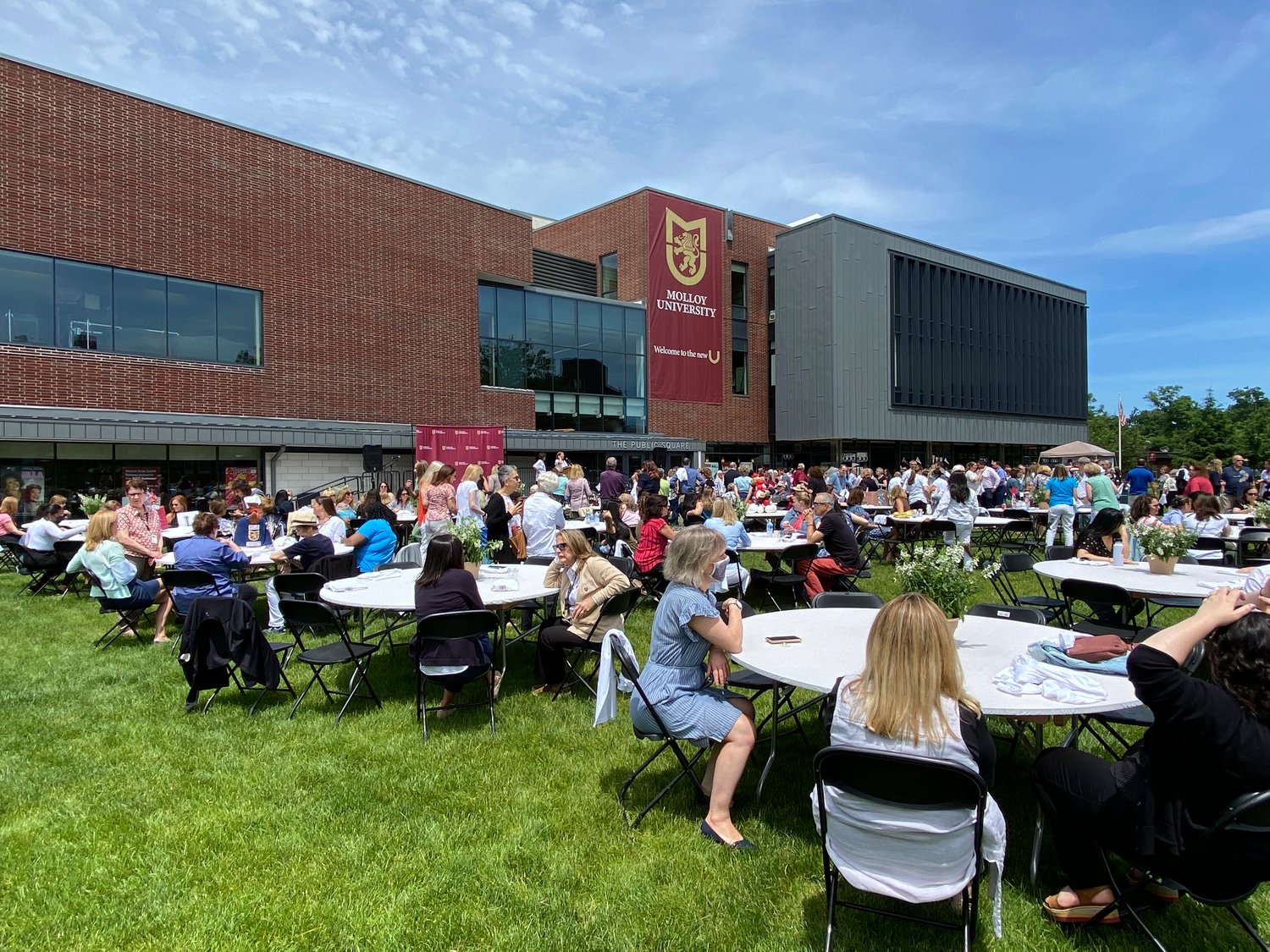 I know that generations of Molloy students will benefit from his remarkable generosity.”
John McEntee, chair, Molloy University Board of Trustees
By Tom Carrozza

Molloy University not only has a new name, but it also has a new gift — a $2 million one the school describes as its largest single gift in its 67-year history.

It was delivered by S. Zaki Hossain, president of Pintail Coffee, a Farmingdale-based “charitable roaster” as it’s described, which he helped found in 2013.

The donation headlined the first large-scale, in-person event for the school with its new university status. What was formed as an all-women’s’ school in 1955 by the Sisters of St. Dominic in Amityville has grown to a roster of 4,800 undergraduate and graduate students.

Hossain’s donation will be earmarked for Molloy’s new workforce development program, intended to provide training for private industry employees, with a focus on health care. Molloy’s Barbara H. Hagan School of Nursing was ranked among the best nursing master’s program and best doctor of nursing practices in the nation by U.S. News & World Report.

“Zaki serves as a shining example of the great promise of America, which is that tremendous things can be achieved through education, integrity and education,” John McEntee, chair of Molloy’s board of trustees, said during the densely packed ceremony. “I know that generations of Molloy students will benefit from his remarkable generosity.”

Hossain immigrated from Bangladesh in 1979, earning a master’s degree in engineering from what was now the New York University Tandon School of Engineering in Brooklyn. He spent a decade in the engineering field before launching Modern Packaging in 1989, which helped develop of the K-Cup manufacturing technology used by millions today for single-serve hot beverages like coffee and teas.

“I always felt that preparing our graduates with experience in the real field is very important,” Hossain said. “I feel my success is going to be when somebody comes to me and says that, ‘Because of you, my life is so much better.’”

Hossain’s Pintail Coffee is on a mission to address hunger globally, donating every single cent of the company’s profits to hunger-relief organizations.

As part of the festivities, the university also announced a partnership with Catholic Health Services, which operates Mercy Hospital in Rockville Centre. Molloy nurses have continued to reinforce the workforce pipeline, which has been especially important during the Covid-19 pandemic.

“We share the same values, as we are Catholic institutions, founded in faith and driven by mission,” said Dr. Patrick O’Shaughnessy, president and chief executive of Catholic Health. “Many of the students who graduate from Molloy with nursing degrees come to Catholic Health to commence their careers in health care, and are a huge asset in our vital work.”

Molloy will also continue its work with another local hospital, Mount Sinai South Nassau in Oceanside. The university has seen many of its nursing gradates begin their careers there, Lentini added, and Mount Sinai will show its appreciation by sponsoring the 2022 Summer Series of shows at Molloy’s Madison Theatre.