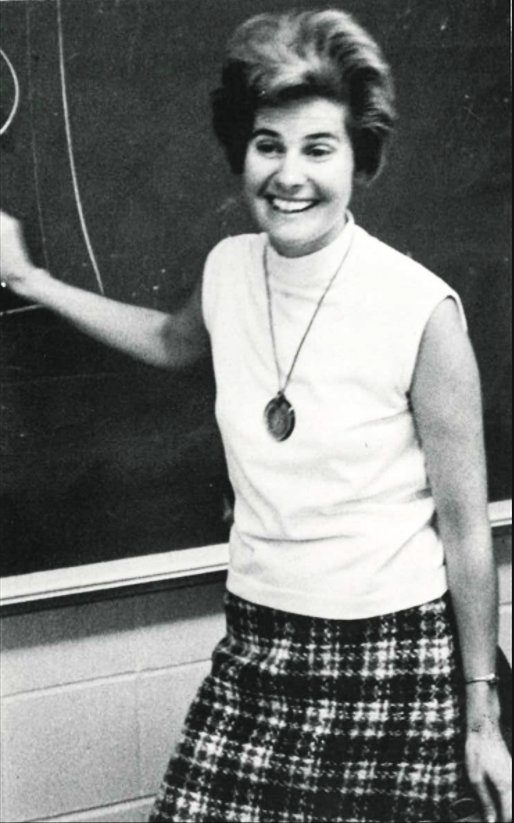 Moore was known professionally as A. Patricia Moore, but friends called her Pat. She was born April 4, 1933, in Orange, New Jersey. Six months later, her family moved to 30 Seitz Ave. in Hempstead, which became Moore’s lifelong residence. Her only sibling, Emily, born in 1937, became an internationally known nutritionist and died in 2012.

In 1972, Moore switched careers. She earned a law degree from Hofstra University and practiced with the Legal Aid Society in Kew Gardens, Queens. In 1977, she and three other Legal Aid lawyers founded Cooperman, Harding, Mulholland, and Moore, handling wills, estates, elderlaw, and incompetency matters. Ultimately, the firm became Harding and Moore, and James Harding continued as Moore’s legal colleague and law firm partner until her death.

Always active in Hempstead Village, Moore joined the League of Women Voters, was for a time secretary of the Hempstead NAACP, was very active in the Hofstra University Alumni Association, and served as president of the Hempstead Chamber of Commerce.

She and John Van Buren, a Black professor at Hofstra, became the first Democrats — and Moore the first woman — elected to the village board of trustees, serving 1979–1983.

In 1981, Moore ran for mayor against George Milhim, garnering 48% of the vote. She acted as Special Counsel for Intergovernmental Affairs for the Village of Hempstead until the early 2000s.

Moore was the Democratic commissioner on the Nassau County Board of Elections from 1982–1985, and was also the state committeewoman for the 18th Assembly District. As founder and president of Celebrate Hempstead Village 350, Inc., she mounted an award-winning 350th anniversary celebration in the form of a two-day street fair on Nichols Court in July 1993.

In 2014, the village inducted her to its Wall of Fame at Kennedy Memorial Park.

It was Moore’s wish that her remains be cremated. A memorial date is set for Saturday, Oct. 15, at St. George’s Church, 319 Front Street, Hempstead. Her cremains will be present. Those who wish can pay their respects from 10 to 11 a.m., with a service immediately following. Moore’s cremains will then be taken for interment in the columbarium of Holy Cross Monastery.

Henrietta Dobin, known as 'The Energizer Bunny,' dies at age 111