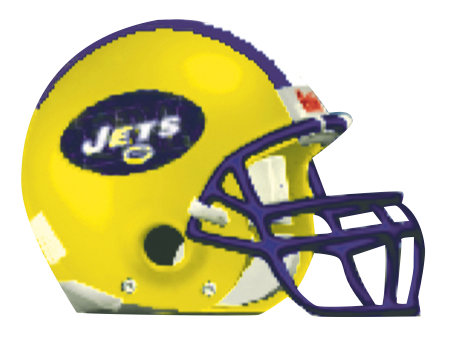 East Meadow made a successful return to Nassau Conference I last season after a brief stint in II. The senior-led Jets went 4-2 and pitched a couple of shutouts in the process of being one of the last four teams standing.

Now in rebuilding mode with only a couple of starters returning, new head coach Frank Baglivo is looking for a positive summer program to serve as the springboard to another playoff push. Seeded seventh in the 12-team conference, the Jets open at home against defending county champion Massapequa in a rematch of a playoff semifinal.

“We accomplished a lot with a large group of seniors,” said Baglivo, who ran the varsity defense for two years after a two-year stint as JV head coach. “We’re only returning a few kids with a lot of varsity experience so we’re definitely rebuilding,” he added.

Patrick Spinola was one of East Meadow’s defensive leaders as a junior, and he’ll continue to do so moving from free safety to cornerback, but now he’s become the offensive focal point as the starting quarterback. He was listed as the backup last season but didn’t take a snap. “We’re running the triple option and Patrick is a huge threat on the ground and improving as a passer,” Baglivo said. “He’s a great athlete and very smart.”

Taking what the defense gives is how the Jets will attack. Spinola and wing backs Shane McIntyre and Brian Terino are the likeliest ballcarriers. McIntyre, a senior, was one of the team’s leading receivers in the spring and the idea behind the position change is to get him more touches. “He’s versatile with great hands and can accelerate in the open field,” Baglivo said of McIntyre, who on defense moves from cornerback to free safety. Terino, a junior, raked at the JV level and led the team to a 5-1 mark. He’ll also play outside linebacker. “Brian is dynamic and fast and has great vision out of the backfield,” Baglivo said. “On defense he’s relentless in pursuit.”

Junior Joe Festa and sophomore Nick Longardino are both working at fullback and looking to crack the defensive rotation at linebacker.

Topping the depth chart at receiver is senior Brian Sureless, a big target with reliable hands and a contagious work ethic. Senior tight end Jake Barker will be utilized as a sixth linemen essentially but also see an occasional toss in his direction. Both Sureless and Barker rate among the team’s top linebackers.

Up front, guard Joe Arbitello accomplished a rare feat last season when he started every varsity game as a freshman. “He stood up to the test and got tremendous experience playing every offensive snap,” said Baglivo, who noted Arbitello will become a two-way starter by adding defensive tackle to his resume. Seniors Kyle Nacionales, Jeremiah Masih, Joe Abitabile and Donato Zampini all got a taste of varsity as reserves and are now in the mix for starting gigs along with junior Jason Reyes, the top lineman up from JV.

“As of now we’ve got six guys we’re looking at for five spots,” Baglivo said. “They’re all going to play some.”

Baglivo said a four-way scrimmage with Plainview, Bethpage and Roslyn is going to determine a handful of starting spots, backup roles and special teams units. Key September matchups against two opponents seeded below the Jets — Westbury and Hicksville — could set the tone for their playoff chances.

“We have three extremely successful opponents on the schedule with Massapequa, Farmingdale and Oceanside, and they all bring back a lot of talent,” Baglivo said. “We still have a goal to finish over .500 and make the playoffs.”