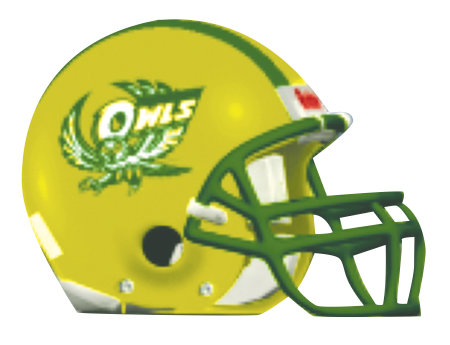 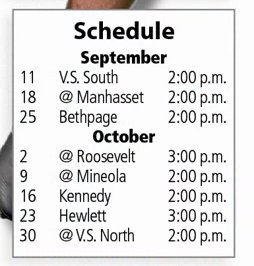 Coming off its toughest season in decades for a variety of reasons, Lynbrook gets to turn the page quickly and has adopted the mantra of “being relentless” as it tackles another challenging Conference III slate.

“Pound for pound it’s the most difficult conference in my opinion, especially with Wantagh coming back in after winning Conference IV,” Owls head coach Steve LoCicero said. “It’s the lowest we’ve ever been seeded and we just need to go out there and compete. We had a pretty strong turnout for morning workouts over the summer and we have a bunch of returning kids we’re counting on.”

Seeded No. 12 in the 14-team conference, Lynbrook, which totaled only 47 points in six defeats last season, opens at home against No. 11 Valley Stream South before getting defending county champion Manhasset and perennial contender Bethpage to round out September. The Owls face no team seeded higher than eighth over the final five weeks.

LoCicero traditionally doesn’t appoint captains, but he said if anyone fits the bill on this roster it’s senior Christian Meszaros, a third-year starter who was limited to three games last season. “He can play anywhere and make an impact and he’s a high-character leader,” LoCicero said. “He’s in tremendous shape and is talented mentally and physically. He’s a big-time difference maker.” Meszaros will be used at running back and as an occasional slot receiver, and as a linebacker/safety.

Senior Tyler Ippolito is the team’s lone returning award winner after earning All-Conference honors. Also a lacrosse standout, Ippolito doesn’t come off the field, LoCicero said, and can be at running back or tight end, as well as linebacker or safety. “Tyler has an outstanding conditioning level,” LoCicero said. “He’s a smart and versatile player.”

Senior Dylan Murphy is a physical presence (6-foot-3, 275 pounds) on both sides of the ball and extremely athletic, making him a candidate to slide to linebacker from defensive tackle. Either way, he’s key to the run-stopping plan and offensive line. “Dylan just goes about his business and is one of the standouts in the weight room,” LoCicero said.

Junior Jake Lunati is a lacrosse goaltender and talented two-way lineman on the gridiron who started every game for the Owls and played all three spots along the offensive front. “He’s athletic and versatile and has a nice season of varsity experience under his belt,” LoCicero said. “He does his job and is easy to coach.”

Others working towards a starting gig on the offensive line along with Murphy and Lunati are junior Mike O’Hagan, who has varsity experience and a firm grip on the center spot, and senior Manny Terry, who battled a shoulder injury. O’Hagan and Terry can be reliable defenders as well.

Opponents can expect to see two different quarterbacks leading the Owls. Using both juniors Michael Fagen and Christopher Lucchese will allow the unit to avoid being predictable, LoCicero said. “I think it’s going to be successful,” he said of the shared responsibilities. Fagen, one of the school’s top lacrosse players who had two touchdowns on the ground against Division, runs and throws well but will also be asked to catch the ball as a slot target for Lucchese, who was the JV starting quarterback.

Senior Demetri Chambers is a returning starting wideout, and junior Jaylin Walker is a returning varsity receiver/cornerback. Senior Harrison Kirby can work at tight end when Ippolito operates out of the backfield and get involved defensively as a linebacker.

“It’s important we were able to get back into a preseason routine,” LoCicero said.