Army Corps looking into storm protection for the bay 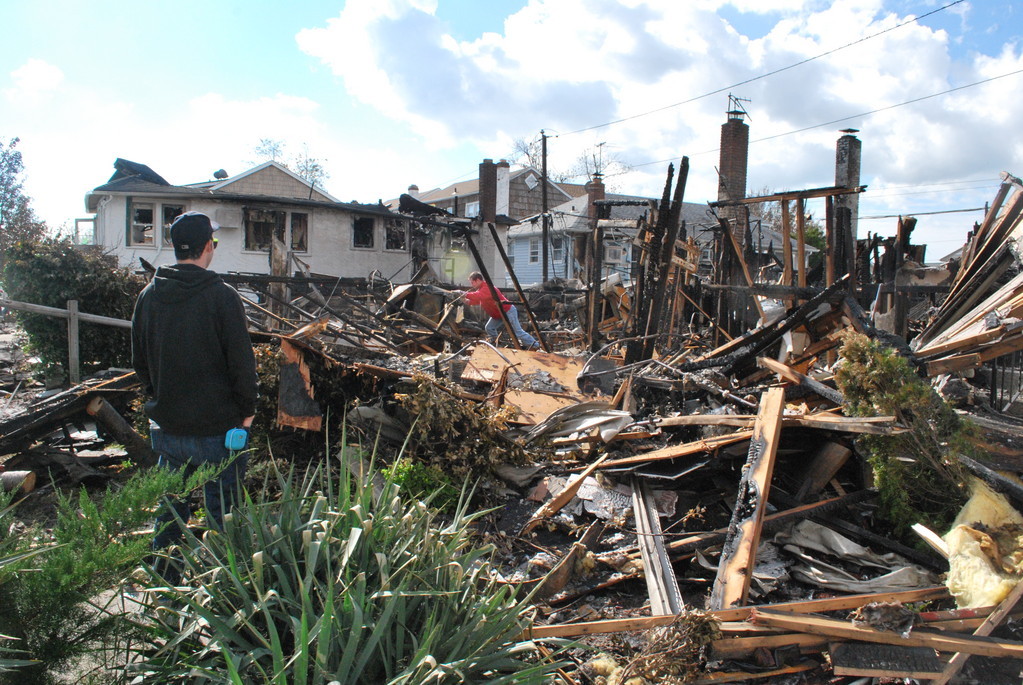 Eight homes in the Canals were destroyed in a fire during Hurricane Sandy.
Bill Kelly/Herald
By Anthony Rifilato

The Army Corps of Engineers has secured federal funding to conduct a comprehensive coastal protection study of the East Coast that includes Reynolds Channel, in what U.S. Sen. Charles Schumer described as a major breakthrough to address flooding on the northern side of Long Beach, which sustained some of the worst damage during Hurricane Sandy.

Schumer said that Long Beach, Island Park, Oceanside, the Five Towns and other bayside communities in Nassau County that were extensively flooded during Sandy are now included in a $20 million study being conducted by the corps. The Sandy Relief Bill includes funding for the study to address the flood risks of vulnerable coastal populations that were affected by Sandy, an area that runs from Virginia to Maine.

“As sea levels continue to rise, it will get progressively worse,” said Joe Vietri, director of the Army Corps of Engineer’s National Center for Coastal and Storm Risk Management.

Long Beach endured record-breaking flooding, especially in the Canals and the West End. In some areas, the ocean met the bay, much of it sewage-tinged floodwater that inundated streets and homes.

“The need to study flood protections for the bay front areas of Nassau County and Long Beach Island have been identified by previous Congressional authorizations but never funded and completed, which makes today’s announcement a major first step in putting these communities on a potential path for new federal mitigation measures,” said Schumer.

Schumer’s announcement comes two months after the City Council voted unanimously to move forward with a $150 million Army Corps project for the oceanfront that was described as the first major step toward protecting the barrier island from future storms like Sandy.